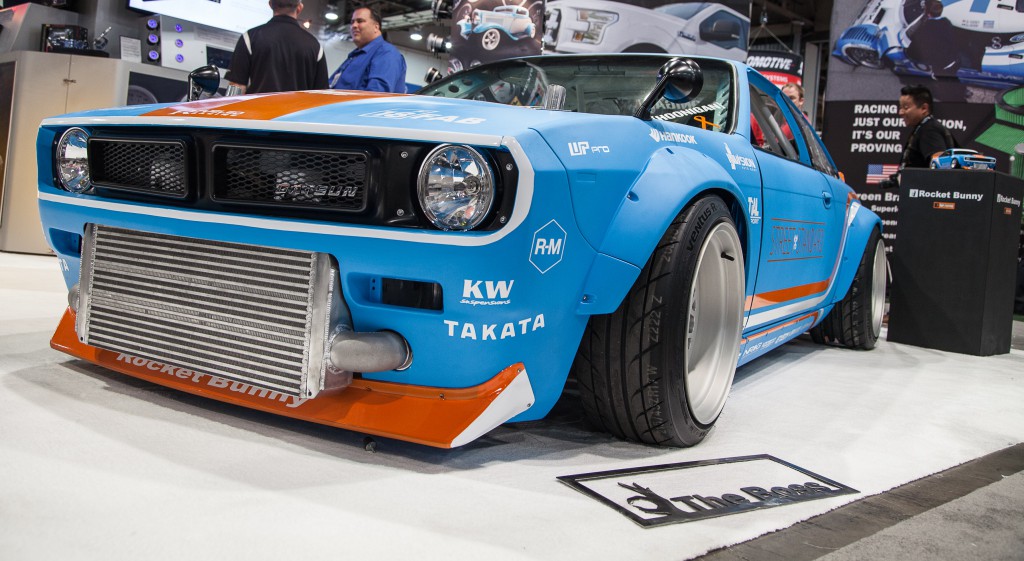 What a car! This Nissan S14 (240SX) is a sly under the metal. Already the front with the powerful intercooler causes one or the other heart dropouts.

But the overall design of the front section does not at all remind of a Silvia or a 240SX anymore. With the grill and the two round headlights, memories of the old Dodge Challenger awake. 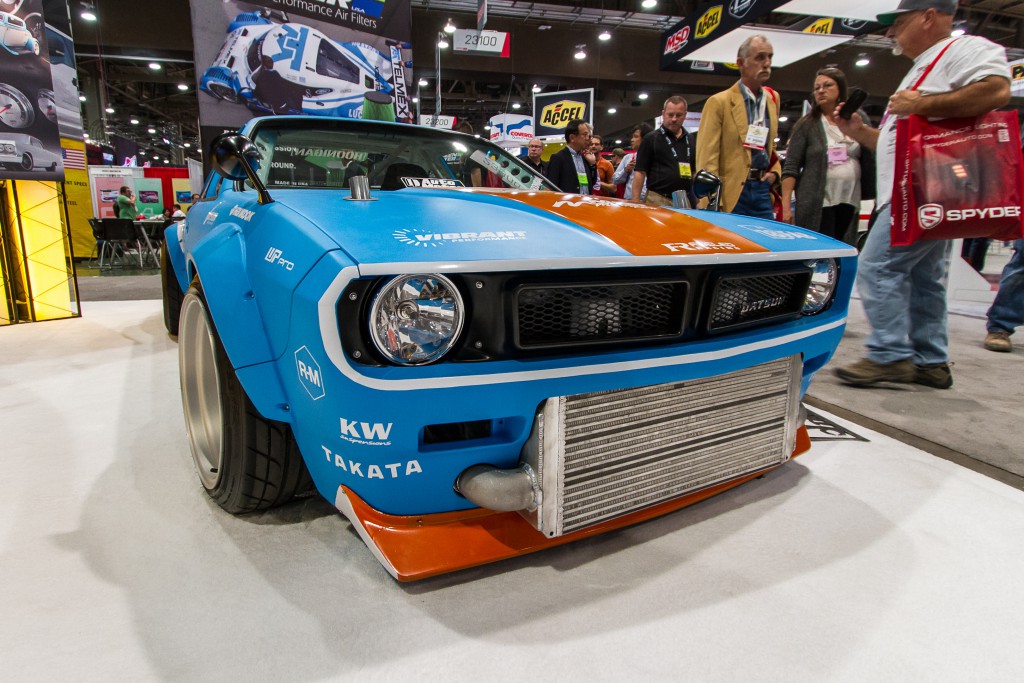 The front is an integral part of the soon available “Rocket Bunny Widebody V2 “Boss” conversion” of TRA Kyoto. And in addition to the new front including apron, grill and screwed spoiler lip, it also includes the hood and the front fenders together with their screwed wheel arch extensions. 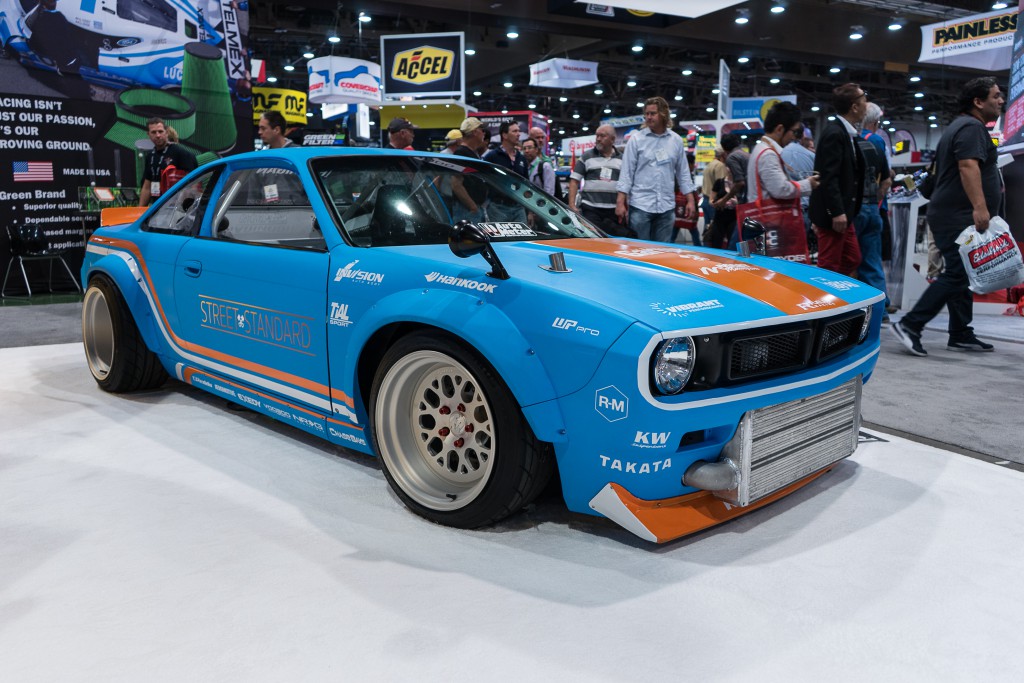 Those who order the approximately 5.000 US $ body kit at GReddy Racing in the USA will also receive the side skirts and the rear extensions, the trunk spoiler as well as the diffuser. The delivery content also includes the round headlights with the respective mounting hardware. 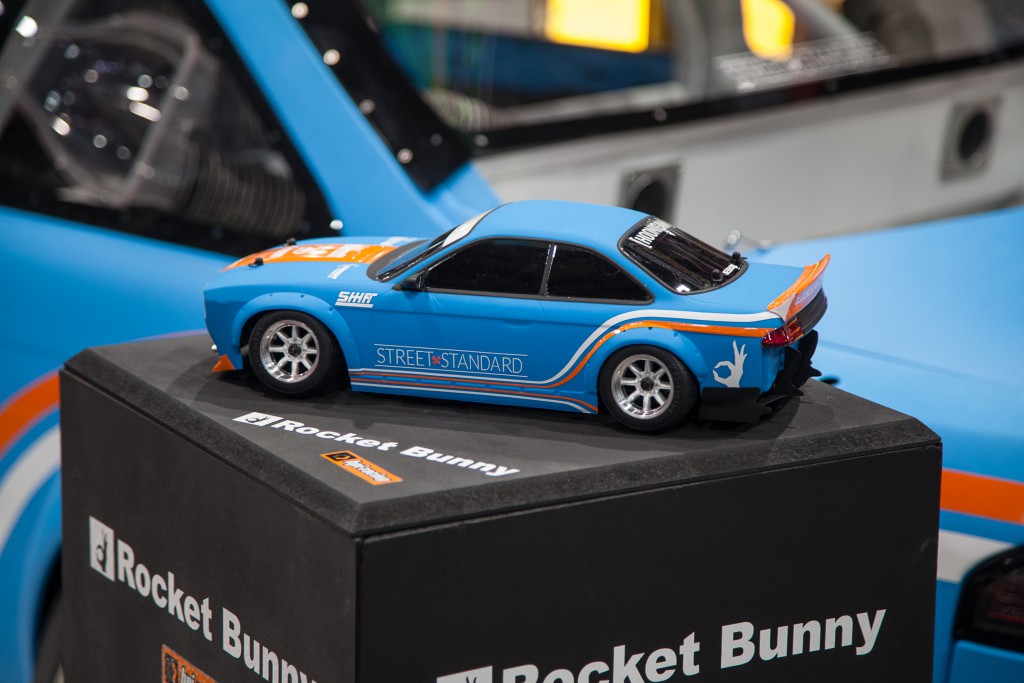 The Nissan by the way is the new working tool of the US Drifter Corey Hosford from Scotsdale, Arizona. The co-owner of “Street Standards” (www.streetstandard.com) plans in 2016 to actively drift again with his S14. 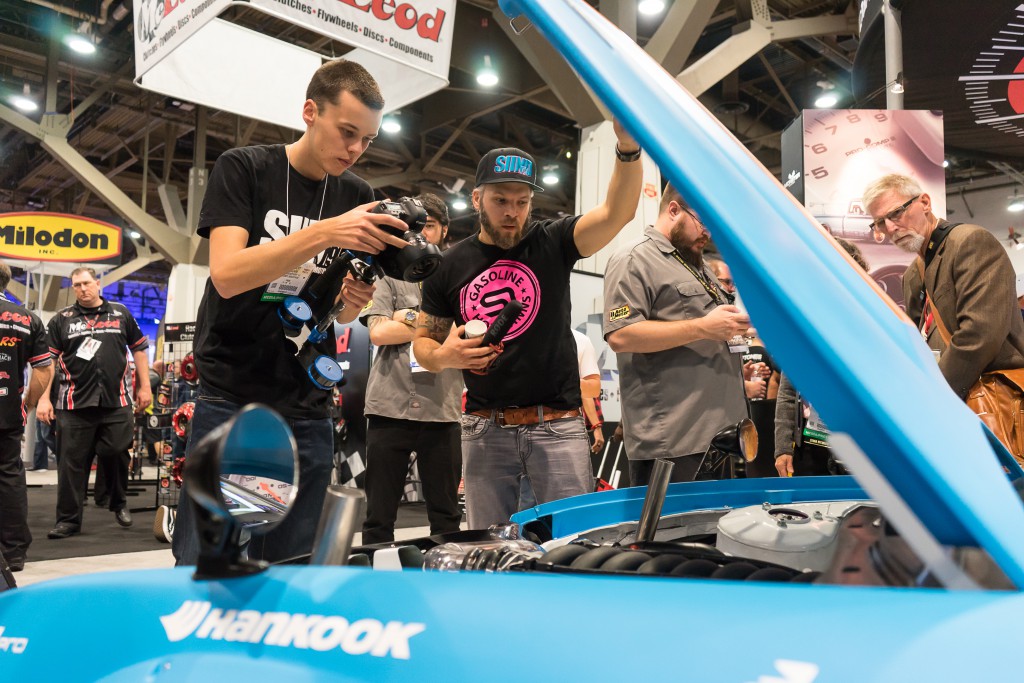 It is accordingly sporty under the new hood. Sidney Hoffmann was almost speechless when he took a look into the engine compartment. 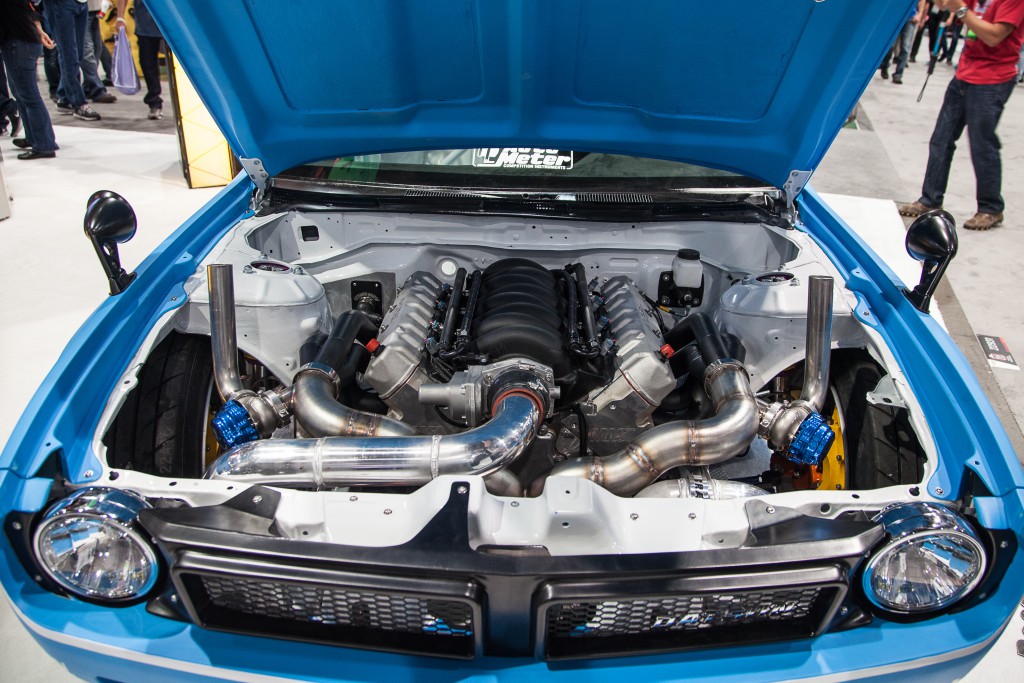 Instead of an in the US to be expected and “very lame” 155 hp 2,4-liter four-cylinder (KA24DE) or a retrofitted SR20DET (2,0-liter turbo four-cylinder), actually a V8 is installed under the hood. With the Fueled Racing V8 Swapkit for the Nissan, the installation of this huge Mast Motorsports 408CI LSx was a cinch for the Americans. Due to the flanged Garrett GTX5008, the eight-cylinder with its 1.100 hp has an easy time with the emptied Nissan! 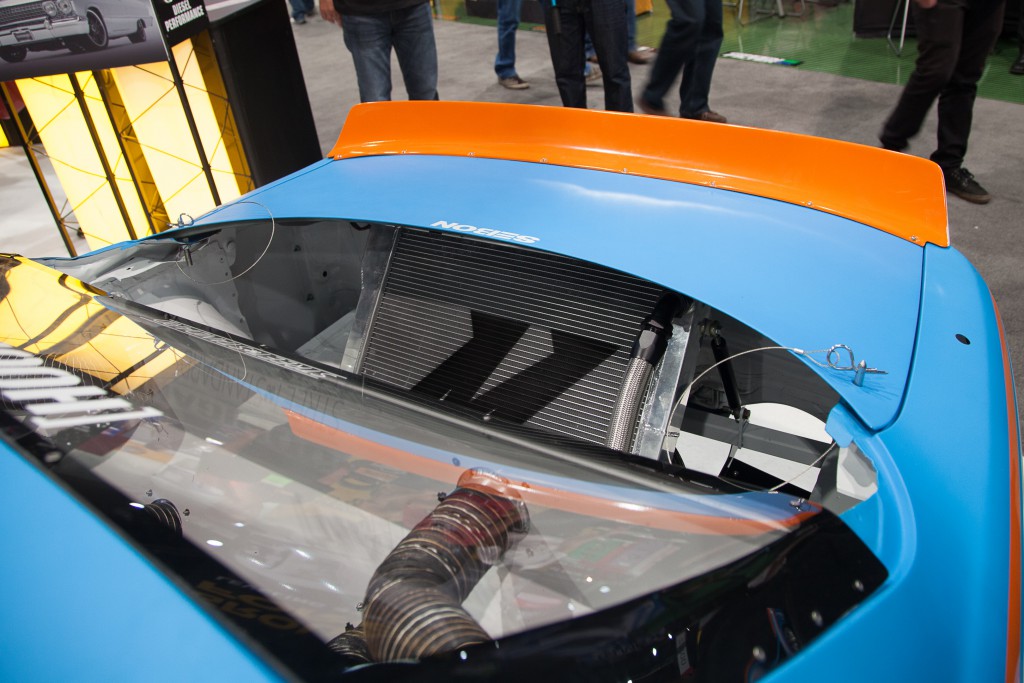 In addition to the race tank of course also the water cooler is placed in the trunk, which Corey had no chance to get it into the engine compartment anymore. To ensure that the cooler always gets enough flow of air, the trunk lid has been shortened. 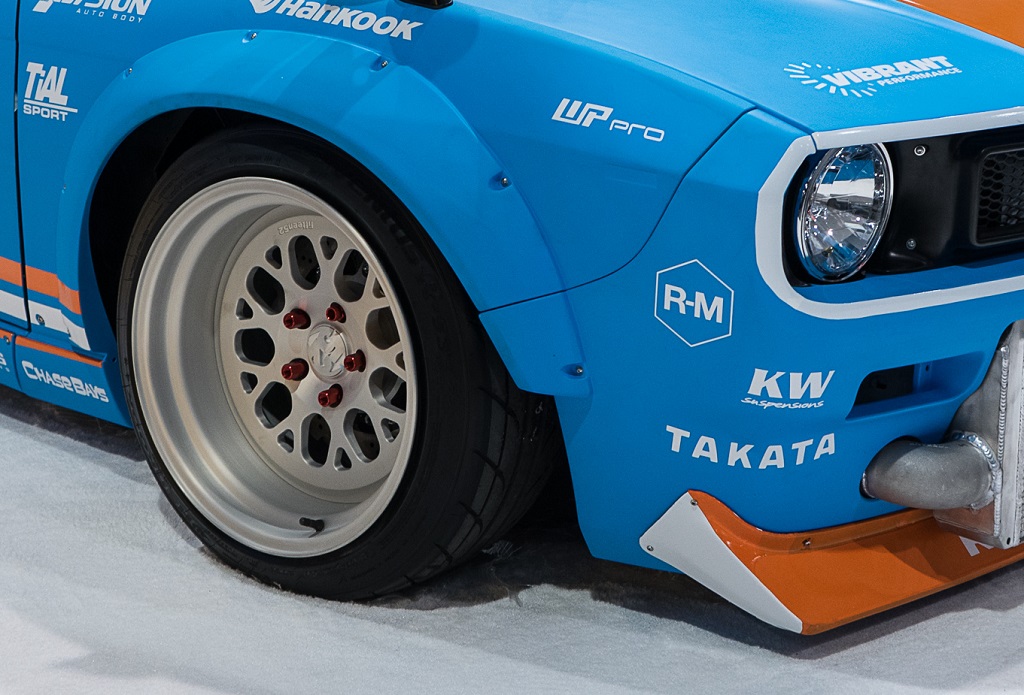 The Nissan equipped with a KW Clubsport coilover kit with adjustable top mounts, also wears neat “Fifteen52” rims. The two-part “Formula Classic” wheels are covered all round with Hankook tires. 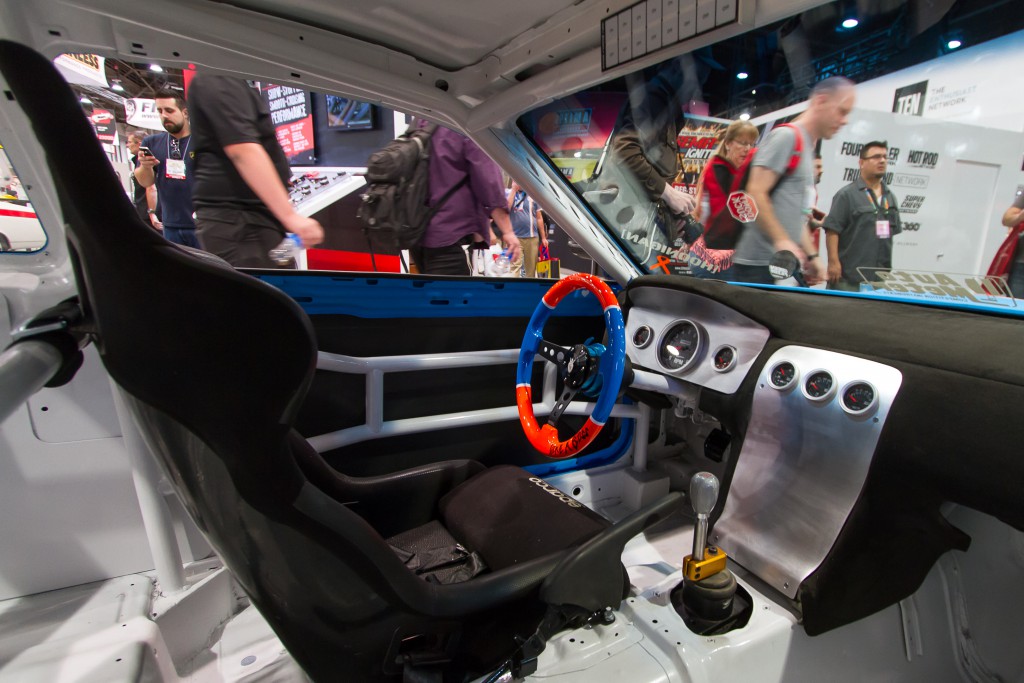 By the white paint, the emptied cabin seems clean. Only the doors covered with black carbon and the frames painted in body-color bring a little color into the interior. 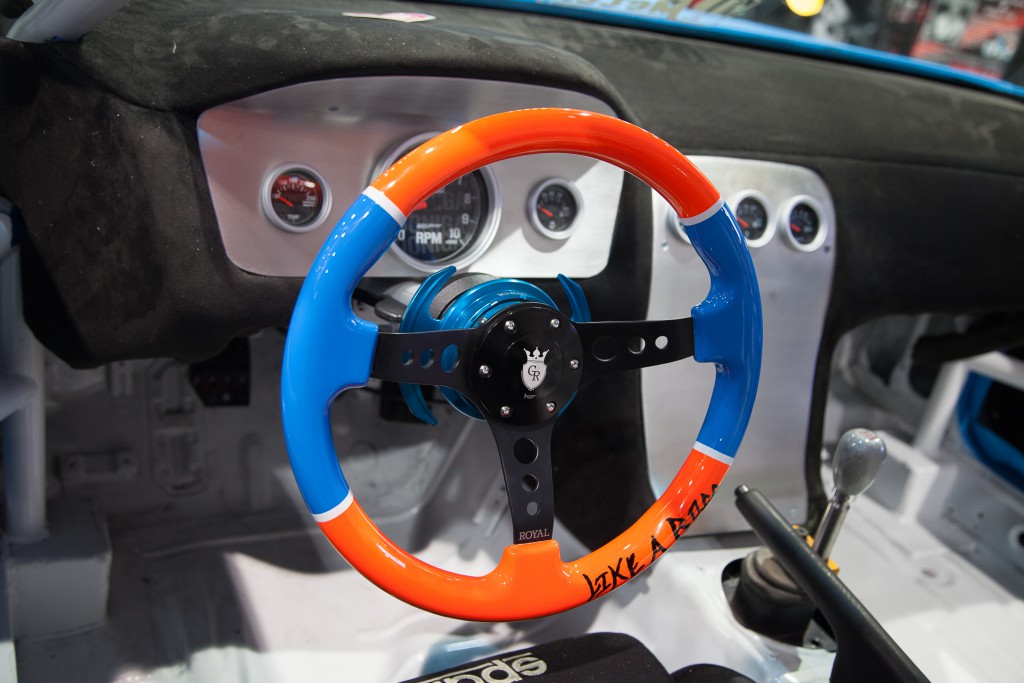 The steering wheel rim of “Grip Royal” – sport wheel is also painted in body-color. A very cool look is also given to the instruments by the Hoonigan speedometer foil. 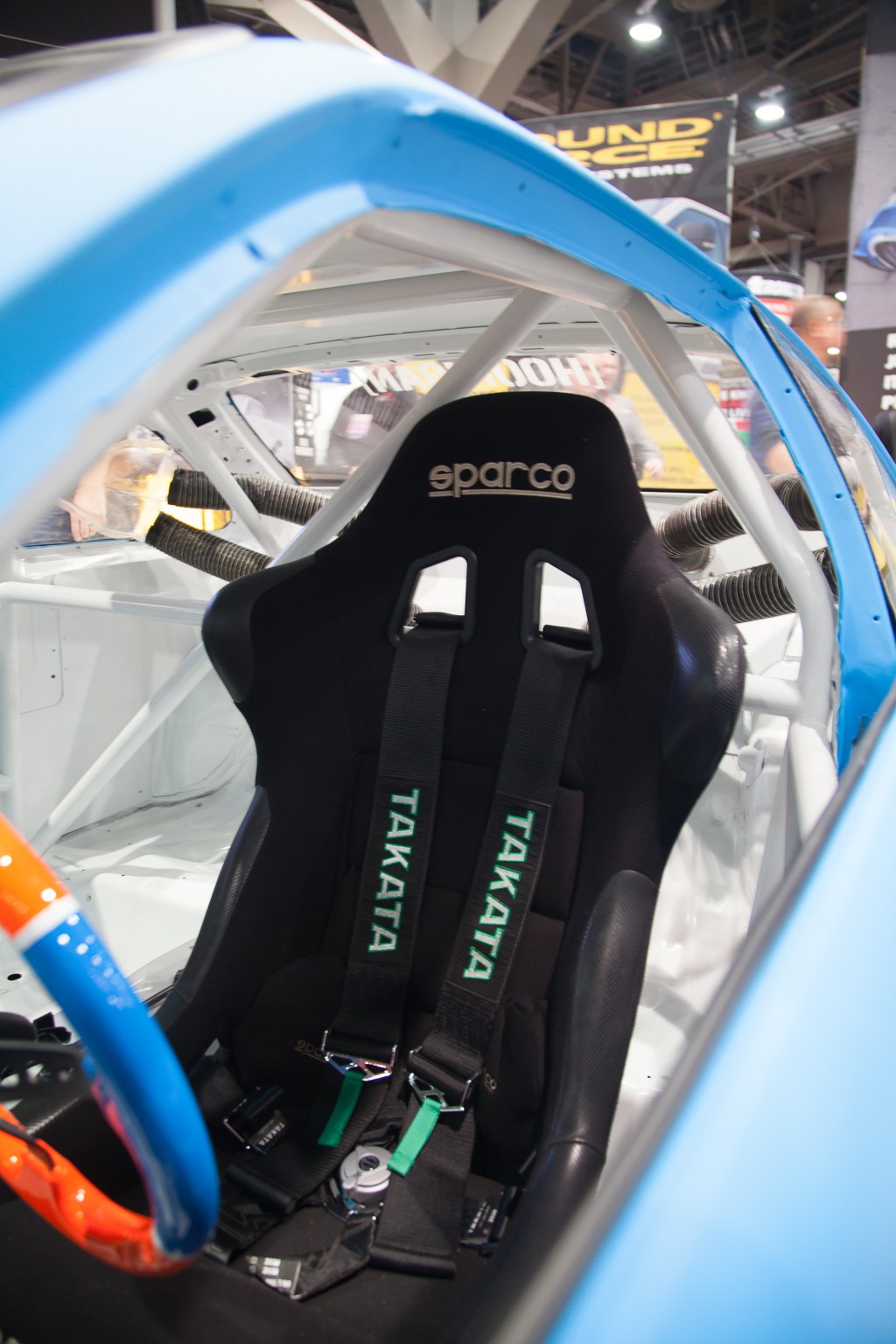 The body was stiffened by many meters of cage pipe and besides the obligatory cross and double side protection, there are many additional bracings, so that Corey is well protected in the worst case. The interior modifications are rounded up for now by a Sparco bucket seat with Takata H-belts 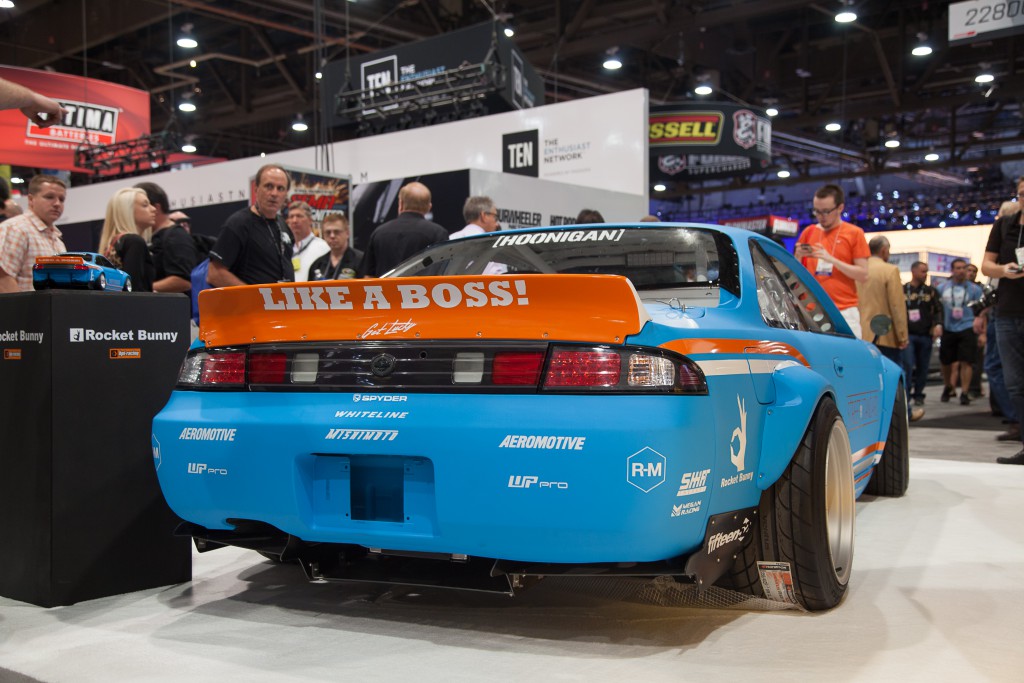 As the exhaust gases are disposed directly over the hood, there is no question about the exhaust system at the rear. As already mentioned, the new bodykit designed by Kei Miura exclusively for the Nissan S14, also features a diffuser and a trunk spoiler. 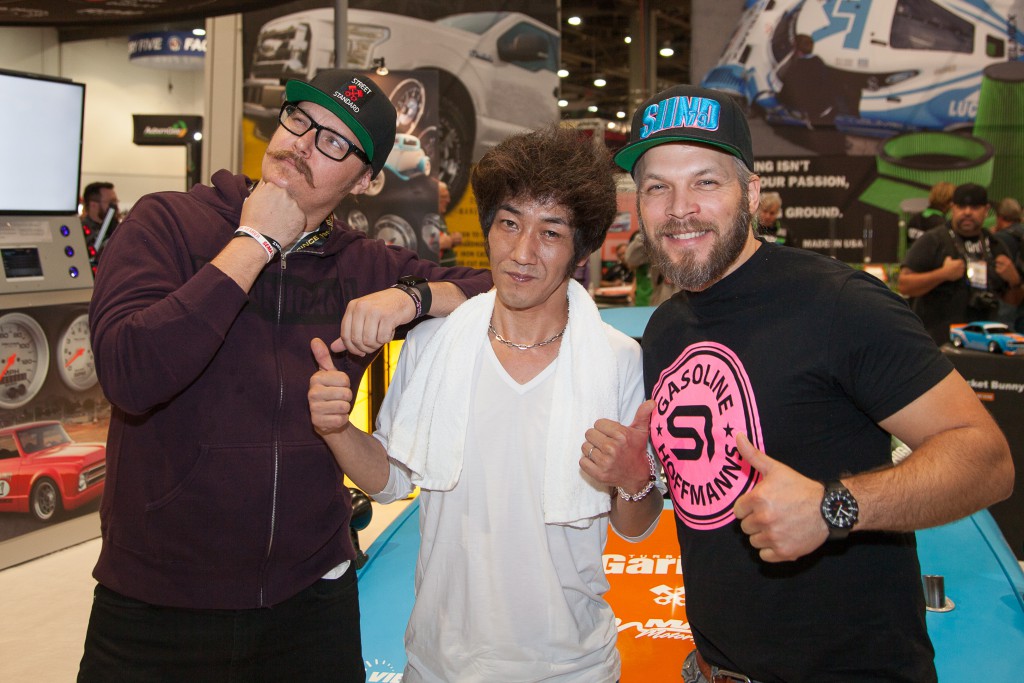 Corey Hosford (left) wants to return to the drift sport with his Nissan in the upcoming season. Also Sidney Hoffmann was thrilled by the “JDM muscle car”. 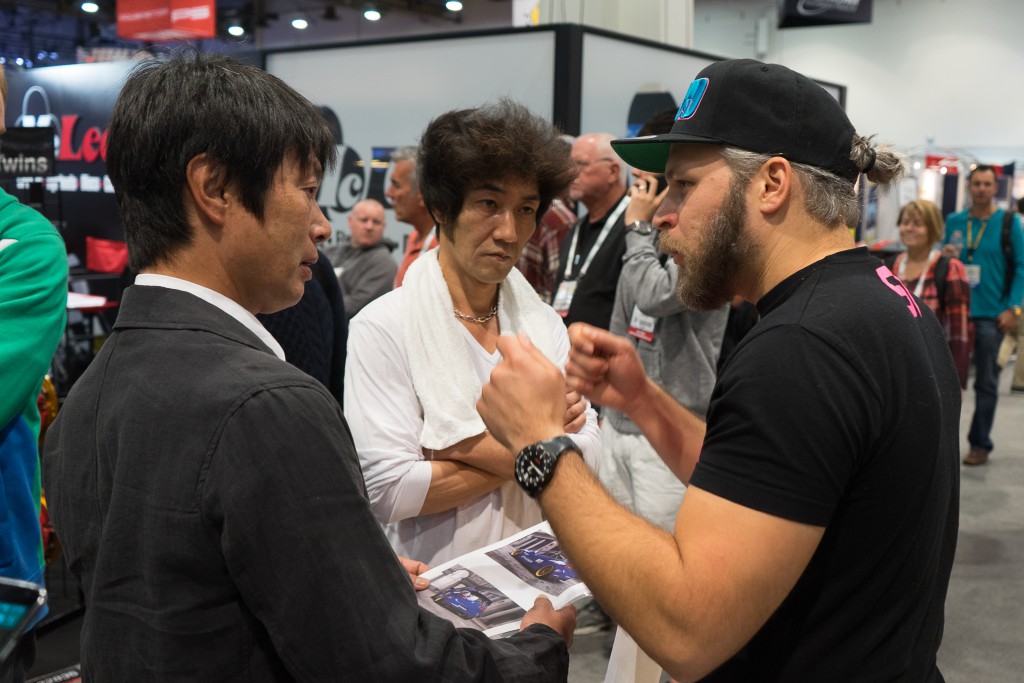 Together with Kei Miura (middle) of TRA Kyoto and mastermind of the Rocket Bunny Kits Sidney Hoffmann created the first Rocket Bunny GTI in Germany.