Gymkhana Grid: Baggsy back in Action

The past weekend saw Baggsy return to South Africa for the 2018 instalment of Monster Energy’s, Gymkhana GRiD. Back for a second year at Carnival City, Johannesburg. Gymkhana GRiD blends drifting, drag racing, and physical driving skill with mental agility. It truly is one of the most action packed events on the calendar. 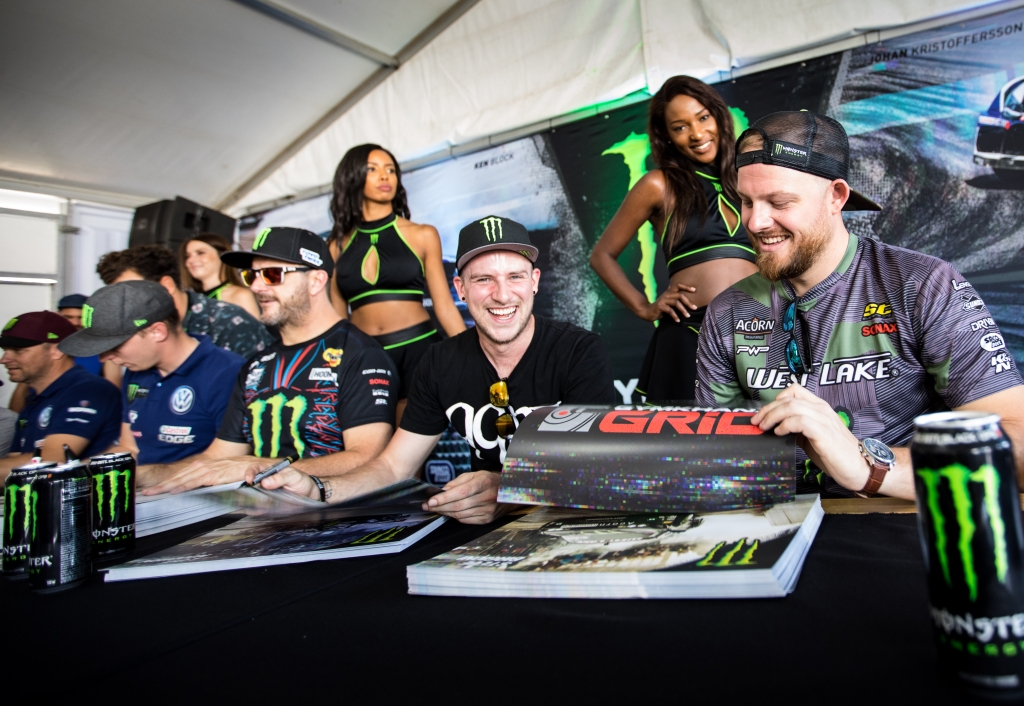 Kicking off with the Gymkhana GRiD Press Conference, the worlds motorsport media had the chance to catch up with all the drivers ahead of the event. After the interview session, it was back to the track for ride alongs where the media were able to experience Gymkhana GRiD first hand. 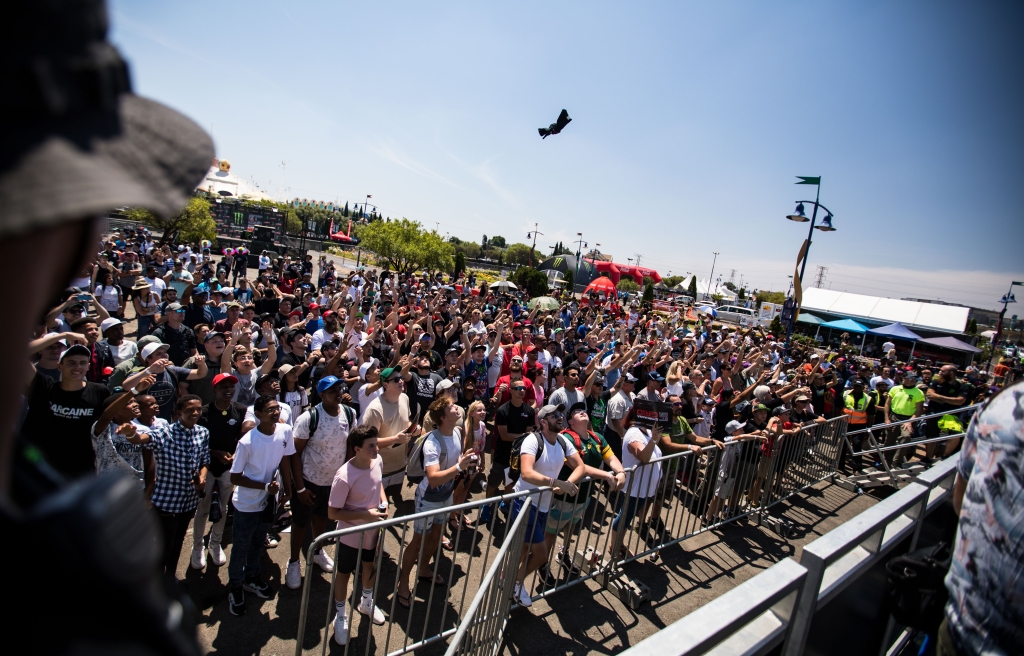 Next up was the main event. Qualifying would see Baggsy sitting in the 3rd spot behind fellow Monster Energy drivers Daigo Saito (2nd) and Luke Woodham (1st). Gymkhana GRiD is all about times, and dialling the car in for more grip to get round the many obstacles faster is key. With over 5000 people in attendance, and a worldwide audience of over 1 million on livestreams. It was time to get down to business! 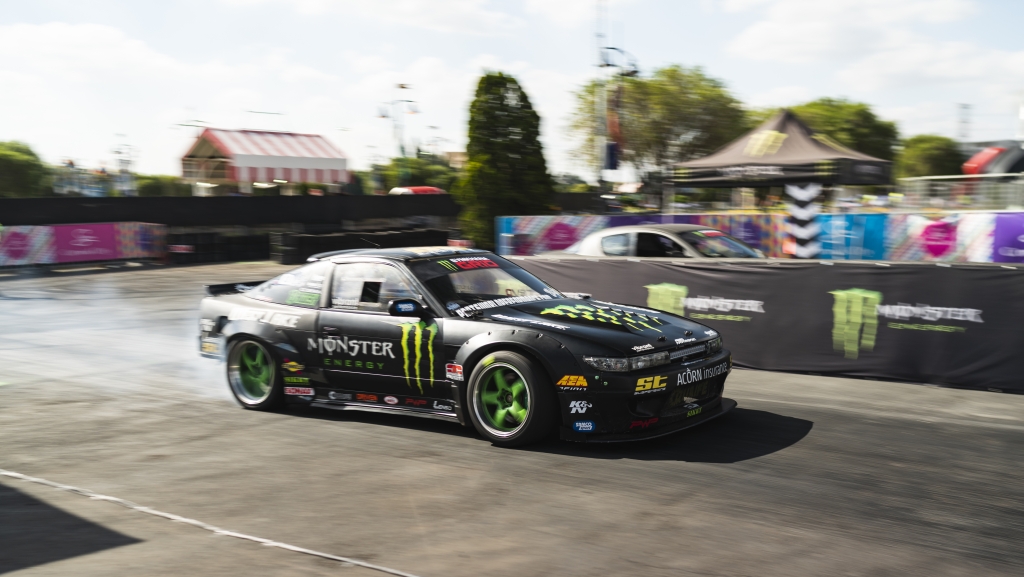 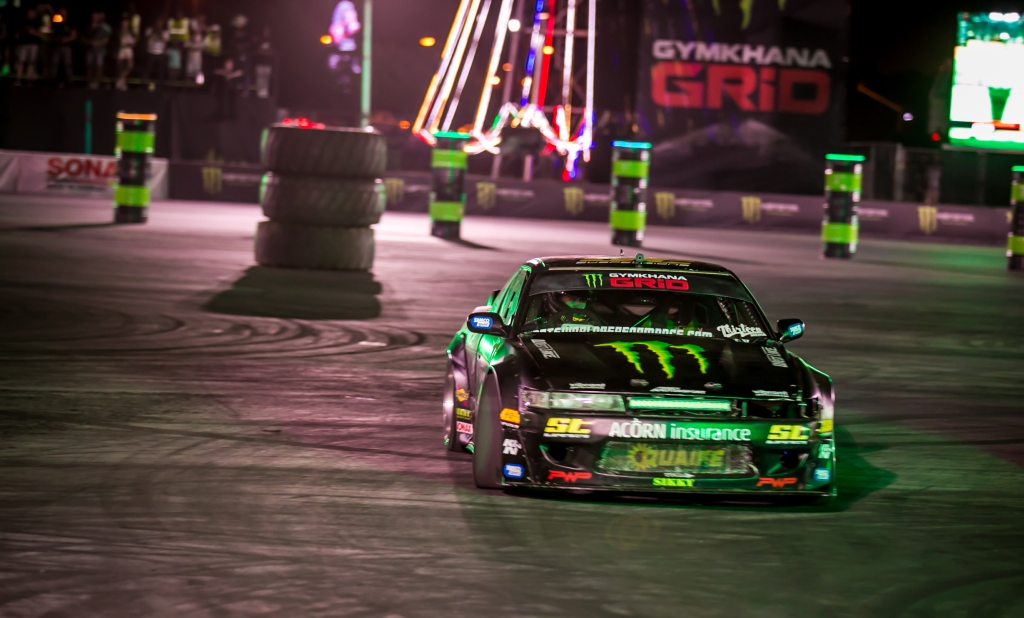 The semi finals would see the rematch everyone had been waiting for. After their last meeting in #BattleDrift2, it was time for Baggsy and Daigo Saito to fight it out once again. Baggsy brought the fight in his 550hp V8 S13 with a 2:14:447, against Daigo in his 900kg 800hp V8 Corvette with a 2:12:854. 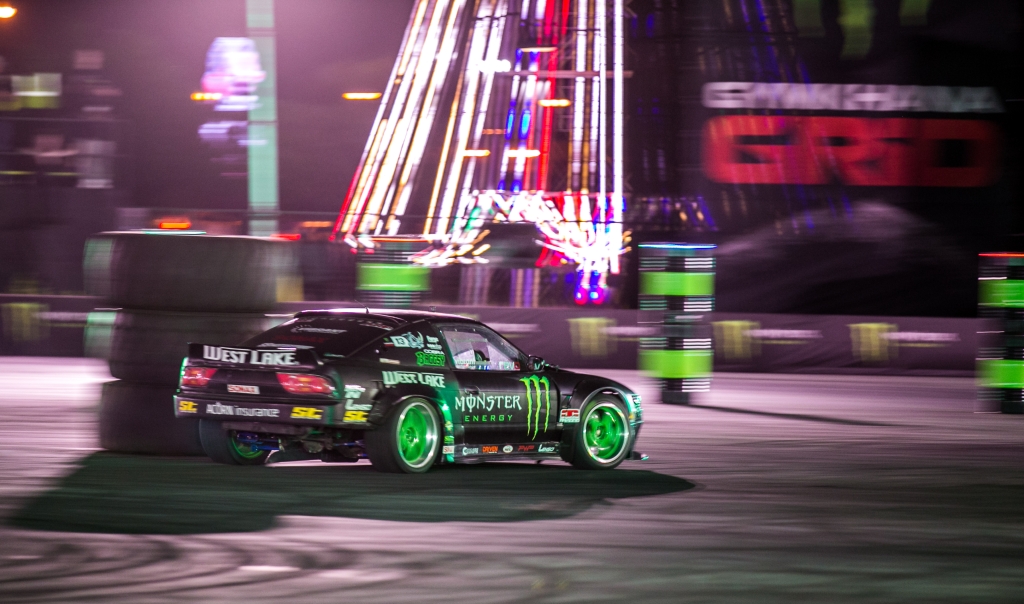 With less than 2 seconds in it, Daigo would advance onto the Final. Baggsy would continue to battle it out with 4 time Gymkhana GRiD champion Luke Woodham for the 3rd and 4th play off. Woodham set an overall time of 2:15:208. Baggsy would unfortunately pick up a 2 second penalty after hitting an obstacle, giving him a time of 2:17:127 resulting in a 4th place finish. 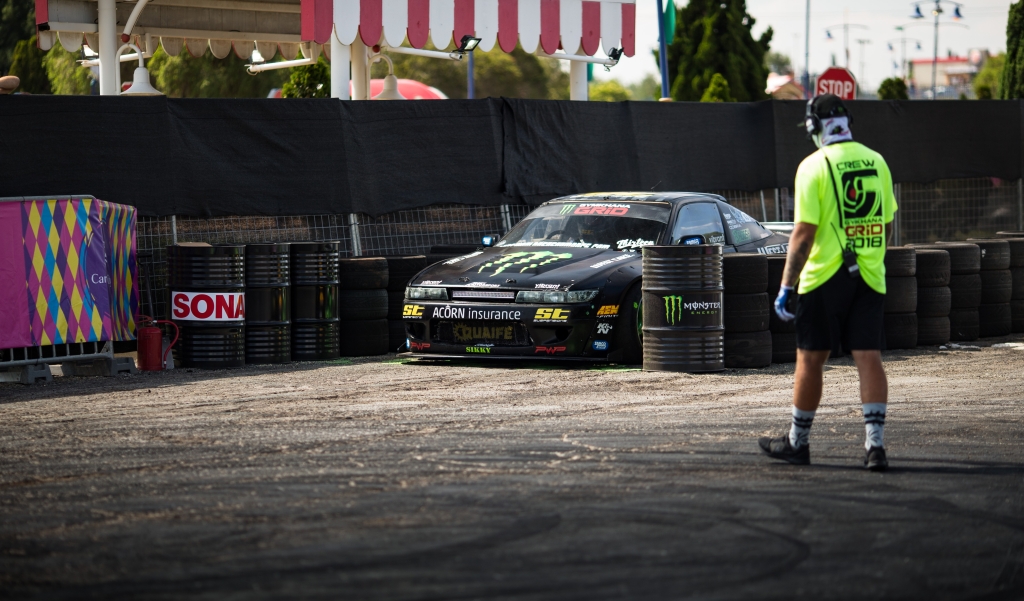 Baggsy: Gymkhana GRiD never disappoints! It was great to be back in South Africa for a second year, the crowd and people are so welcoming and supportive. This year I had my #S13V8 and after some dialling, in it proved to be quite a fast car for the Gymkhana style of driving.

The level of driving gets crazier each year, and the smallest mistake can end it all for you. It gets pretty intense! It was great to battle it out with Daigo Saito in his crazy Corvette, and super fun driving against four time GRiD champion Luke Woodham. Im stoked on the 4th place finish, it’s by no means an easy fight at these events. 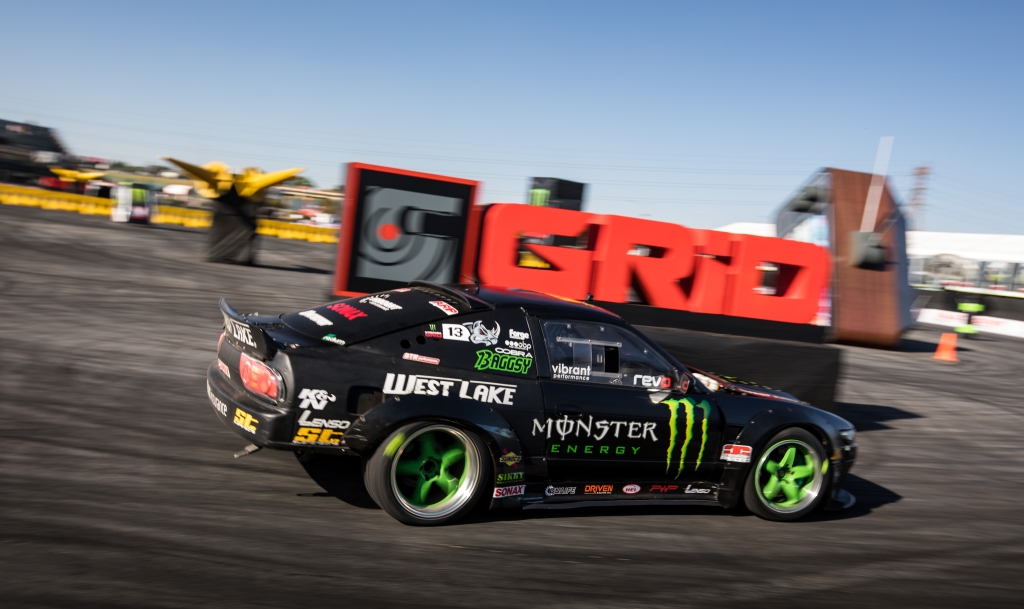 Looking forward to 2019 and Gymkhana GRiD returning to Europe for more tyre slaying. Congratulations to fellow Monster Energy drivers Daigo Saito and Johan Kristoffersson for taking the win. A massive thank you to Monster energy for such an epic event, also to my team and sponsors for all of the support.