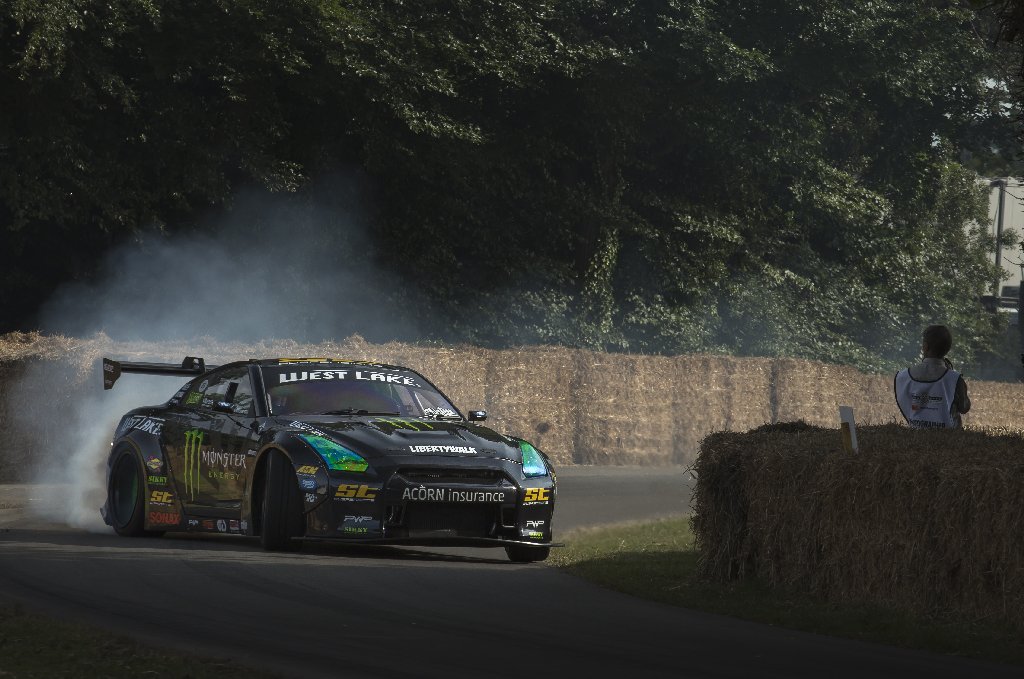 It’s been a very busy few weeks for Baggsy. Not only have we seen the global release of the very much anticipated Monster Energy #BattleDrift2, Baggsy’s brand new R35 GTR also made its first UK public appearance at the prestigious Goodwood Festival of Speed and European debut at Gatebil Festival. 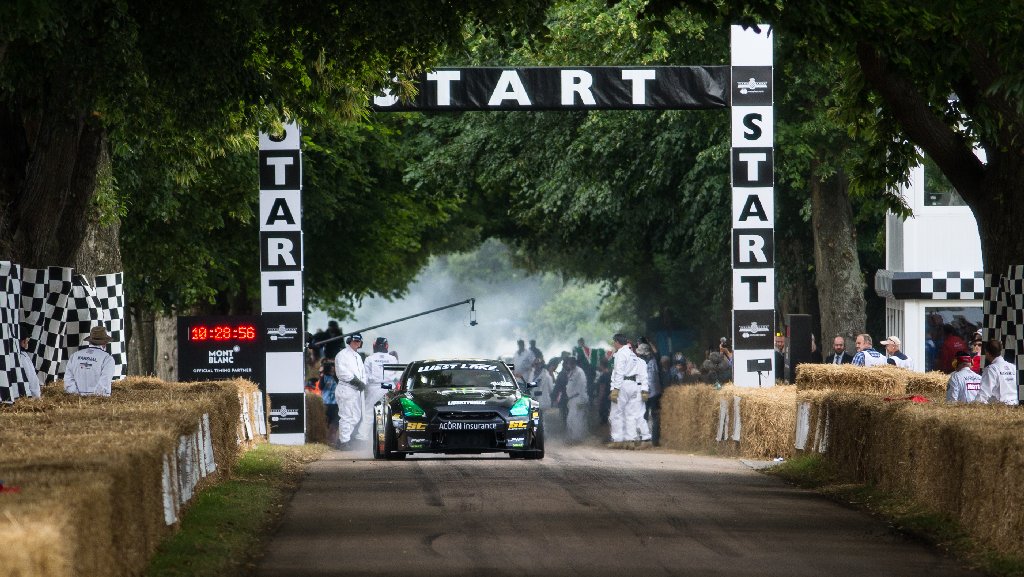 First stop would be Goodwood Festival of Speed. The #LSXR35 would take pride of place in the Monster Energy compound ready to take on the Goodwood hill climb.

With the worlds media invited to the premier and Nick Hamilton as the host, the film was highly received by everyone at the event. 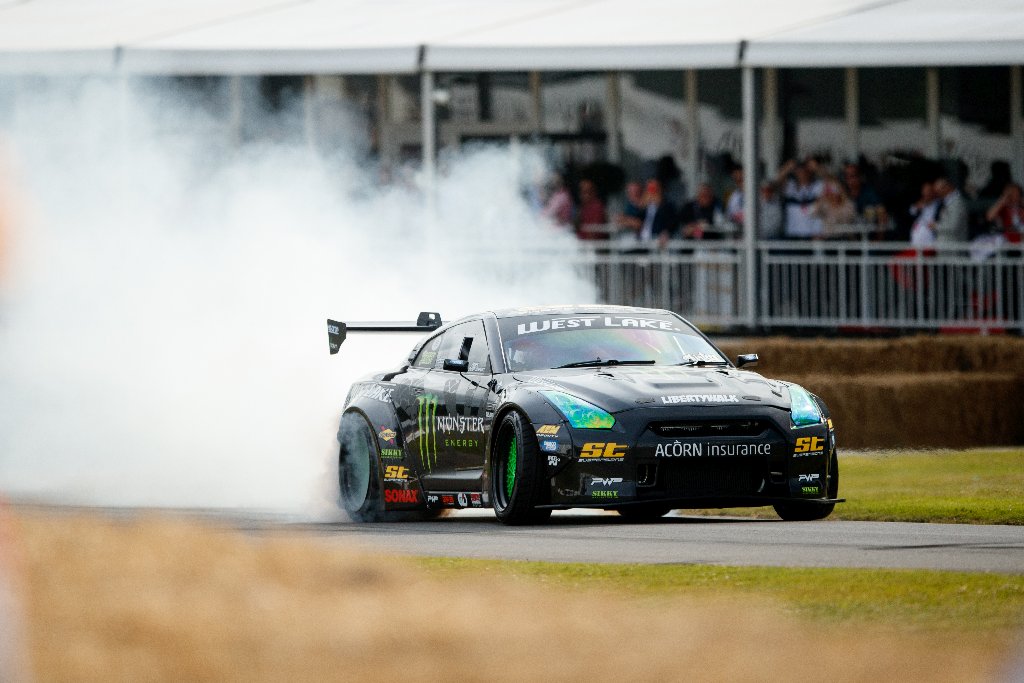 But it was soon back to business for Baggsy and the GTR and time to show the world what the 1200hp beast could do up the hill. 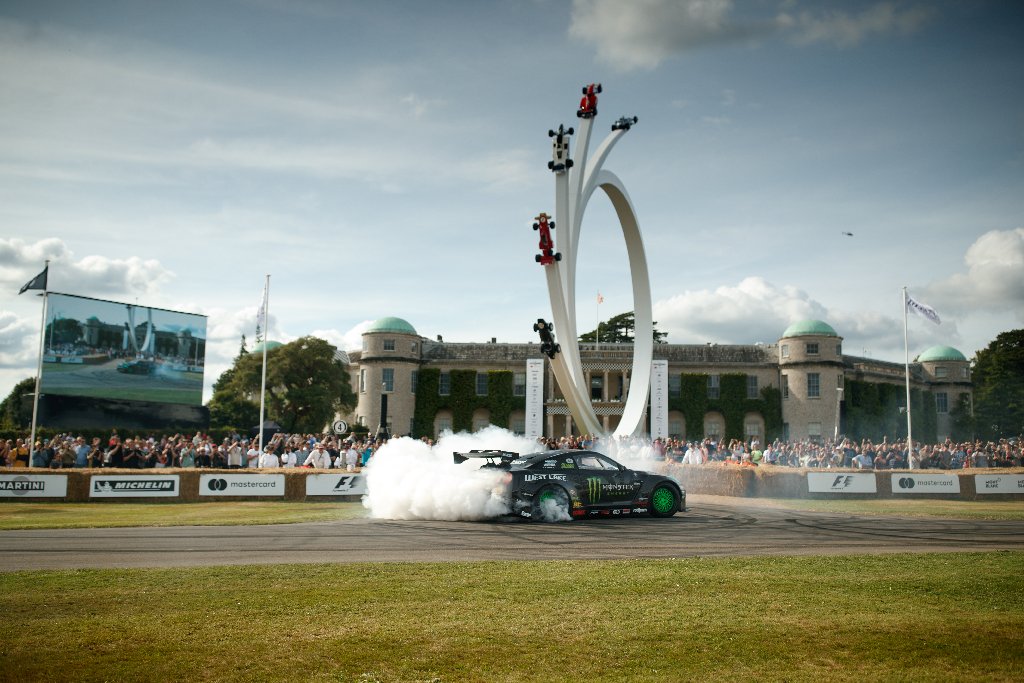 Bringing the noise and smoke show, the R35 proved to be a big crowd pleaser. 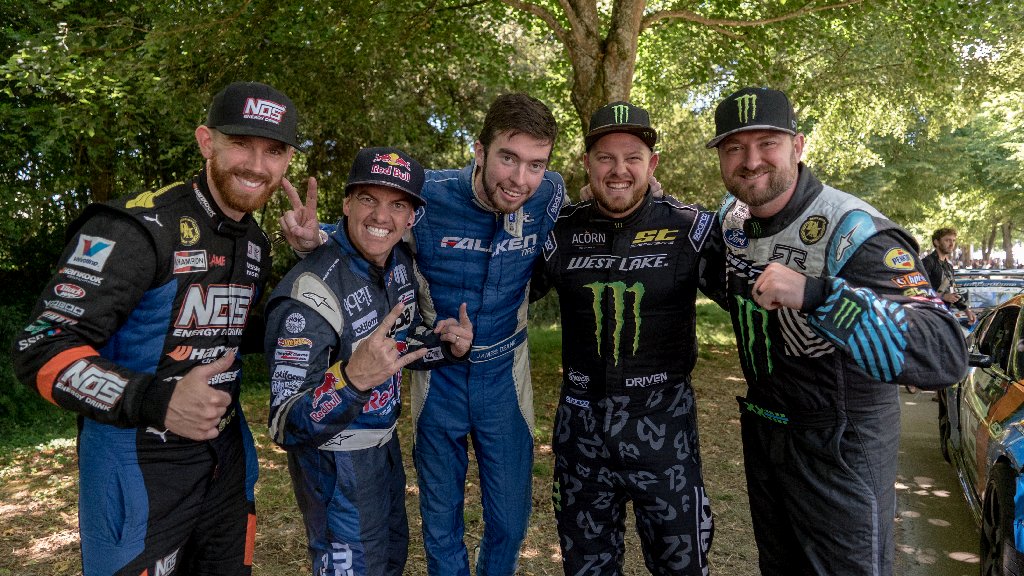 Joined by some of the worlds top drifters, Baggsy put the R35 through its paces. Goodwood Festival of Speed being one of the biggest automotive events on the calendar definitely did not disappoint for 2017, and was a great way to debut the GTR to the public for the first time. 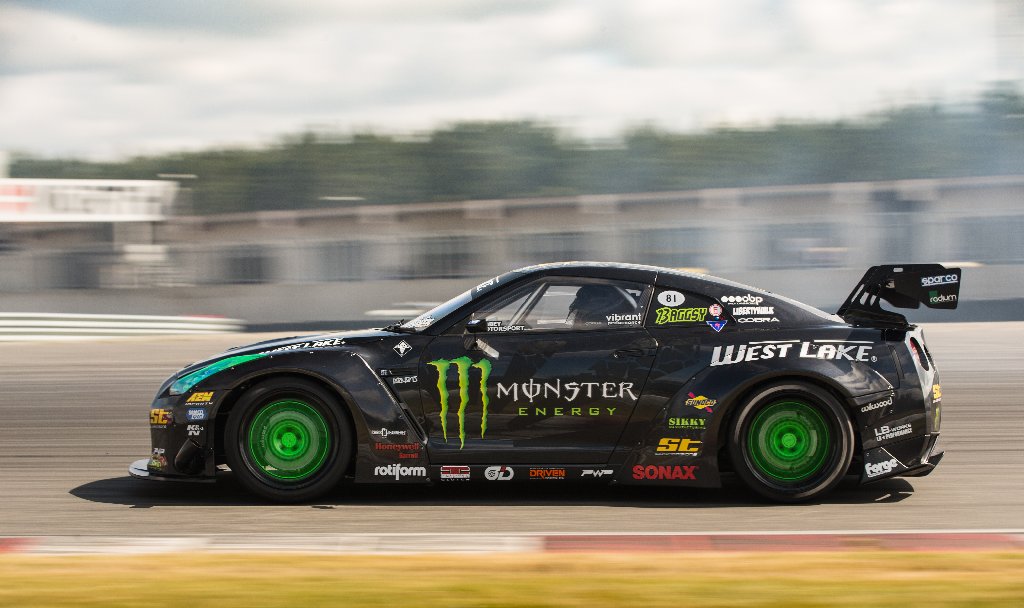 The following weekend the next stop for Baggsy and the GTR would be 1500 miles away in Rakkestad Norway at the truly amazing Rudskogen race track for the Gatebil Festival. With 45,000 people in attendance on each of the three days, Gatebil truly is one of the biggest drift festivals in the world. 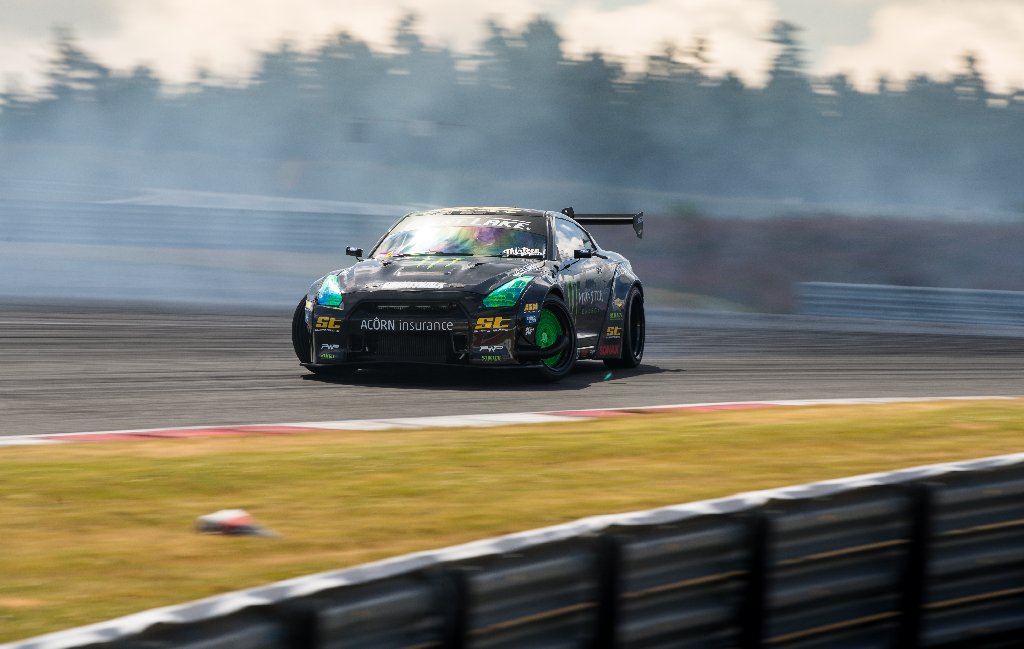 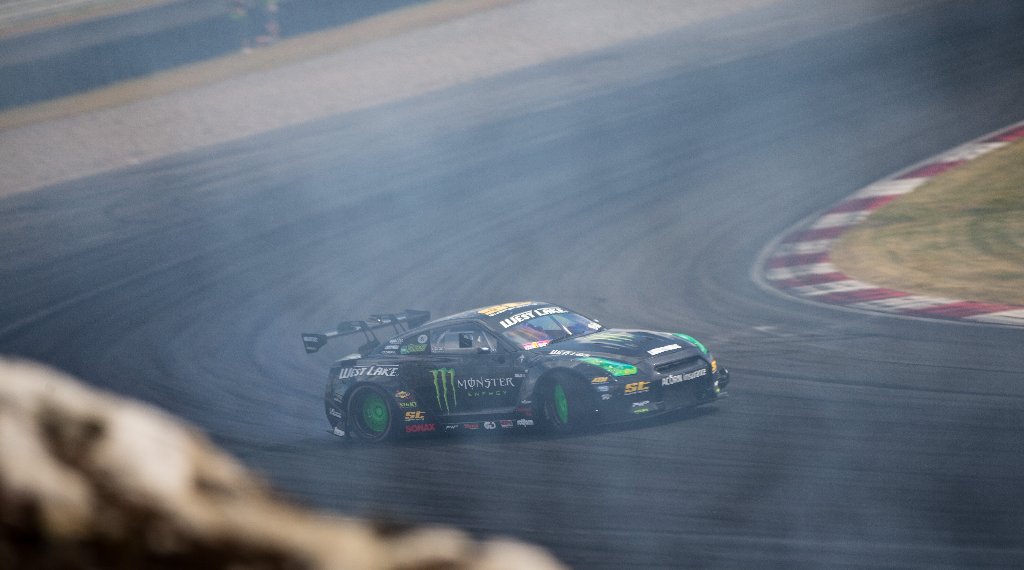 Part of the Gatebil Festival is the Super 3 competition where teams of three give everything they have to impress the judges and crowds with speed, angle and proximity. 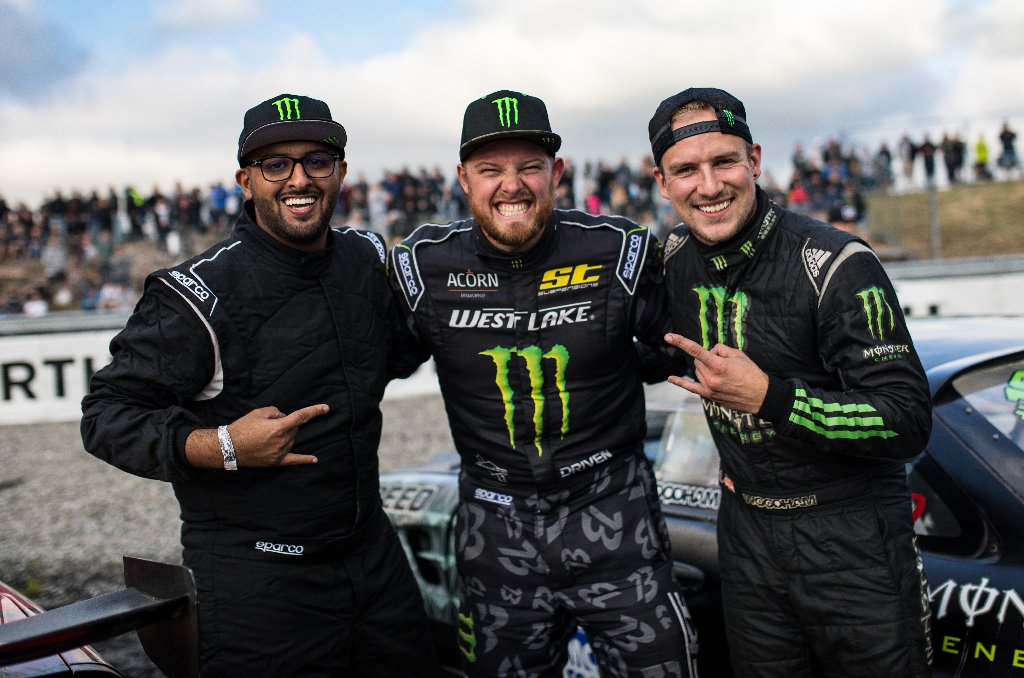 Baggsy teaming up with Luke Woodham and Sultan bagged themselves the 3rd spot on the podium for the Super 3, taking home some fresh silverware. 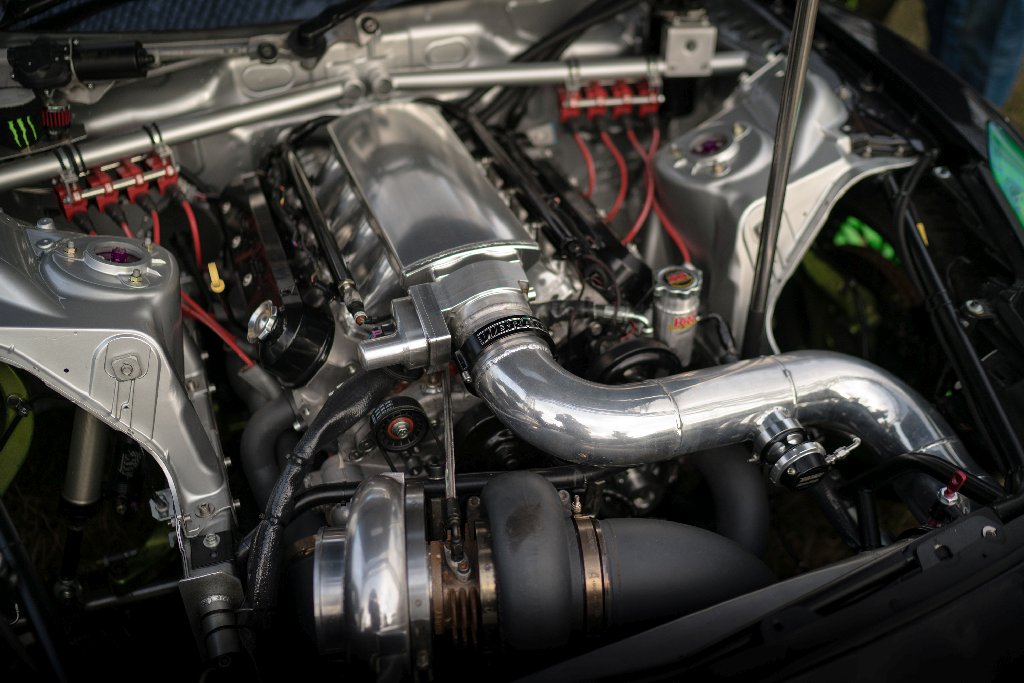 Again the #LSXR35 received a lot of attention throughout the Gatebil weekend both on and off track, being displayed on both the Monster Energy stand and ST Suspensions stand. The Turbo charge LSX 454 looked right at home in amongst the other 1000+ HP monster that are typical of the festival. 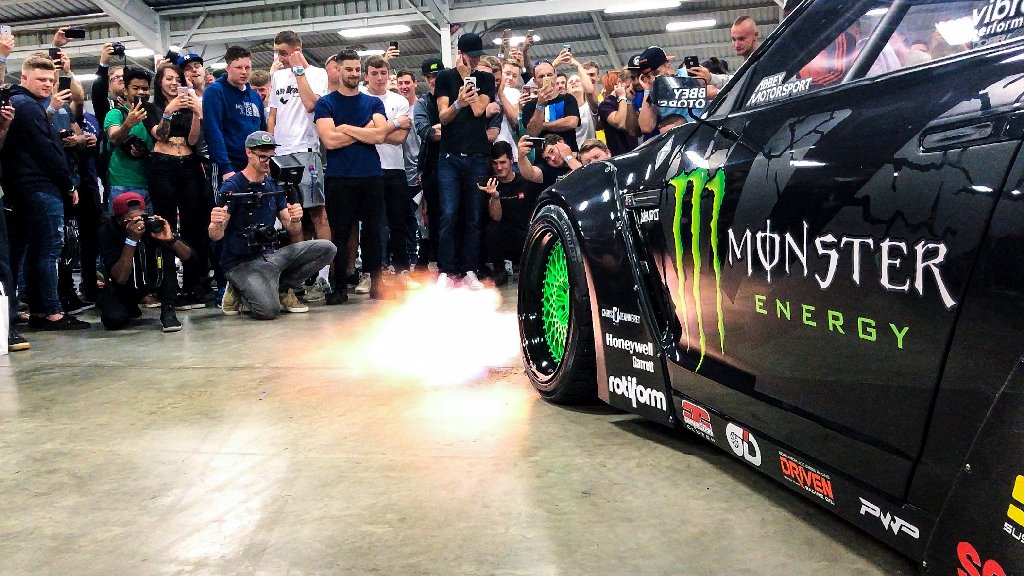 With Gatebil done for another year, it was time to head back to the UK for one final event in the three week tour. The last stop would be Slammed UK’s ‘Gravity’ show, a one day indoor automotive event held just outside of Coventry. 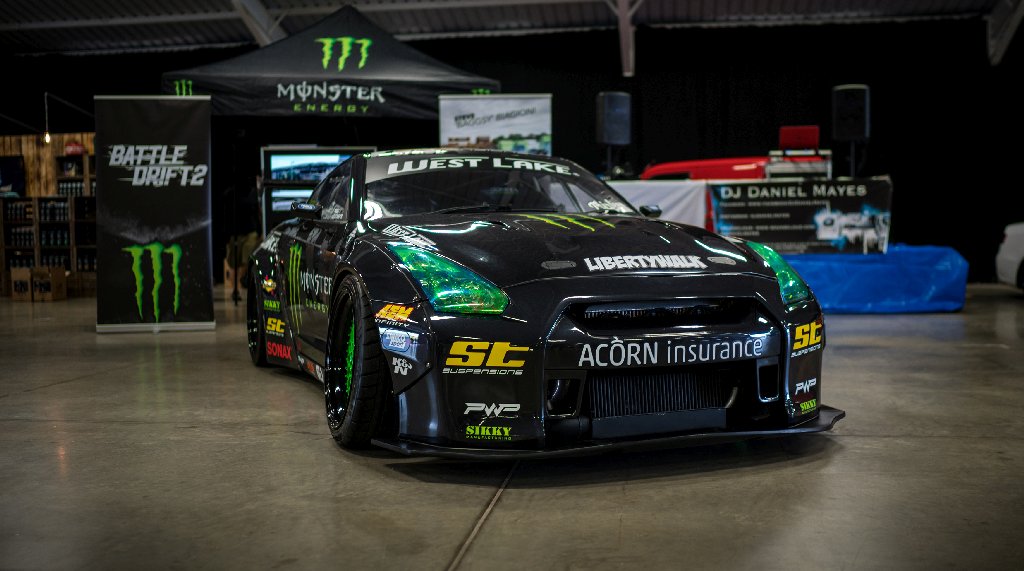 A very popular show within the modified car scene, ‘Gravity’ displays some of the very best show cars from the UK and Europe. A great way to end the tour, with a very chilled and friendly atmosphere. The GTR really made quite the impact at the show and was a crowd favourite.

Also this week Monster Energy released the full build video on their YouTube channel. Click on the link above to watch SB Motorsport build the LSX R35 from the ground up.