Red Bull Driftbrothers driver Eli Hountondji landed the perfect victory on home soil at Round 6 of the Federal Tyres King of Europe series. 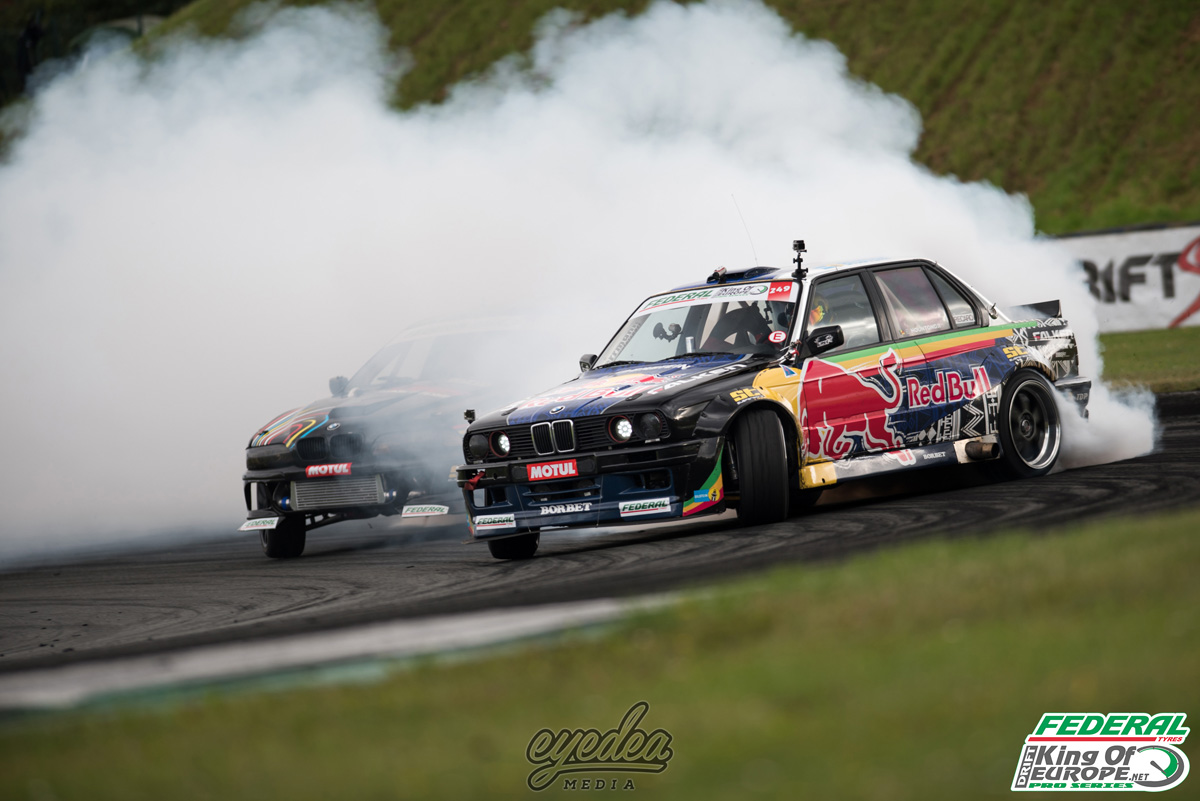 As the fans cheered on their hero to take the win at Motorsport Arena Oschersleben in Germany.

As the championship returned to the high-speed circuit for the second consecutive year, the weekend would push both the drivers and cars to the limit as they clocked speeds of up to 180km/h despite the varied weather conditions and low grip levels making the already-hard challenge even more difficult than ever. 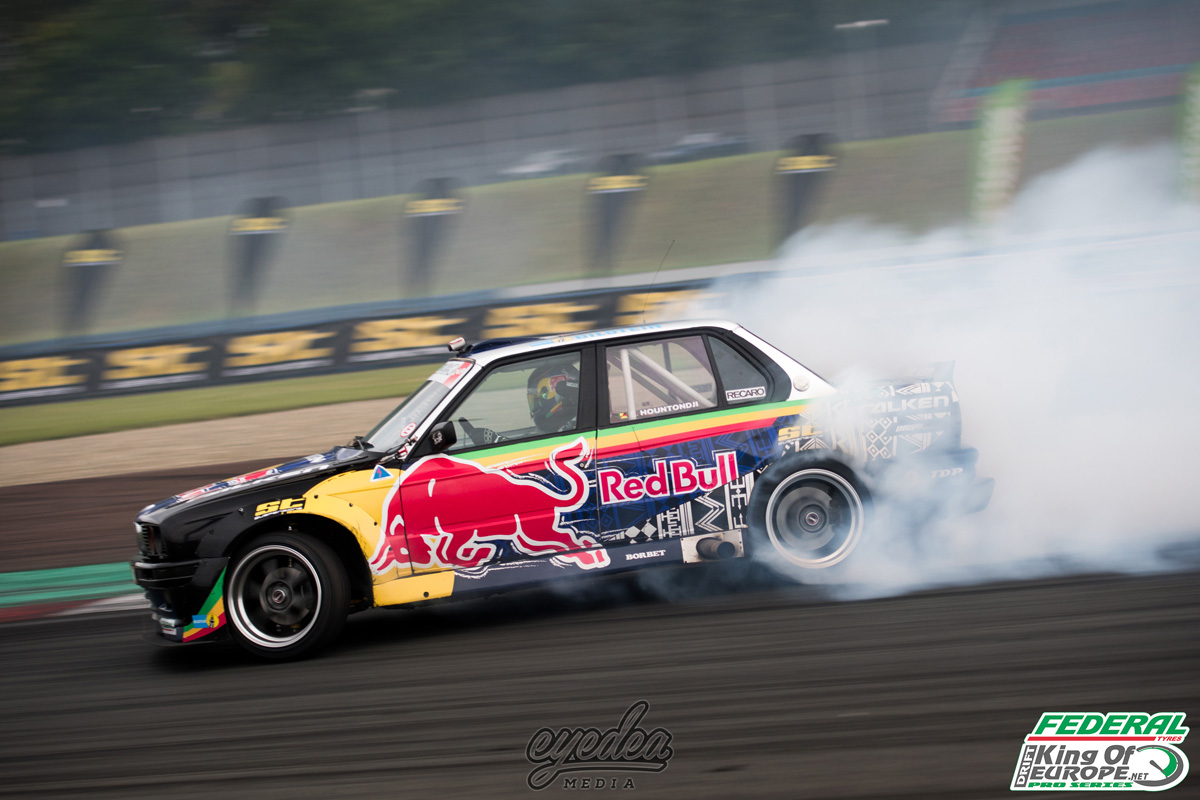 During qualifying, Eli Hountondji continued his fight for the top spot in the overall rankings as his lap landed him the coveted top position along with the highest average speed, line points and show points. 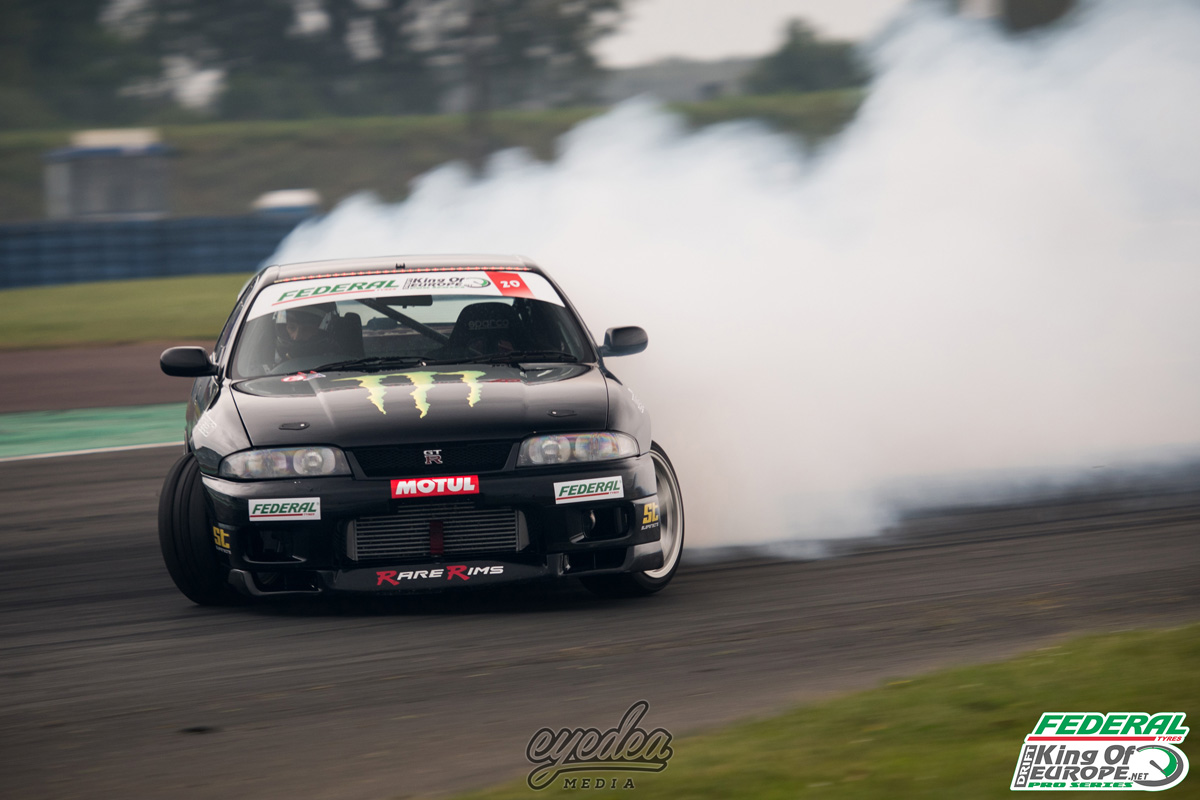 Rick Van Goethem also proved that the Championship is far from decided as the Dutchman landed the second place spot. 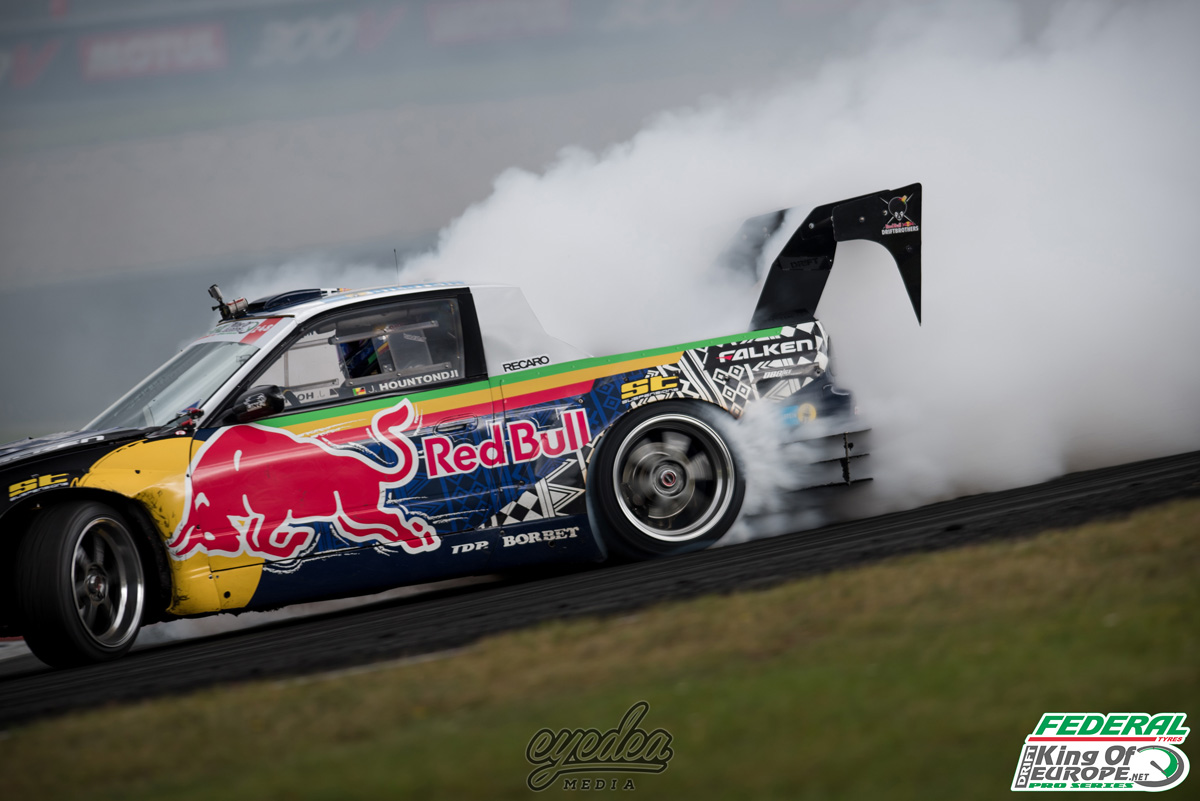 Series leader Johannes Hountondji did not manage to conquer the top spot as he would have hoped, but a solid lap handed him third place and earned vital points. 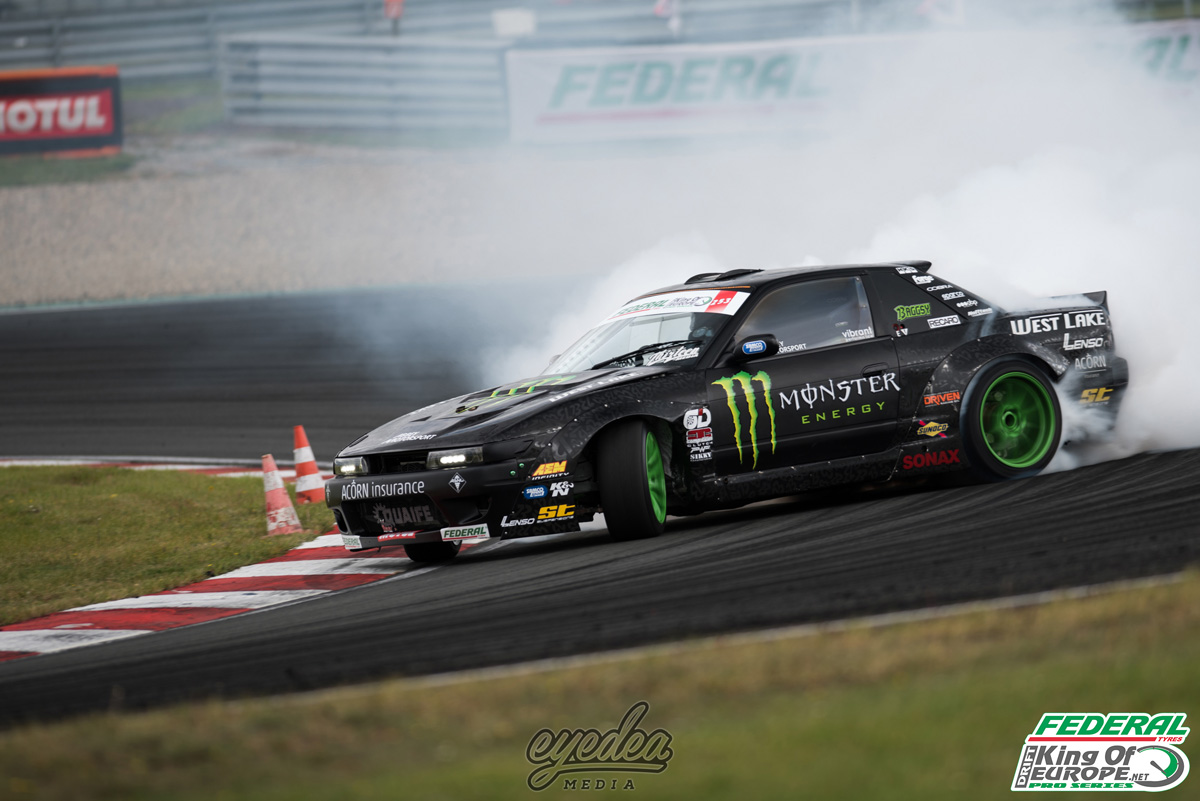 After throwing down some of the fastest practice laps of the day, it would be an extremely unlucky ending for Massimo Checchin as he would be forced to retire after an engine failure. Steve ‘Baggsy’ Biagioni extended the qualification session with clutch issues, after fearing he may not make it to the startline, he bravely risked the car as he laid down his best lap without a working clutch, taking an impressive 8th place and achieving the highest attack angle and average angle of the day! 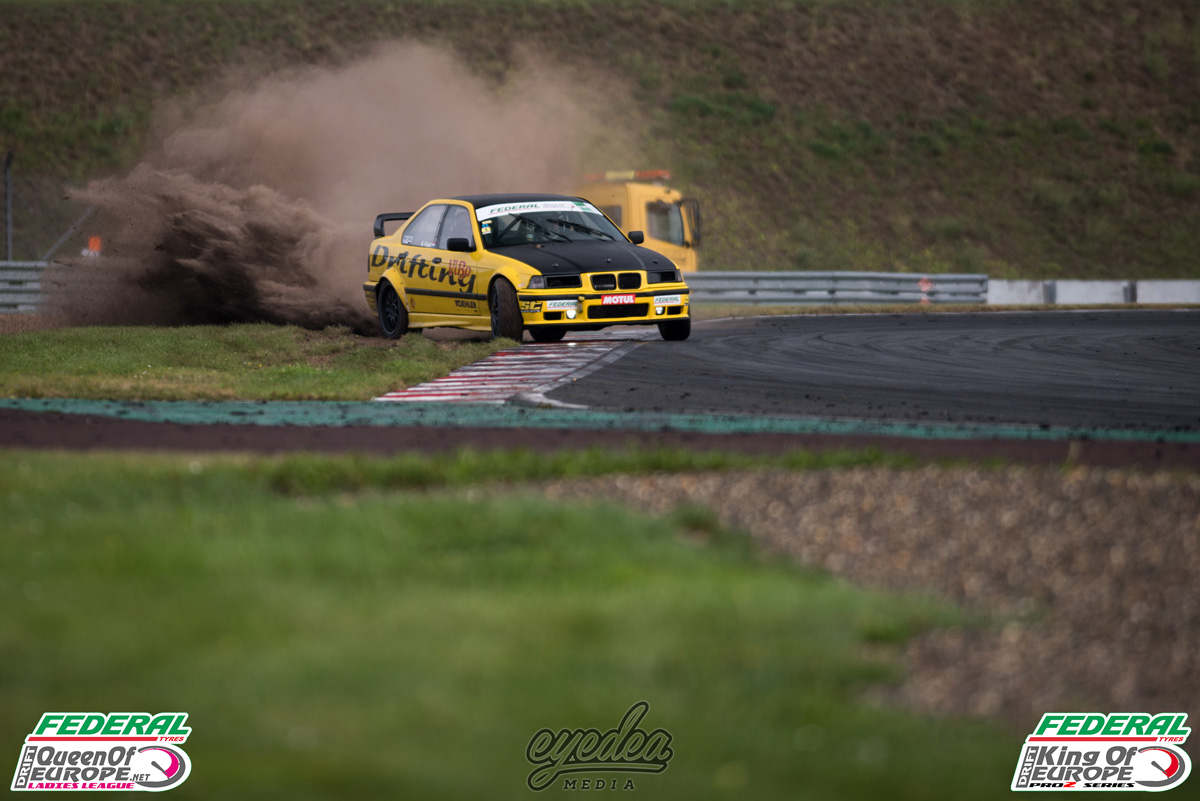 As battle day commenced, the drivers prepared to face each other in some of the toughest battles of the season so far. With weather conditions continuously changing, the insanely fast first corner would catch many drivers out, even forcing them off-track on occasions. 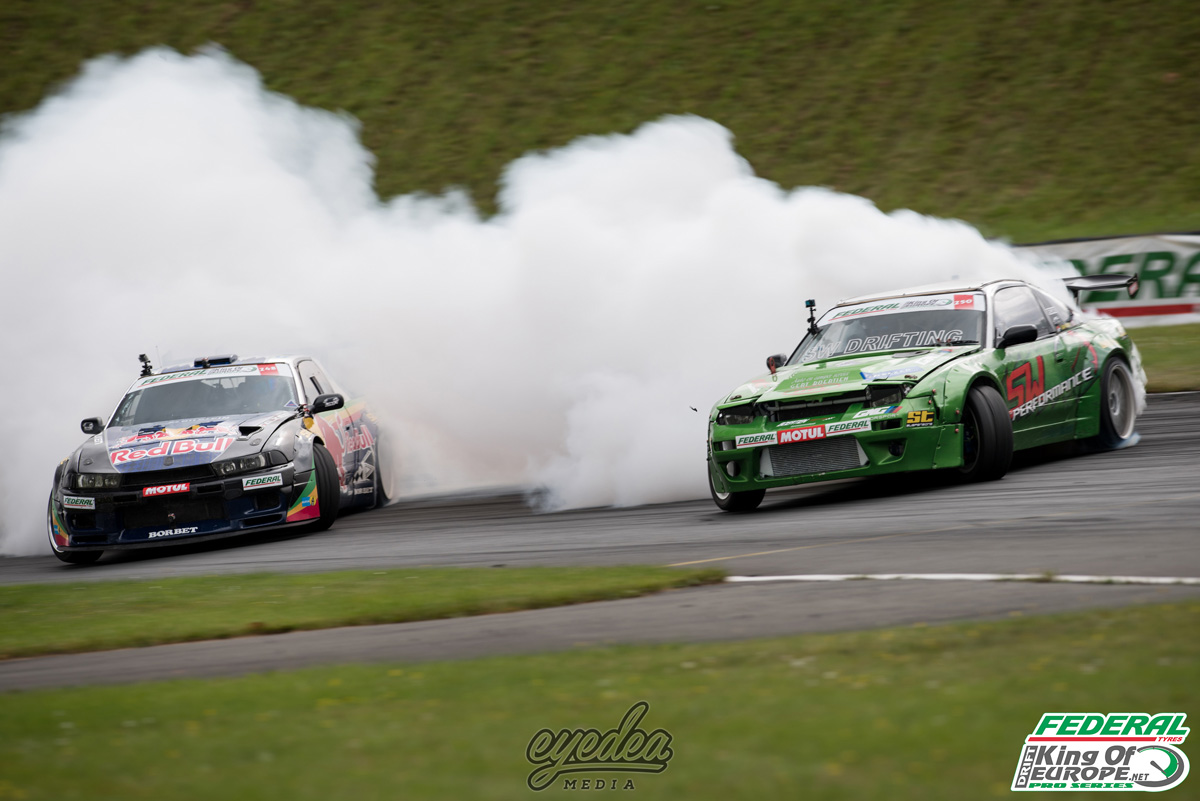 It was all eyes on Joe Hountondji after a rare early exit last round despite the impressive run of form, which initially saw him running away with the Championship. In an unfortunate similar case this weekend, a car failure saw him knocked out in the Top 16 against an in-form Sam Woo. Norweigan visitor Tor Arne Kvia and series contender Nicolas Maunoir, who won the last round in Swiss, would also become casualties of the Top 16. 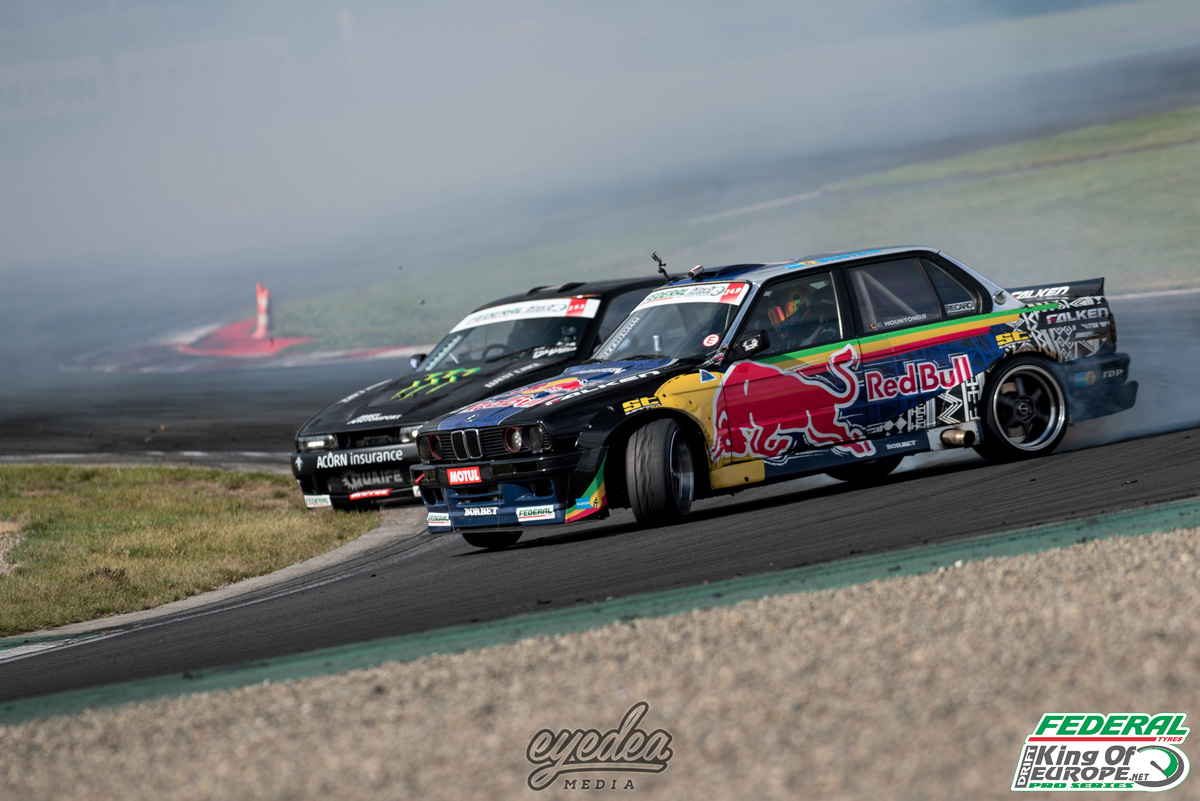 After an intense one-more-time battle between Eli Hountondji and Steve Biagioni in his series return, it would be Eli who squeezed past in into the semi-finals. Marco Zakouril made no mistake with surpassing series contender Rick Van Goethem to also land his place in the semis. 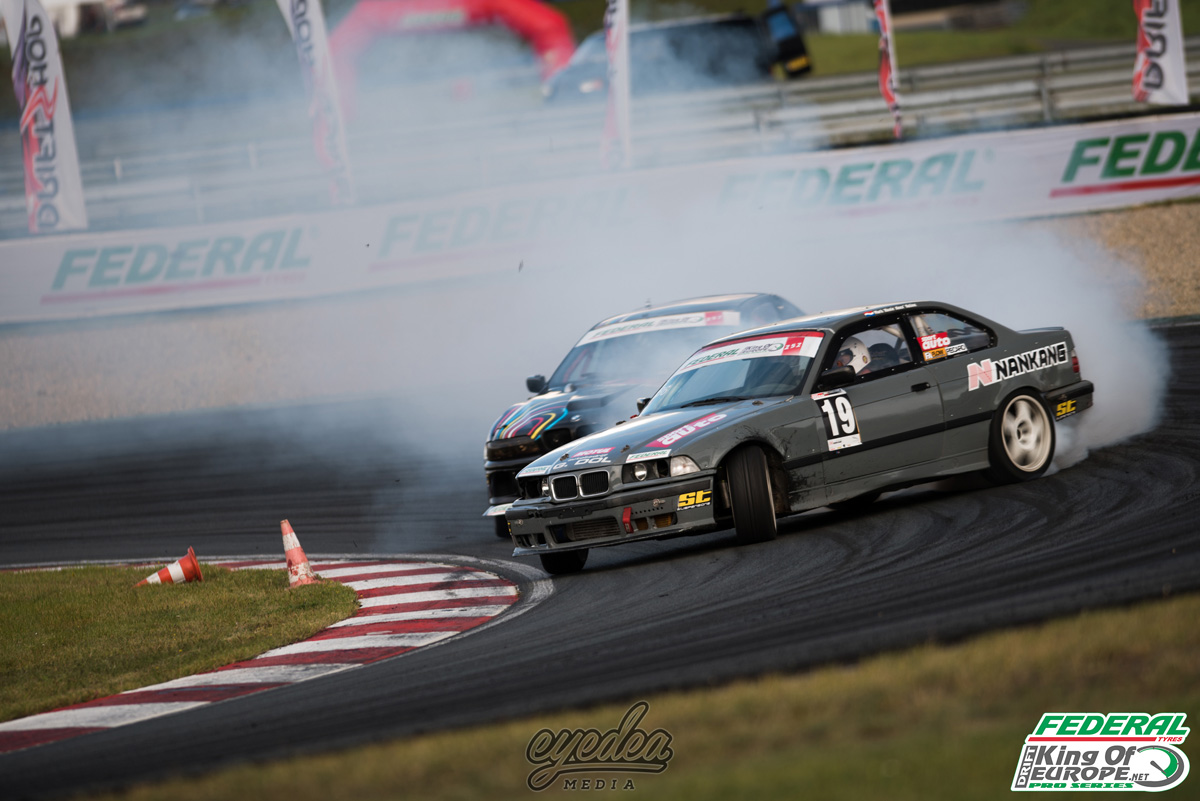 Despite his best efforts, Slovakian Norbert Kovacik failed to stop Eli Hountondji’s stunning form as he sealed his place in the final and Marco Zakouril landed the opposing spot after knocking out Mark Reijne. 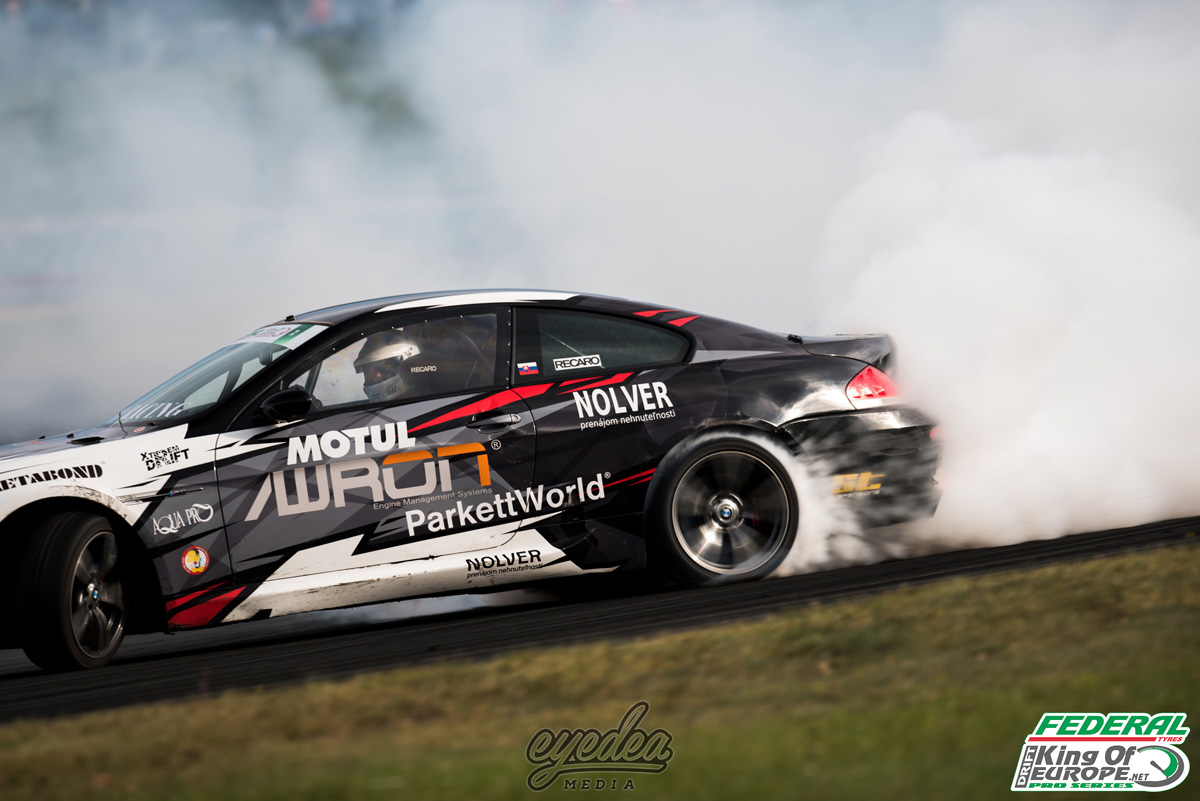 After yet another solid performance throughout the weekend, recently crowned King of Touge Champion Norbert Kovacik managed a 6-4 advantage in the small final after an initial 0-0 score to secure his return to the podium in third place. 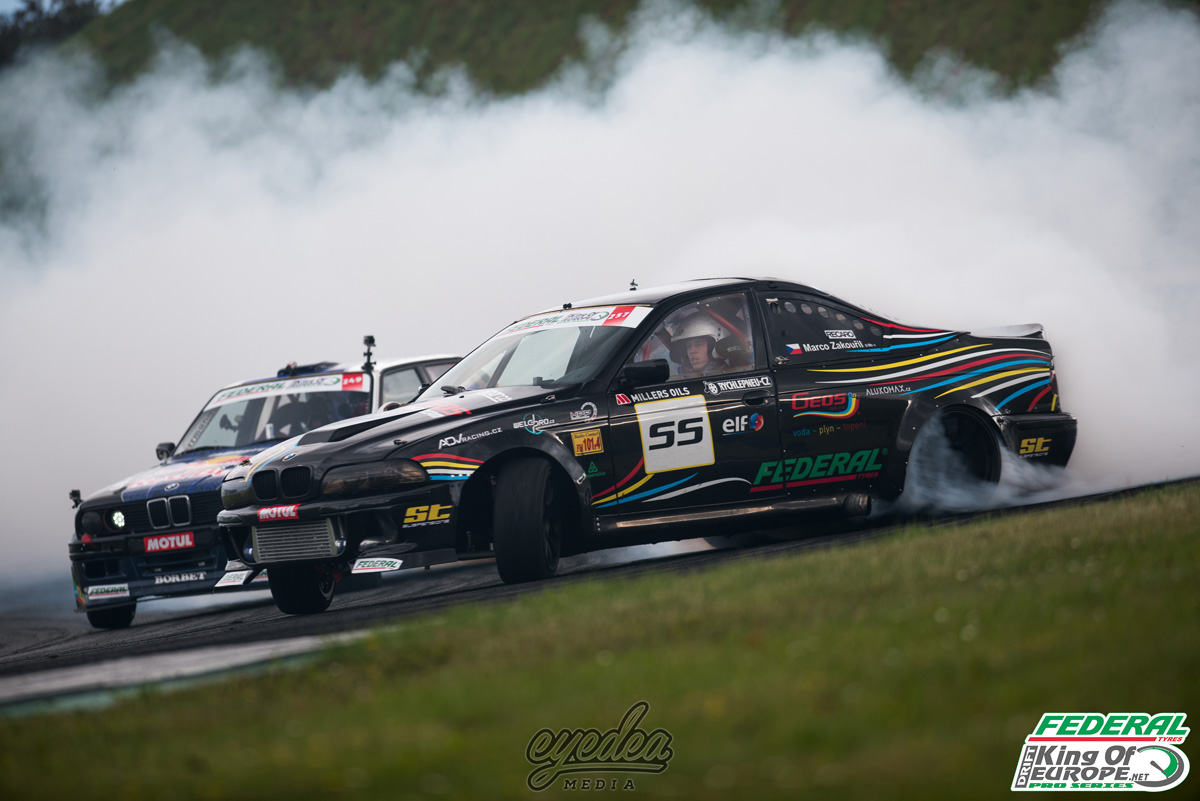 As the crowd took their positions to witness the final battle for their home hero, it would be a 5-5, 5-5 draw handed by the judges for both Eli Hountondji and Marco Zakouril to send the final into a nail-biting one more time battle. 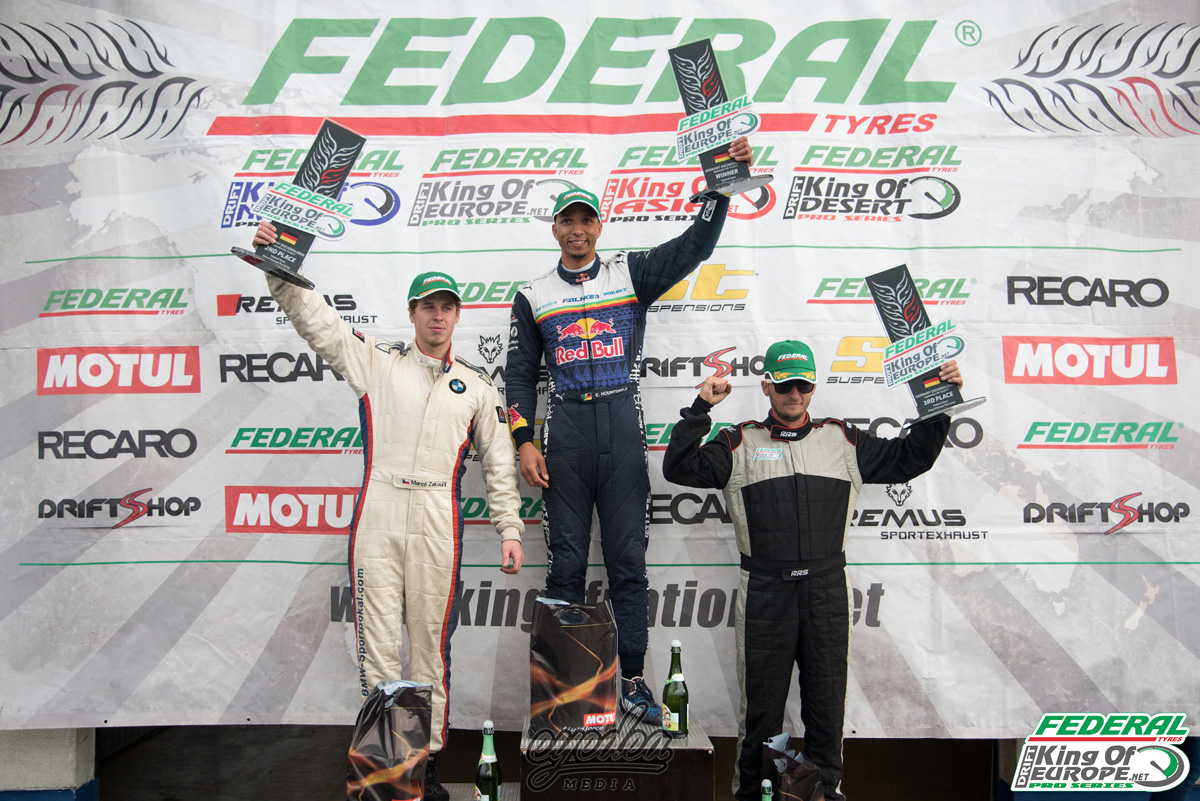 After Eli taking an initial 6-4 advantage in the lead run, an unfortunate mistake from Czech driver Zakouril would hand a 10-0 score to Eli as he deservedly took his place on the top of the podium after an incredible weekend! 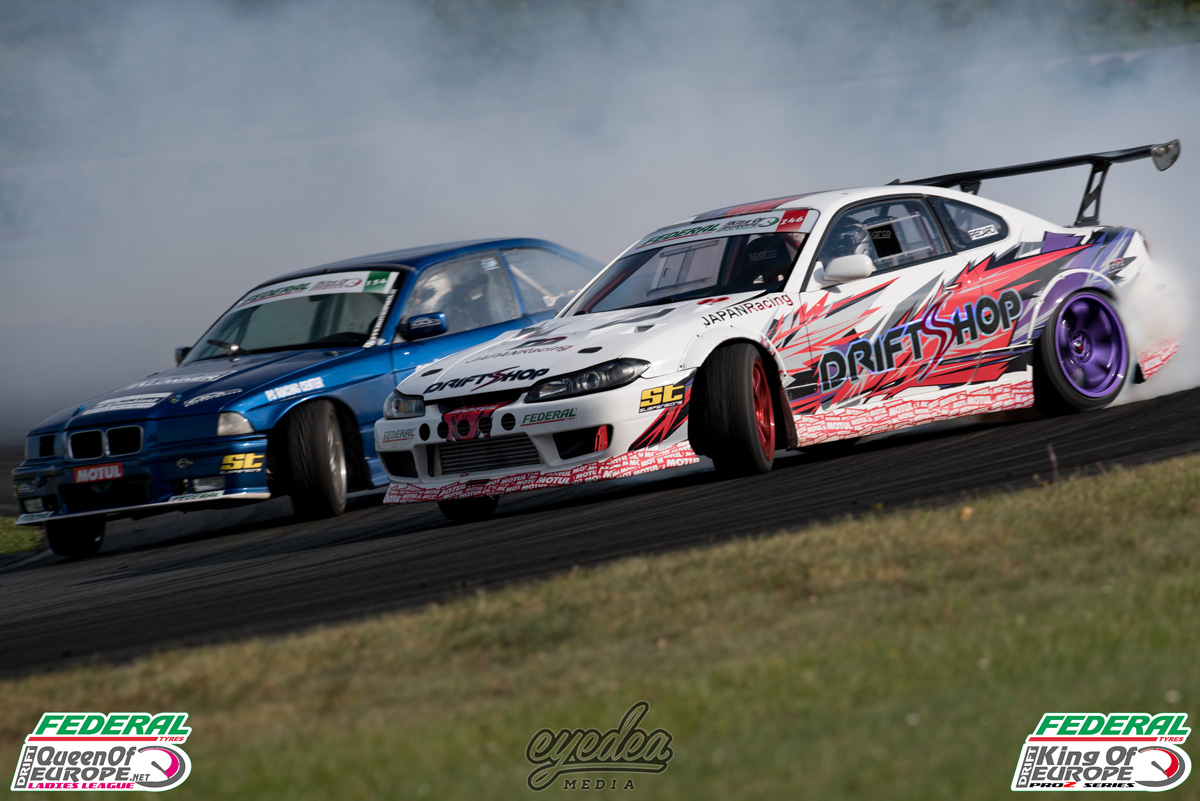 In the Pro2 series it would be Austrian driver Gunther Denk who landed the coveted top spot with top qualifier Steve Leiber in second and Queen of Europe driver Michaela Sacherova clinching the third position. 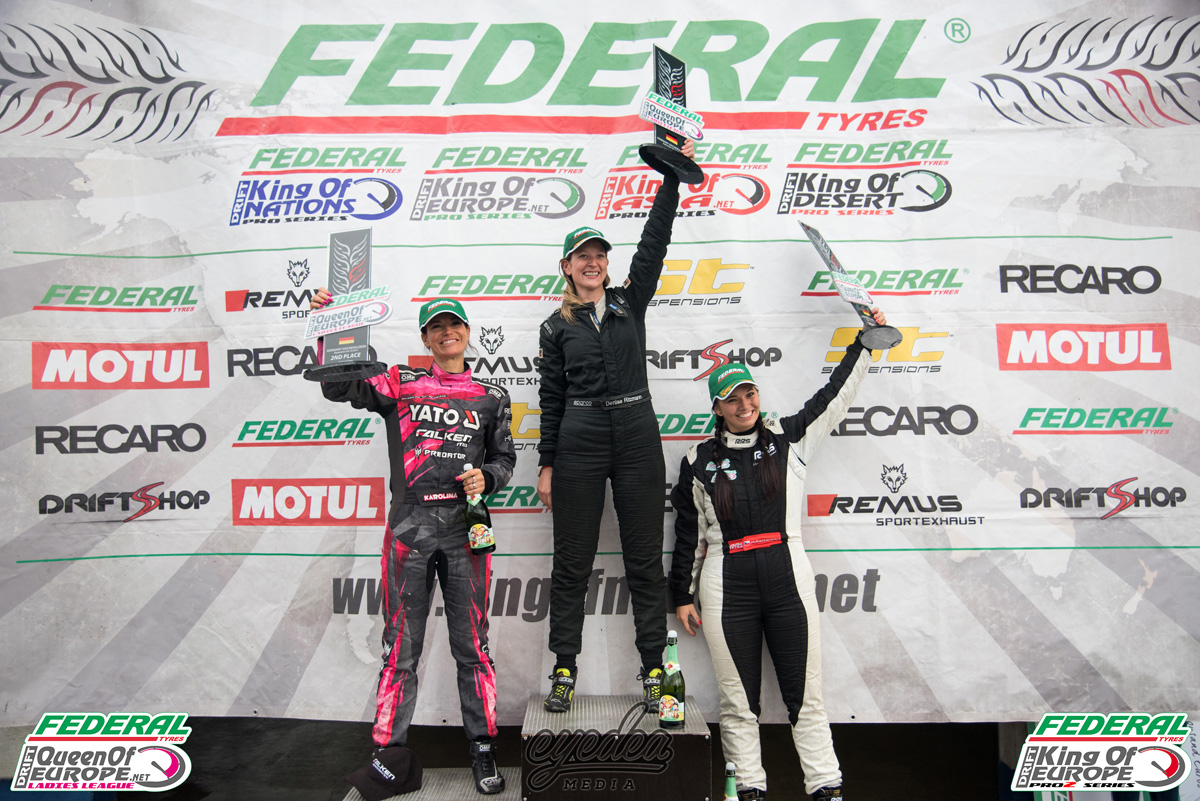 In the Queen of Europe series, Denise Ritzmann once again takes the win for Germany with series leader Karolina Pilarczyk in second and Michaela Sacherova once again landing her spot on the podium in third! 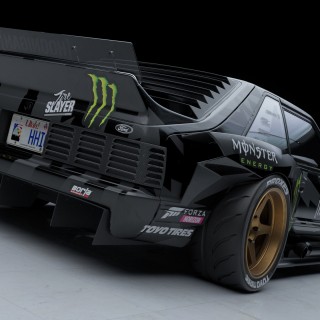