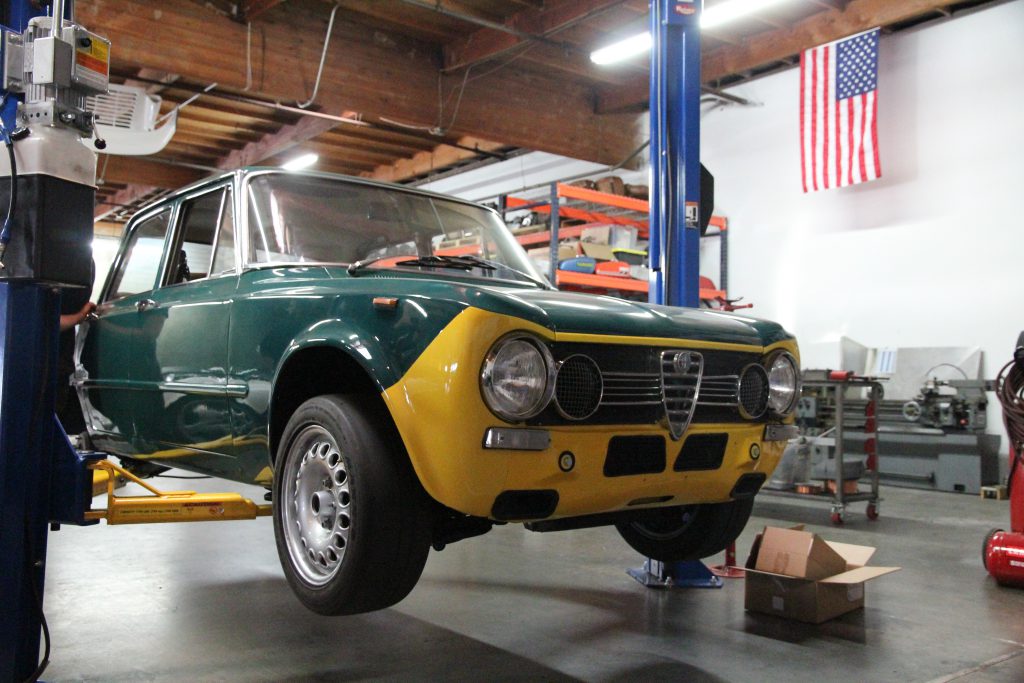 In different career portals you can often read how some career people just have enough from their everyday life and successfully get out of their personal career cage. Many of these “dropouts” then choose a much easier and rather free life, to for example find their inner peace as a husky breeder in Canada, travel scout or organic farmer. Well, for us petrol heads this is probably the wrong vocation. 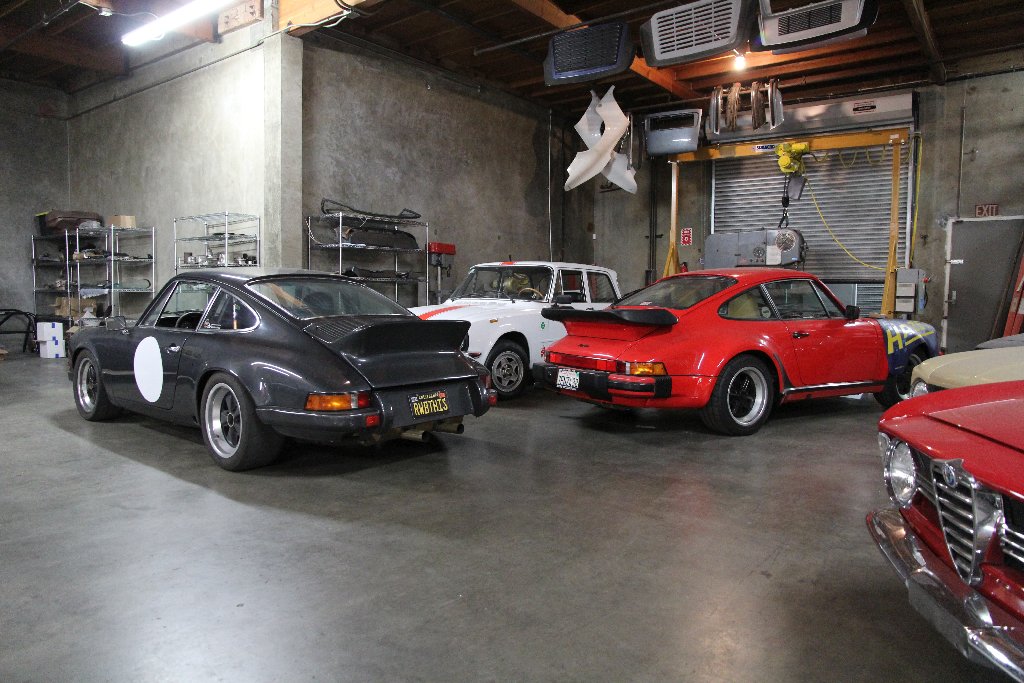 But the career drop out of the Californian Dorian Valenzua is rather the right decision. The former aerospace engineer previously developed rocket engines at the NASA and at some point had enough of the infinite expanses of space. His heart beats more for automobiles than to belong to the circle of engineers who bring astronauts to Mars. 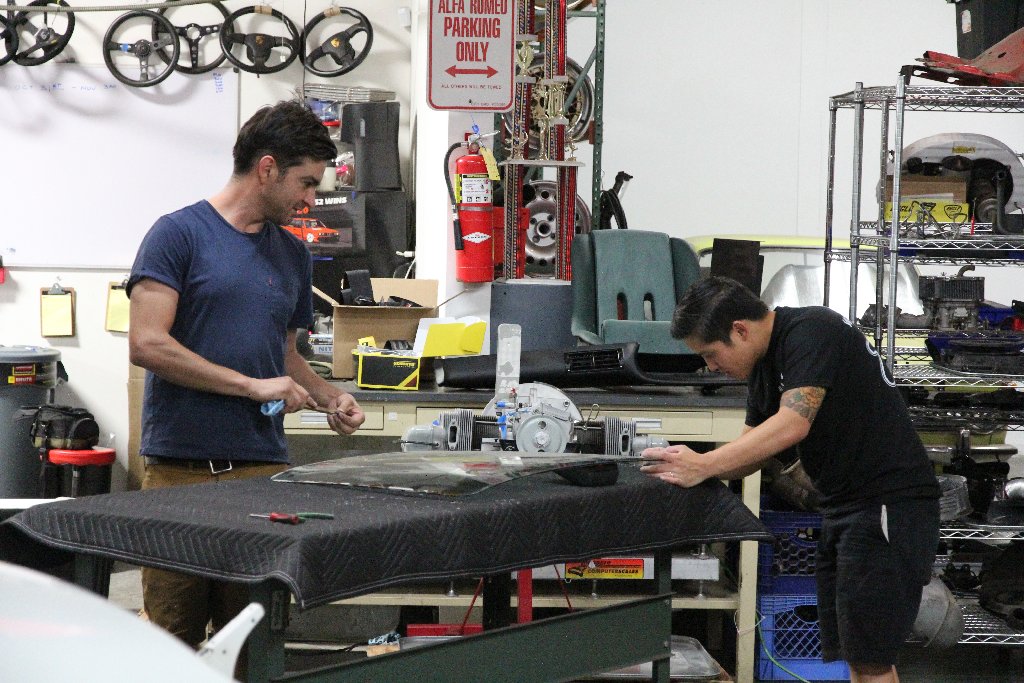 “The job at NASA was really exciting, but something was just missing”, said Dorian and so he changed to the corporate empire of Elon Musk. But even at SpaceX he was not happy. His heart beats for cars, so he worked for Singer Vehicle Design as an electrical engineer and took care of the electronics. But with all those back-date Porsche, Dorian wasn´t really happy either. He wanted to be his own boss. 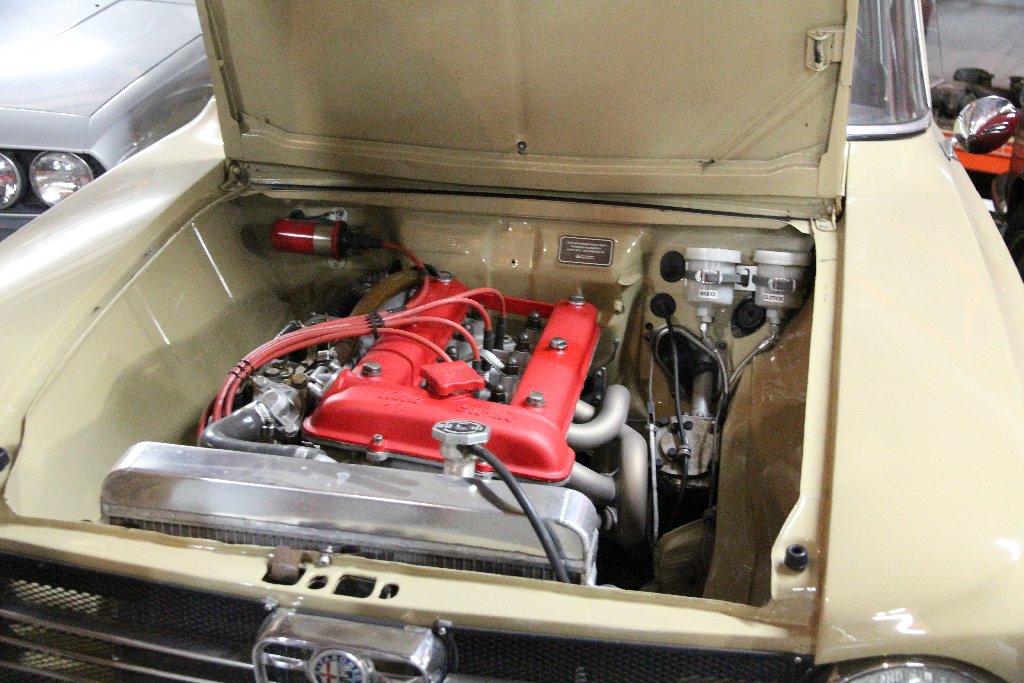 Dorian’s passion clearly are Italian automobiles, especially when they carry the Scudetto in the radiator grill. On the spot, the 41-year-old has founded his own little garage DV Mechanics in Montebello, South of Los Angeles, in order to live his love for Alfa Romeo and Co. while earning money at the same time. 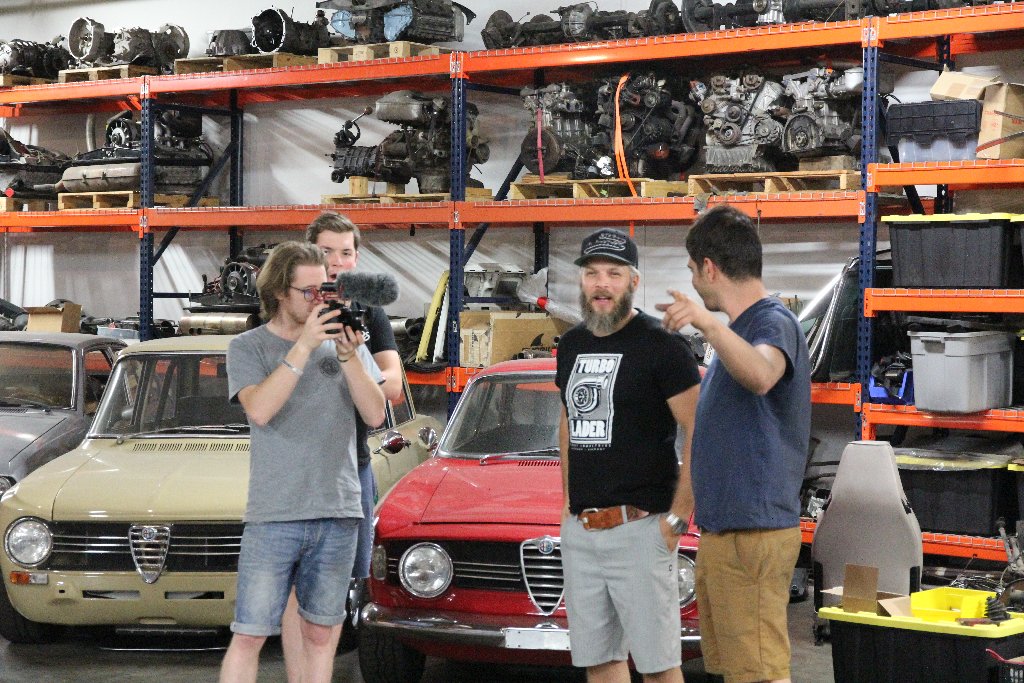 Dorian got the passion for cars from his family. “When my father grew up in Mexico, he hardly saw any cars from Germany or Italy. After he moved to the US and came back home from the Vietnam War, he started to work as an Aerospace Engineer and bought himself a Porsche 914. I liked that car a lot even back when I was a child, and it is still standing in the garage” Dorian reveals when we visited him together with Sidney in his workshop. 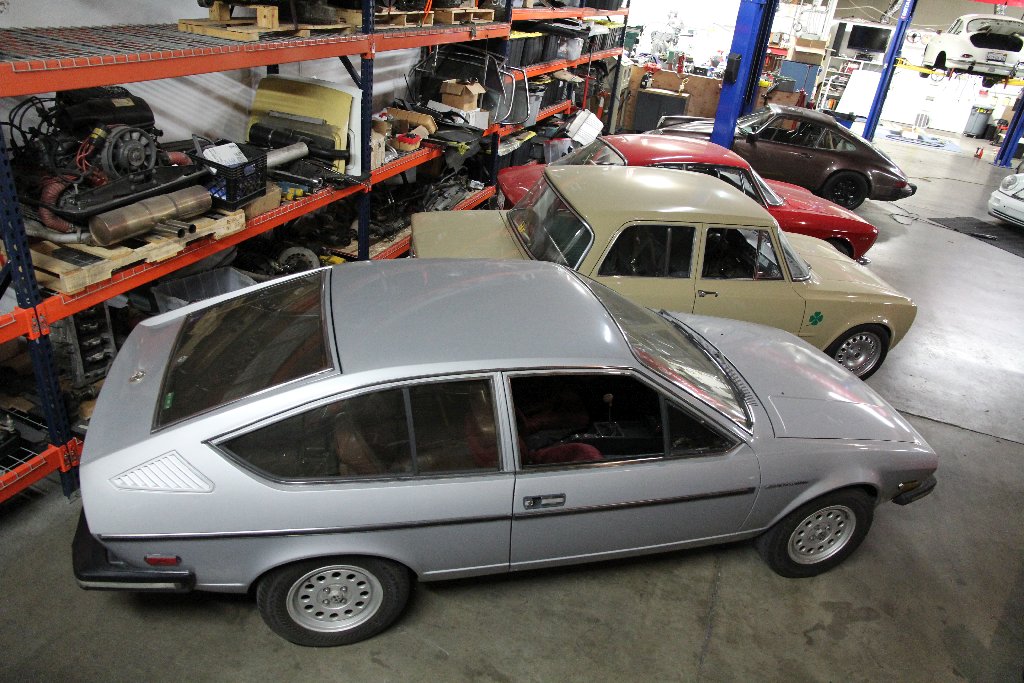 We came to visit Dorian many times over the last few years and this year, besides all the Alfas, a very special Porsche was in the limelight. Dorian has built up a 911 (964). 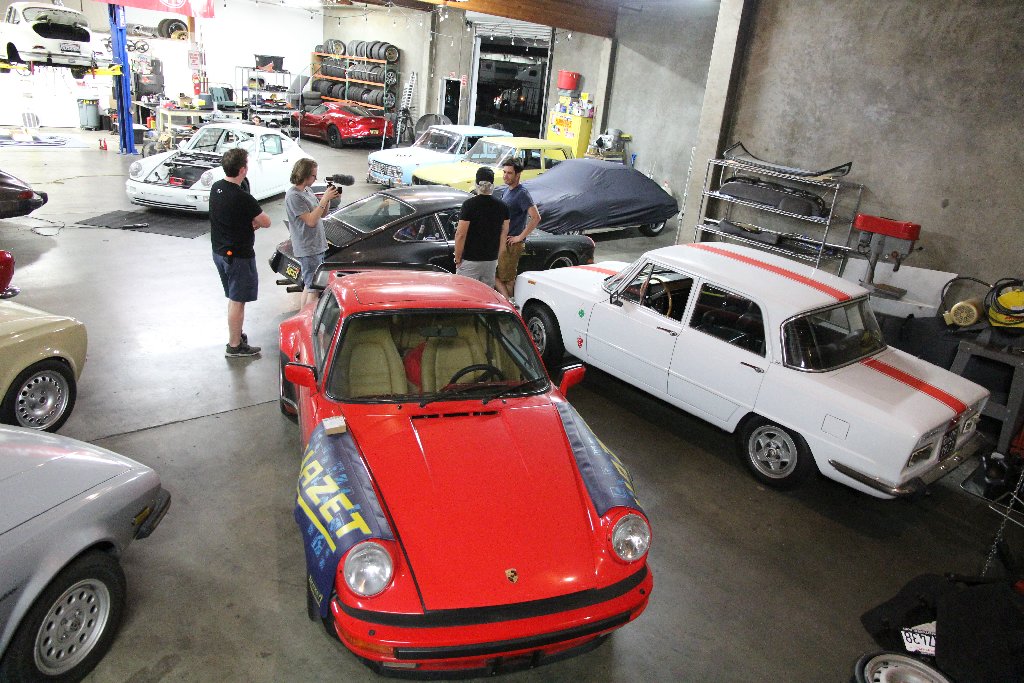 The Carrera belongs to Eli Kogan and the car was presented on the KW booth at the SEMA. The cool thing about the Porsche is just the clean style, which is created just by the interaction of the painting in Grand Prix white and the black BBS E88 18 inch rims.

Because Eli uses his 911 as a pure fun device for track days and trips to the California canyon roads in around Los Angeles, his Porsche has been equipped with a KW Clubsport 2-way coilover kit. A roll cage was welded in the empty interior and two Recaro Pole Position bucket seats were installed. 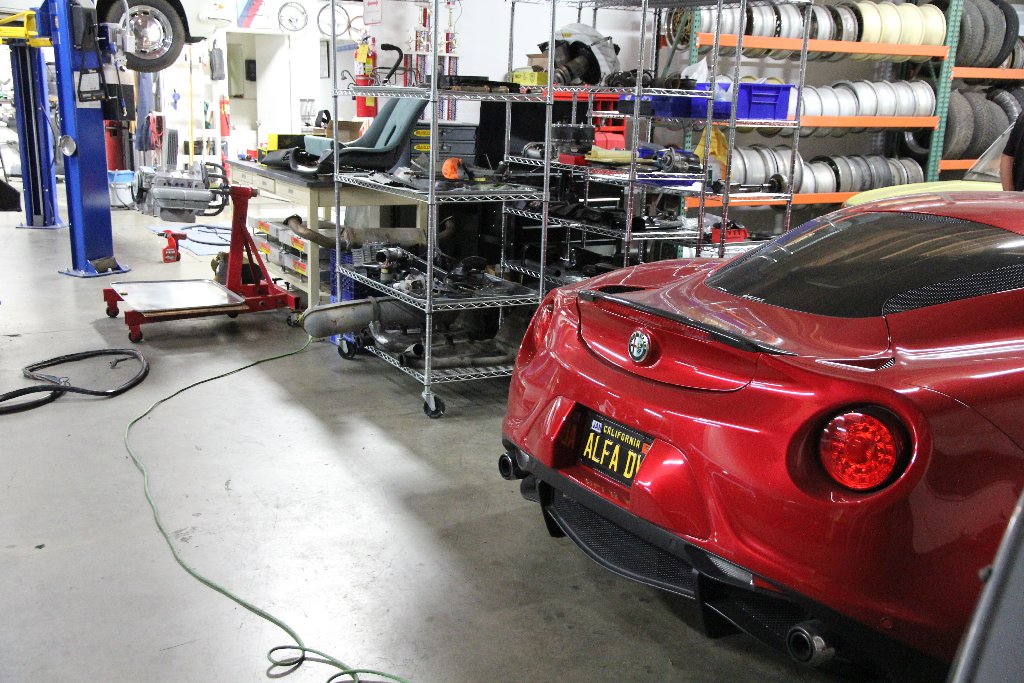 But let´s have a closer look at the Porsche some other time, and continue to rummage through Dorian’s workshop. As a child of the eighties he has decorated his workshop and especially his office with items from this era and music from glam rock to punk rock up to brit pop, the vibes of the seventies, eighties and nineties come out of the stereo speakers. Maybe we’ll bring him a record of Adriano Celentano next time we come visit, because there are even two turntables in his office. 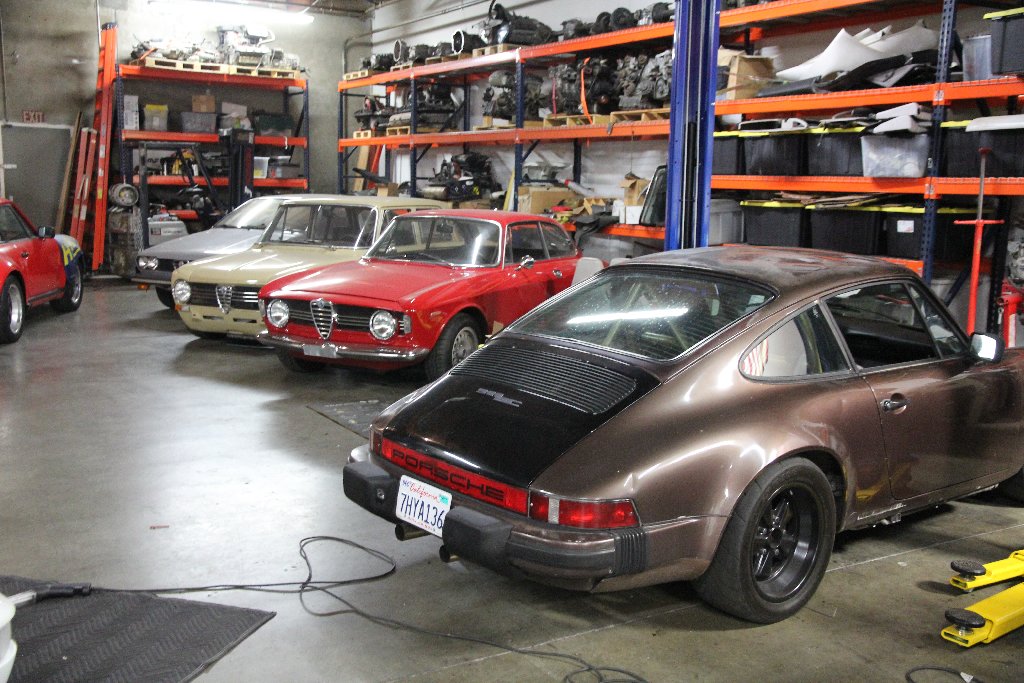 In addition to all this pop culture, Dorian has also bought a small machine park with lathes and much more. “Well, I prefer to do everything myself in house.” The only thing that the Alfista cannot implement in his workshop is painting.

But let´s get back to the Alfas. While various Alfa Romeo Giulias in various stages of development have the upper hand in his workshop, also some other highlights are hidden such as an Alfetta, one or the other customer Porsche, a BMW 02 and an Alfa Romeo 4C. 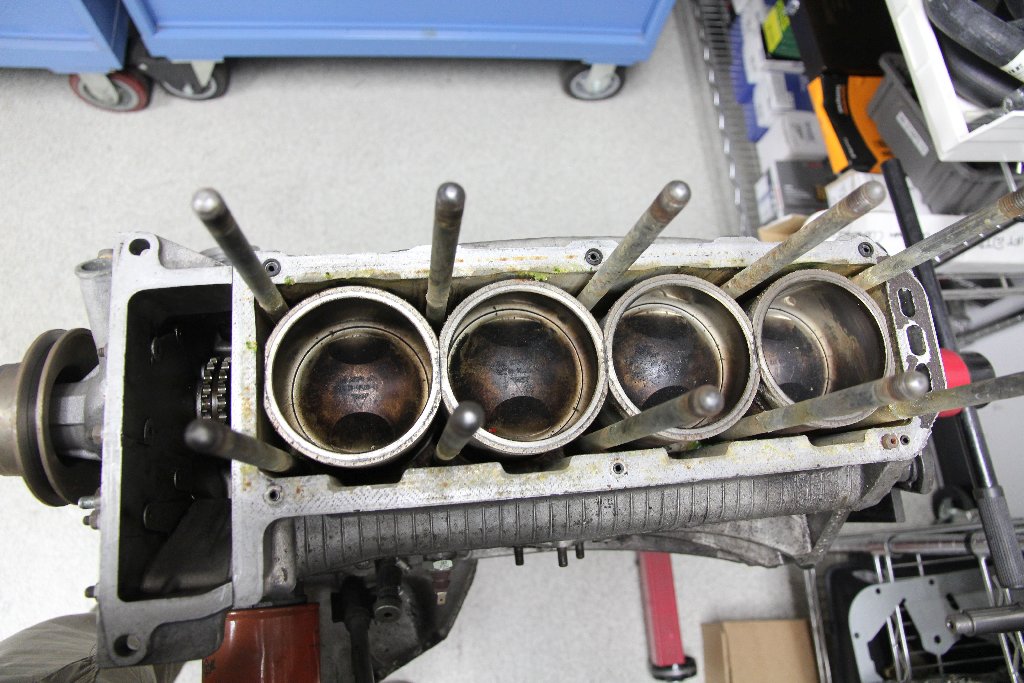 That Dorian understands his craft, is proven by the numerous engines, which he prepares for his customers. In addition to the restoration of classic cars and young classics from Alfa Romeo, Dorian is also a certified KW specialized dealer and visited our headquarters in Fichtenberg in March 2017, to extend his suspension knowledge and to be able to assist his customers with setup questions. 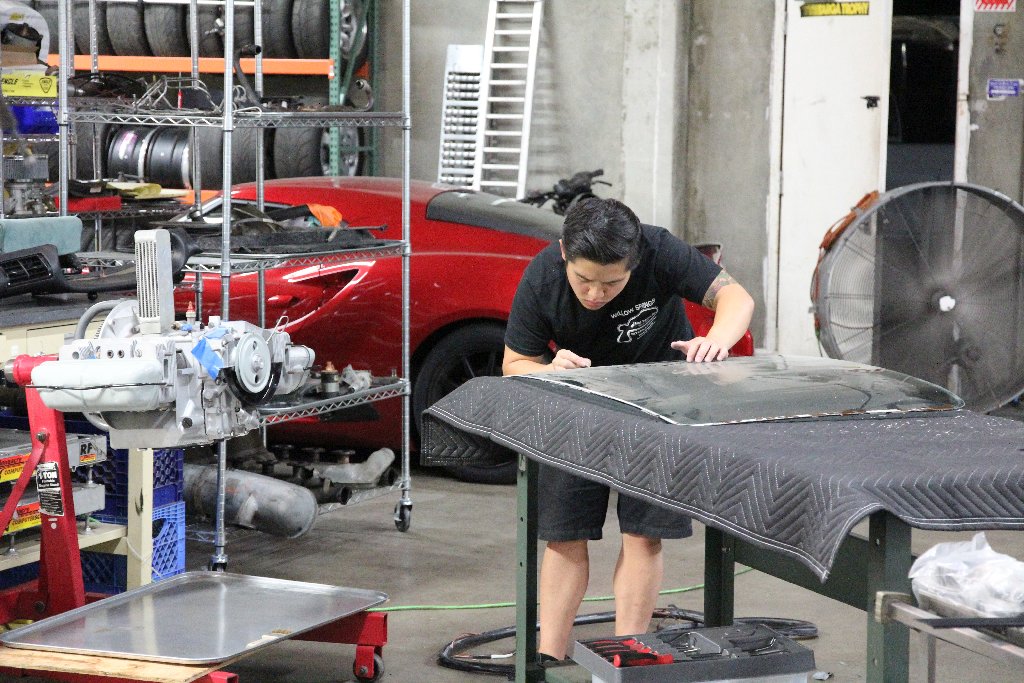 With his for the Greater LA pretty “exotic garage” DV Mechanics, Dorian speaks to enthusiastic petrol heads who also like to take part at track days with their classic “Euros” and for who tuning is much more than to regularly present their classics at the numerous “Cars and Coffee”-meetings. With DV Mechanics, Dorian occupies a small but neat niche and his customers are Alfisti who take a long journey to get that certain something from Dorian for their Alfa Romeo.