This motorsport veteran in a race suit is a living legend in US motorsports and feels right at home on the hills of Pikes Peak in Colorado. But what kind of race car is this when even a driver like Jeff Zwart who is the hardened and has been through it all pulls out his smartphone and takes photos of his racecar.

Jeff, born in 1955, is actually a filmmaker, photographer, cameraman, book author, and on the side, a passionate race car driver whose heart beats for Porsche.

During his first visit to the “Pikes Peak International Hill Climb” aka “The Race to the Clouds” race in 1994, he won the “Open Class Championship” in a Porsche on his first attempt. Since then he has competed with over ten different Porsche models, and claimed victories in eight classes.

The avid Porsche enthusiast will probably know the American from his appearance in the YouTube teaser “The Road to Pikes Peak Hill Climb.” At this time, he drove a Porsche 911 GT2 RS “road car” from California on its four wheels directly to the start in Colorado. Or maybe you also remember the #LUFTAUTO – a Porsche 911 Safari? Jeff was also involved in this project together with us.

Pikes Peak? There was something?

Yes, that is the mountain in the Rocky Mountains where Bavarian Motorsport Legend Walter Röhrl immortalized himself with an Audi sport quattro, even far away from the rally sport.

In the past years, numerous KW racing customers have driven and won on the “most American mountain” in the USA. Today’s tarmacked road winds from the start at 2,862 meters with over 155 curves to the 4,301-meter high summit. The race cars have to overcome an average gradient of seven percent and an altitude difference of 1,440 meters on the 19.99-kilometer distance.

In 2020, Jeff Zwart will once again be competing at Pikes Peak and, of course, with a Porsche. A very special Porsche. The Porsche is so special that many people already consider it a legend.

The carbon fiber race car is not a one-off built by a tuning company, but the Porsche 935 (2018), built in a very limited production run of only 77 as a homage. A declaration of love from Porsche to one of the most successful racing cars in a long-gone motorsport era, the original Porsche 935 was based on the Porsche 911 Turbo (930). With this Porsche, the automobile manufacturer won the brand world championship four years in a row from 1976 to 1979 – but not only that!

Whether in the IMSA GT series or at the 24h race of Le Mans, the successful streak of the Porsche 935 never stopped. Even today, the original Porsche 935 is still one of the most successful race cars of all time. Even after Porsche no longer competed with a 935 itself, the 935 continued to win in the hands of financially strong privateer teams.

But even the modern homage is not for everyone. This is not to mention the purchase price of 701,948 Euros (net). There is enough money in the world, but Porsche does not sell its “fillet pieces” to just anybody with money.

Whoever wanted to have a Porsche 935 (2018) in 2018 or 2019 had to show an exclusive Porsche ownership history to get on the waiting list of interested customers. This 935 with the production number 19 of 77, is from the fleet of the Porsche collector Bob Ingram, who has one of the largest and most versatile Porsche collections in the USA.

Before becoming self-employed, Joey Seely was a racing engineer for many years with various Porsche motorsports teams and is one of the top addresses on the West Coast for air-cooled and water-cooled Porsches.

While Joey experimented with our colleagues from KW automotive North America at Willow Springs International Raceway with various tire compounds and setup changes on the Porsche 935, Mitch Mckee took care of the various engine mappings.

For the storming of Pikes Peak, not only the road itself is a challenge, but also the air, which gets thinner with every meter of altitude, making it challenging for the technology.

Those of you who still remember our appearance at the Essen Motor Show 2019 know that the 77 Porsche 935s built have long since been sold out and rolled off the assembly line with a KW coilover suspension kit.

These are three-way adjustable motorsport shocks. For the front axle, we manufacture the MacPherson struts with KW SingleTube dampers in upside-down design directly in Fichtenberg, Germany.

The rebound damping is not adjusted at the upper end of the piston rod via the adjuster wheel as it is the case with a twin-tube damper. On this racing shock system, everything is changed and turned of 180 degrees, so you can call it upside-down shock body design or kind of inverted monotube design.

At the drive axle, the KW Single-Tube shocks are not an “up-side-down” version, but the compression valves are here too located in the expansion reservoir. The rebound damping is adjusted directly via the adjustment wheel on the piston rod. With this racing suspension, the dampers can be tuned with 18 exact clicks each.

We always receive many inquiries from our fans if a KW Competition racing suspension would be something for everyday use. To answer this question is not easy. Basically, a KW racing suspension has been developed exclusively for professional motorsports.

That’s why these suspension kits are not available in ordinary automobile accessory shops or our online shop, but only select KW specialized trade partners can sell KW racing shock kits in addition to us. A parts certificate is also not available for our racing suspensions, because these are uncompromising performance components for professional motorsport use.

It is not only the “missing” parts certificate that distinguishes a KW Competition suspension from a KW coilover suspension Variant 1; the entire design is also different. More uncompromising. Whoever of you has ever driven a race car on a racetrack will immediately know what we mean.

Maybe you will understand the difference a bit more with the following example. An ordinary coilover suspension like KW Variant 3 for the road is about as comfortable as a dual-clutch transmission in everyday life. A racing suspension on the other side is more reminiscent of a hardcore motorsport clutch.

The components used in a race shock and the overall suspension design will be designed to maximize grip, cornering stability, and constant driving at the limit above all else. Even the cutting over race curbs must be not a challenge for a racing suspension and all the other suspension components.

It’s no coincidence that a single 24-hour race in the Green Hell (Nürburgring Nordschleife 24h Race) is said to be roughly equivalent to the wear and tear that an average (production) car would see over its life in seven years.

Sometimes, however, the term competition in day-to-day business confuses some of our customers, since our colleagues from KW Competition racing department are also responsible for KW custom-made and one-off productions.

We are one of the few chassis manufacturers who offer everything under one roof and are a kind of suspension A-Team for the automotive industry when others give up. There is hardly a vehicle for which we can’t offer a suspension kit or build a custom-made kit.

All of the new Porsche 935’s have been already sold out and so Jeff Zwart is all the more pleased that he can race a 935 at Pikes Peak because there aren’t any other professional motorsport series that exist for the Porsche 935 to race in at the moment. This makes the 77 (part-time) racing cars even more exclusive than a Porsche 911 GT3 R … 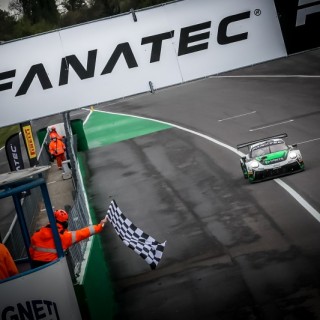 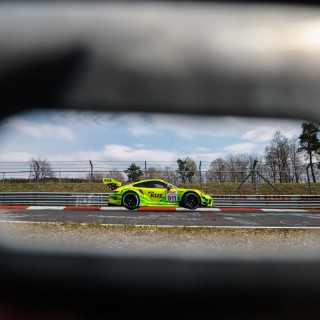 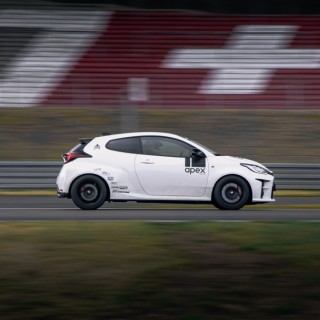 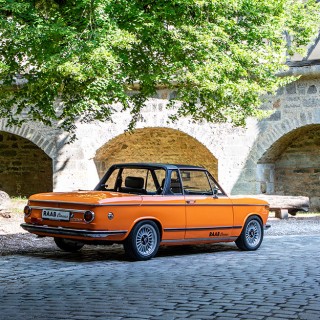 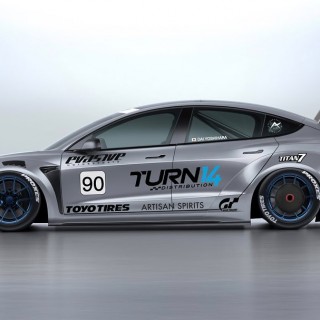 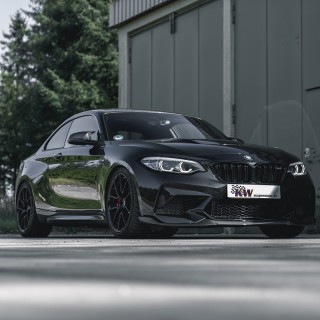