King of Europe Drift Series is back in Italy!

Just some days after an incredible event in Anneau du Rhin, drivers travelled from as far as Greece and Turkey to fight against the best drivers from across Europe. 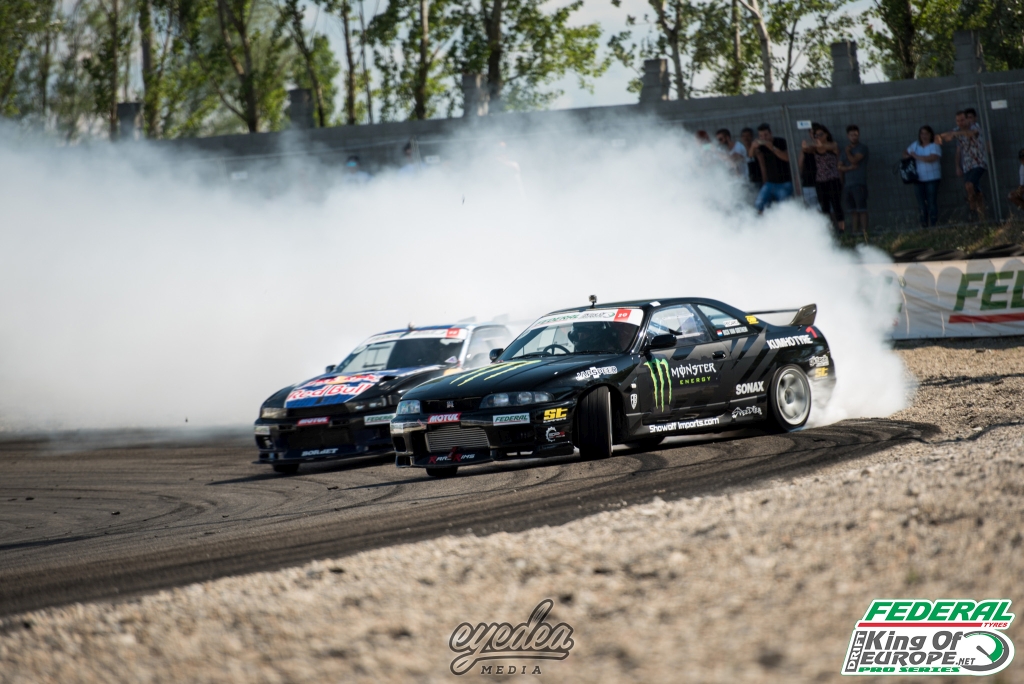 After a 3-year break King of Europe Drift Series powered by ST suspensions returned to Castelletto die Branduzzo in Italy for round 4. 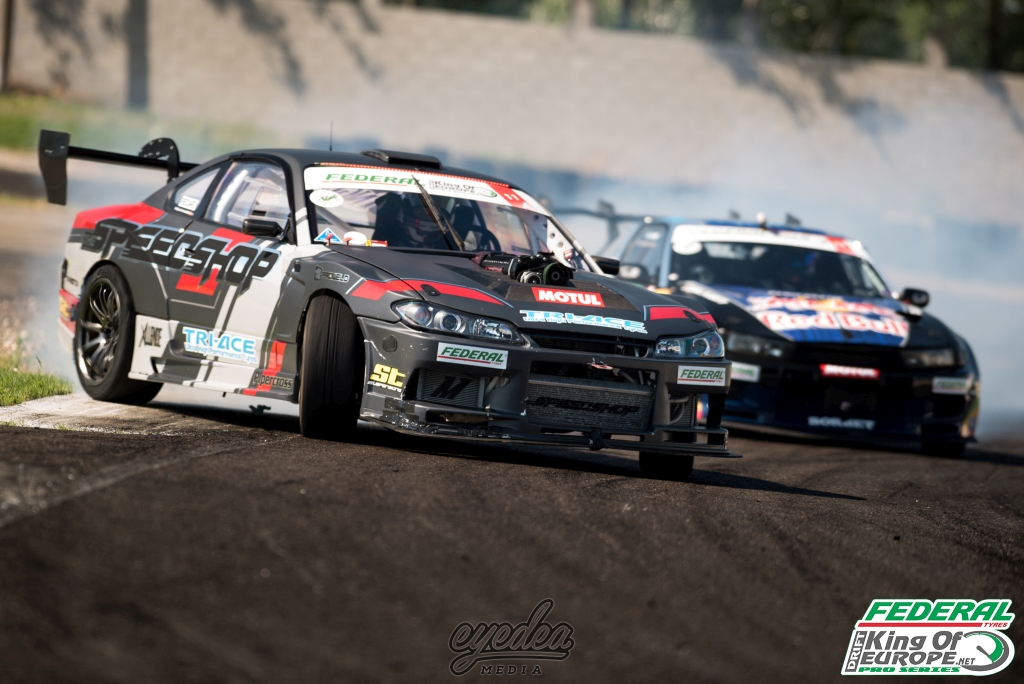 With new clipping points set by the judges and the addition of a wall, an equal playing field for the International visitors would also make things as challenging as possible for the local drivers who know the track so well. 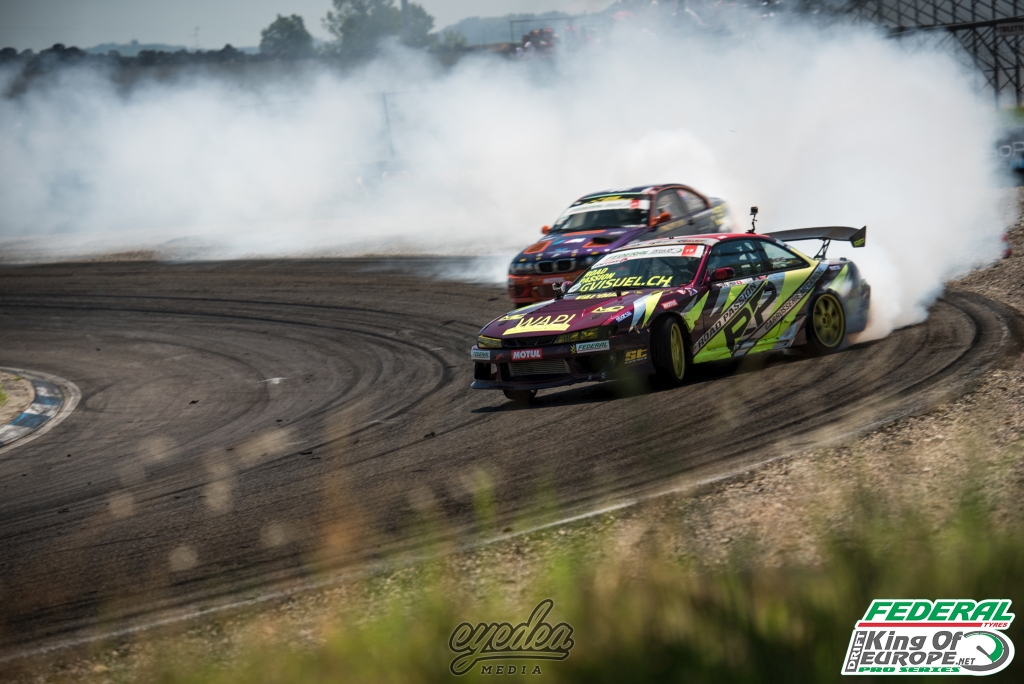 With several hours of practice under the scorching summer sun, it would test both the drivers and their machines on the new layout. It didn’t stop pilots once again pushing the boundaries as the mercury hit the mid-30s and the drivers filled the tight and technical Italian circuit with smoke clouds. 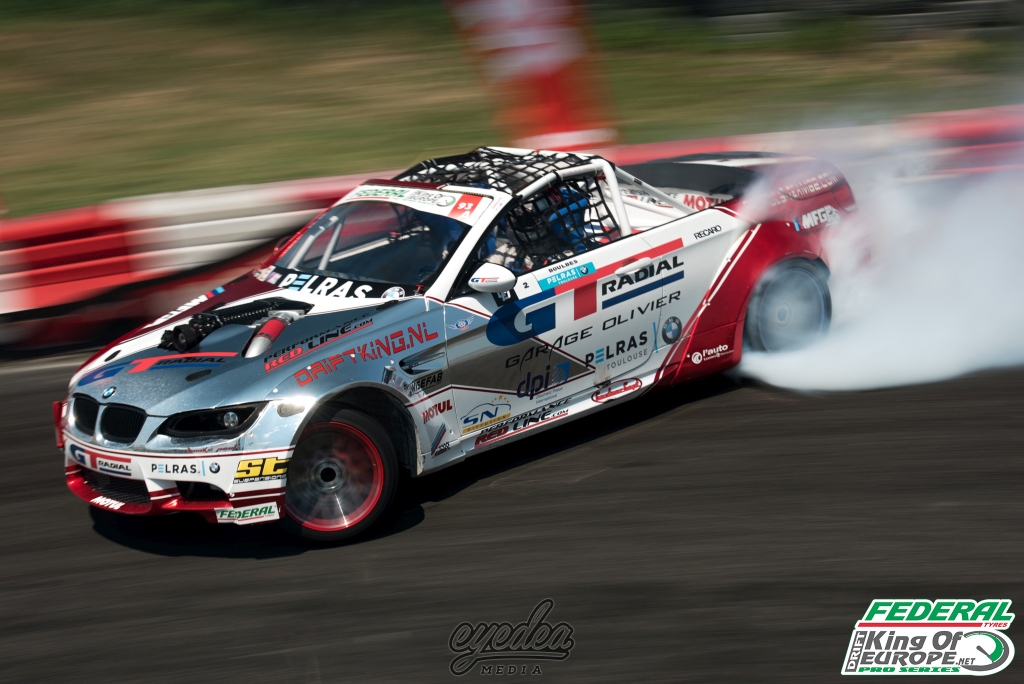 It would be French driver Benjamin Boulbes who landed the top spot during qualification after achieving a stunning run with 93.26 points. Local driver Manuel Vacca would take second place with an impressive 90.71 as Dutch driver Rick Van Goethem very narrowly missed out on the second spot with 90.45. 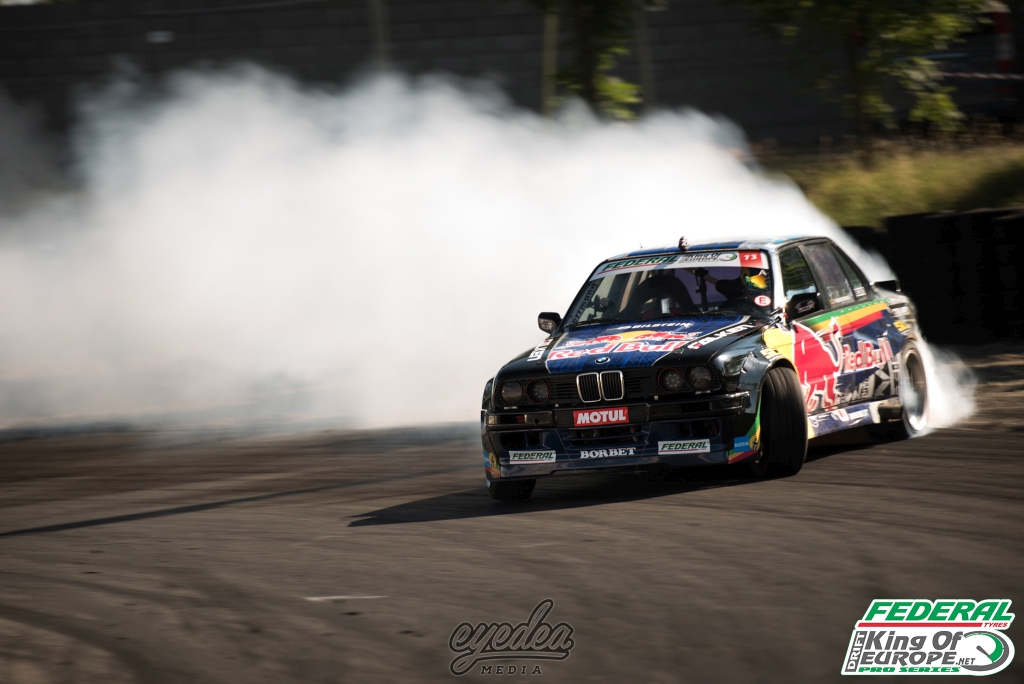 Series leaders Team Driftbrothers Eli and Joe Hountondji didn’t manage to clinch the top spots after doing so last round, however they were next in the rankings at 4th and 5th. 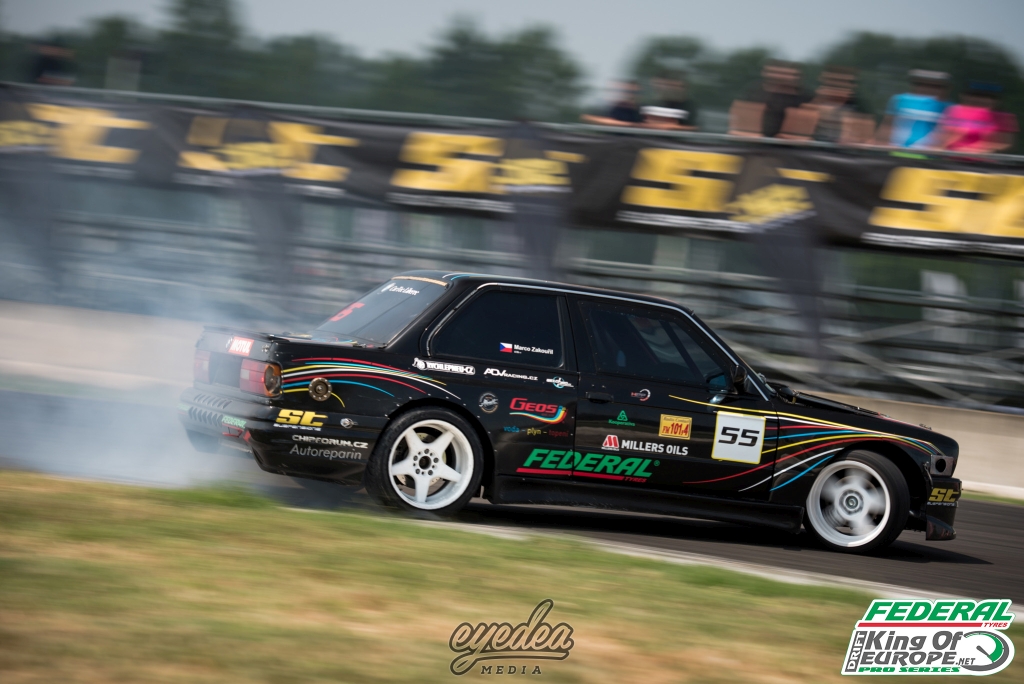 Marco Zakouril once again landed the highest attack speed, defying logic as he achieved 99.66km/h on the extremely narrow track. 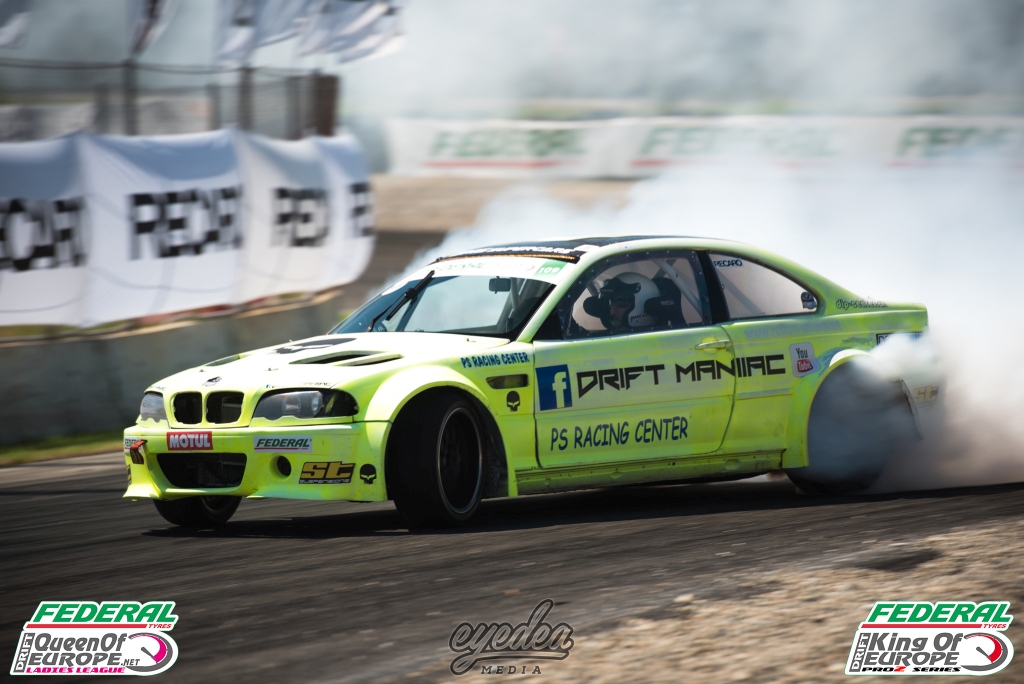 After missing the previous round, Daniel Brander came back in to top form to clinch the top spot in the Pro2 series with Francesco Ciconte and Simone Rampichini taking second and third. Turkish visitor Timur Pomak managed to clinch the 4th spot. 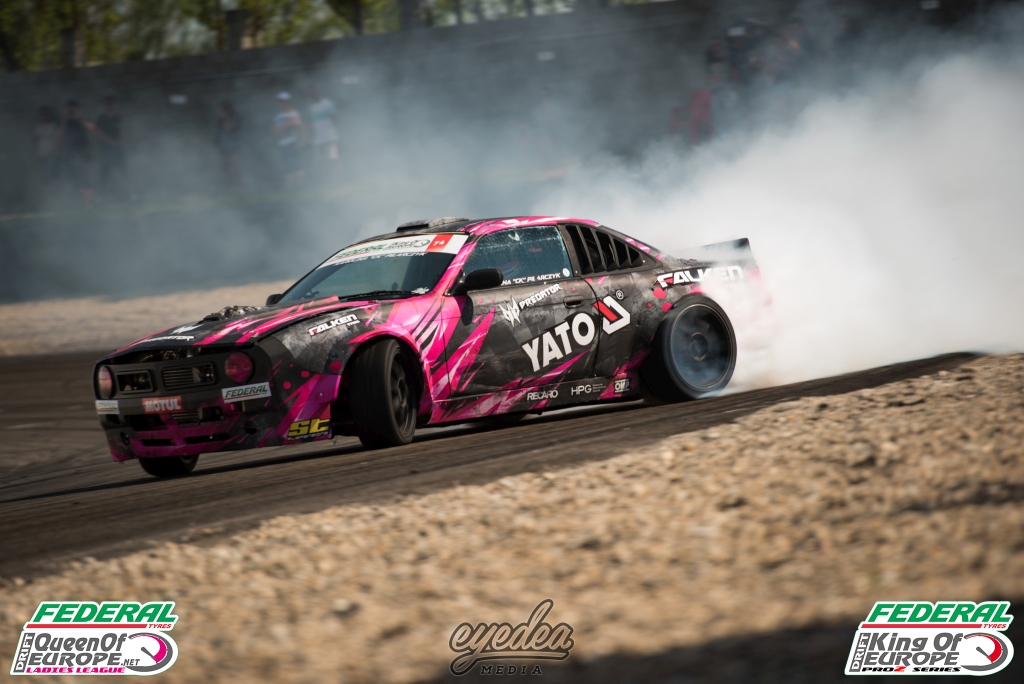 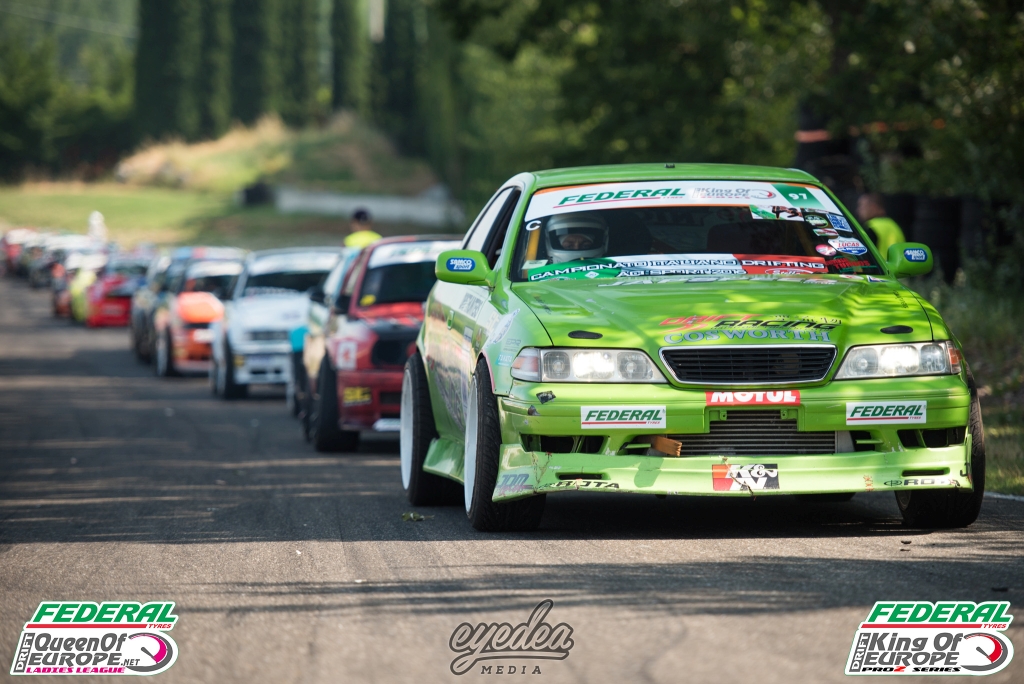 As the sun once again shone down on the Italian track for battle day, there was barely a cloud in the sky as drivers prepared to go head-to-head for the vital Championship points. 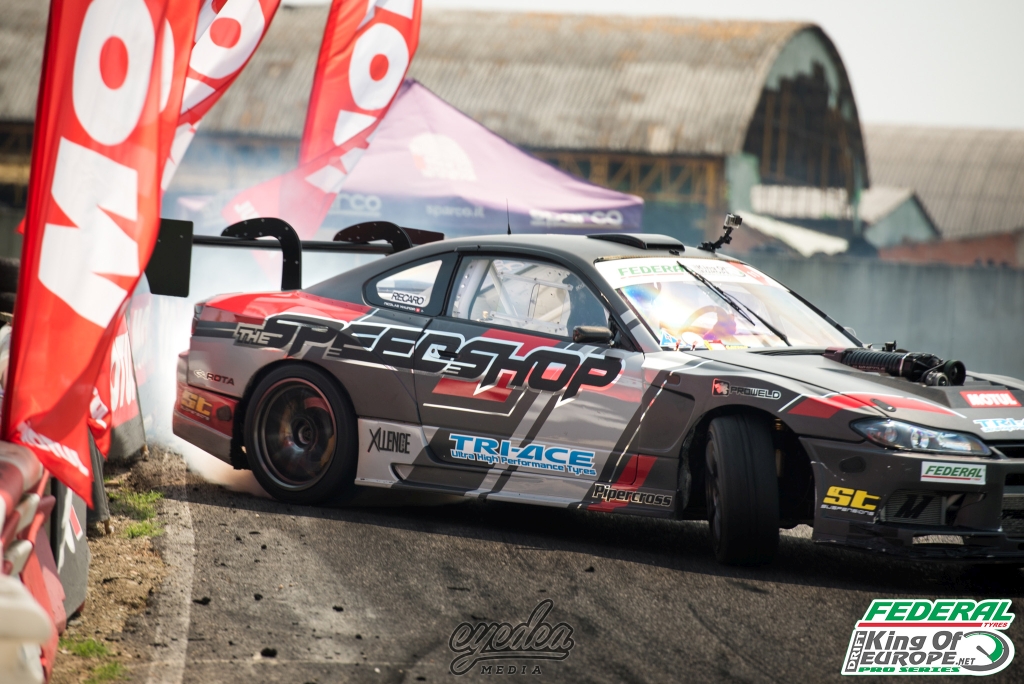 Despite nailing some impressive laps during practice, an unfortunate last-minute clutch issue would force Nicolas Maunoir out of the main event. 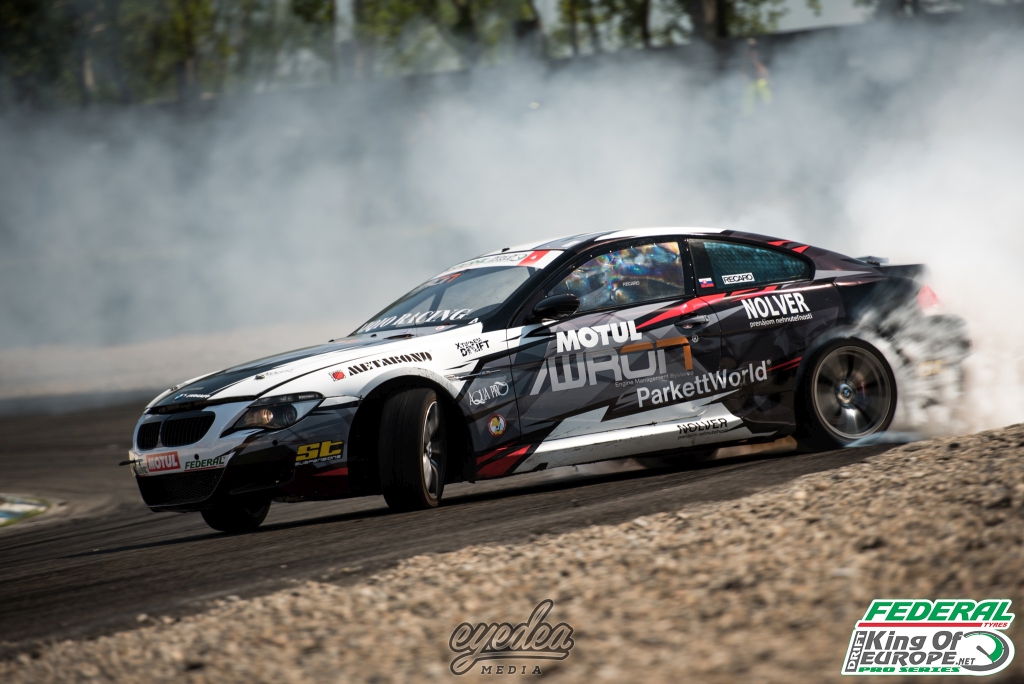 After being awarded a 6-4 advantage over Nicolas Delorme in his lead run, a rare mistake from King of Touge Champion Norbert Kovacik saw a 10-0 score awarded to Delorme to see him advance to the Top 16. 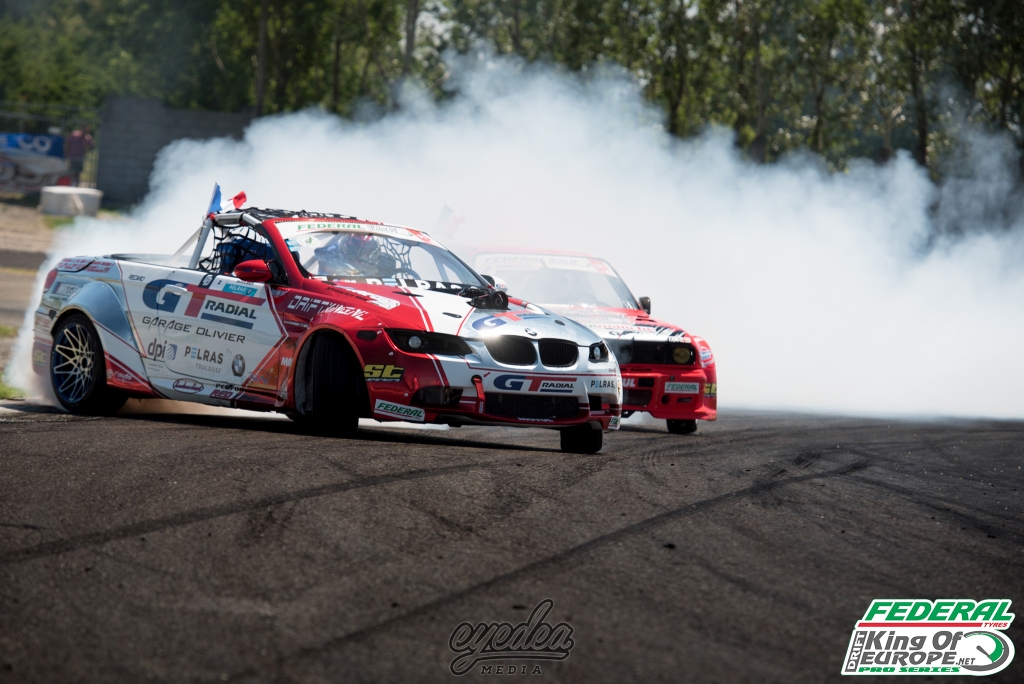 Also suffering a weekend of mechanical issues, it would prove too much for King of Nations Champion Nicolas Delorme who bowed out to fellow Frenchman Benjamin Boulbes in the Top 16. 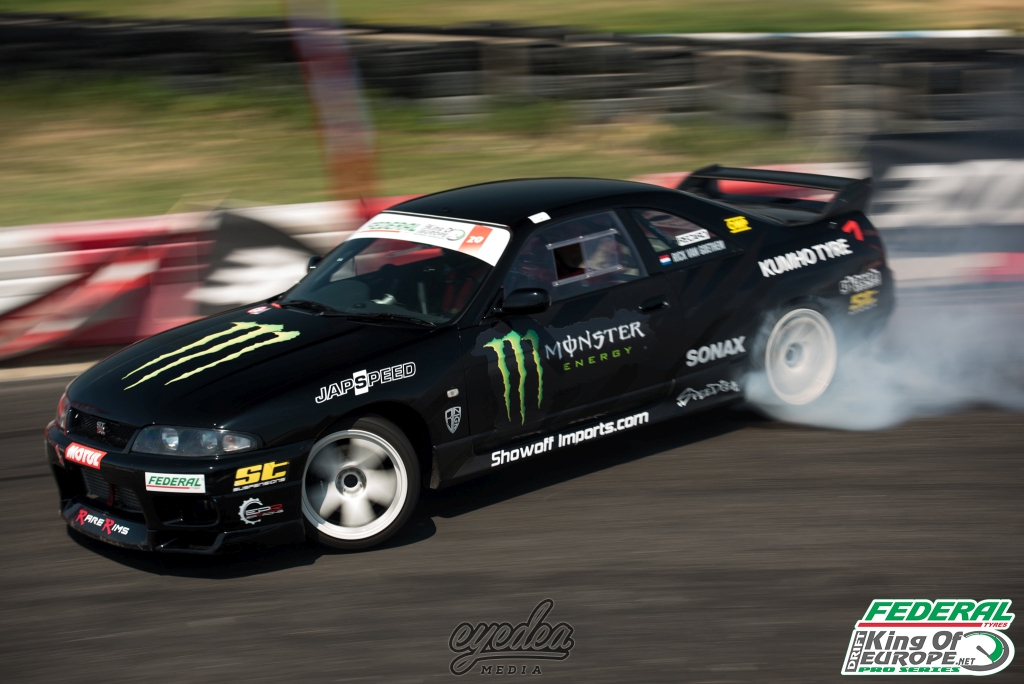 Rick Van Goethem defeated Gary Gallopin, Alberto Cona and Massimo Checchin as he forced his way to the final. As Joe Hountondji paved his way he would defeat Karolina Pilarczyk, his brother Eli and finally Italian Saverio Rachielle. 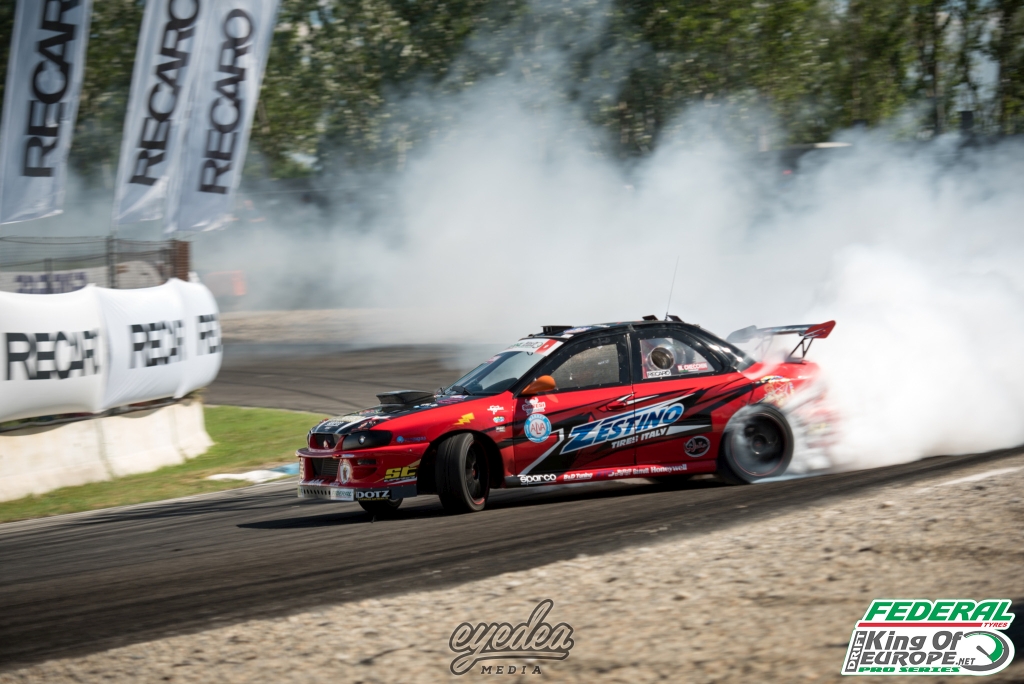 In the battle for third place, Massimo Checchin went up against Sergio Rachielle, however mechanical issues would mean that Rachielle wouldn’t be able to compete against his fellow countryman in the small final, handing the win to Checchin and leaving him to lay down a stunning victory lap for the crowd. 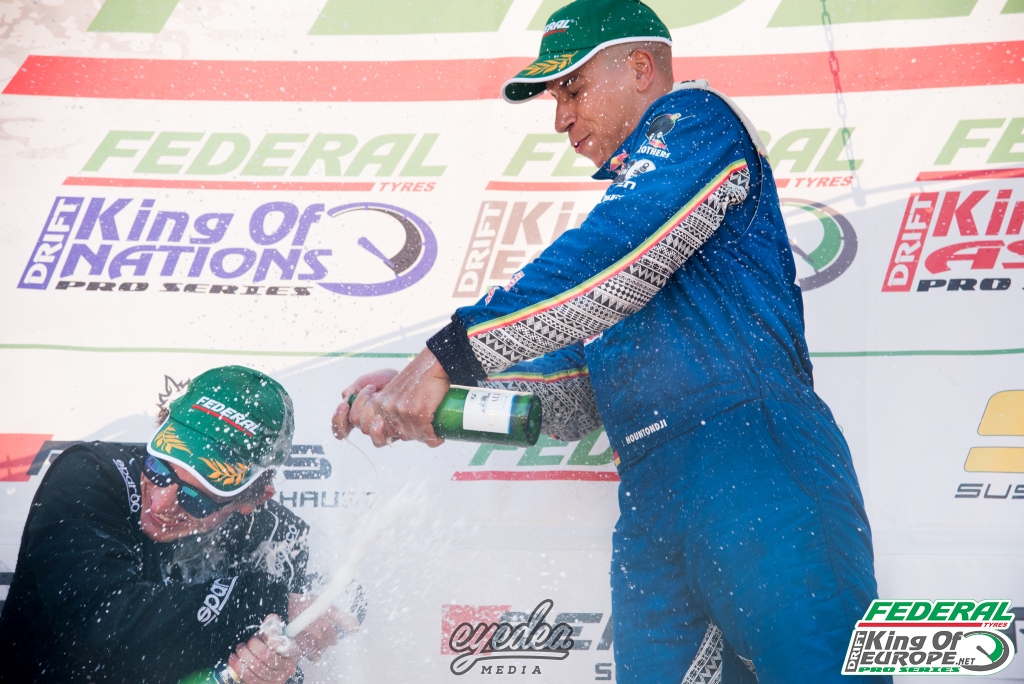 As Joe Hountondji and Rick Van Goethem faced each other in the final battle, it would be an intense decider which saw the series leader Joe Hountondji once again take the top spot on the podium. 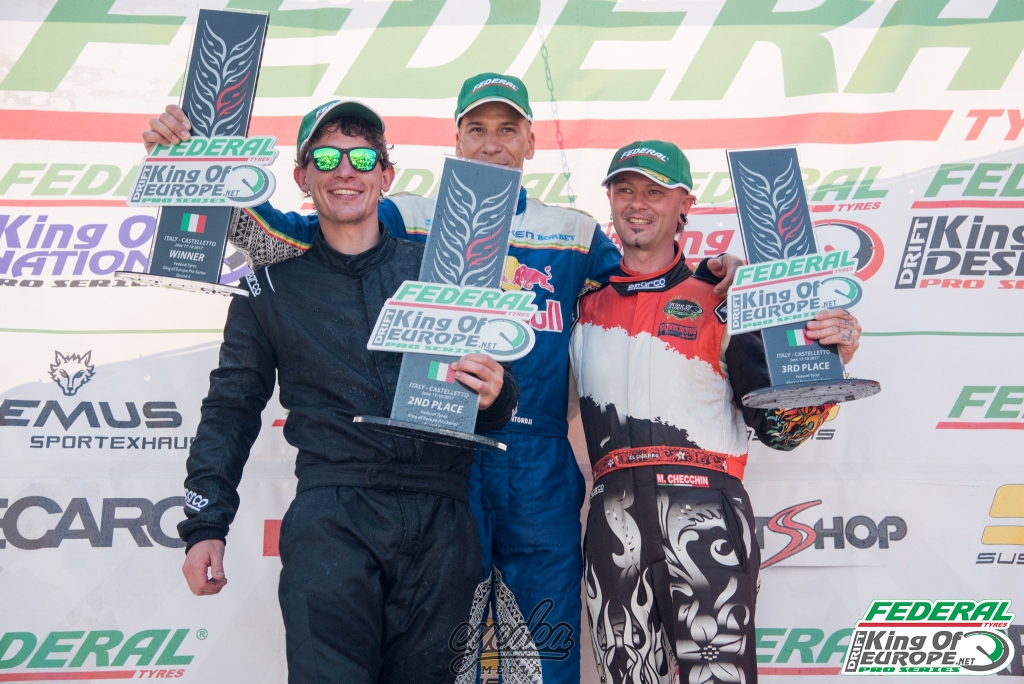 Massimo Checchin would land his first ever podium spot in his home nation as he took third place after defeating fellow Italian driver Saverio Rachielle in the small final. 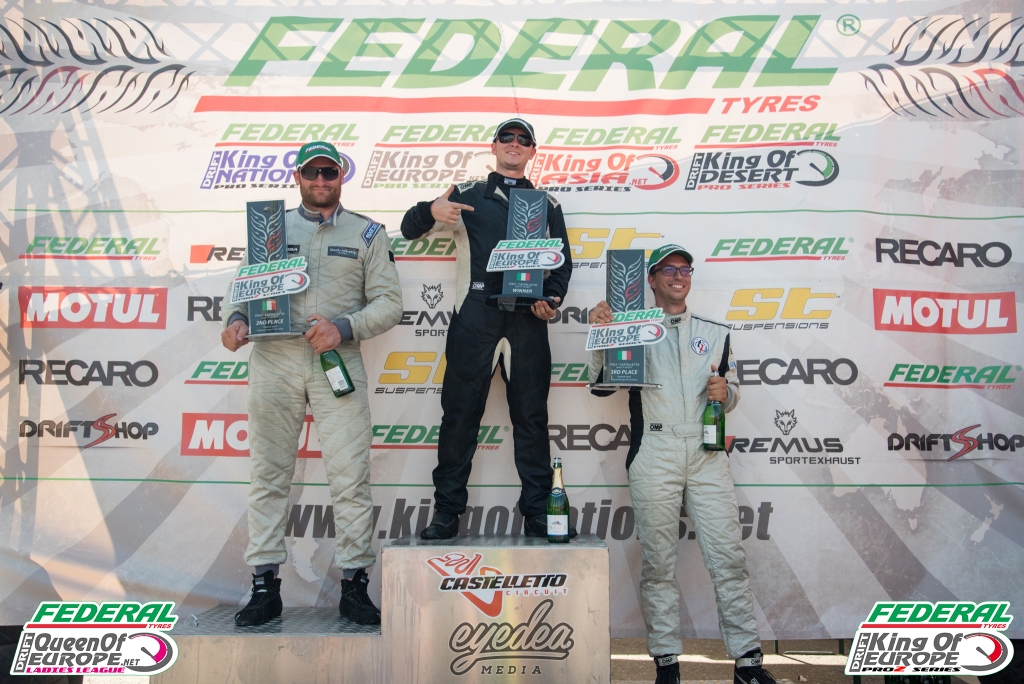 In the Pro2 series, it’s Daniel Brandner who returns to the top spot of the podium after car issues from Pavlin Penev rendered him unable to continue for the second battle. Christian Pugi landed the third spot after defeating Goran Sorak in the small final. 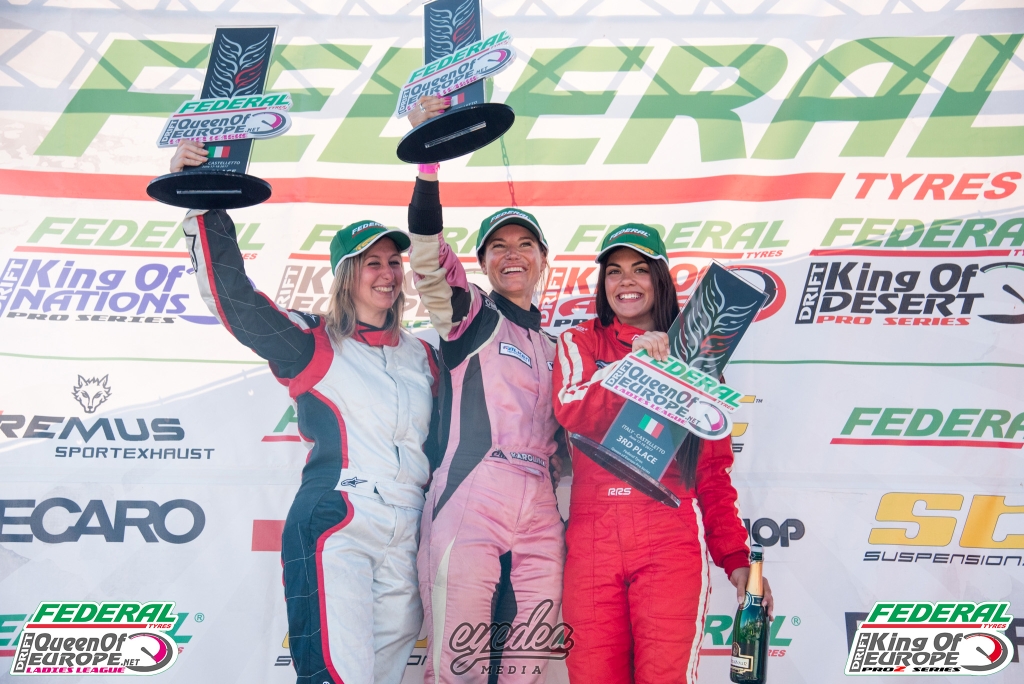 In the Queen of Europe series, Karolina Pilarczyk once again landed the top position after defeating Nives Arvetti in the small final while Kristalina Stefanova took third. 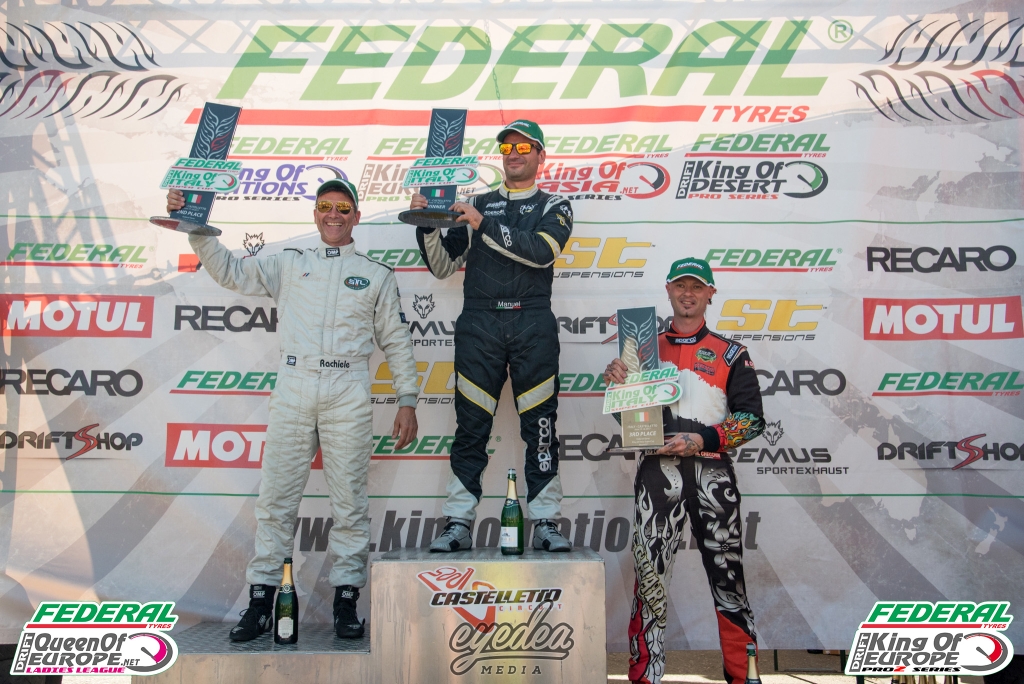 In the King of Italy series, Manuel Vacca took the top spot after a close final against Saverio Rachielle, Massimo Checchin also landed his second podium of the weekend after defeating Salvatore Pignanelli.