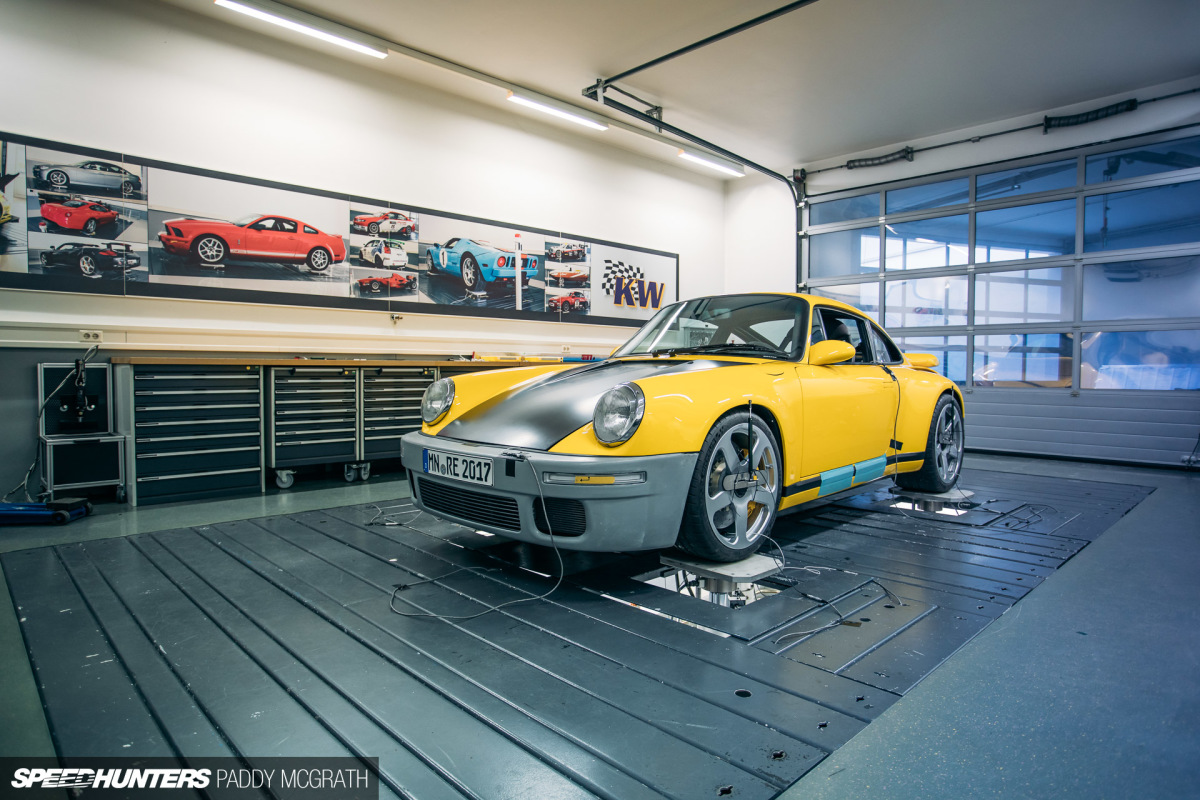 There were a lot of things I was expecting to see on that day in December just gone, but this wasn’t one of them. With the news of RUF having unveiled their latest car, the SCR, based upon their new carbon fibre monocoque, it immediately brought me back to a position I somehow found myself in at the end of last year. About an hour from Stuttgart airport, is the small German town of Fichtenberg. It isn’t a town name that you should be familiar with. A population of less than 3,000 people call Fichtenberg home, with just small local businesses dotted around the narrow streets beside the main road that passes by it. There’s not even a petrol station, you would have to travel to the next town over for that luxury. Fichtenberg is, however, home to something that you should be familiar with; KW Suspensions. 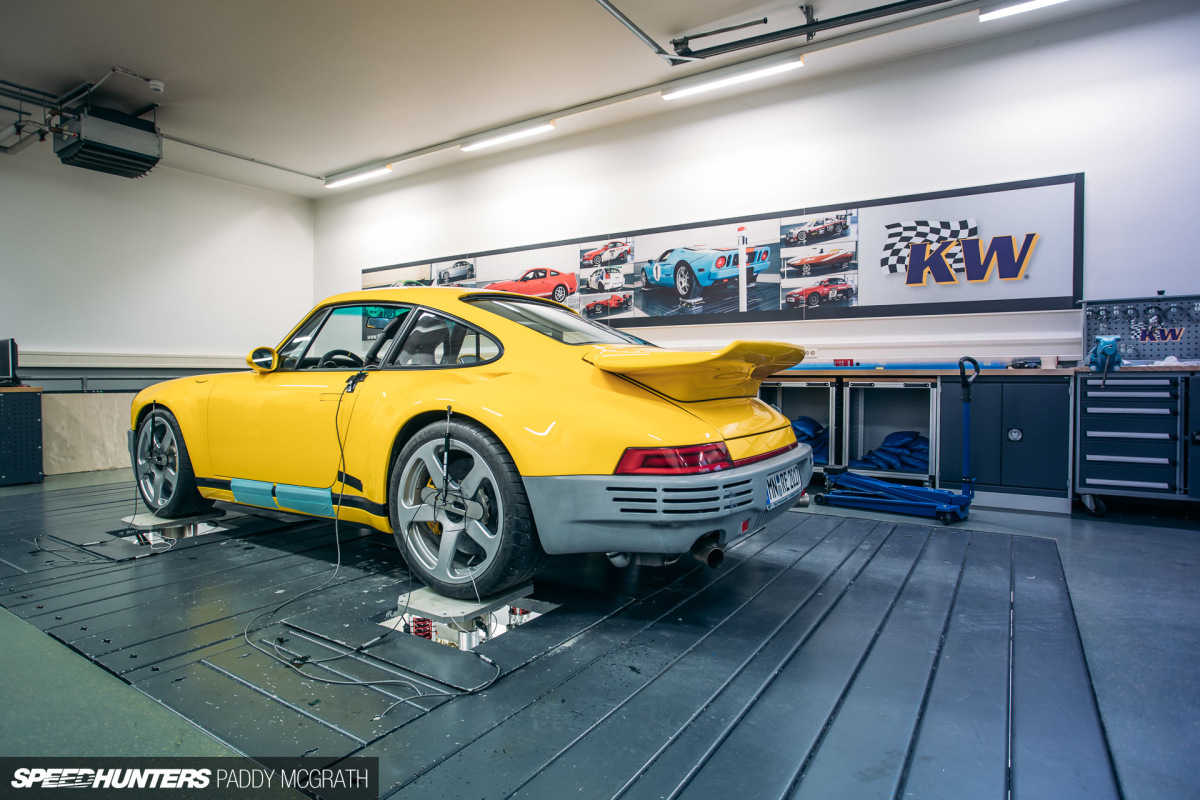 It was the week before Christmas, and I was visiting our friends at KW in order to capture assets for upcoming technical features. It was cold, it was wet and it was pretty much exactly how you would imagine how Germany looks in the middle of winter. On my journey around the factory with KW’s Christian Schmidt, we took a quick visit into KW’s famous seven post driving dynamics test rig. Access into this building is often strict, as both race teams and manufacturers will use the facility to test and develop their latest cars. This, was one of those days.

While you – might – be aware of KW, I’m pretty certain that you will absolutely be aware of another German company that goes by the name of RUF. Since the early 1980s, RUF have been building some of the wildest Porsche-based creations known to man. Amongst them, the 1987 RUF CTR, better known as the Yellow Bird. With 470hp, the CTR set a then production car world record of 342km/h (212mph) at the Nardo Ring, while Stefan Rozer set one of the most iconic laps of the Nürburgring Nordschleife ever caught on film.

Needless to say, the Yellow Bird left an impression on an entire generation of automotive enthusiasts. Regardless if you consider yourself a Porsche person or not, you have to respect the Yellow Bird. It’s the type of car that transcends the in-community bickering and pedantry. 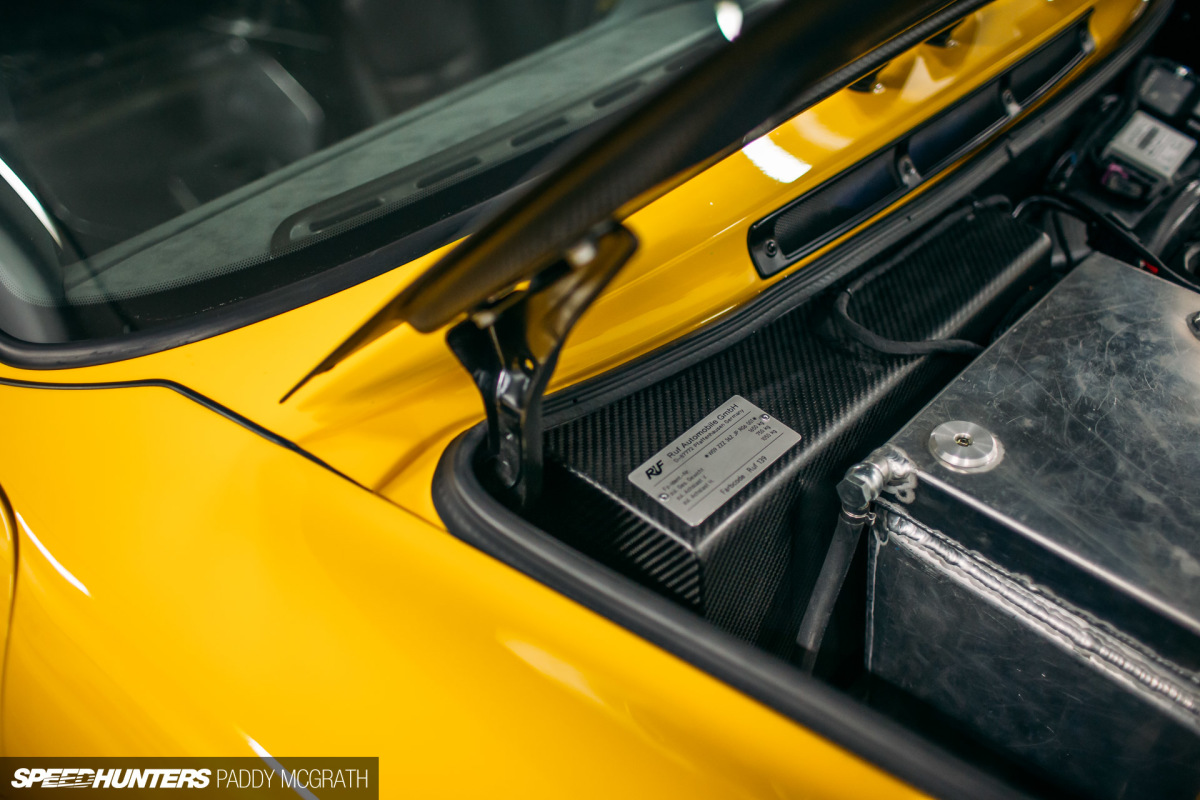 In 2017, 30 years after the original CTR made its appearance, RUF announced its spiritual successor at the Geneva International Motor Show. While it looked similar to its 1987 counterpart, the new CTR is very much a car built for the modern era. It was also a new beginning for RUF. 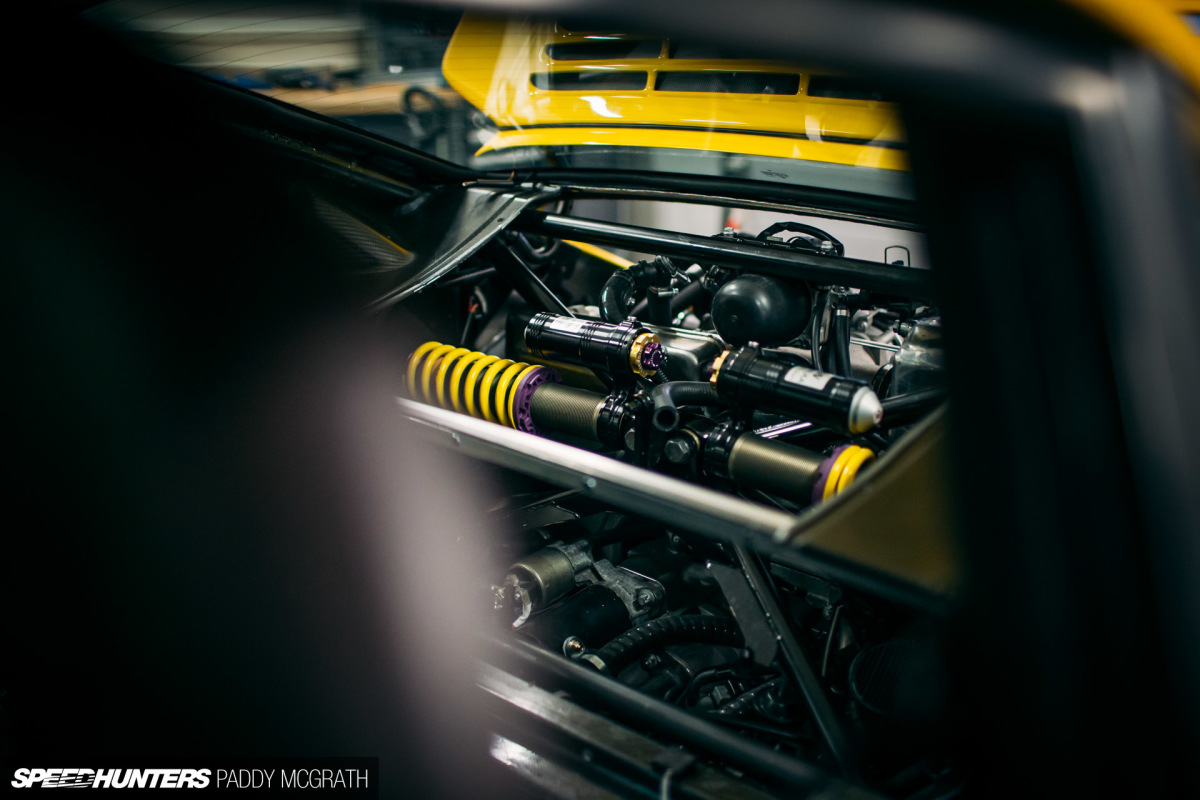 Where previously, RUF based their models on existing Porsche models, the new CTR is their first car from the ground up. While it might be unmistakably 911 in its form, what lies beneath is unlike anything even Porsche have done, in that it features the first ever rear-engined carbon fibre monocoque chassis. 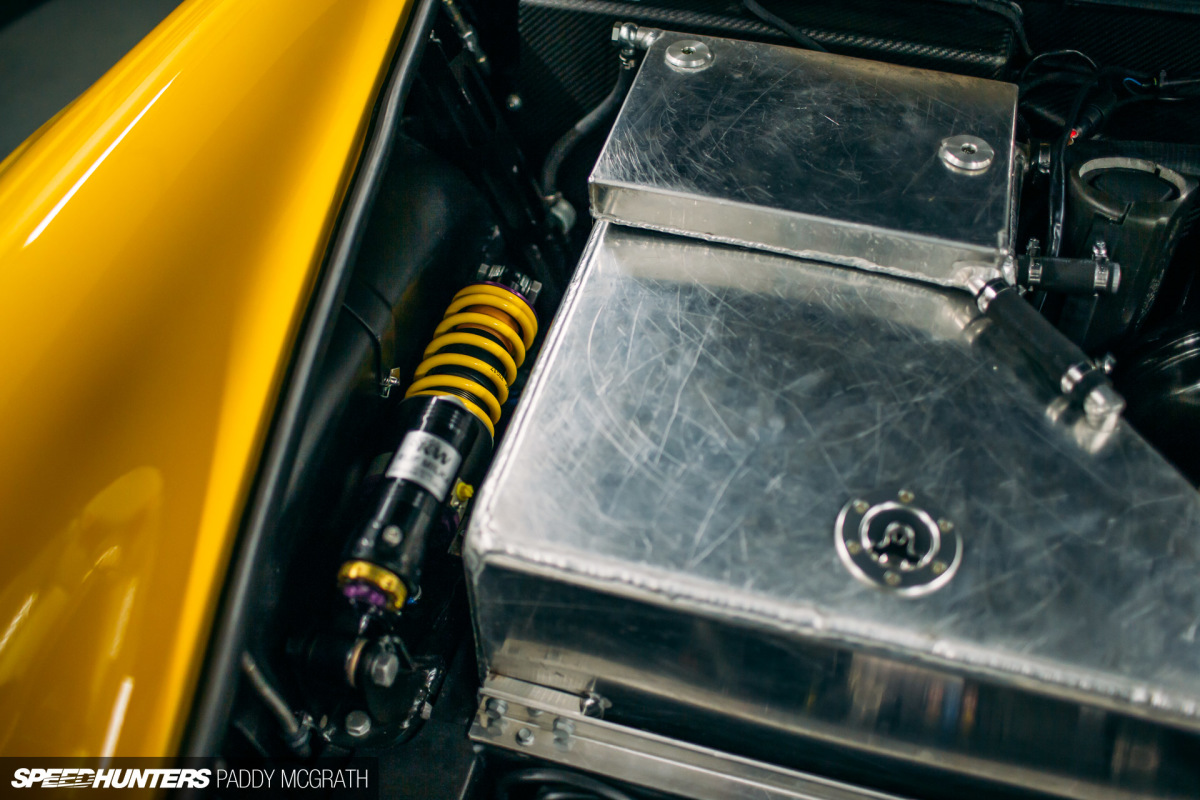 The suspension part of the equation is dealt with by means of a double wishbone pushrod setup, both front and rear. The configuration was engineered by RUF themselves, while KW assisted with their own product and expertise to achieve maximum performance. A custom 3-way adjustable KW Clubsport kit was deployed, with a Hydraulic Lift System on the front axle. Together with KW’s engineers, RUF carried out a frequency analysis of the chassis and whole suspension system on the seven post rig.

Sorry the YouTube Video above is only in German available 🙁 But we try to explain you what we can do with our rig…  The modern vertical dynamic test rig is located in our test center in Fichtenberg, Germany. The test rig can be used in 4-post and 7-post mode. The main purpose of 4 post mode is frequency analysis. In 4-post mode, the indirect excitation (point excitation) is passed into the wheel contact patch loads (directional wheel actuators). 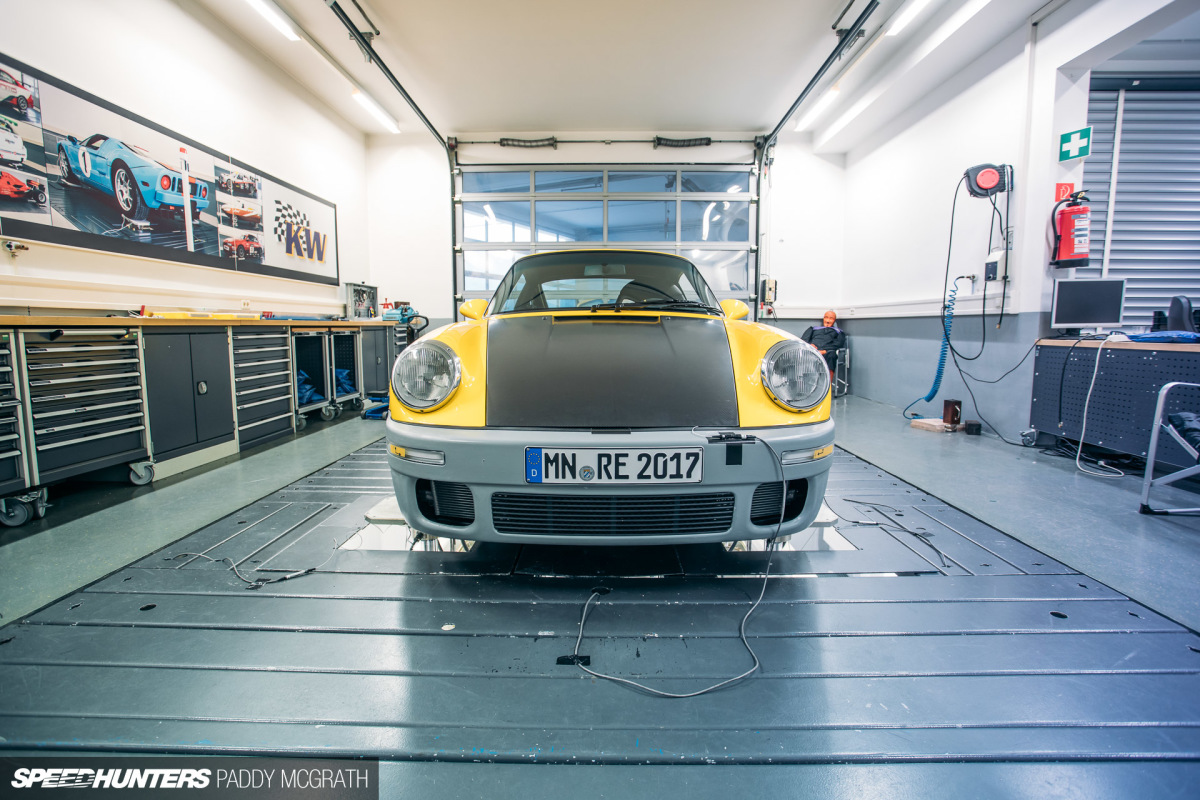 Using the KW analysis tools, the various influences of spring rates and damping forces are examined and optimized over a determined frequency sweep. The acquired basic settings provide basic setups for the following test and adjustment rides. The analysis report supports further subjective evaluation and helps to validate the statements of the drivers. In addition to synthetic frequency analysis, road profiles can also be reproduced. These enables further statements about subsequent evaluations in road driving tests. 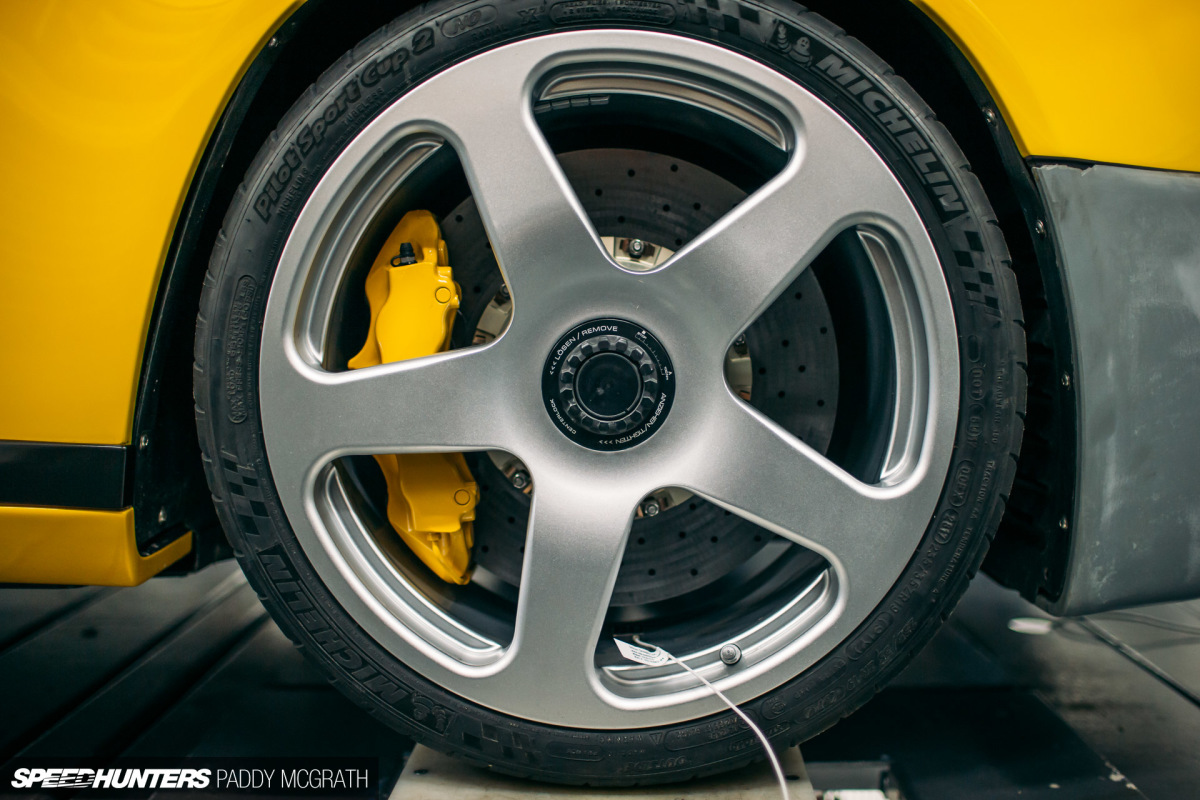 In addition to the basic setup of the suspension system, other systems with an influence on vertical dynamics can be examined. Important subsystems are the tires of a vehicle, and different tire pressures as well as different tire constructions with varying stiffness can be examined. Furthermore, settings for dry and wet road conditions can be created. Another field of application is the verification of complex electronic suspension controllers. On the test rig, all subsystems (sensors, control algorithms, parameters and damper adjustments) can be examined and optimized with special synthetic signals. Even drive train bearings (engine/gearbox) with electronically adjustable systems can be examined and evaluated in different settings within a short time. The test rig ensures a high level of reproducibility and offers the opportunity to validate previous multi-body simulations. 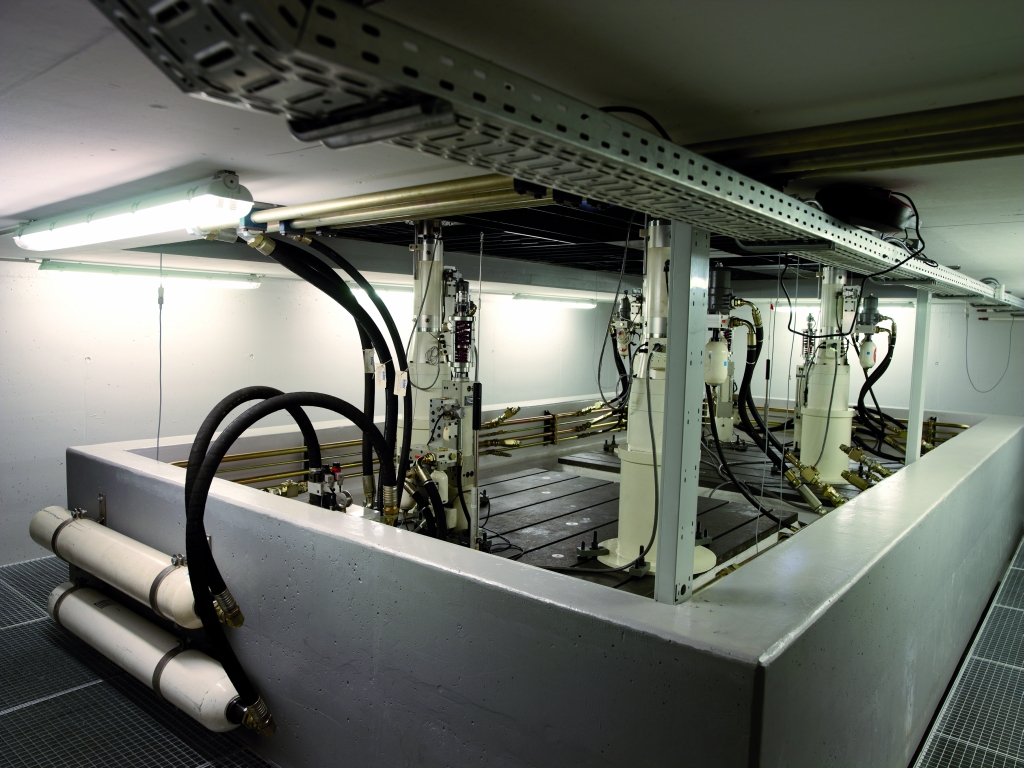 In 7-post mode, an immediate excitation (mass force excitation) is executed. This is initiated by three additional posts directly connected to the vehicle body (force-controlled aero actuators). In this operation, complex track simulations are possible. This mode requires a corresponding vehicle concept (for example single seaters or sports cars). While this test car was practically naked, I do hope that the final product allows a detailed look at the rear suspension setup and that it’s not hidden from view. 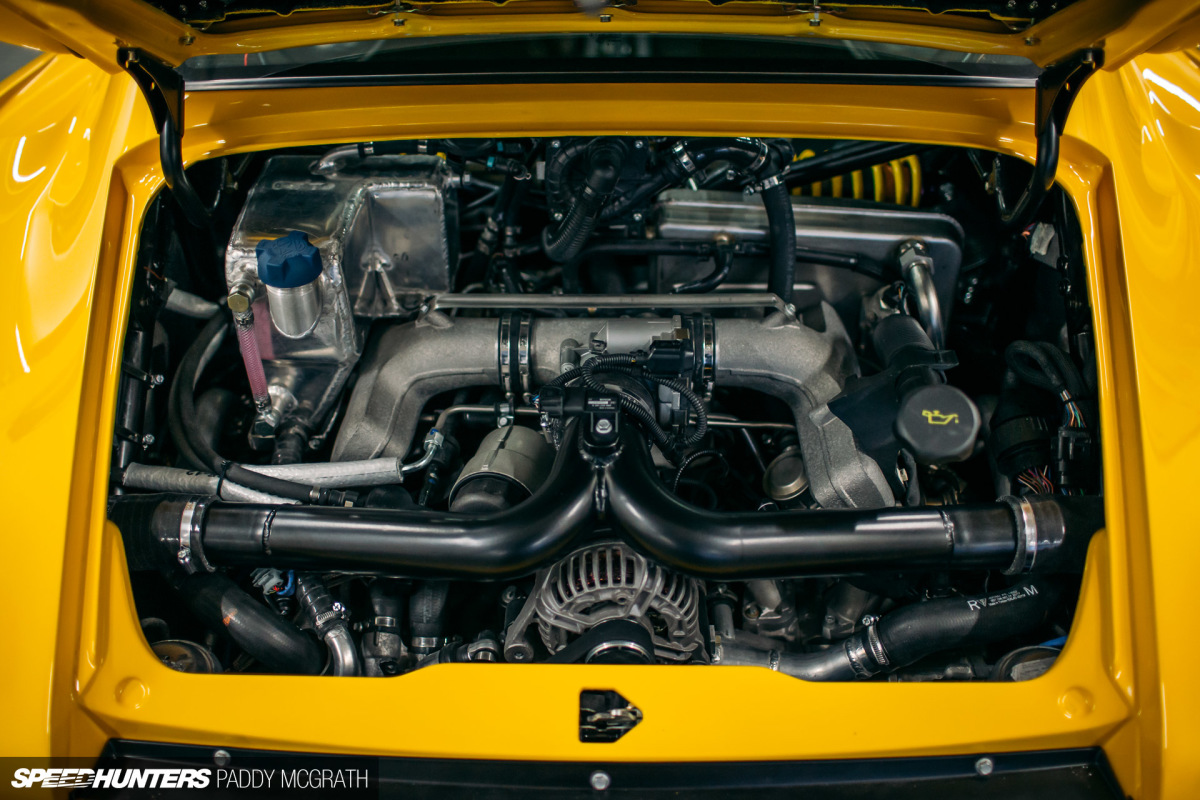 Of course, a flat-six is deployed at the rear. The 3.6-litre motor is paired with two turbochargers, with the new CTR making peak figures of 710hp, but with a staggering 649ft/lbs at just 2,750rpm. Their target top speed is 360km/h (225mph), all of which will be achieved with rear wheel drive, a limited slip differential and a manual six-speed with three pedals.

To walk around a car like this, especially in this state, is one of those surreal moments that seem to happen again and again during our hunt for speed. 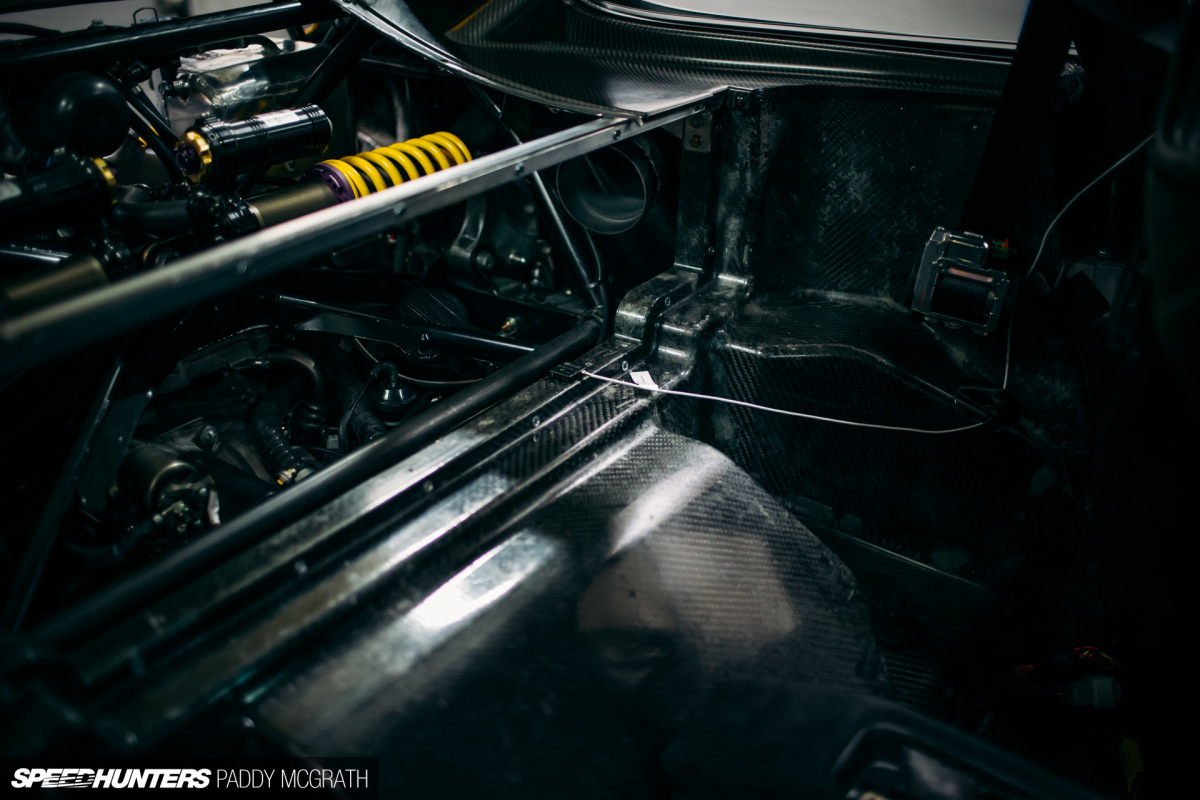 With unpainted panels and missing trim, I was expecting to be ejected from the room at any time. Instead, RUF’s Car Assembly Manager, Hans Kerler, was happy to show me around the car and allow me to see even more things that I felt at the time I probably shouldn’t have.

It feels particularly relevant to re-visit these photos today, just as RUF have revealed the SCR, based on the same carbon monocoque. Instead of turbochargers, the SCR is equipped with a naturally aspirated 4.0-litre making 510hp at 8,250rpm. Numbers, which on screen are almost impossible to properly appreciate, especially in today’s mega-horsepower world. They’re still fast numbers, however. 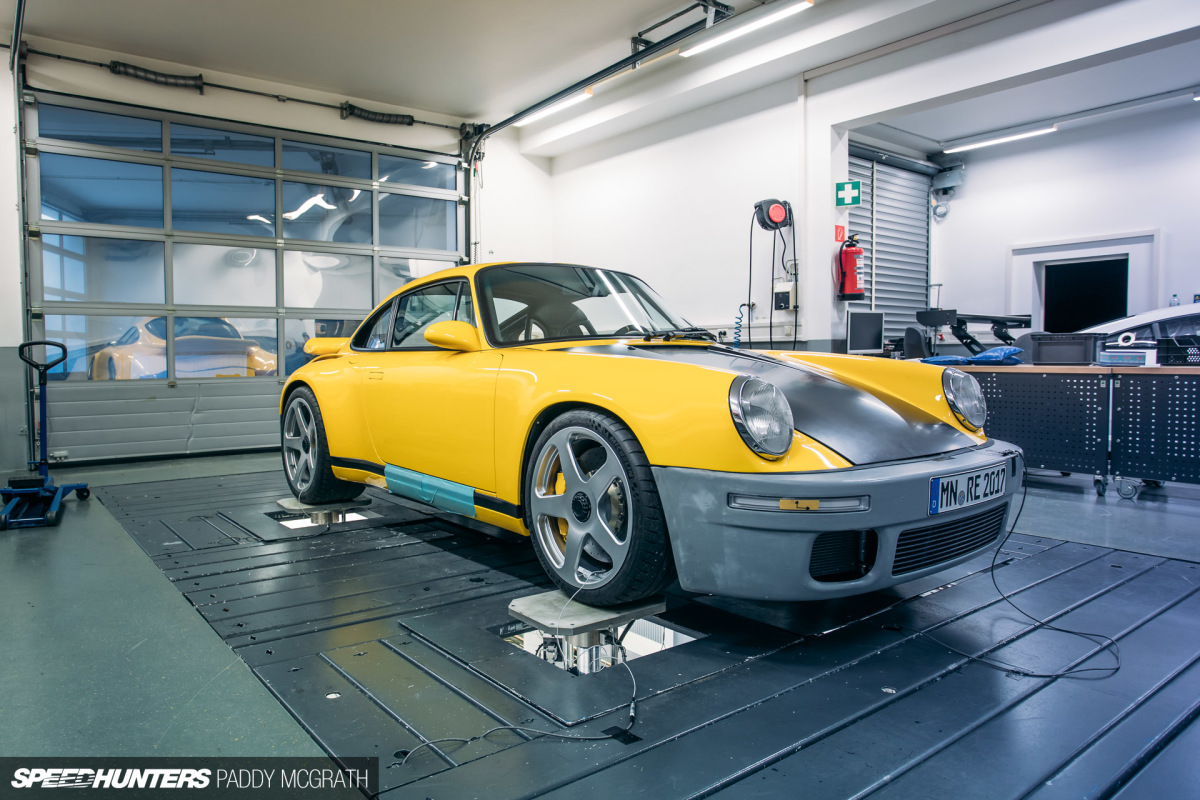 The fact that RUF were so comfortable with letting this bumbling idiot pour over their car only goes to show not only the confidence that they have in the car, but also the fact that nobody else offers anything even close to what the new CTR is. Which I suppose means that they’ve nothing to fear, for now.