Drift: King of Nations Round 1 – Haitham Alhadidi lands his first Victory in 2018 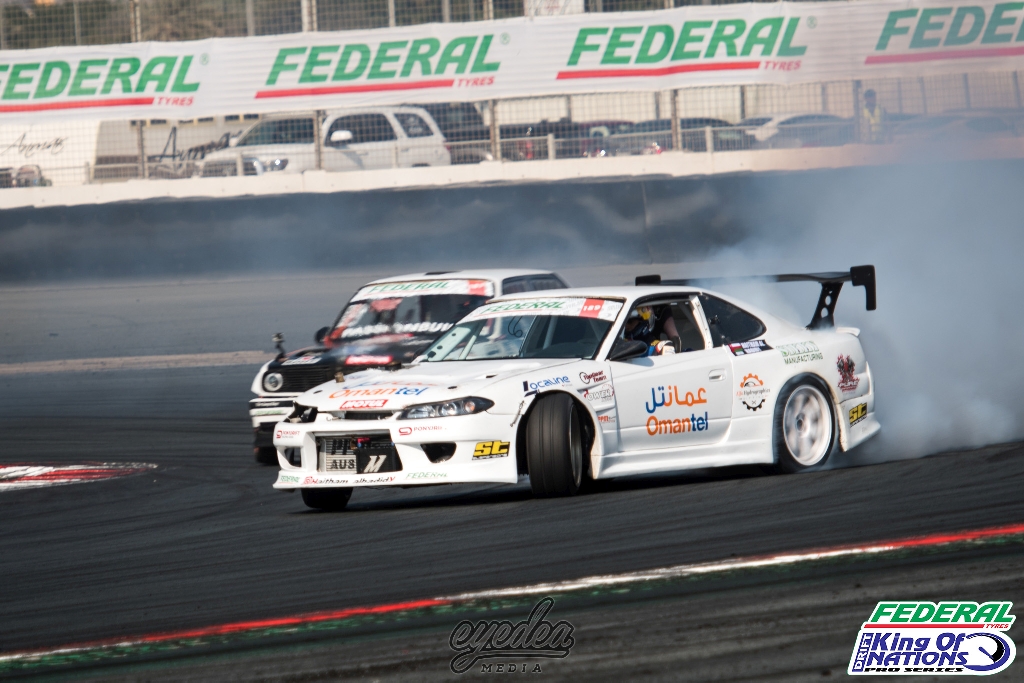 Round 1 of the 2018 Federal Tyres King of Nations and King of Desert series powered by ST suspensions kicked off in Dubai Autodrome last weekend. Competitors attended from across the world to begin the fight against the best drivers in the Middle East as the series headed to the prestigious circuit for the first time. 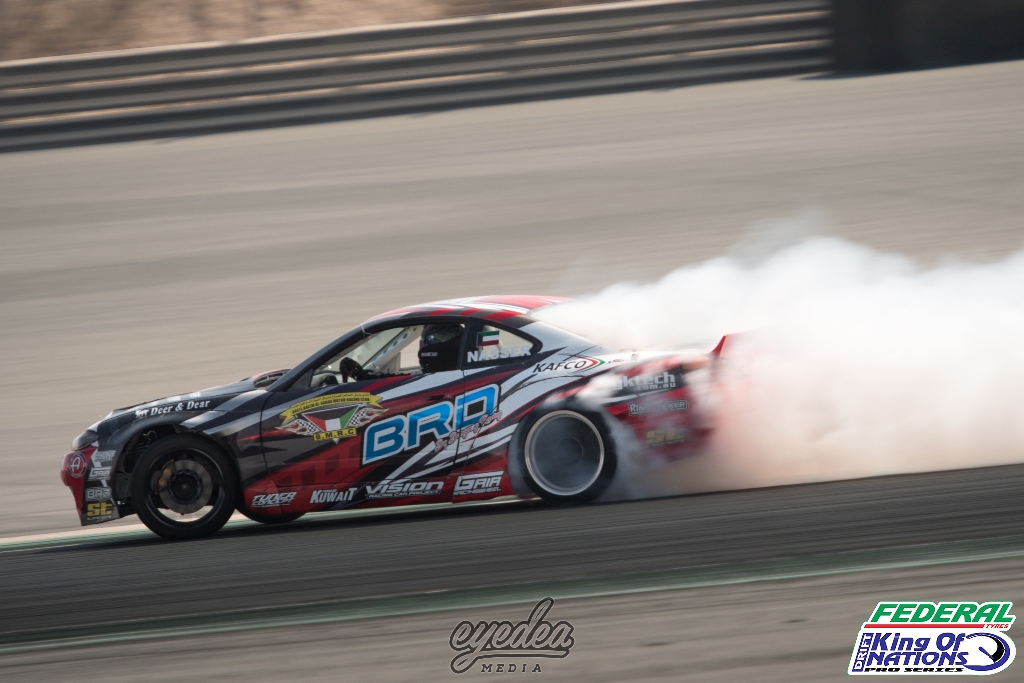 With a full day of practice, it gave drivers a chance to test the brand new high-speed layout as smoke clouds began pouring through the circuit. With the high temperatures, it was also an opportunity for drivers to test their cars to the limit ahead of game day. 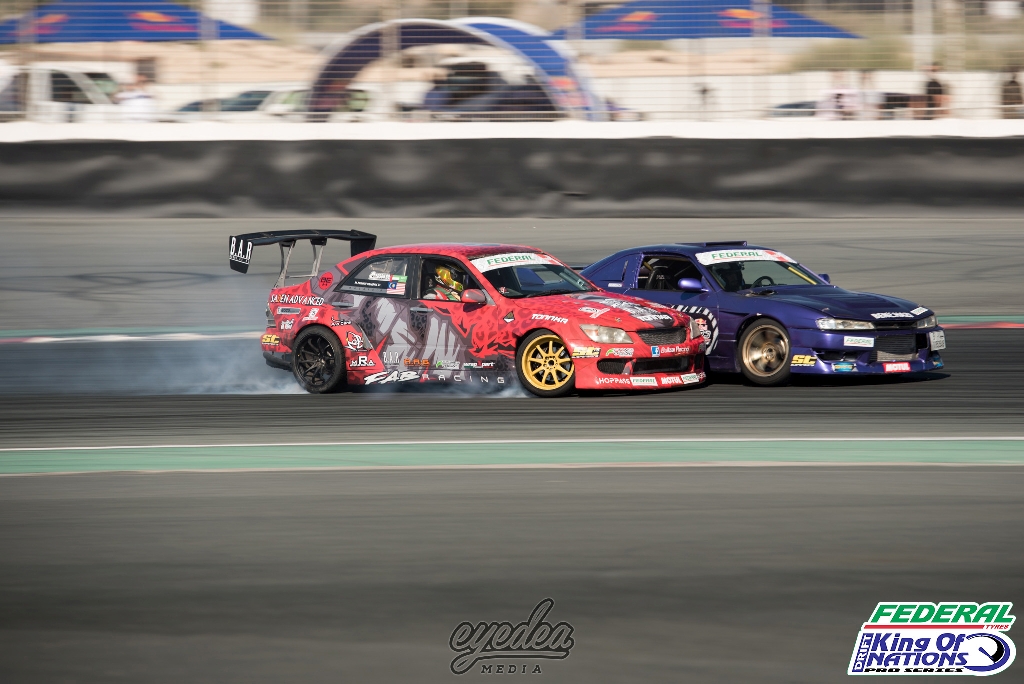 As the day continued, they quickly began adapting to the layout, throwing down some insane chase runs, eager to prove they have what it takes to fight for the top spots on the podium. 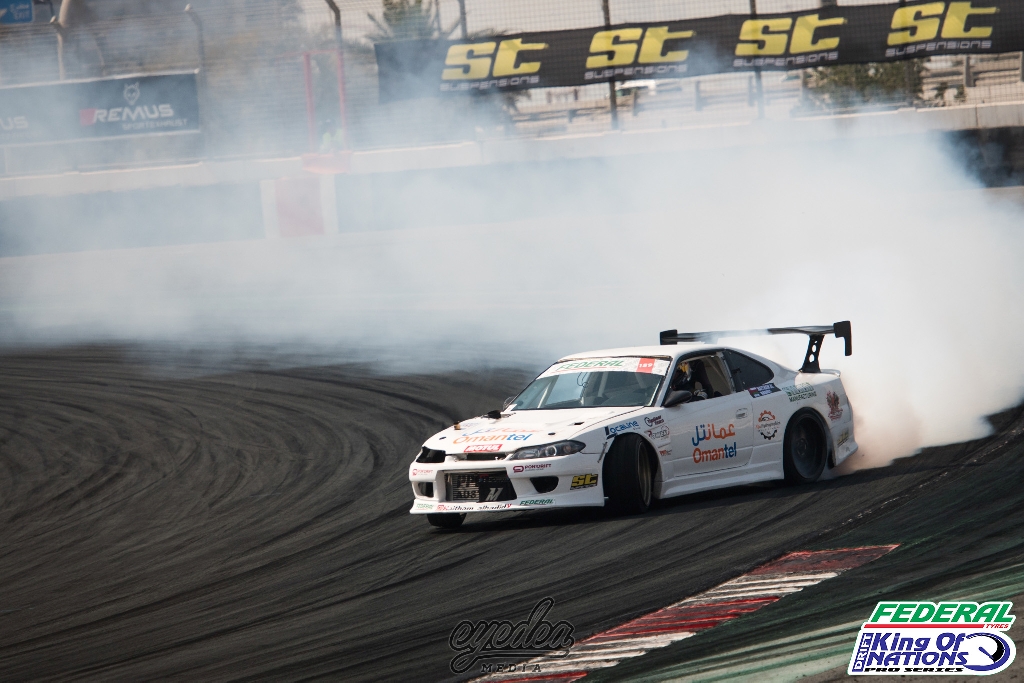 After showing huge amounts of potential in the 2017 season, Omani driver Haitham Alhadidi finally got his chance to prove that he’s now undoubtedly a driver to watch as he landed the top spot in qualification with 89 points. 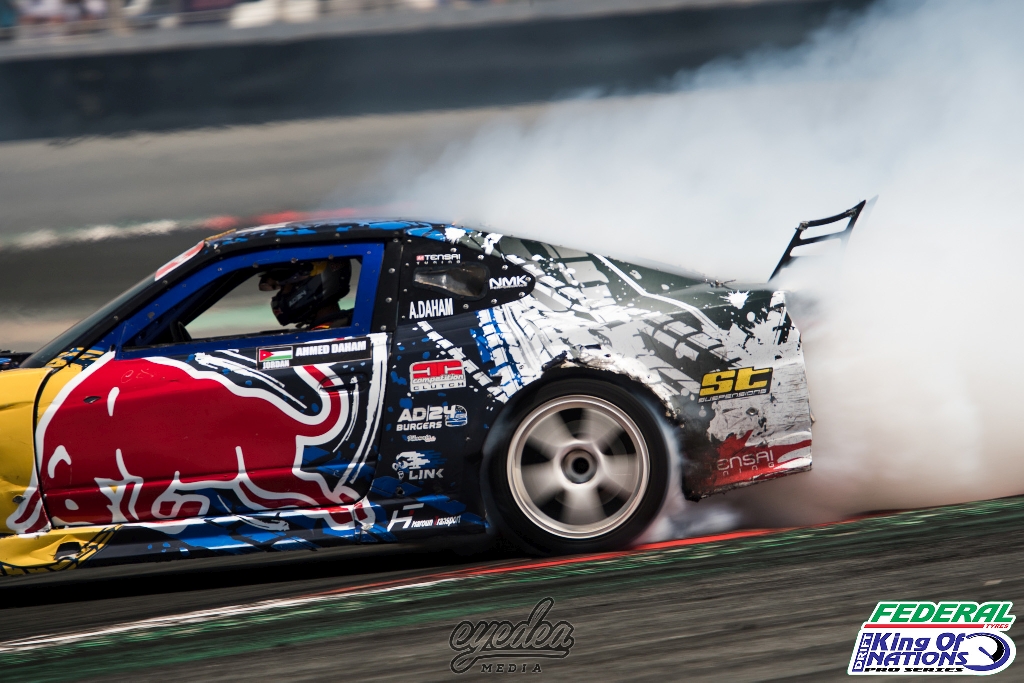 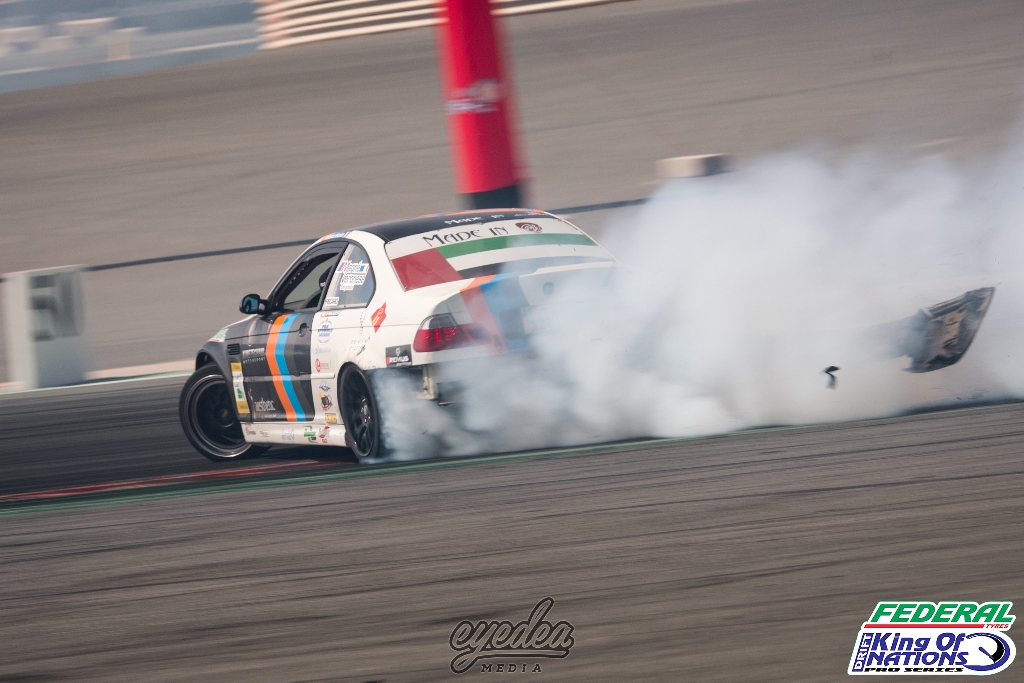 Nicholas Solomon’s great form continued as he landed third place and French driver Nicolas Delorme took 4th after stepping into the pilot seat of the the infamous Kinetechnik V10 BMW E46 M3 for the first time. 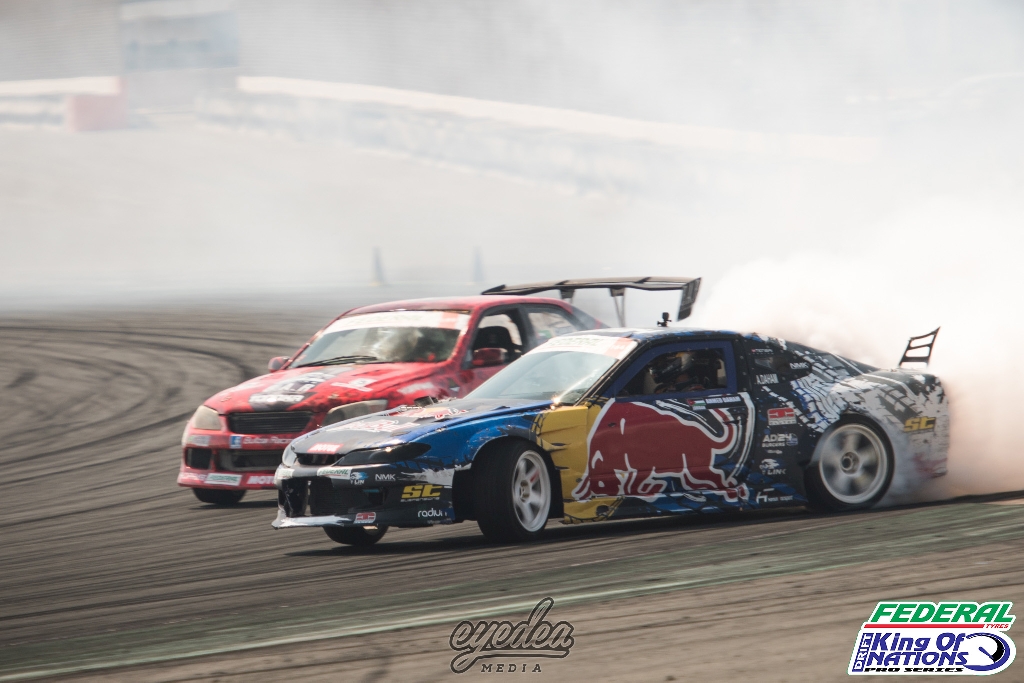 After a break for drivers to prepare their cars for battles, it would immediately kick off with a thrilling start as former King of Nations judge Zai ‘Bullzai’ Hamdan in the 2JZ FAB Racing Altezza went up against reigning Champion Ahmad Daham.

With both drivers having suffered from car issues throughout the event, this would ultimately end the weekend for Bullzai despite an incredible first battle between the drivers. 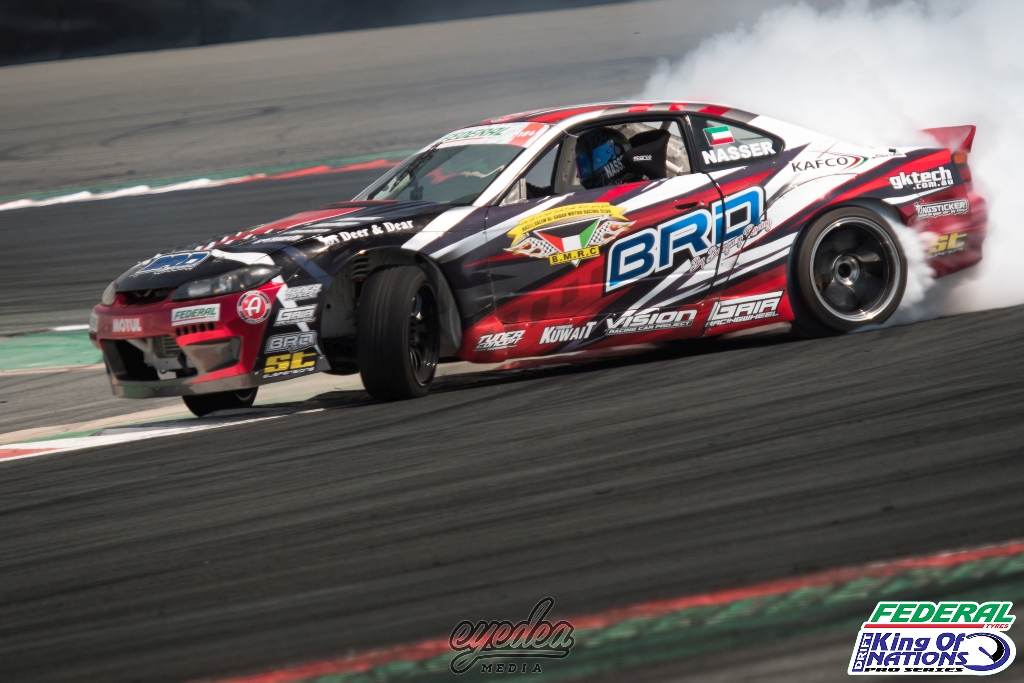 It was a challenging weekend for Nasser Almutairi after various issues with his stunning brand new S15 build, however it didn’t stop him pushing his way to the Top 8. He would eventually go out to top qualifier Haitham Alhadidi as a clutch failure gave him no choice but to end his race early. 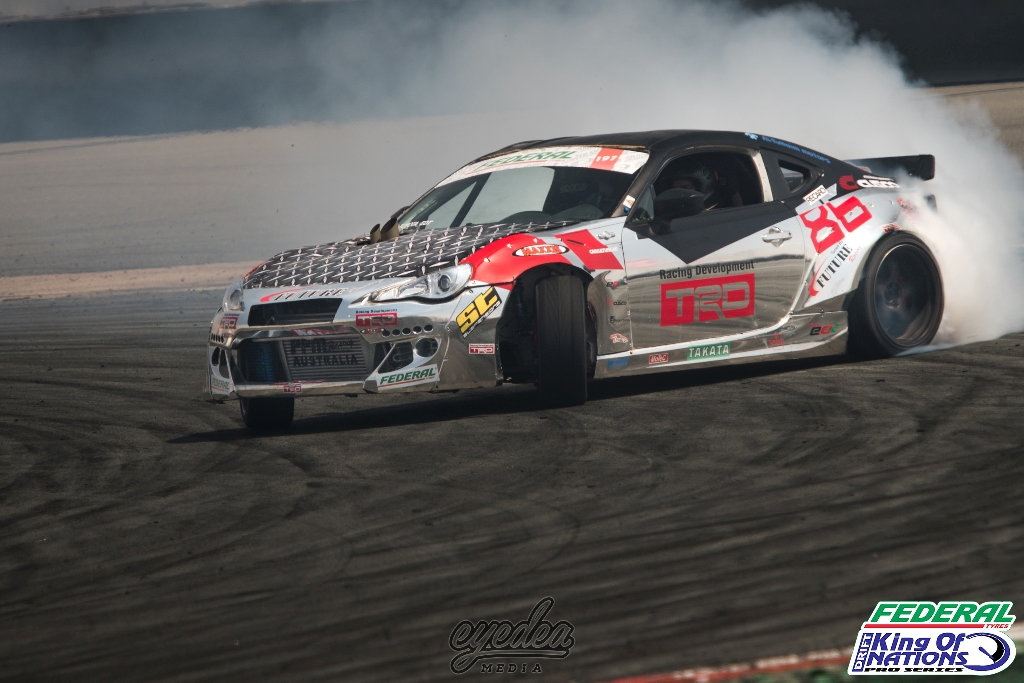 Car troubles also plagued Ahmed Alameri’s comeback to the series as he was forced to retire in his Top 16 battle, allowing Hazaa Al Hosani to progress. 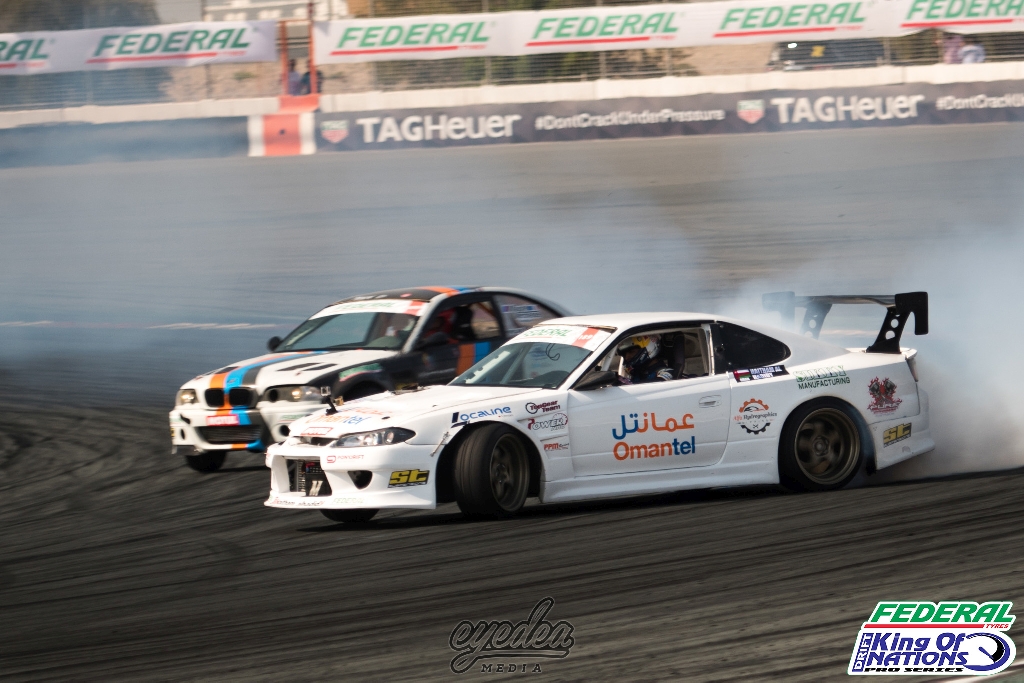 The Top 4 battles would see Haitham Alhadidi go up against Nicolas Delorme. After a close first run, it would be top qualifier Alhadidi who secured the spot in the final. 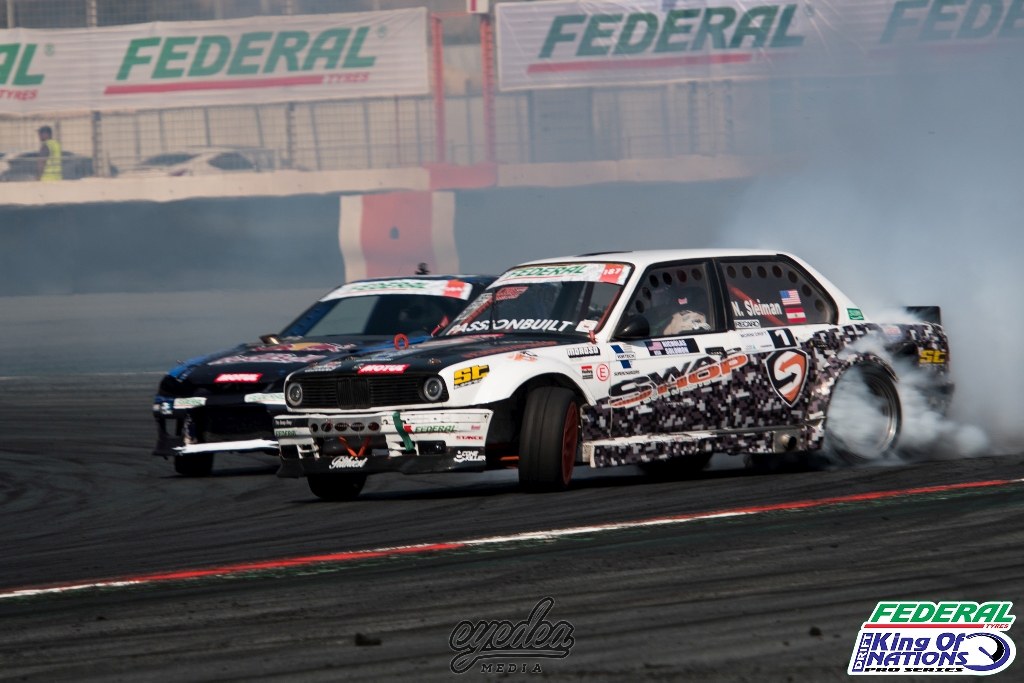 Nick Solomon’s fine form continued throughout the weekend, and after two runs the scores were tied, forcing a one-more-time battle. Unfortunately for reigning Champion Daham, car issues meant that he was unable to return and Solomon advanced to the final. 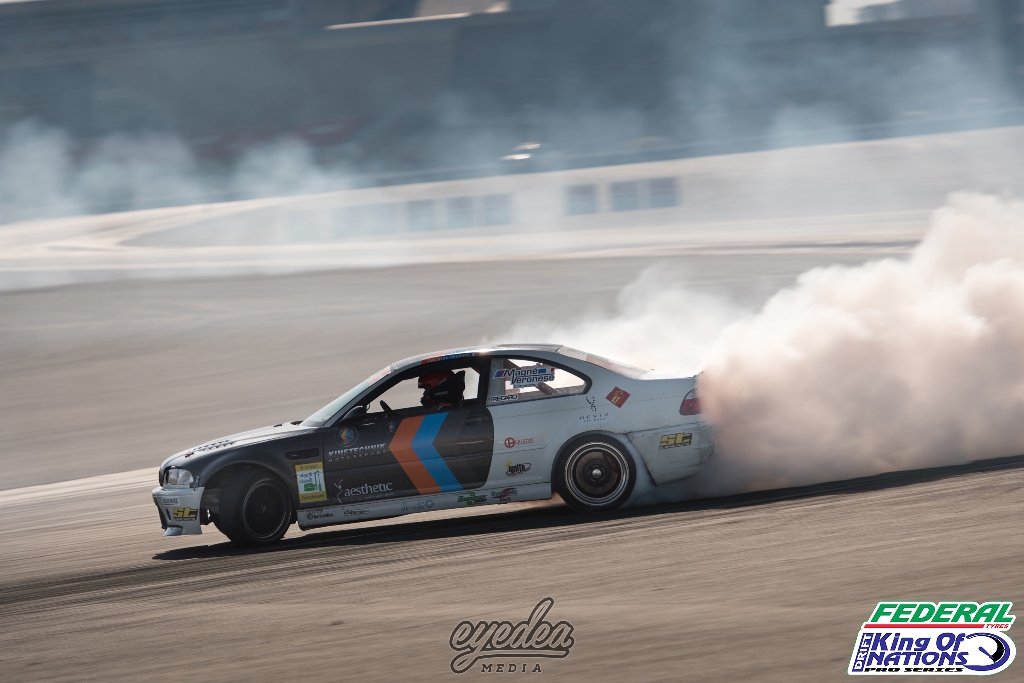 With Daham accepting defeat, it would secure Frenchman Nicolas Delorme a vital podium spot at the first round of his 2018 King of Nations campaign. 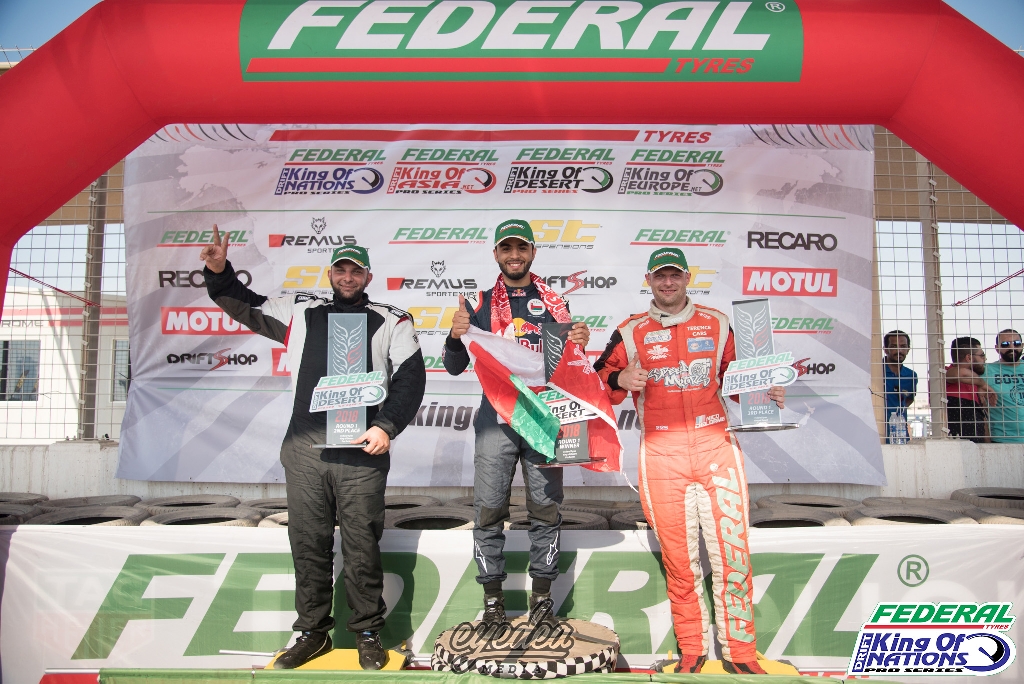 Haitham Alhadidi’s incredible form continued throughout the weekend and in the final battle he left Nick Solomon no chance to stop his perfect streak as he landed both the top qualification spot and the top spot on the overall podium!