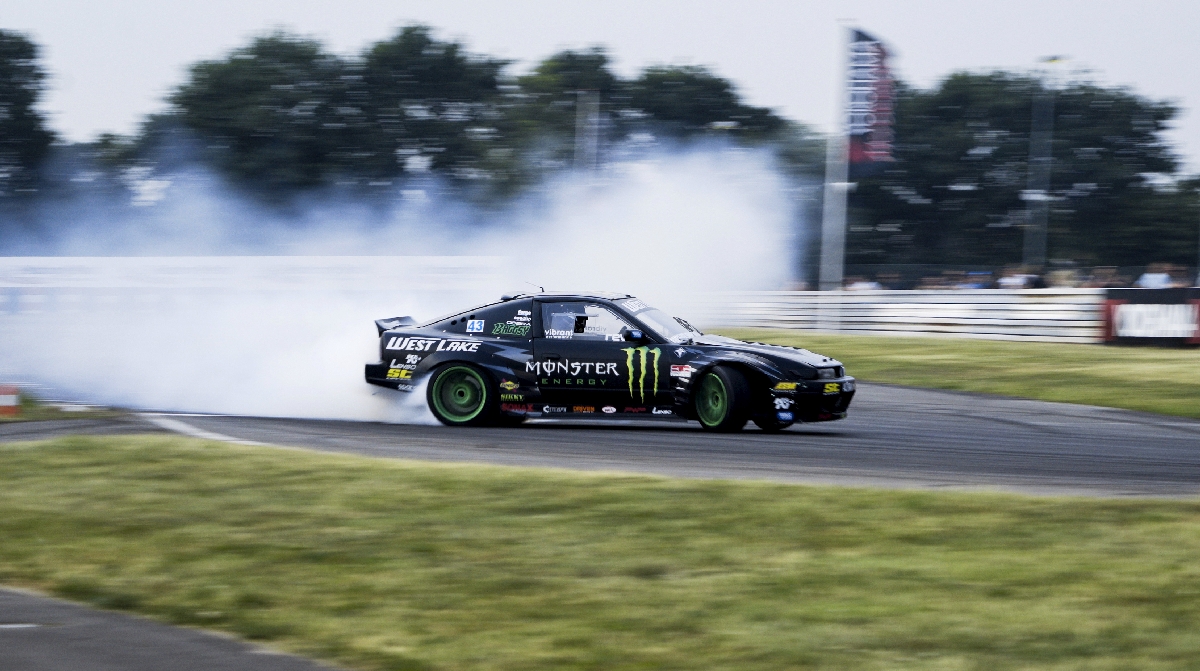 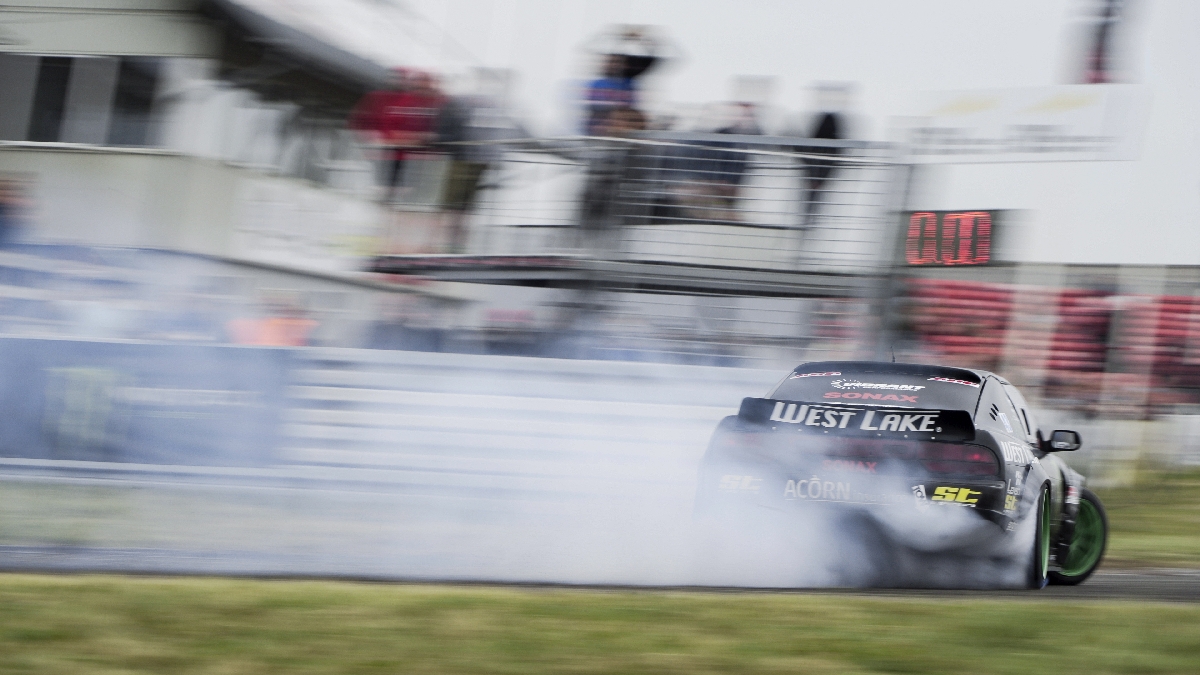 It’s the biggest car event on the Danish calendar, with over 15,000 people in attendance. It truly is a petrolheads dream and it never disappoints! 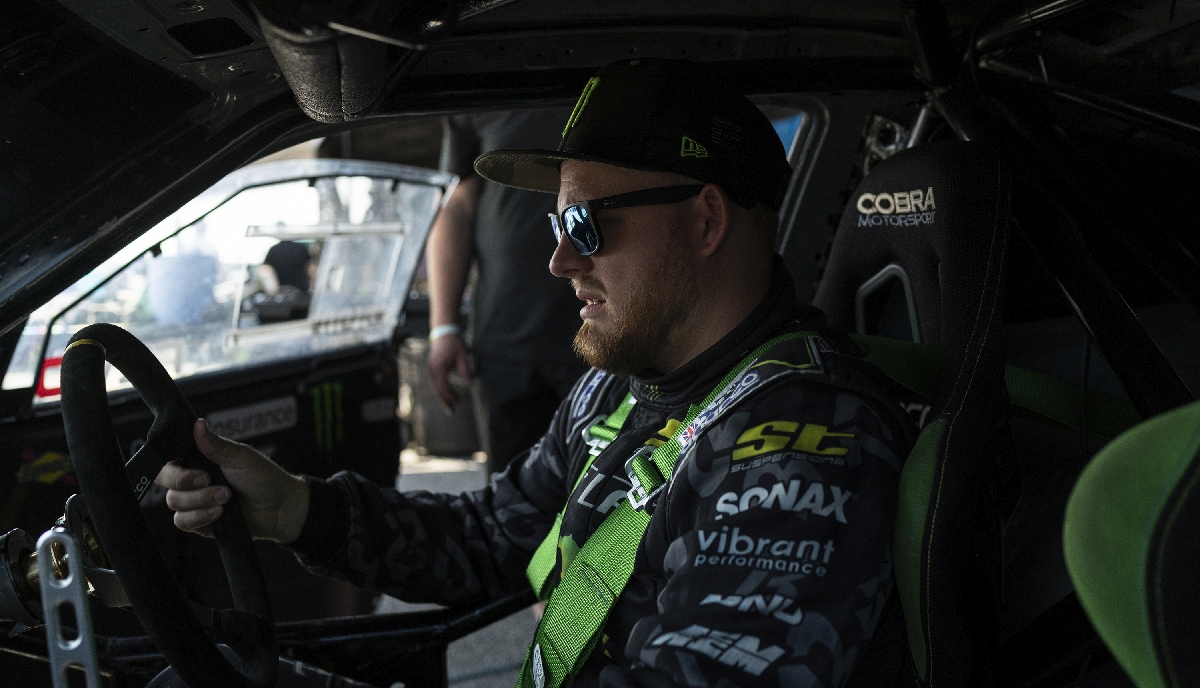 Joined by fellow Monster Energy athlete Luke Woodham, Baggsy returned in 2018 to finish what he started the previous year. After car trouble, Baggsy found himself taking the 3rd step on the podium. But 2018 would be different! Armed with his #S13V8, Baggsy planned to take the top spot and nothing less. 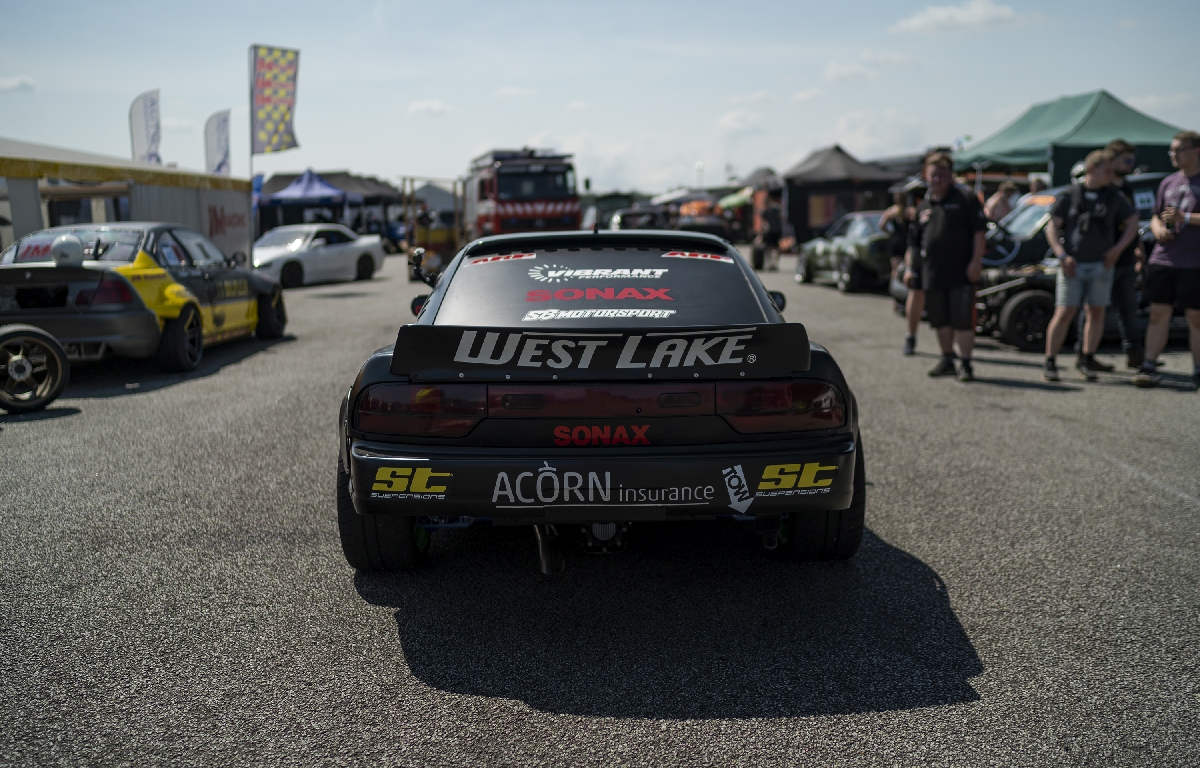 After two crazy qualifying runs, Baggsy walked away with the first place qualifying spot and one step closer to his plan. This gave him a buy run in the top 16 of the competition and advanced straight into the great eight. 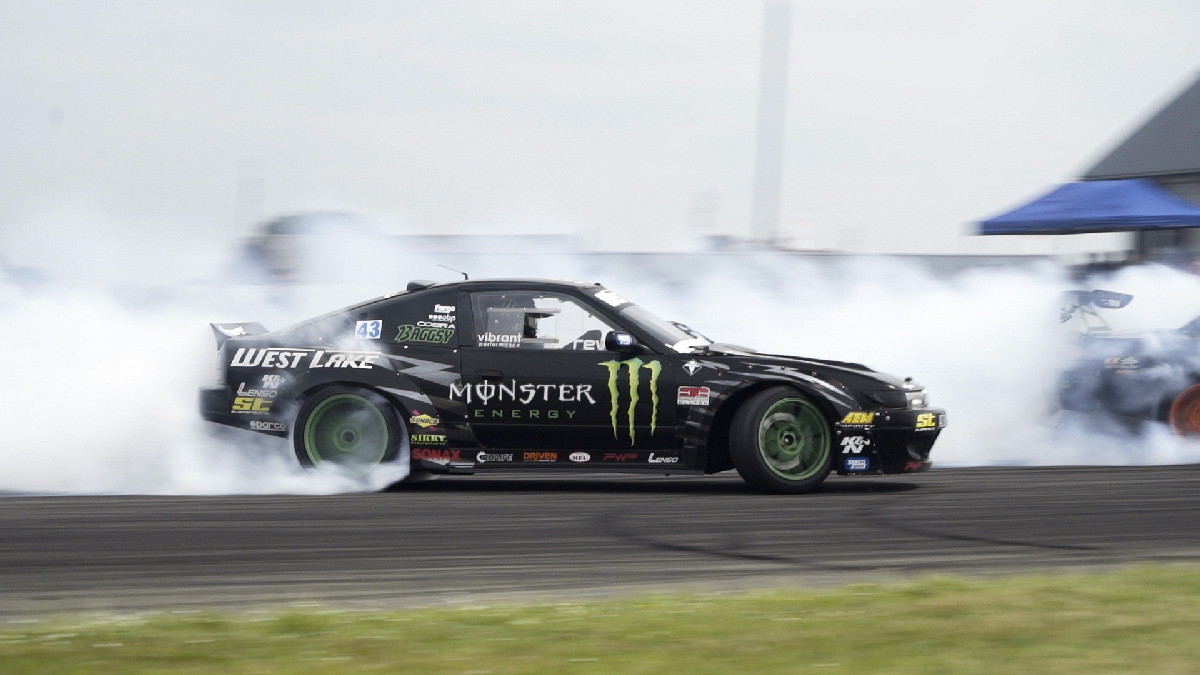 Both of Baggsy’s great eight and top four battles saw him coming up against some of the best drivers in the competition. Baggsy didn’t let this stand in his way. With some of the craziest battles of the weekend under his belt, it was time for Baggsy to enter the final battle. 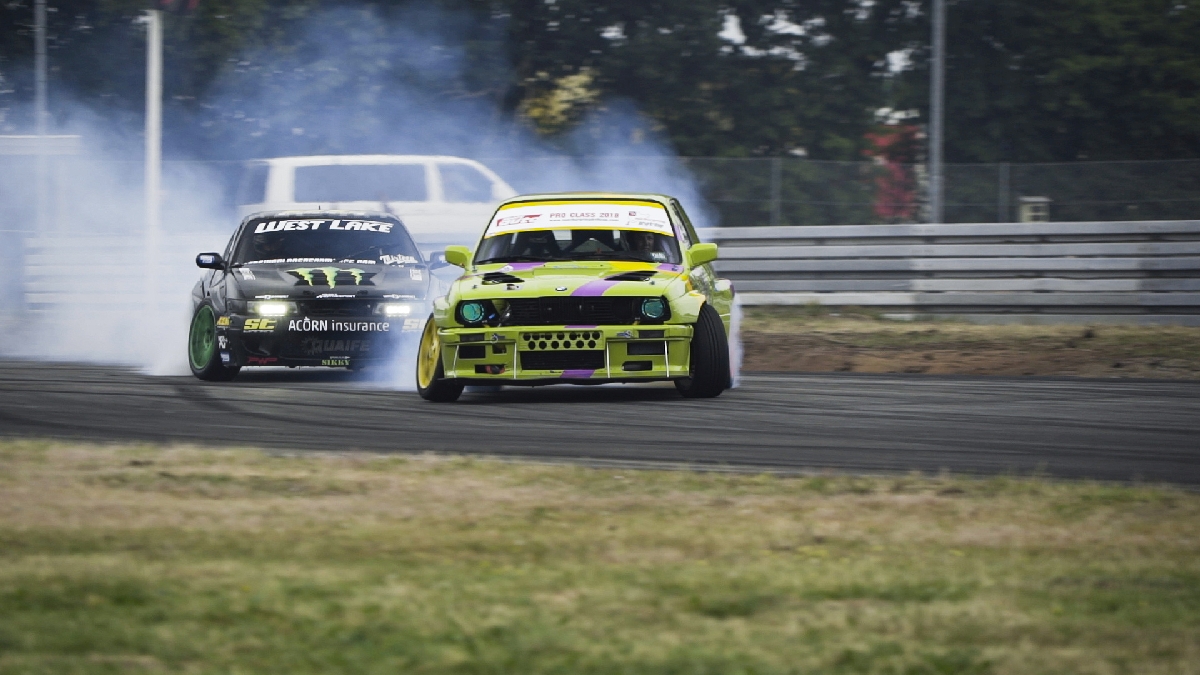 Baggsy would find himself against local driver Mads Andreasen in his 585hp BMW E30. After two flawless runs, the judges would award Baggsy with the top spot of the podium and complete his plan of finishing what he had started. As always DHB Show was full of action, crazy builds and good times! 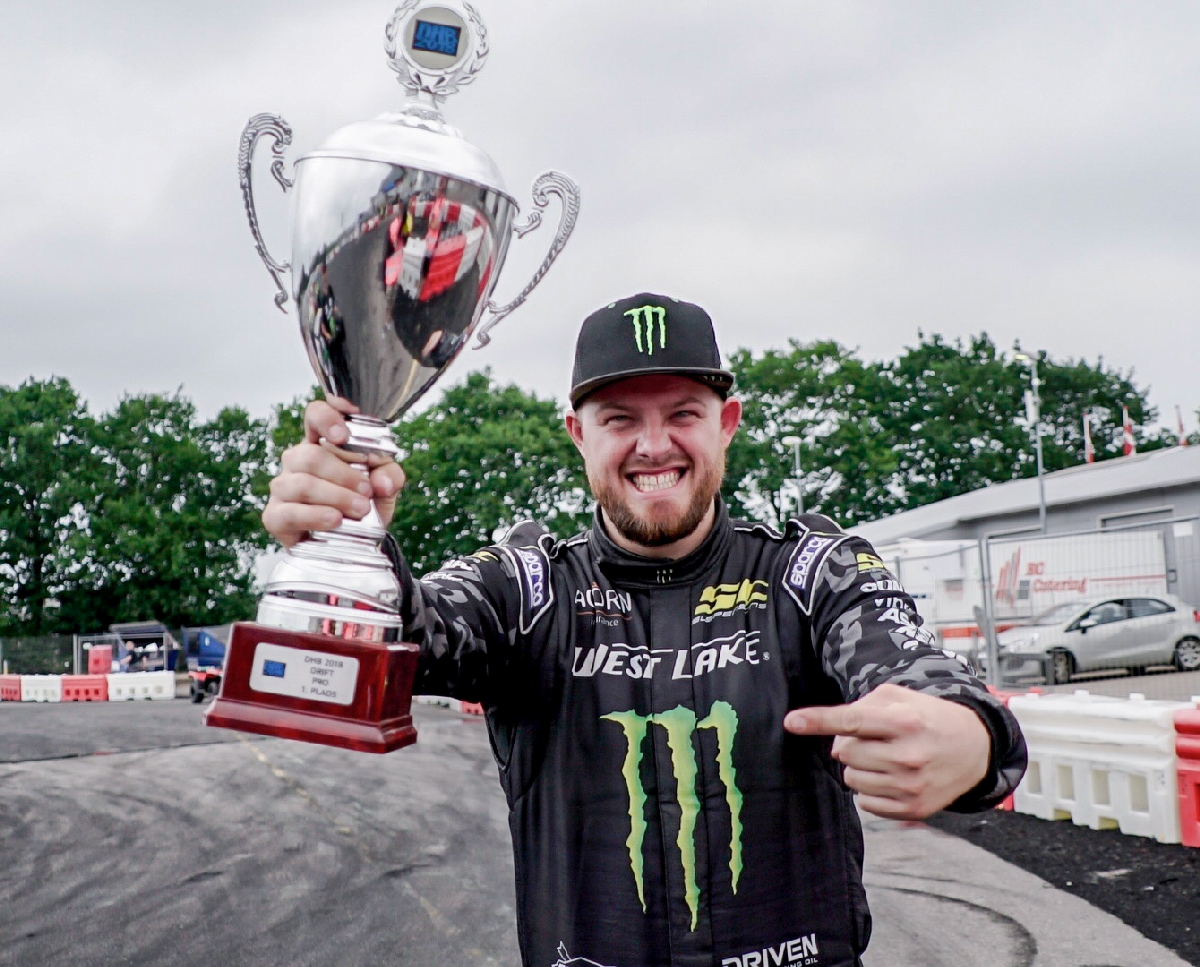 “It was great to be back at DHB Show in Denmark. It has such a great atmosphere, and loads going on throughout the weekend. And the fans there are amazing. Was great to be joined by Luke Woodham, and we had a lot of fun on and off track! Last year we had some car problems which ended the drift competition a bit early for us. But this year the car drove perfectly all weekend. Stoked to be coming home with the win. There are some amazing drivers at DHB, they are all really friendly and supportive of each other. It’s great to see this at an event, and it’s always a pleasure to visit DHB. Big thanks to my team and all the guys and girls that helped over the weekend. Can’t wait for DHB 2019 already”, said Baggsy.