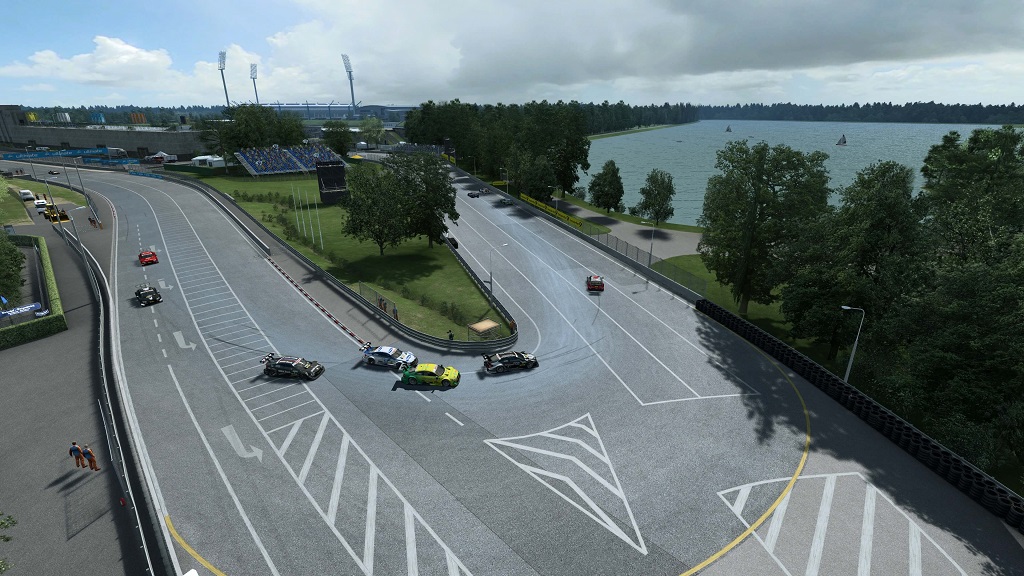 Also in the third week of the DTM Spring Cup 2015, the lap times erode. The field of participants is incredibly close together at the race on the Norisring. The DTM racers and fans mastered the 2,3 km city circuit with its slow hairpin curves and fast straights, with times below a minute. Unbelievable!

The first place and tenth place on the virtual Norisring are only separated by a few hundredths! The Dutchman Jeffrey Rietveld obviously drove countless hours with DTM Experience, mostly on the street circuit in Nuernberg. Without any mistakes, he finished the race with a time of 0:46.658s on the leaderboard. Right behind him was René Engelhardt with another top time of 0:46.811s. With a lap time of 0:46.854s, Daniel Fredriksson reached the third place on the podium.

By the way, the Canadian DTM driver Bruno Spengler had the idea for the DTM Spring Cup:

With a lap time of 0:46.959s, Bruno Spengler reached the ninth overall rank. At the DTM Spring Cup, the times are so close together, that Daniel Juncadella even with a time of 0:47.087s has not made it into the top ten and landed on the 15th place. Marco Wittmann reached with his best lap time of 0:47.260s only position 25 and Timo Glock reached the finish line as 30th with 0:47.365s. An amazing thing of the DTM Spring Cup is, that participants with a lap time of only 0:48.153s are positioned on the 120th place. DTM professional Martin Tomczyk knows. The niveau at the DTM Spring Cup is high. Between the first and the 300th position are actually only 3.634 seconds.

The last race and therefore the last chance to fight for a place in the multiplayer finals, is at the Circuit Park Zandvoort and it is still running until 29.03.2015.

Here you directly get to the competition: