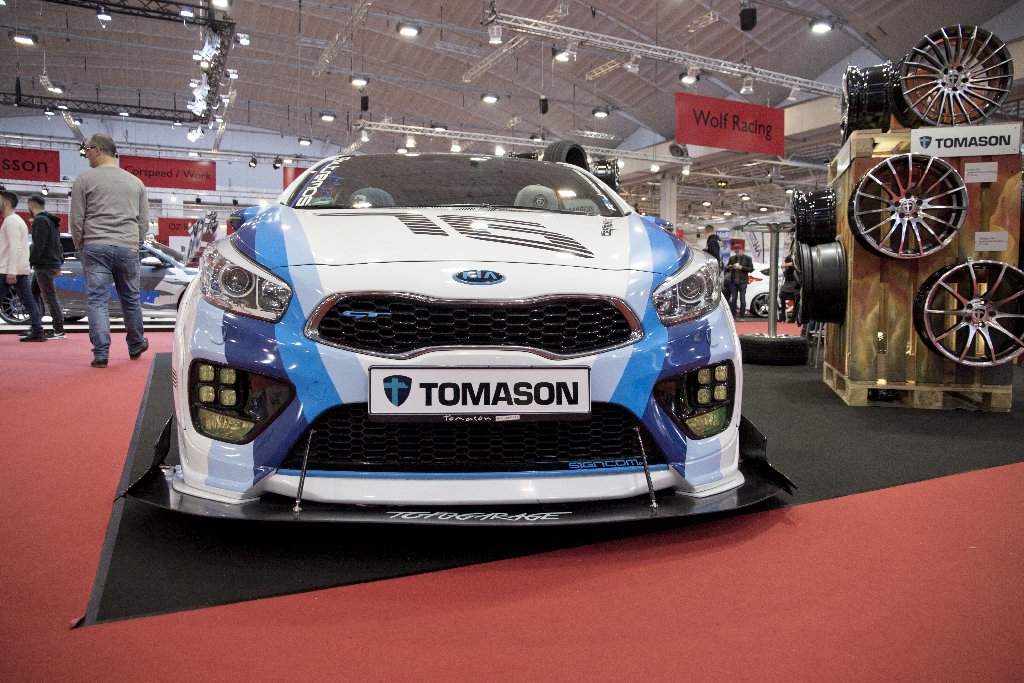 If you are walking while looking through our KW automotive blog on your smartphone, you better sit down for a moment and set your phone into full screen mode for the most brutal KIA pro_cee’d GT of the Essen Motor Show 2017. This KIA was simply a show stopper at the German fair! 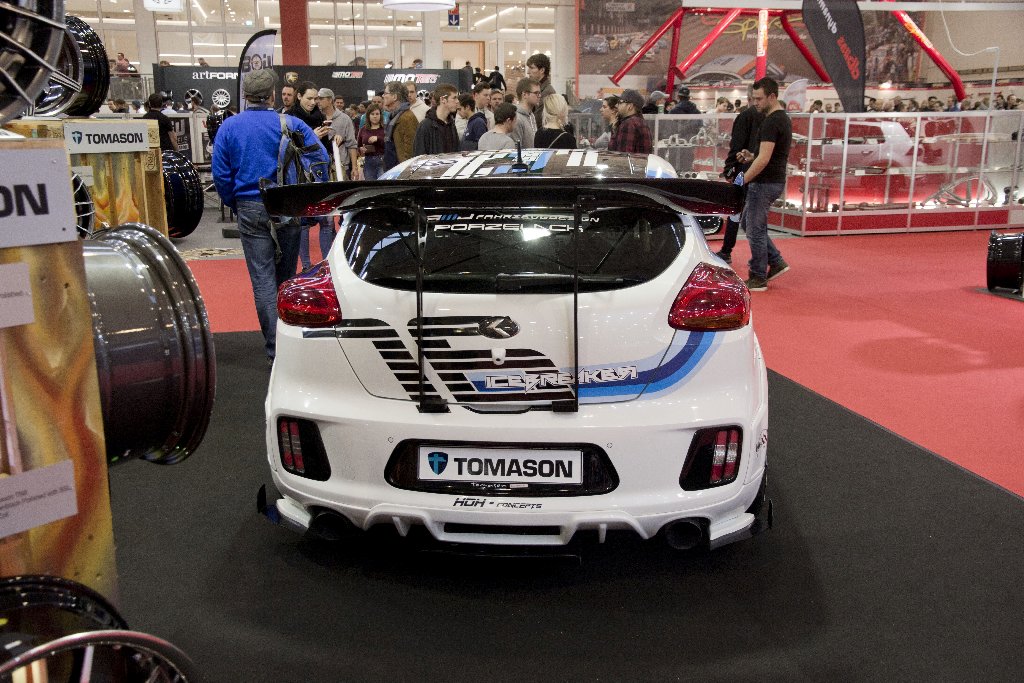 Since the KIA was already on our KW automotive blog in 2016, the diehard KIA fan Alexander Junior has elaborately refined his well-known “Icebreaker”. While the pro_cee’d GT in 2016 was still “hidden” in the catacombs of the exhibition, it was now one of the most spectacular show cars in the VDAT hall 11 at the Essen Motor Show 2017. 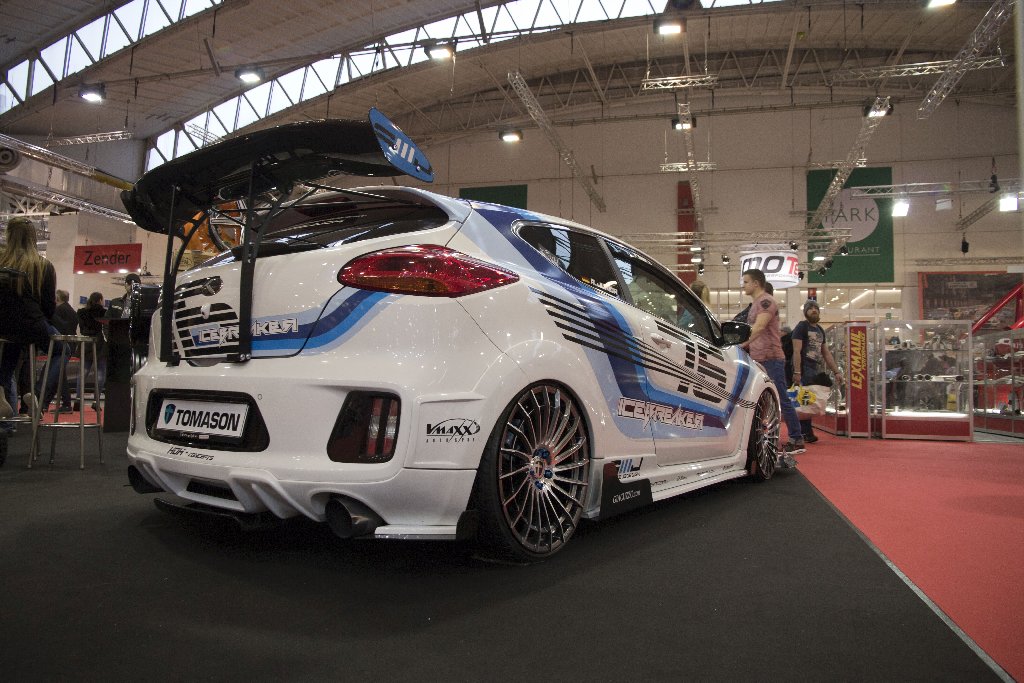 At the Tomason booth, the “Korean” lowered with an ST X coilover suspension presented an 8.5 x 19 inch ET45 large TN21 wheelset on the passenger side.

The same rim dimensions are also mounted on the driver’s side, but here it is the Tomason TN19 wheel design. All four wheels have the “Dark Hyperblack Polished” surface finish. 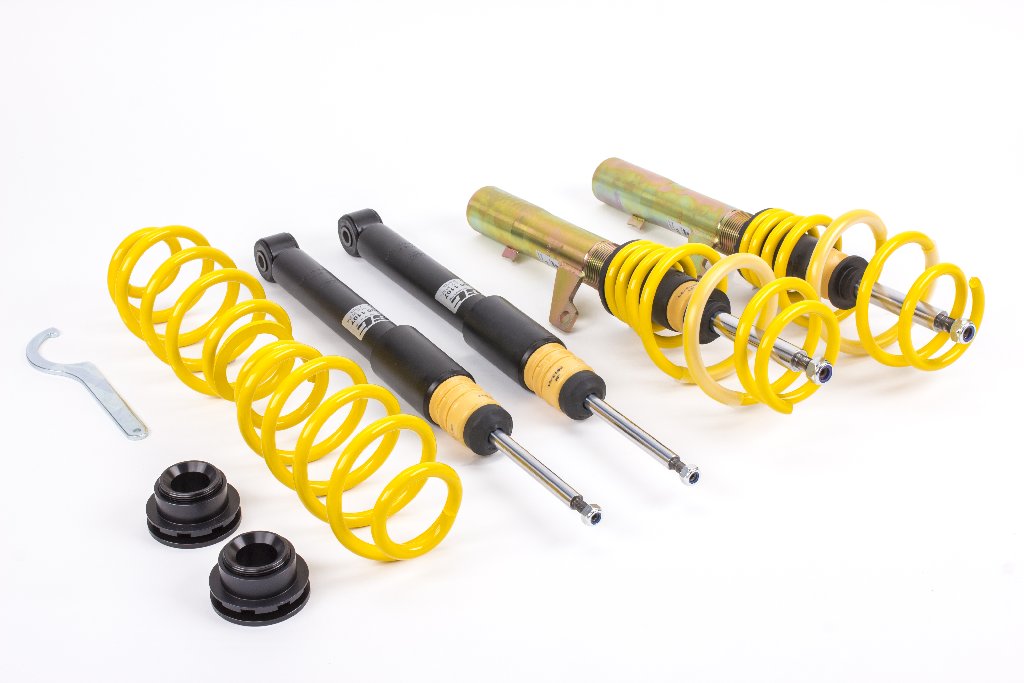 According to Alexander, the KIA drives like a dream with the ST coilover suspensions. Just to let you know, the pro_cee’d driver has purchased his ST X coilover kit from Giacuzzo and he drives it like it was meant to be driven. 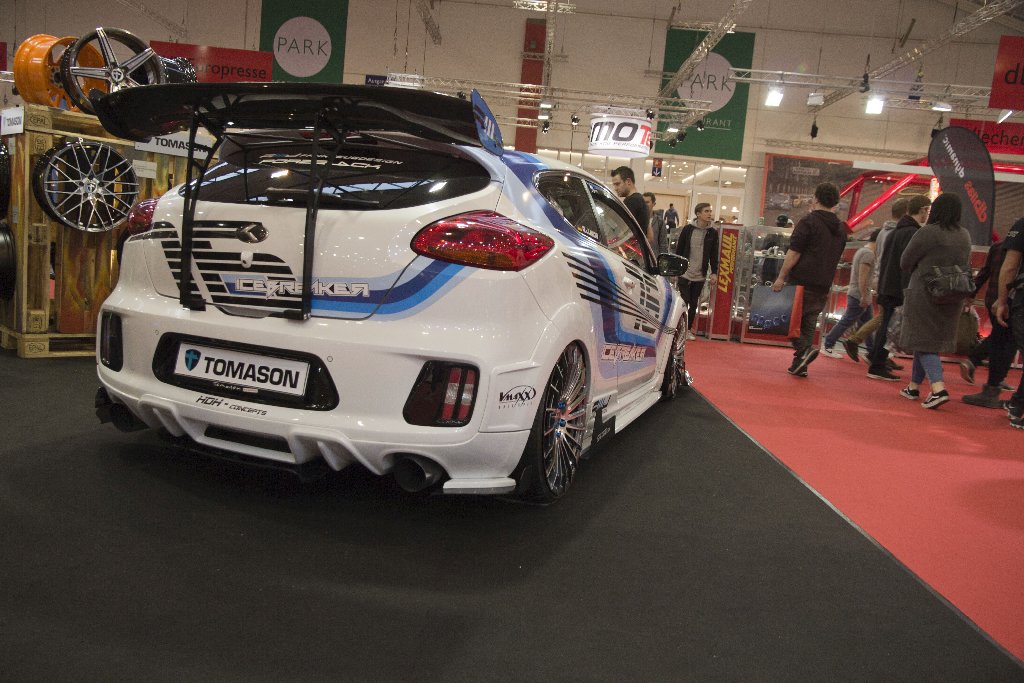 The Giacuzzo body kit with its Ingo Noak Tuning spoiler approaches have been further modified for the Essen Motor Show 2017. Most striking at the rear is the oversized rear wing made of real carbon. Alex was just inspired by racing cars. 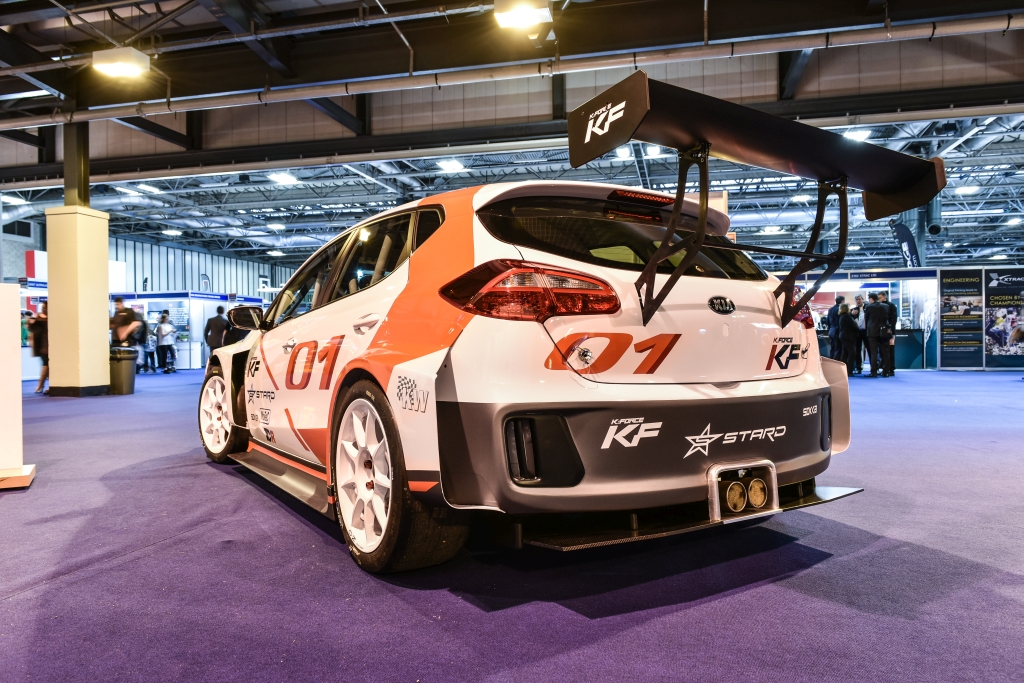 Incidentally, the cee’d is also available as a touring car variant for the TCR series, but in order to bring such an assembly kit onto the road in compliance with the regulations is a far bigger challenge than the one Alexander is currently facing. 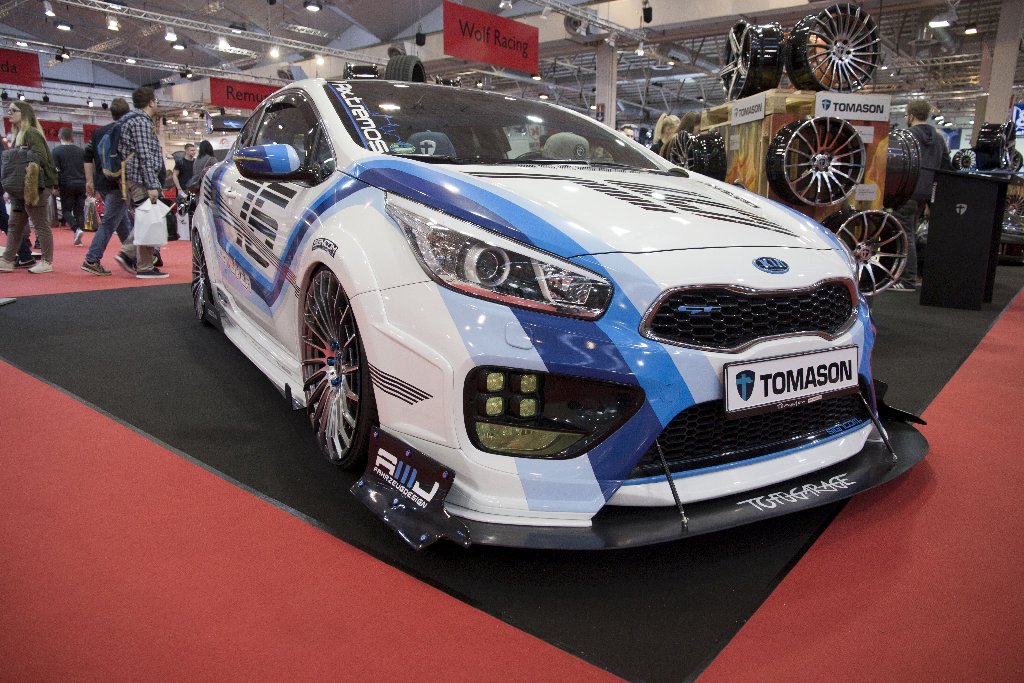 Because, Alex would like to drive his car presented at the Essen Motor Show on the road, he will make several modifications within the next few months for to be granted individual acceptance. 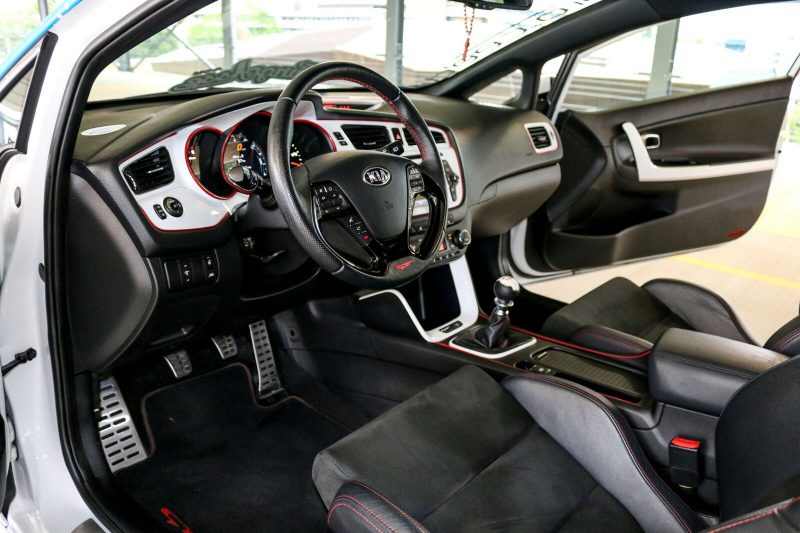 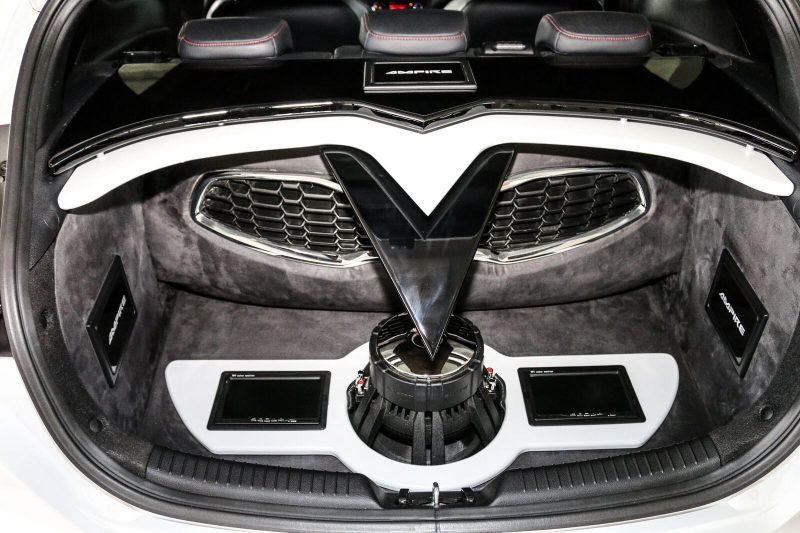 The pictures of the interior are pictures from 2016. For the Essen Motor Show, Alexander, who is also manager of the company AMJ-Fahrzeugdesign, has installed a Wiechers Clubsport roll cage. He hasn’t modified the engine for more horsepower yet. 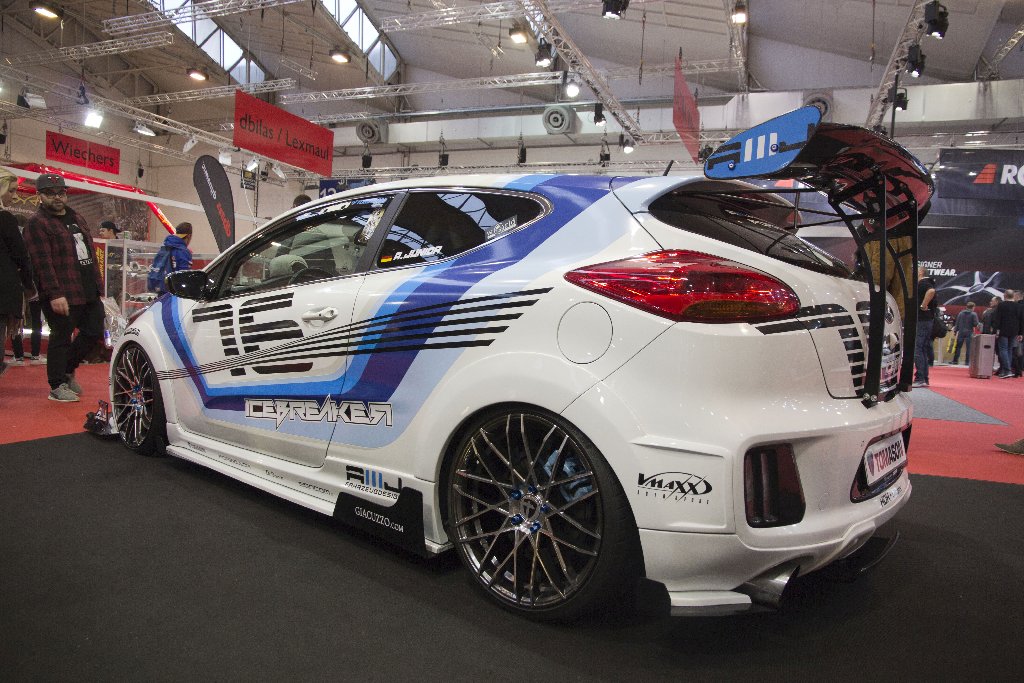 Still, an adjustable exhaust system in conjunction with an Injen Air-Intake ensures a more powerful turbo sound. If you want to know how a KIA drives with our ST coilovers installed, just take a look at the smile on Alexander’s face as he drives passed you.