Ken Block is back in Action: Hoonicorn V2 starring in Climbkhana 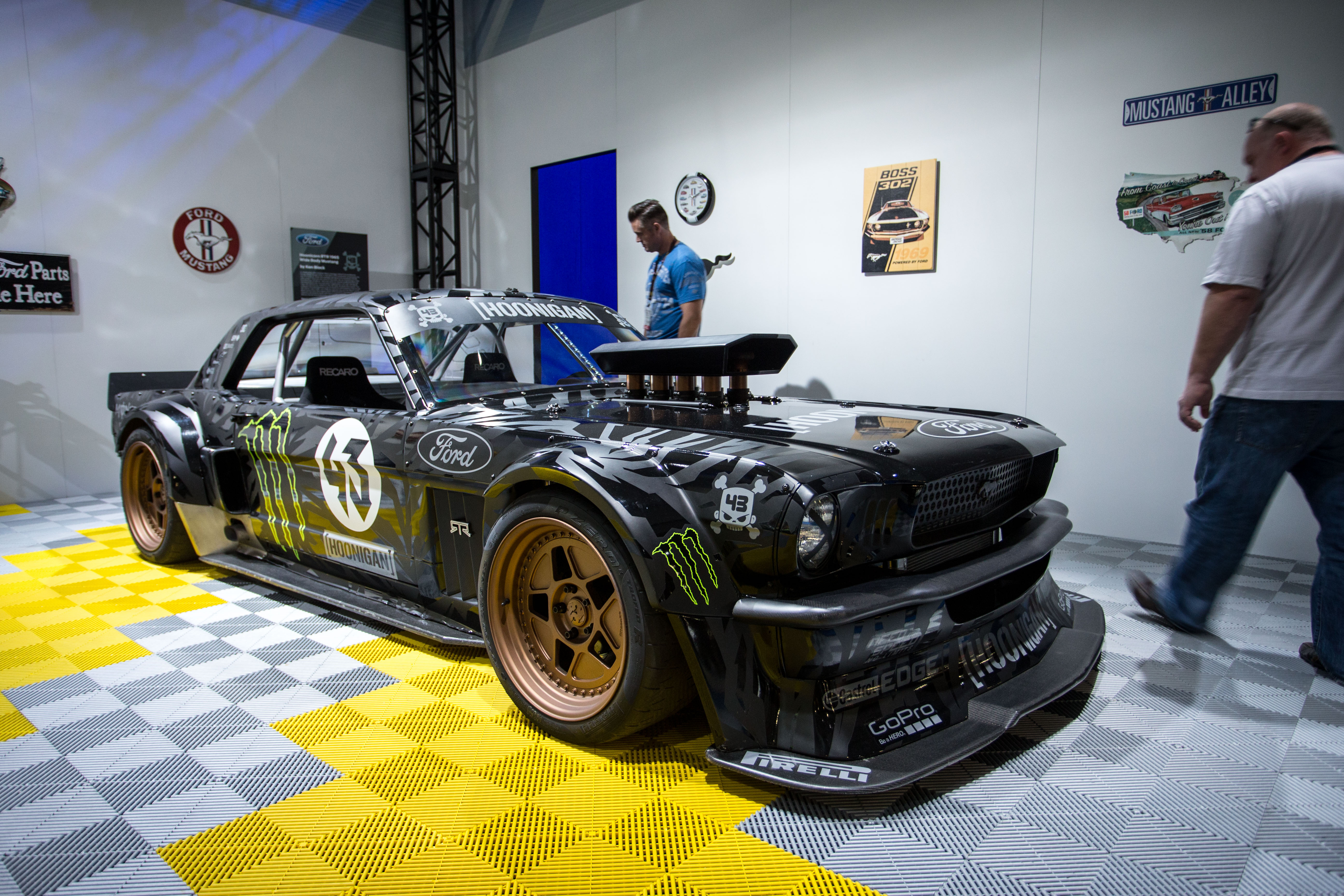 Remember our ST brand ambassadors Ken Blocks legandary Gmykhana 7 and his so called “Über-Mustang” Hoonicorn? Now the ‘Stang is back with Climbkhana! The Pikes Peak International Hill Climb is the most well known hill climb in the world, Billed as America’s second oldest, continually running race (the Indianapolis 500 is first), it’s also one of the first places Block ever raced in his career. 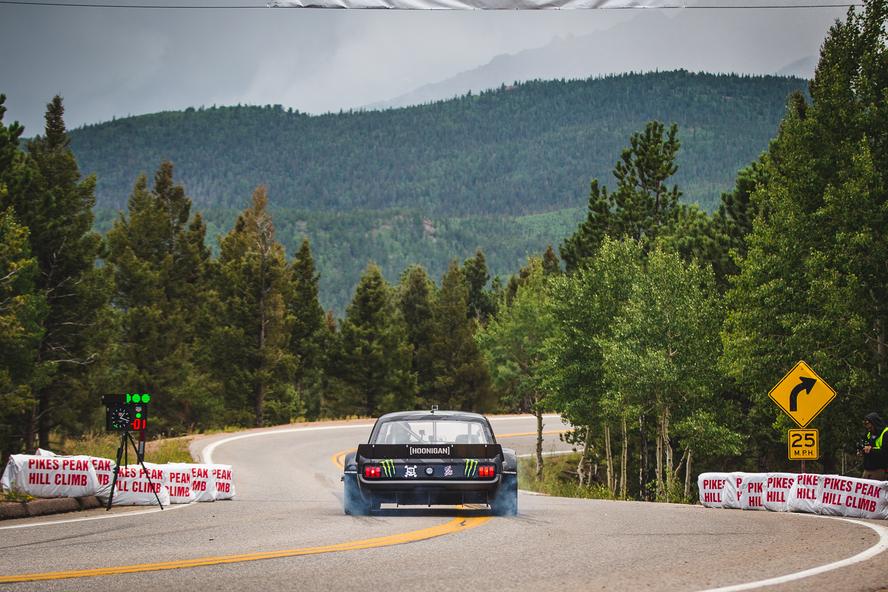 “Even as a kid I remember dreaming about racing there some day because it looked so epic. Eventually I did, back in 2005, but it was in a Group N rally car which didn’t have much power up in that high and thin air! It was an underwhelming experience because of the horsepower issue, but I loved the road and mountain – and I had always wanted to go back and do it right. So, to drive it like I get to drive in my Gymkhana videos – and do it in the Hoonicorn with 1,400 horsepower – well, that truly is a dream come true”, said Ken Block. 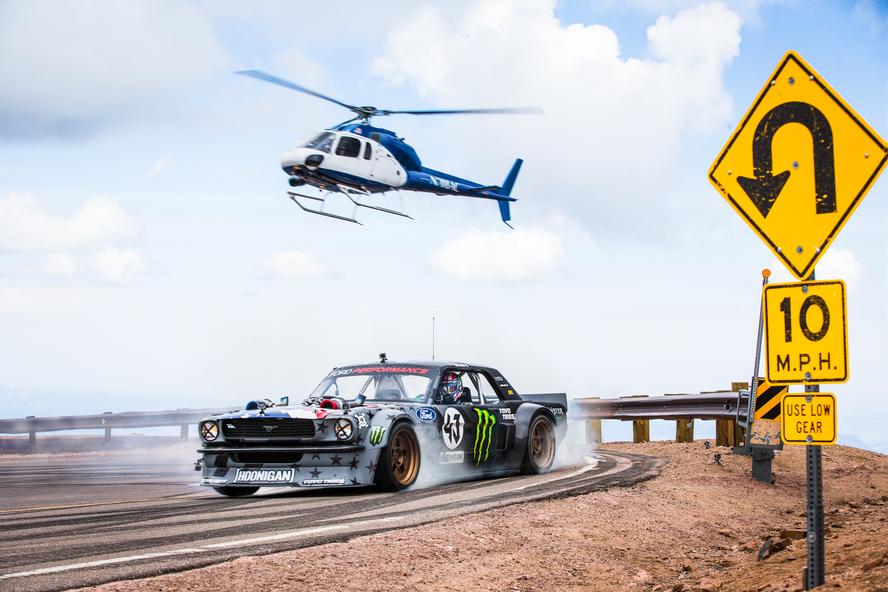 For Block, filming Climbkhana at Pikes Peak was a unique opportunity. While the road closes once a year for the Hill Climb, no one has ever been given the access to turn the landmark location into a playground. For production duties, Block once again brought his long-time friend and business partner at Hoonigan, Brian Scotto, to direct, but they also added a new face to the Hoonigan Media Machine formula: Eight-time Pikes Peak International Hill Climb Champion and Radical Media Director Jeff Zwart. 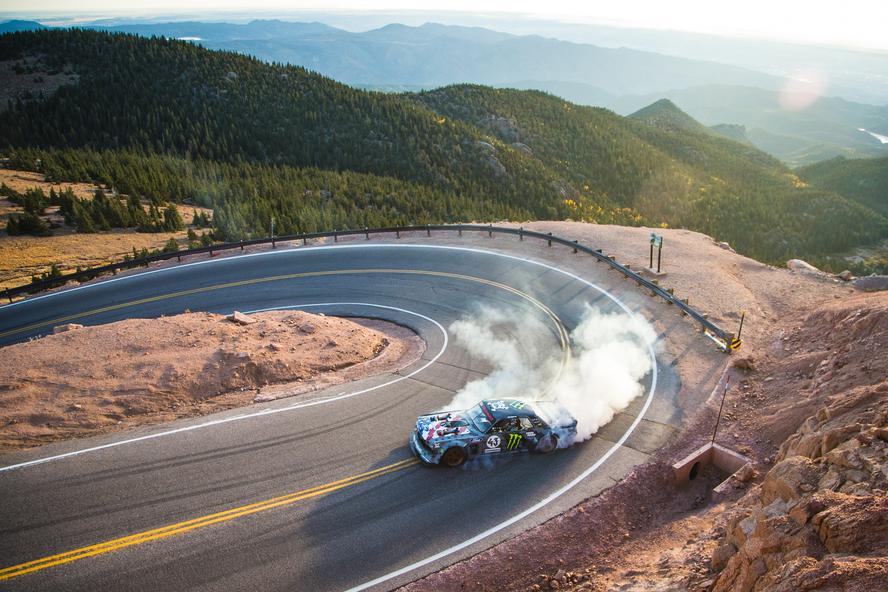 To tackle the extreme elevation gains experienced along the way up Pikes Peak, Block knew that he needed more horsepower for his 1965 Ford Mustang Hoonicorn RTR. So, Hoonicorn V2 was born. A 1,400 horsepower, twin-turbo, methanol-fueled machine. Ken Block and his crew experienced multiple production setbacks, having to go to the mountain on three separate occasions over 12 months due to both weather and development issues to be able to finish the film.

“This car is insane,” said Block. “I feel it genuinely wants to kill me! Before we added the twin turbos, it was the most fun car I’ve ever driven. Now it’s still quite fun to drive, but it melts tires ridiculously quick. To have this thing be such a beast and then take it to this very dangerous mountain, well, I thought I’d maybe finally taken on a project that might be too much for me to handle. This is the most powerful AWD-type car in the world to be driven this way, so I’m genuinely glad I didn’t die making this video!”