Kill all tyres! 901 horsepower in the Opel Omega 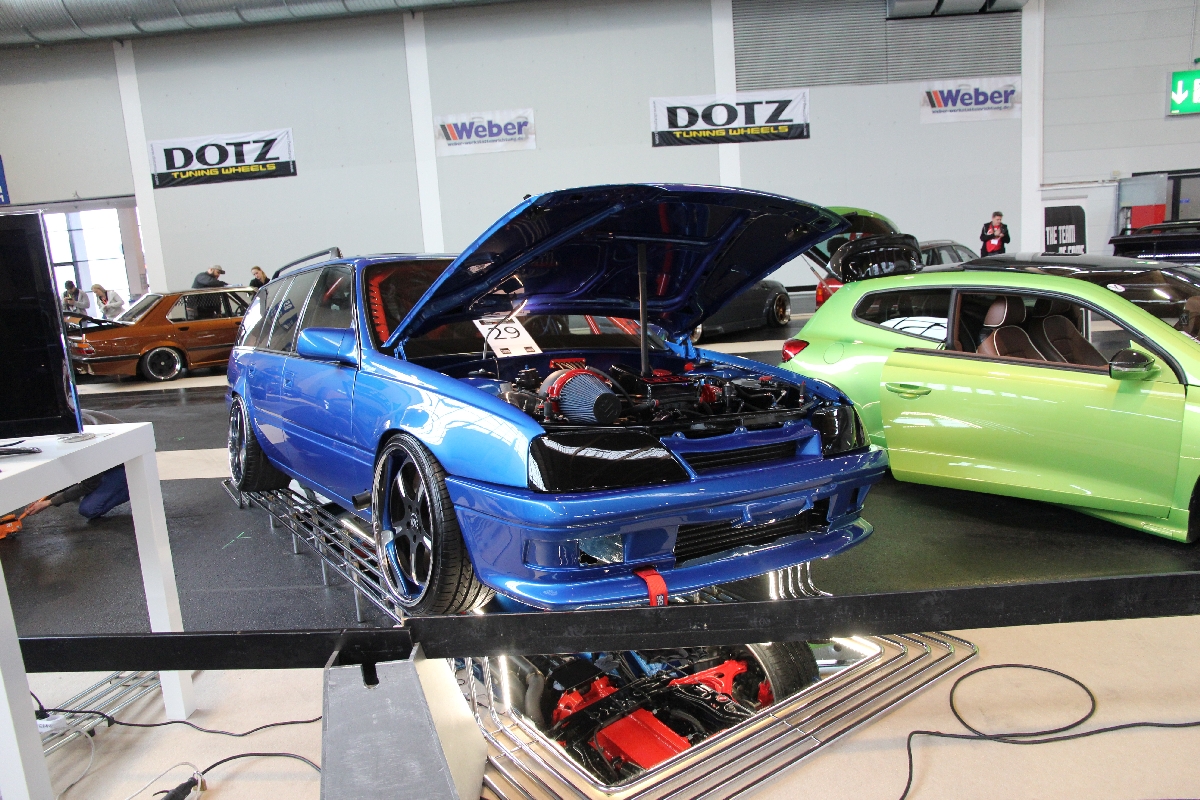 At the Tuning World Bodensee, exhibition visitors were amazed when they met an Opel Omega in the hall of the European Tuning Showdown. Some young visitors could not even believe that this should be an Opel.

The Gatebil Event veteran Kjetil Møkkelgård from Norway knows this. “When I drive drift taxi in Rudskogen and three passengers get out of my car, and if for example some YouTuber talks to me about my Volvo, I cannot resist smiling.” Yes, a long time ago, even Opel built (male) cars with rear-wheel drive. 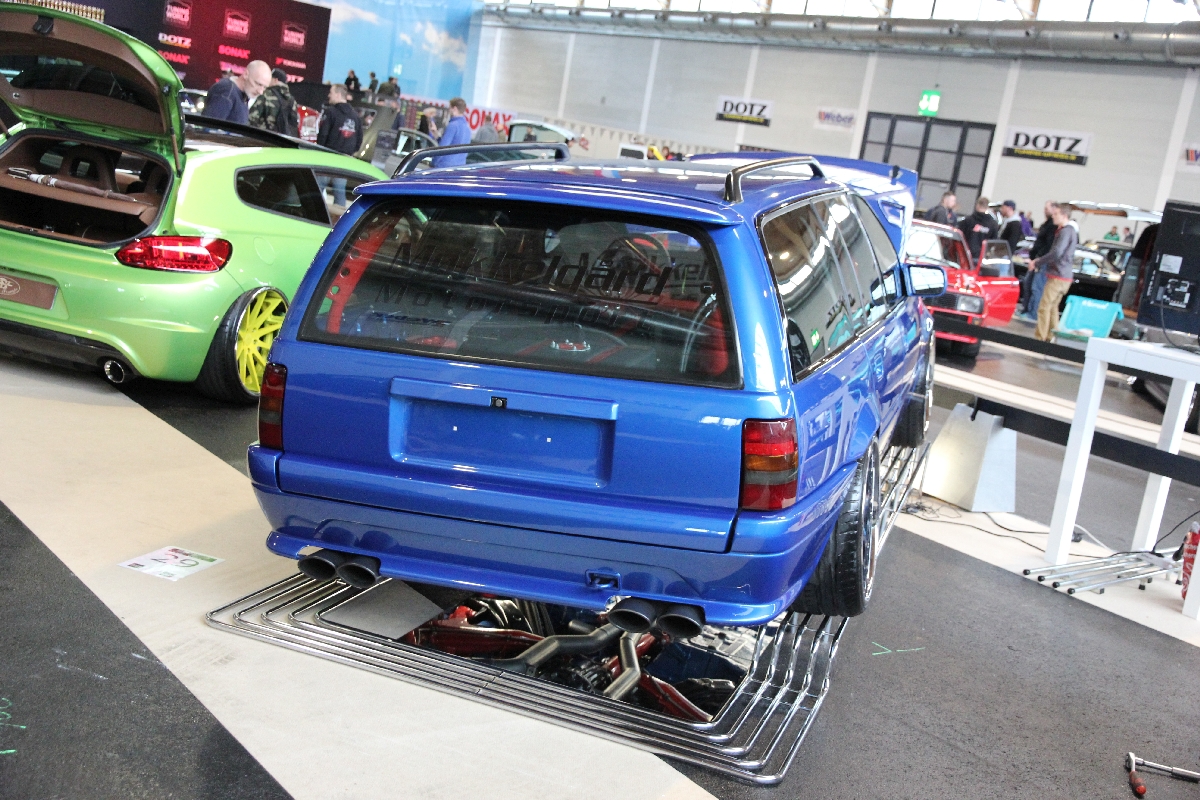 At first glance, Kjetil’s Omega looks discreetly unglamorous. On the other hand, die-hard Opel fans get shining eyes when they see the Irmscher aprons, Irmscher tailgate spoiler and the twin-flow four-pipe exhaust system. But it gets even better and we are not even talking about the tinted taillights. 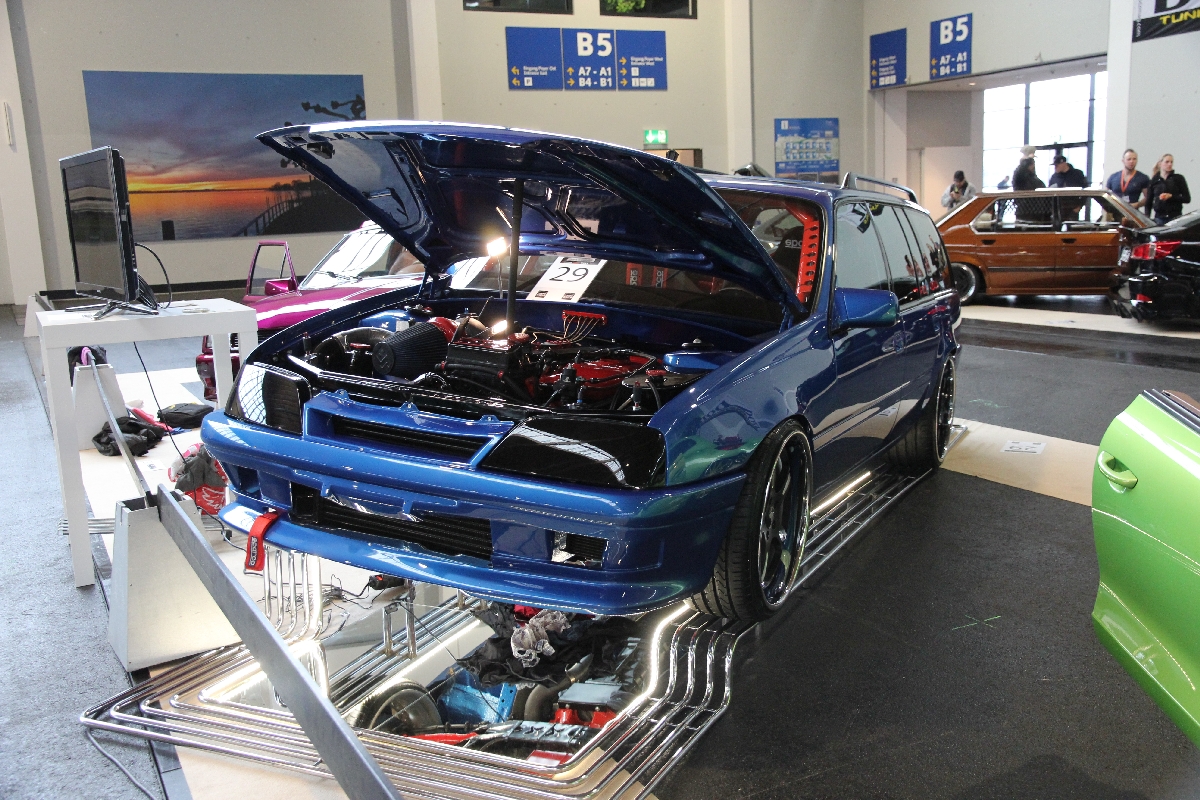 By looking under the hood it reveals why the Omega is burning on Scandinavian racetracks as a drift taxi and uncompromising “fun car”. Instead of an original straight-six cylinder or a sharp Irmscher six-pack, the Norwegian came to the C36GET via some detours in search for a real engine. 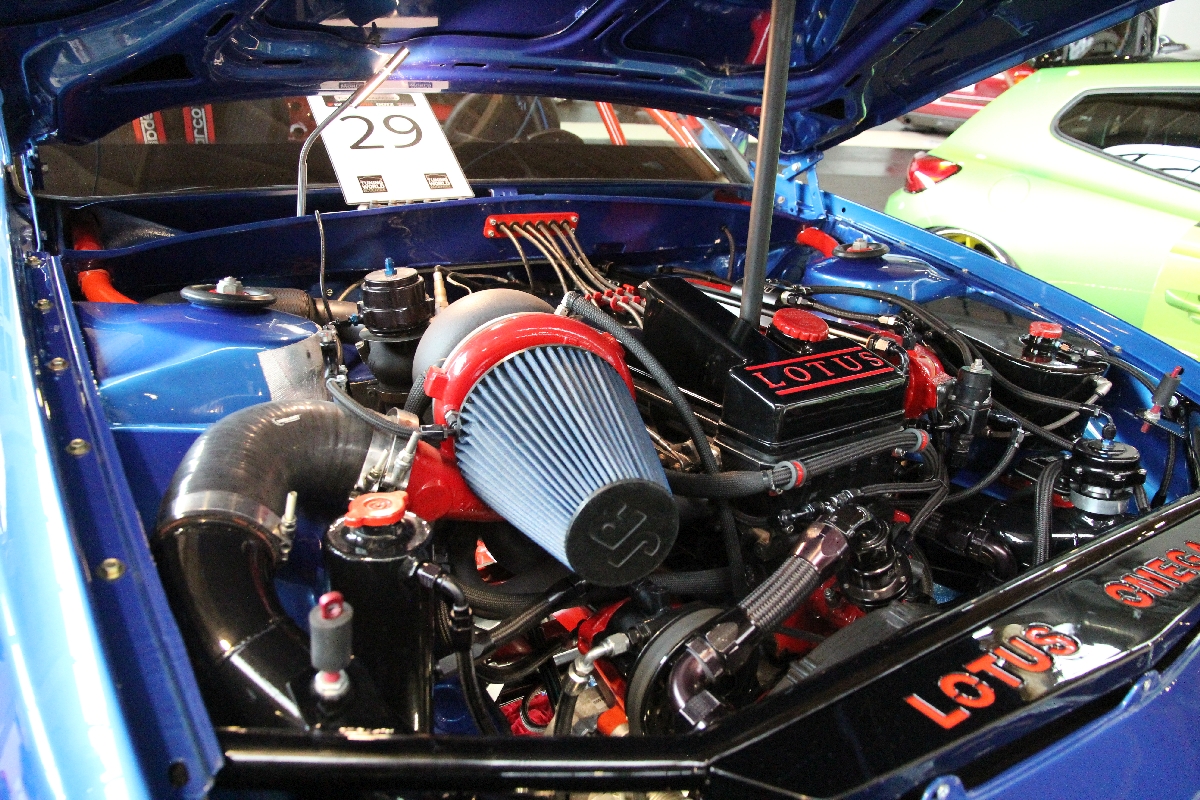 This is a legendary 377 hp BiTurbo six-cylinder-24V with 3,6-liter displacement from the Lotus Omega that today is highly endowed among lovers. With just under 400 hp, you cannot get that far even with a comparable “lightweight” Omega and so the Norwegians took the engine as well as the entire body completely apart. 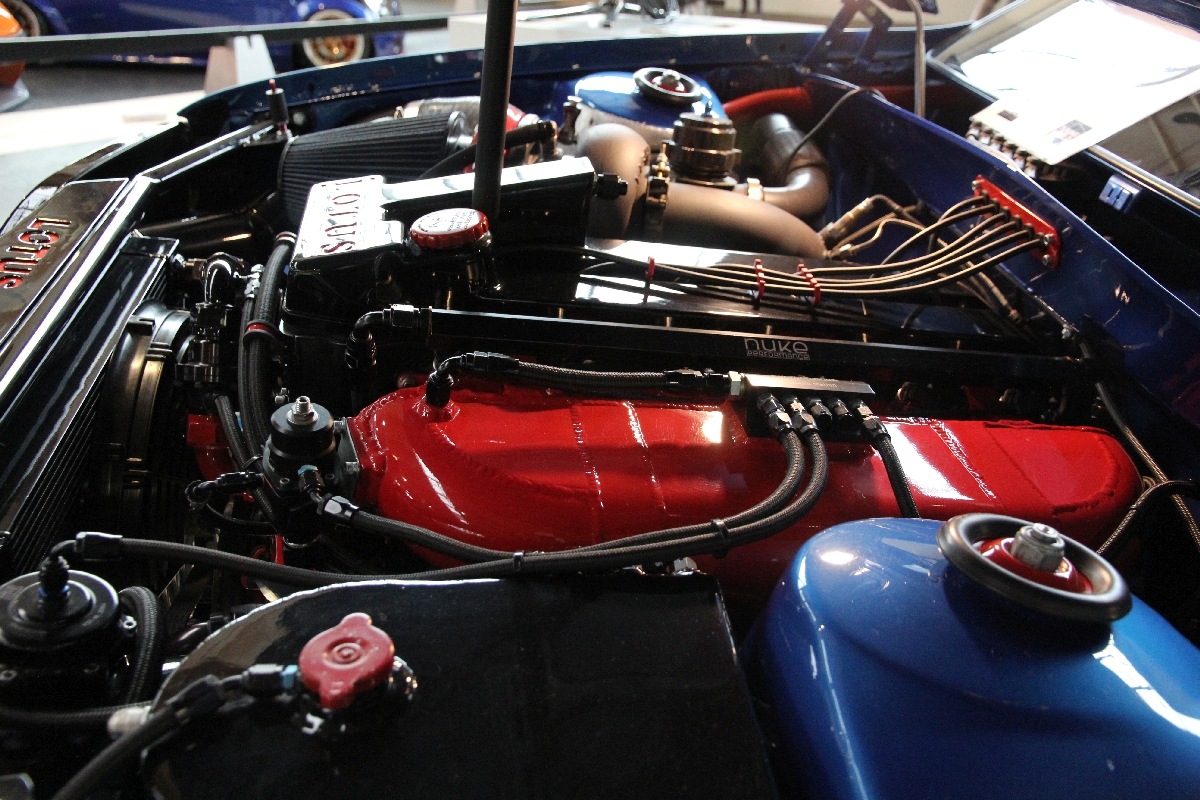 Since the “old” engine is still a real old school engine, you can also modify the motor old school style. The engine displacement was expanded to 3,9 liters and the entire interior was replaced by high-quality motorsport components. Forged pistons, forged connecting rods, different camshafts, valves and more parts – simply the complete program to set the six-cylinder engine with a Garret Turbocharger under pressure. 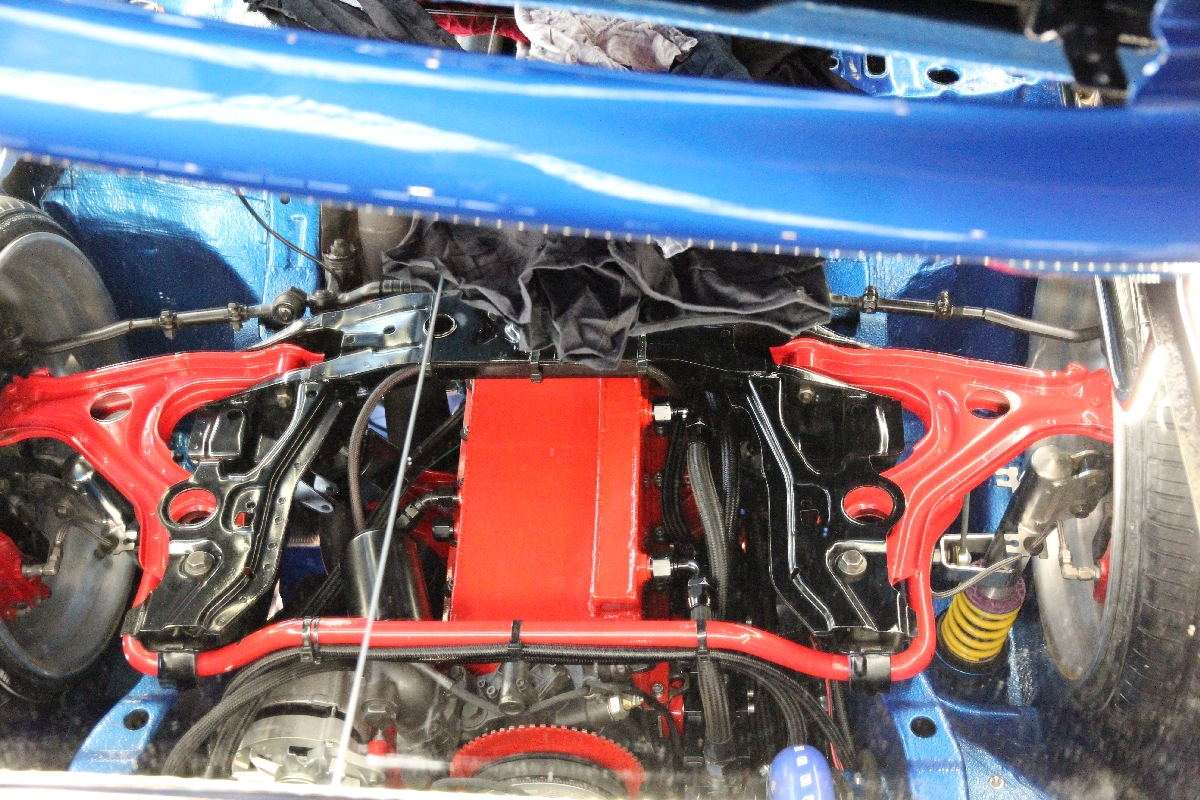 There is even four-stage dry sump lubrication, various catch tanks, high-performance gasoline pumps and much more. Of course, the suspension was also modified. Currently there is a KW coilover kit on board, but soon our coilover suspension made of stainless steel will be replaced by a true-bred KW Competition racing suspension. 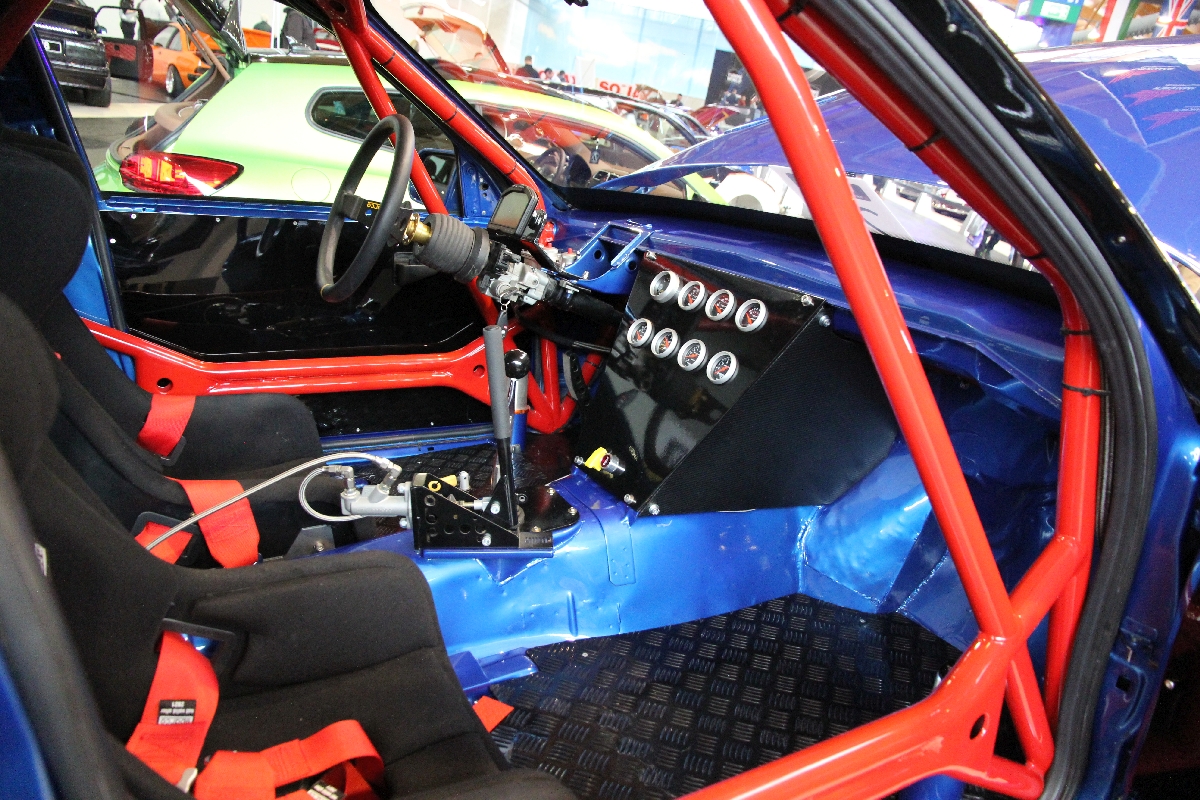 Pure racing also rules the interior. The roll cage is not a toy, but a 12-point cell with FIA certification from “Rallyprodukter”. To make drifting easier, there is a hydraulic “fly-off brake”. The gearbox is a Tremec T56 Magnum with six gears. 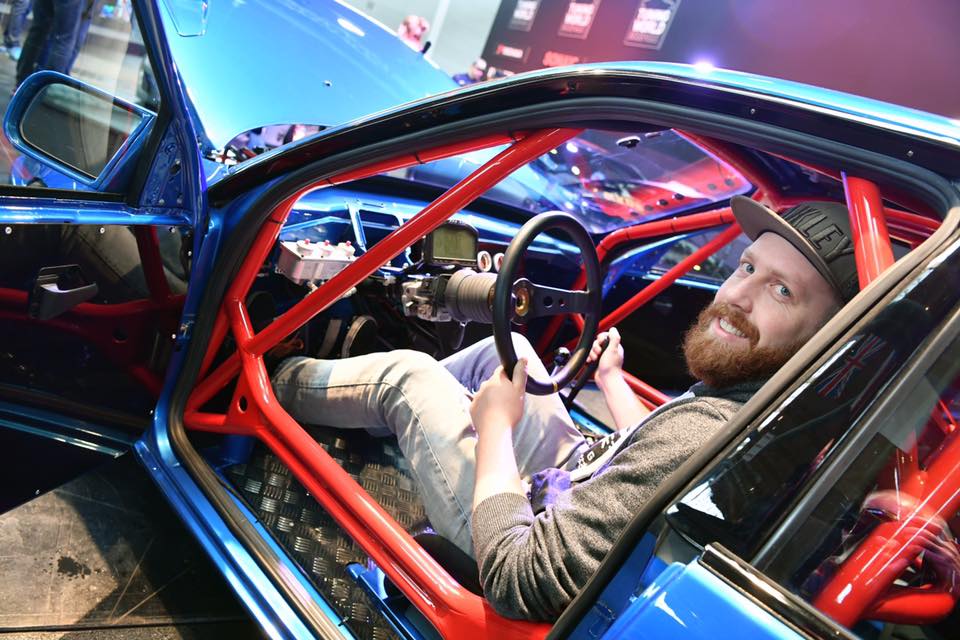 As far as the steering wheel is concerned, Kjetil got a two-spoke Sparco sports steering wheel and the digital command center is a digital Race Technology DASH2 Cockpit. 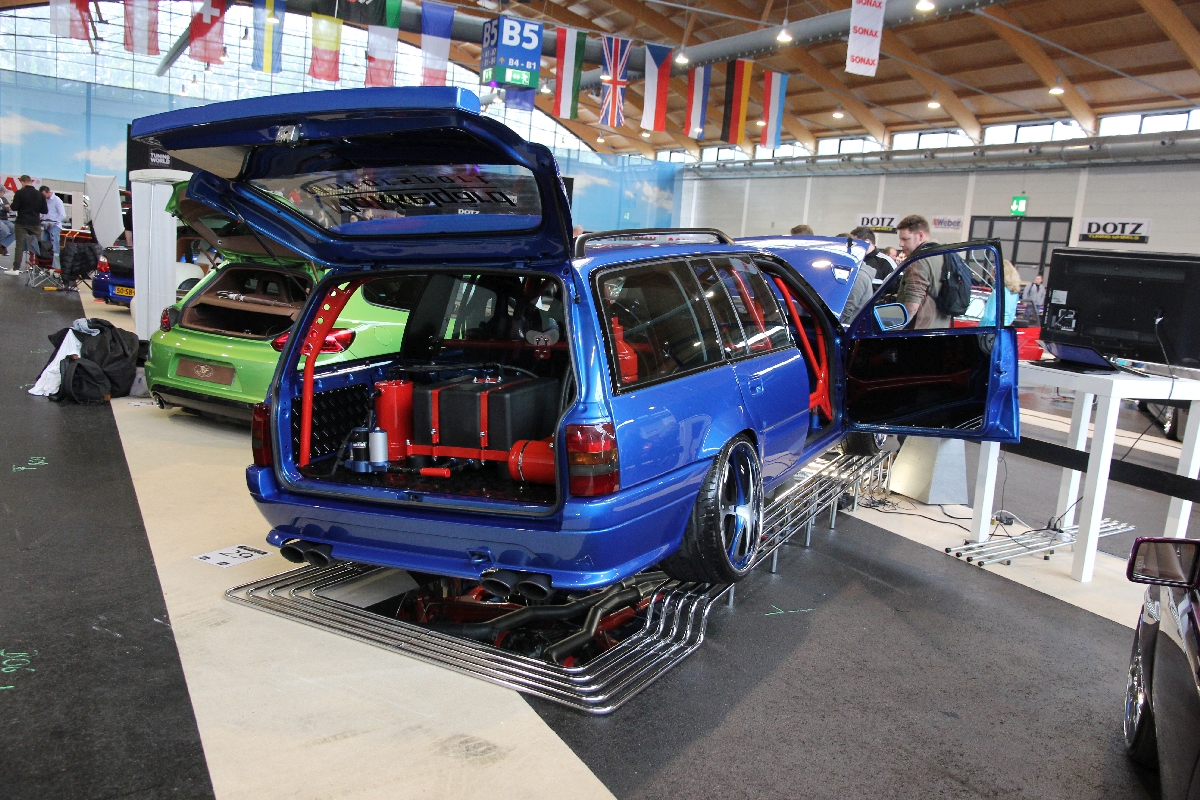 The trunk is now used by various tanks for gasoline, oil and automatic extinguishing system. Kjetil just does not do things halfway. And the fact that he takes part at various “Show & Shine”-competitions with his “Über-Omega”, he makes out of conviction and only there he lowers his sights in terms of driving dynamics with the rims. In Friedrichshafen he assembled multi-part rims in 10 x 20 inches and 11 x 20 inches from Forgiato as well as “ultra-thin” 265/25 and 285/25 Hankook tyres. 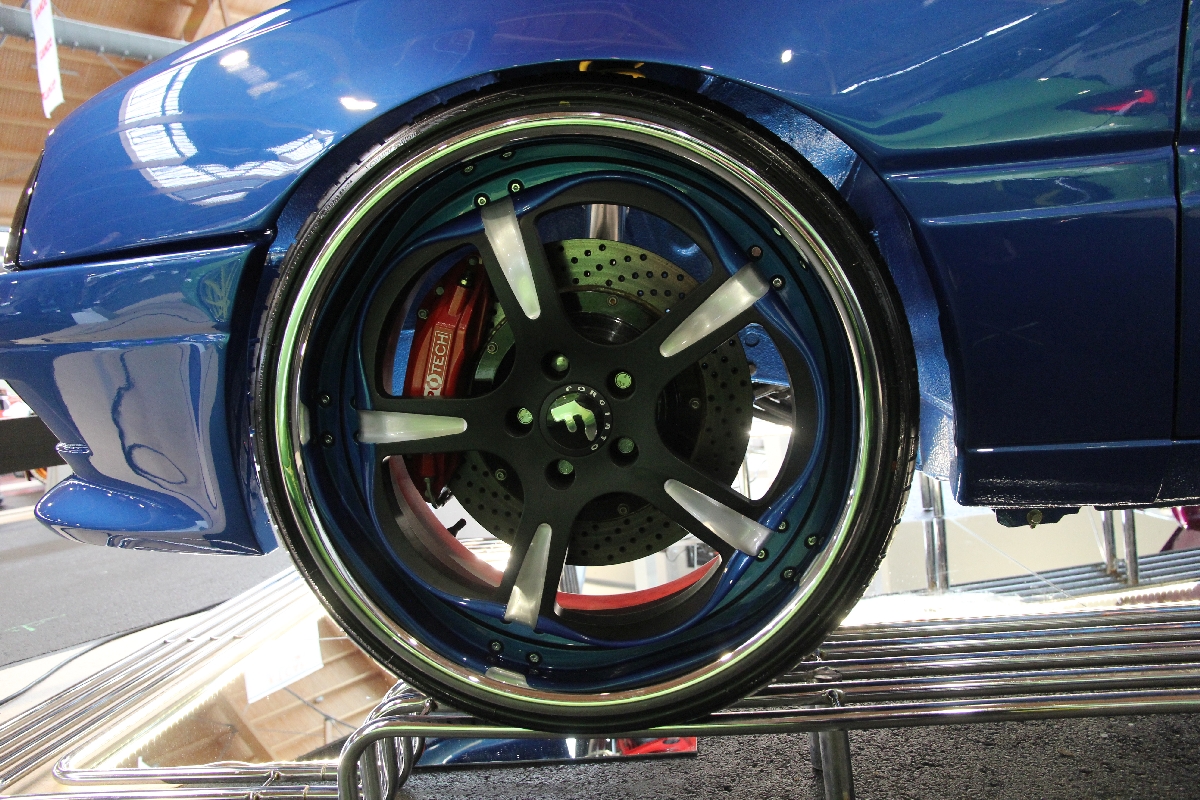 If Kjetil is on the racetrack with the Omega, of course he mounts smaller rims and different tires. The Omega currently brakes with a four-piston brake system from StopTech (front with 355 mm discs) and Mov’it (rear with 299 mm discs).

And in the YouTube video above you can see how the Omega in the old condition “goes off” on the racetrack and how much work Kjetil put into the Opel. Have fun.