King of Europe and Queen of Europe Drift Action in Valencia!

Round 2 of the Federal Tyres and ST suspensions King of Europe series took place under the scorching Spanish sun at the unique street layout for the 2017 season at Valencia Circuit. 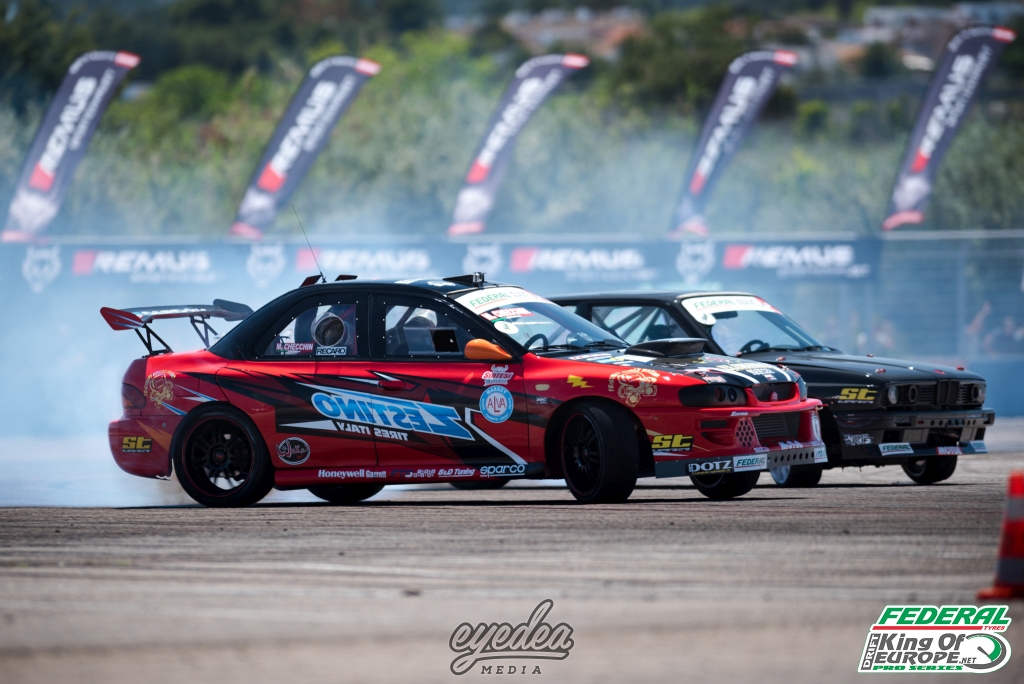 Having used two layouts on the track in previous years, this custom course provided the opportunity to make the task for the drivers even more challenging. 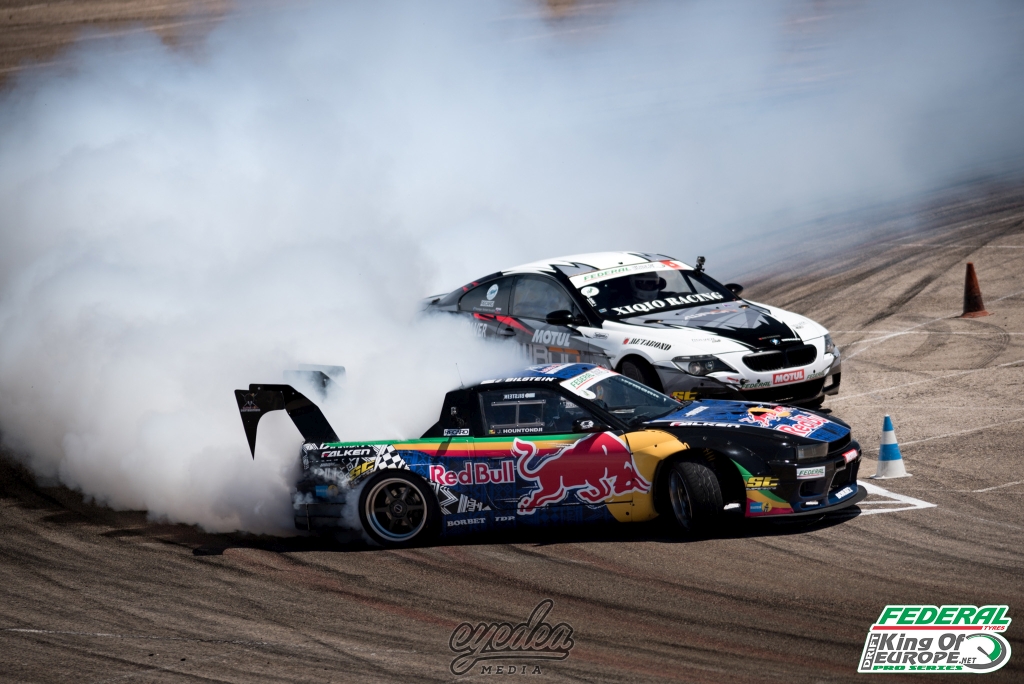 As the competition got tougher than ever, some of the most intense battles we’ve witnessed along with varied uneven surfaces provided drivers with the ultimate test – leaving the thousands of spectators on the edge of their seats. 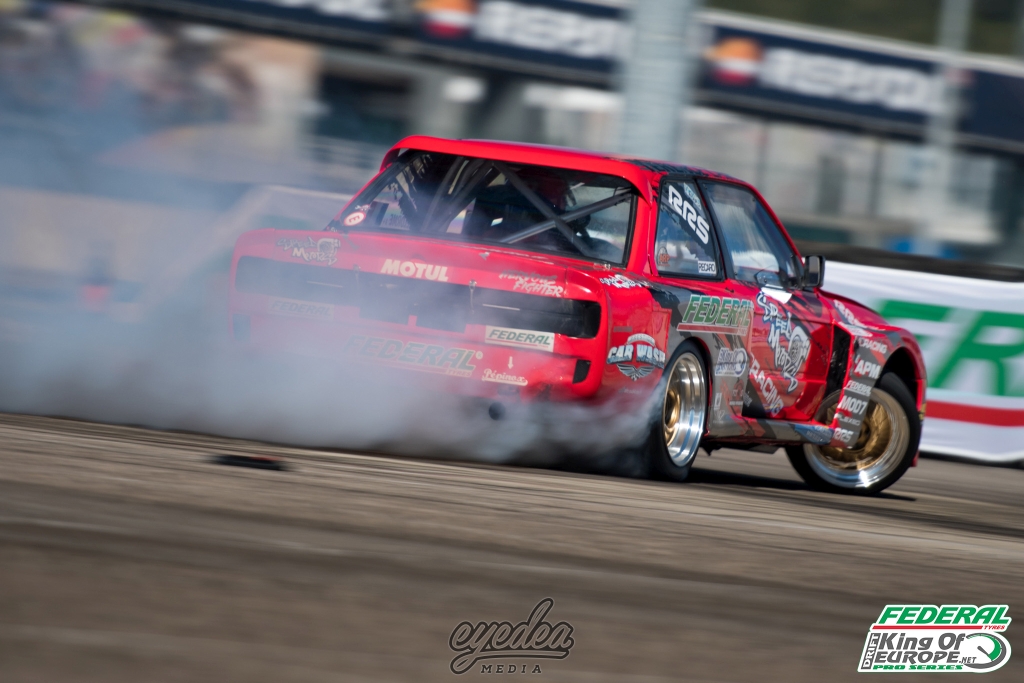 It didn’t stop current King of Nations Champion Nicolas Delorme showing that he’s here to fight for the top European spot this year during qualification with a score of 90.75. His incredible runs saw him achieve the highest attack speed at 106km/h along with highest line and show points of the day. 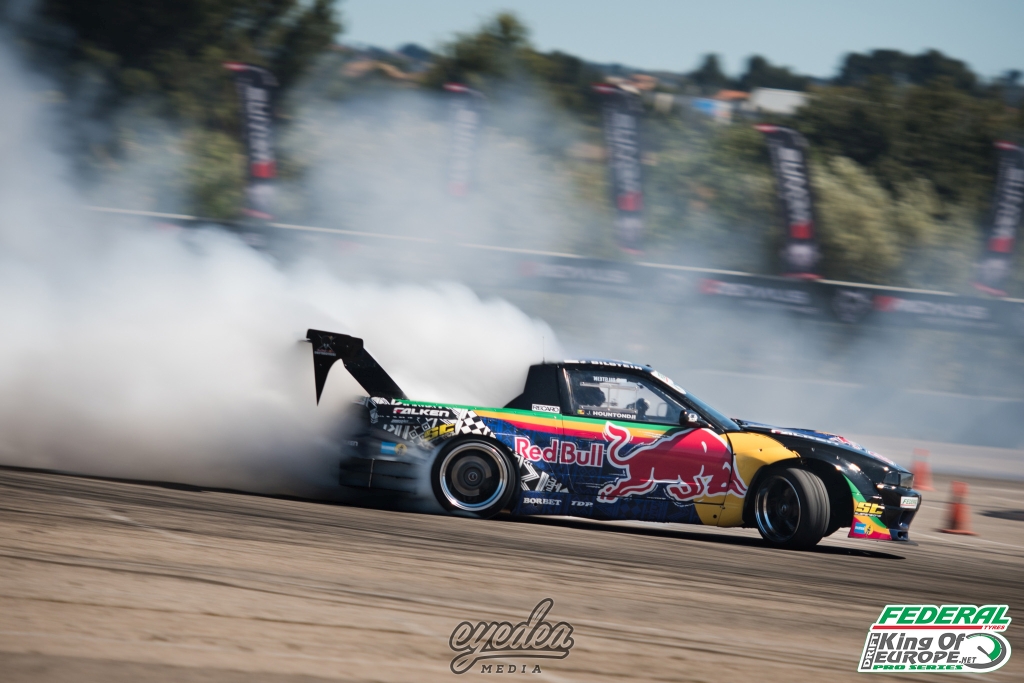 Joe Hountondji kept the Team Driftbrothers flag flying high as he landed second place with 90.94 points. After taking second place at Round 1 to his brother Eli, he was undoubtedly eager to secure the top spot on the podium. 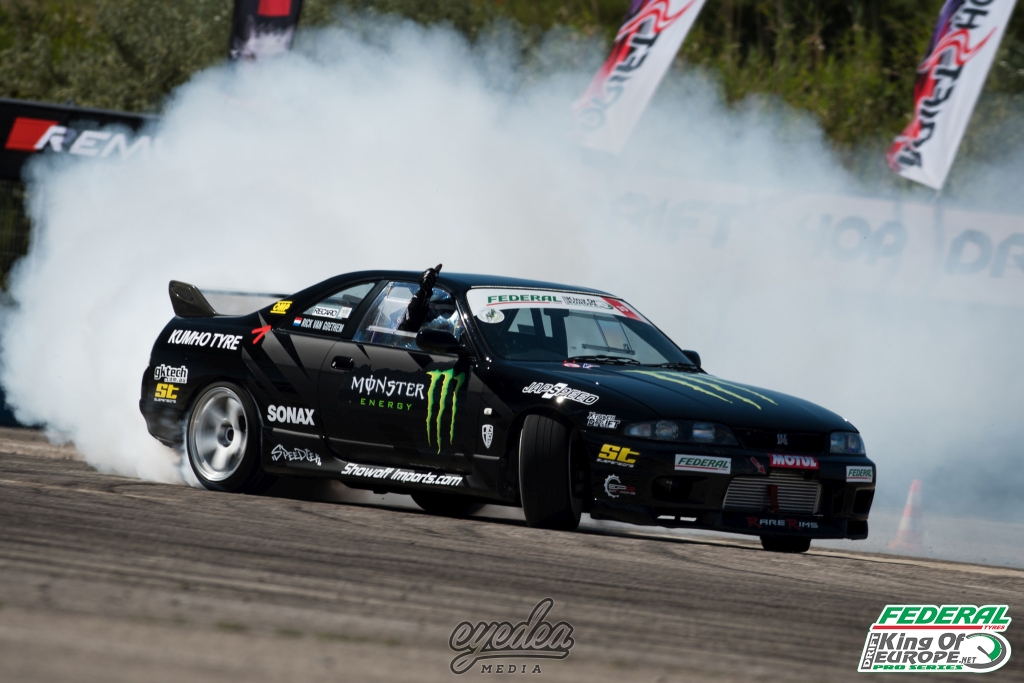 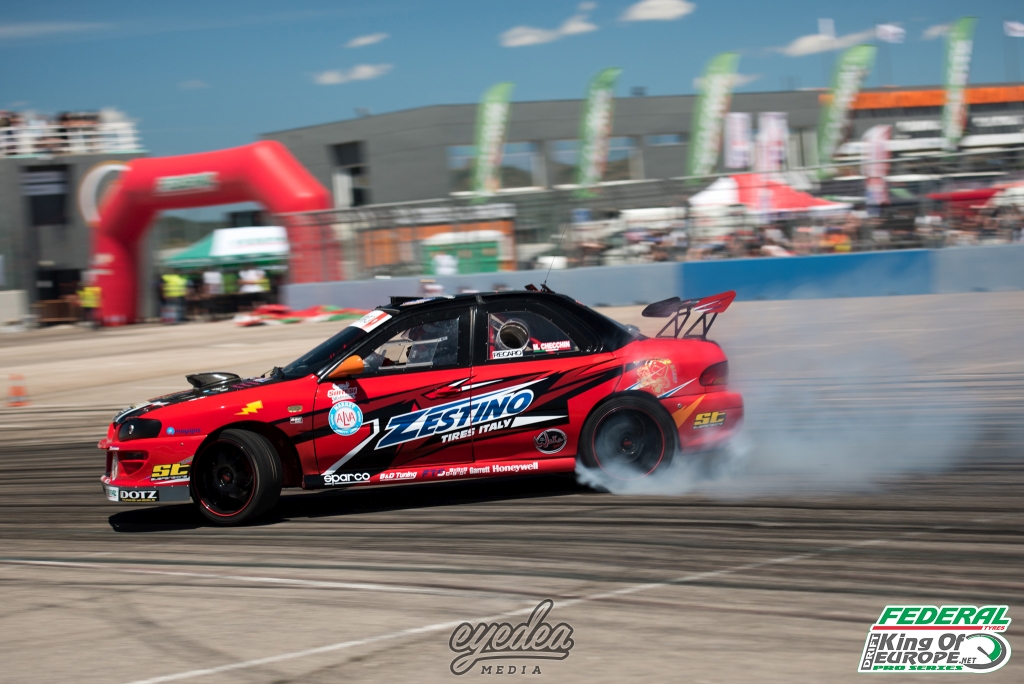 Italian Massimo Checchin continued his fine form from Round 1 as he landed 4th place, with local drivers Jonathan Hernandez and David Infantes Cabeza in 5th and 6th. 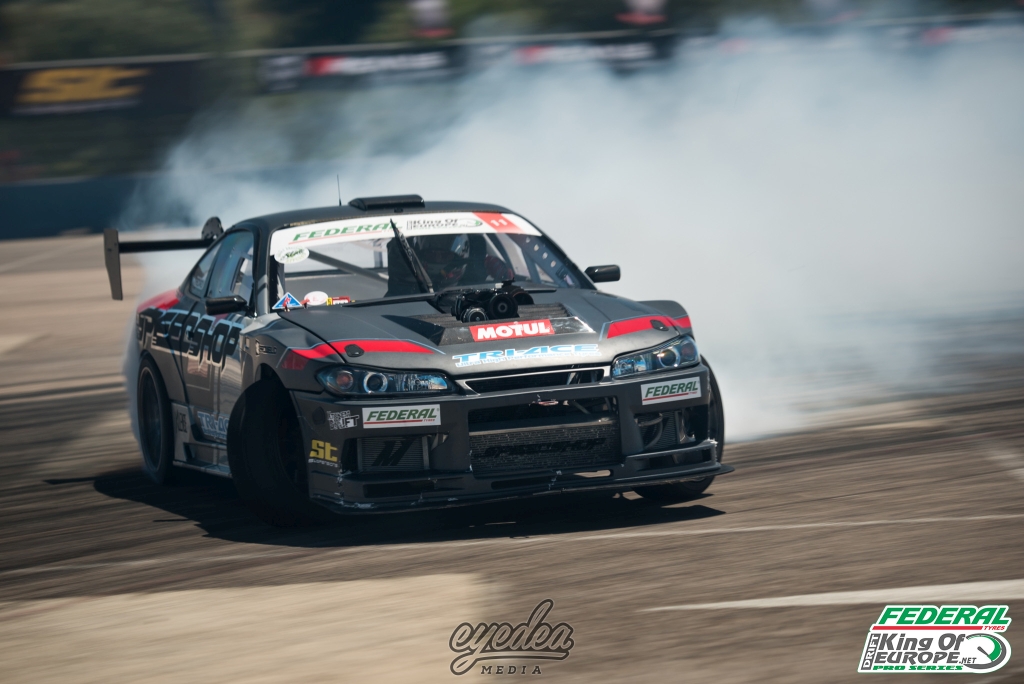 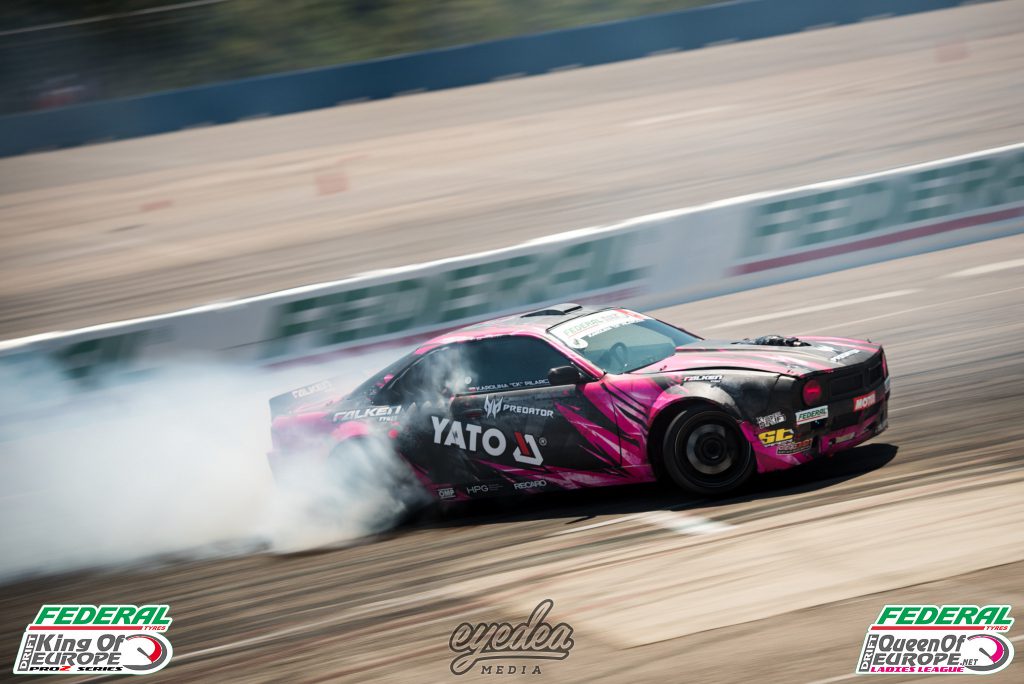 Austrian Daniel Brandner took the top qualifying spot in the Pro2 series, whilst Karolina Pilarczyk once again sealed the spot in the Queen of Europe series. 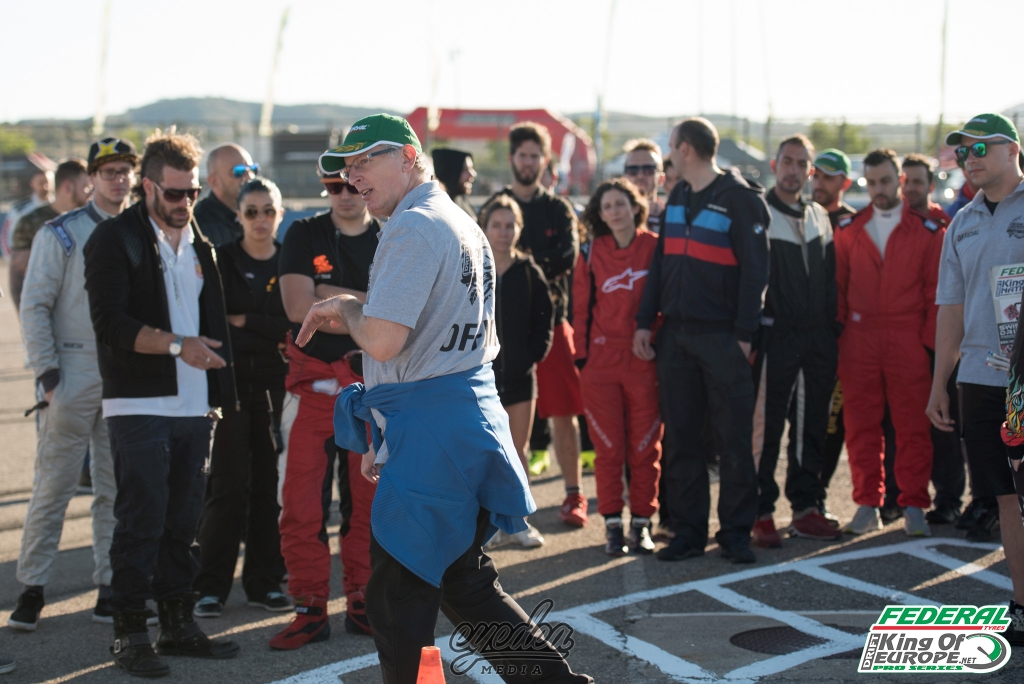 As the baking sun continued to beat down on the track on Sunday, it was time for drivers to go head-to-head in the battles. 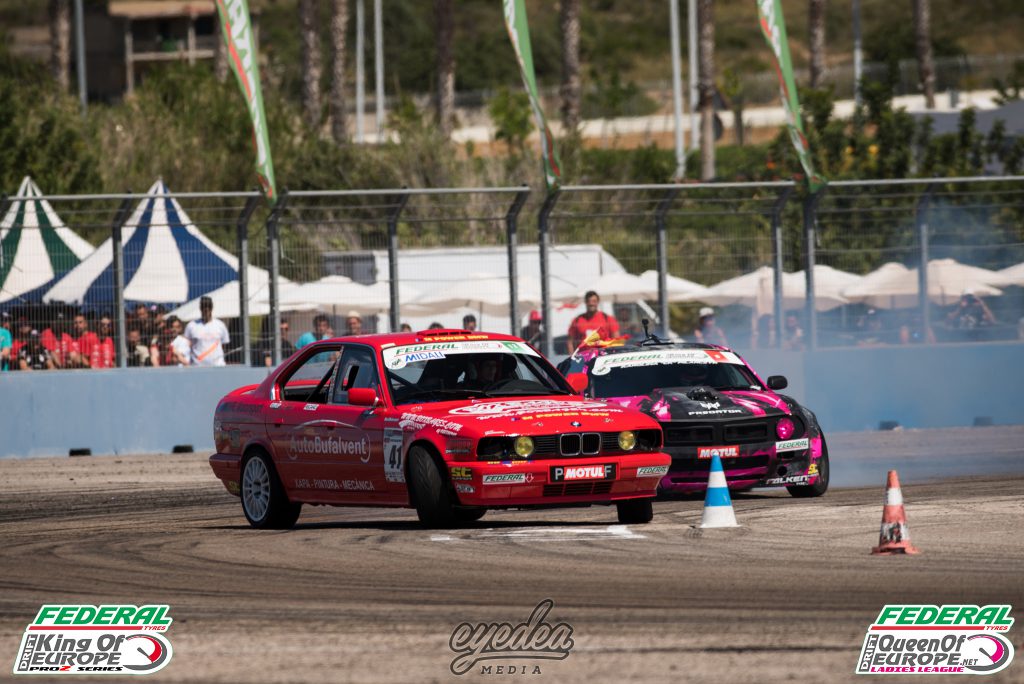 First up was the Queen of Europe series, where local drivers Alicia Rodriguez and Rebeca Coca fought for the chance to face current Champion Karolina Pilarczyk in the final. It would be Alicia Rodriguez who powered her BMW M5 to secure her spot against the Polish Champion. 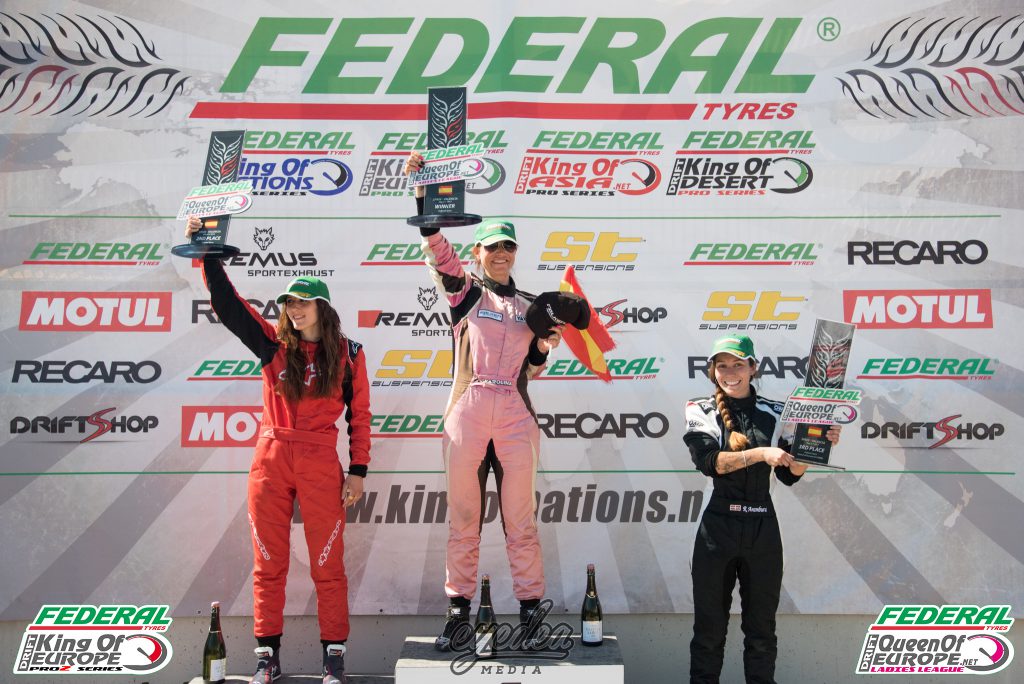 In a close final, it would be the initial 6-4 advantage in Karolina’s favour which would decide the outcome after a 5-5 score in the second battle. This would hand Pilarczyk her second back-to-back win in the Queen of Europe series, with Alicia Rodriguez in second and Rebeca Coca in third. 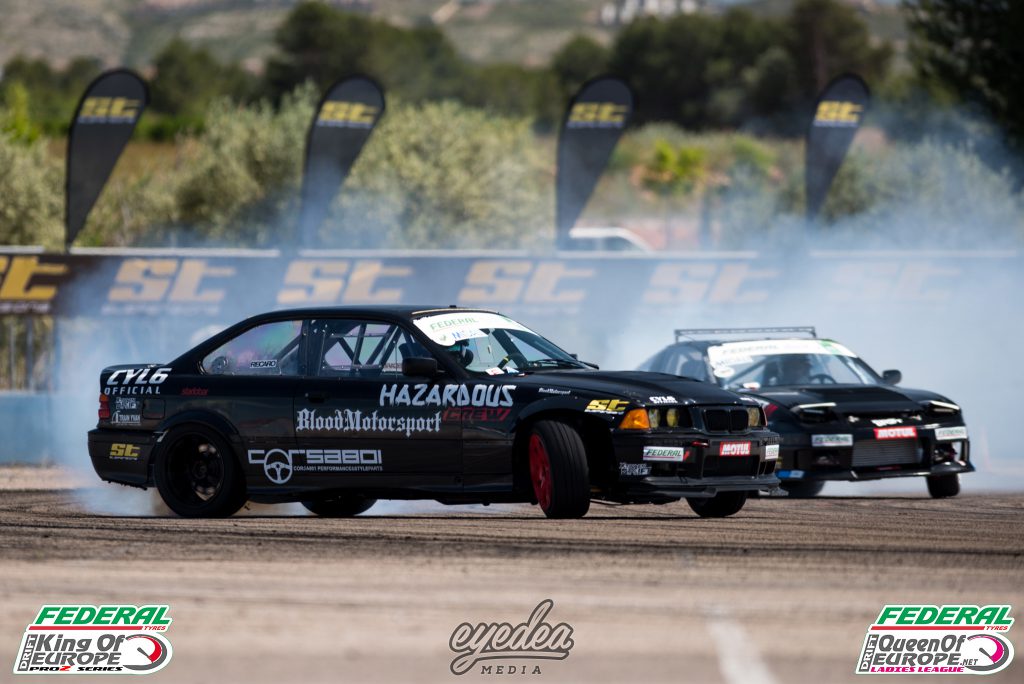 Next up in the Pro2 series, French driver Remy Caniard would find him up against fellow countryman Axel Francois in the semi-finals. After a close battle, it would see Axel narrowly squeeze past to land his spot in the final. 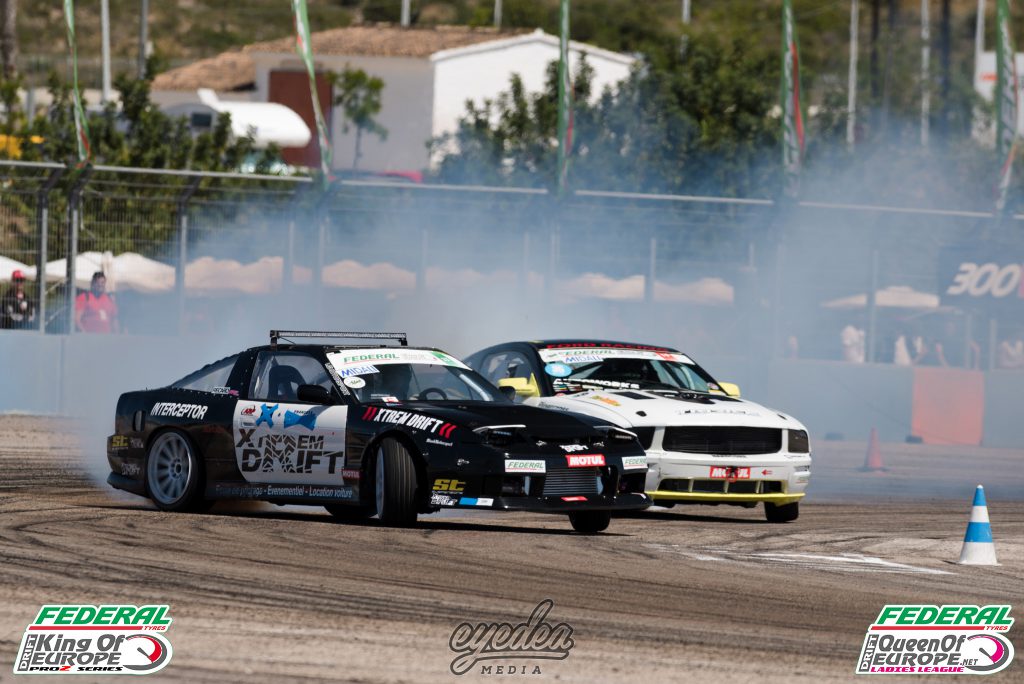 Austrian Brandy Brandner would go up against Swiss driver Rafaele Zanato and it would be Zanato who progressed to face Francois in the final! 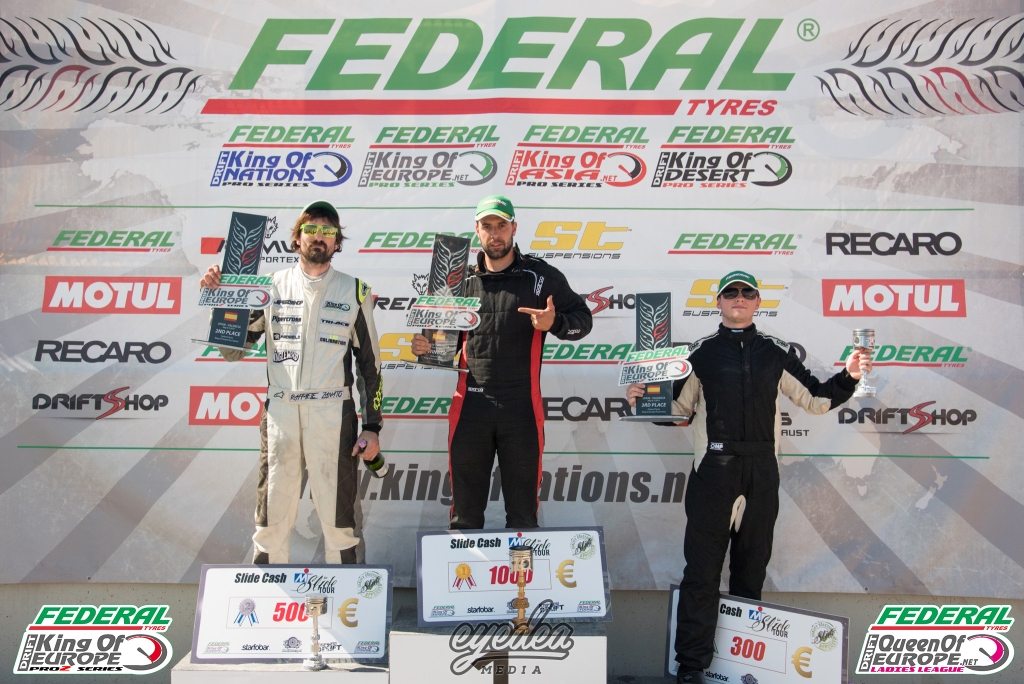 It would be a clear advantage for Austrian Brandy Brandner, fresh off his win at Round 1, who would take third place on the podium. After an extremely close final which ended up going one-more-time, Axel Francois claimed his spot on the top of the podium with Rafaele Zanato in second! 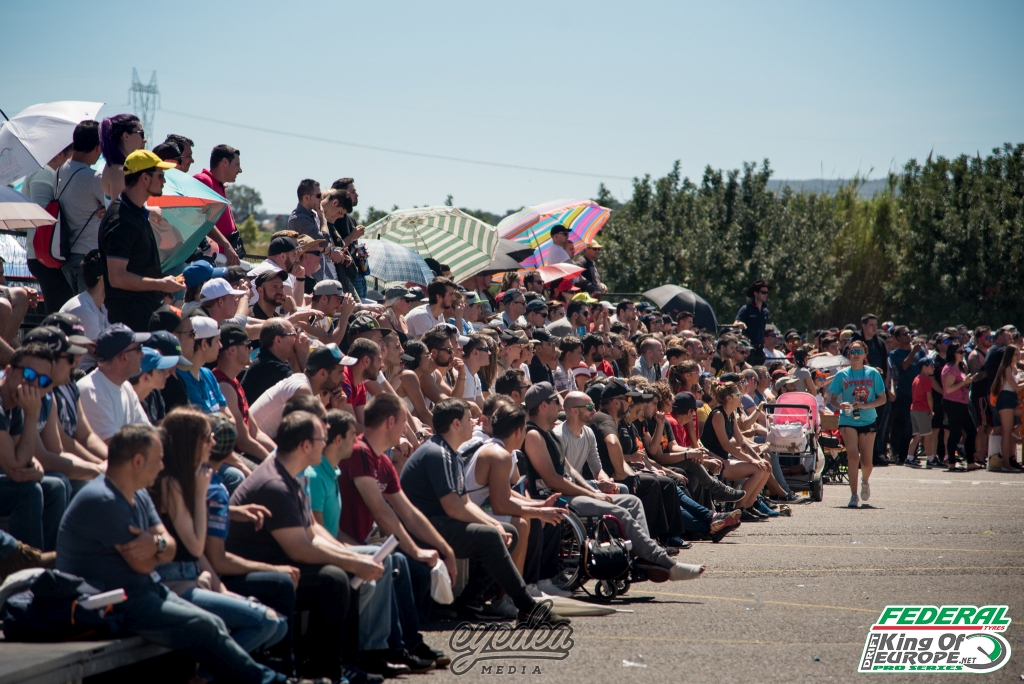 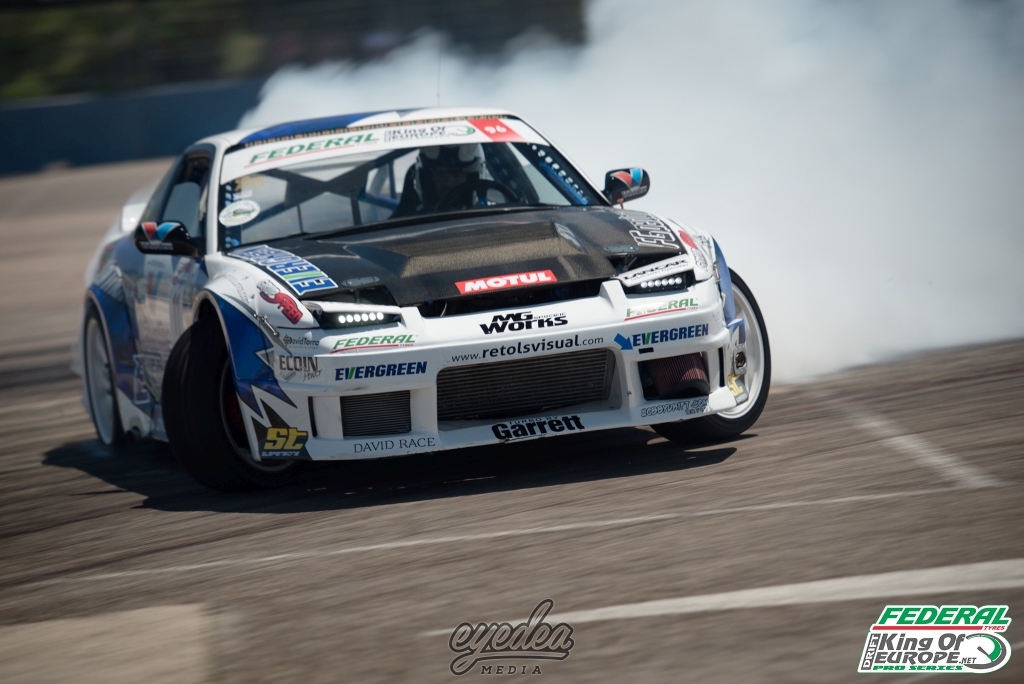 Early upsets would include Joan Caballer after a disappointing weekend for the Spanish Champion saw him exit in the Top 32 battles. Italian drivers Massimo Checchin and Manuel Vacca also narrowly missed out on spots in the Top 8. 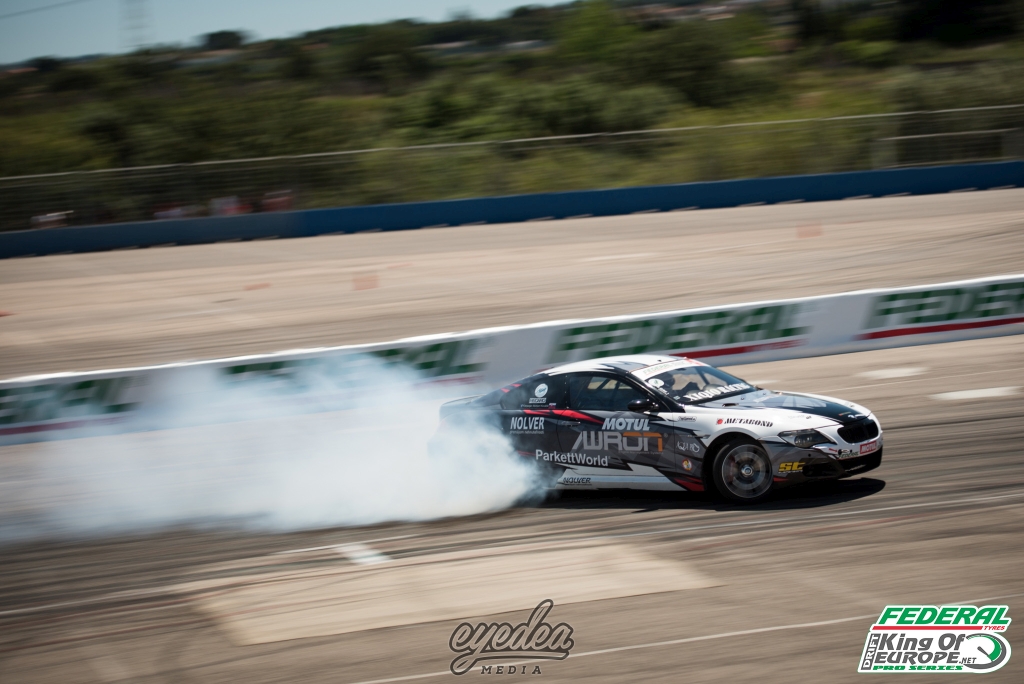 A weekend that Nicolas Maunoir and Norbert Kovacik will be keen to move on from as they plan for Round 3 also saw them both exit in the Top 16 as they were knocked out by the on-fire Driftbrothers. 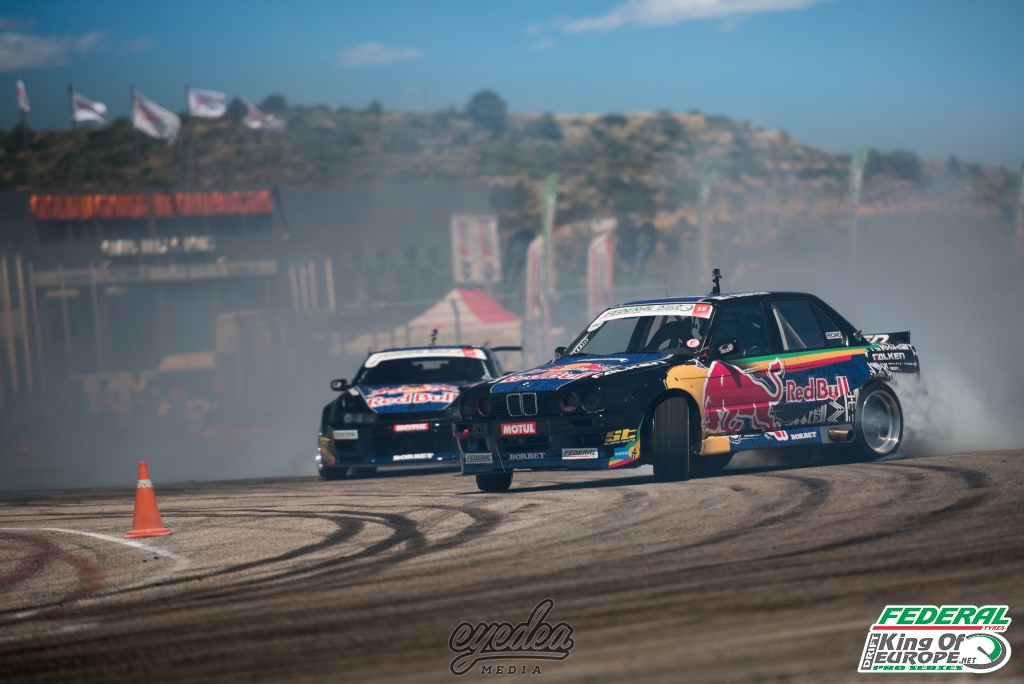 After an all-Driftbrothers final at Round 1, they would meet again, but this time in the Top 8. It was clear that Joe was keen to redeem the points he missed out on last round against Eli as he landed his spot in the semi-finals. 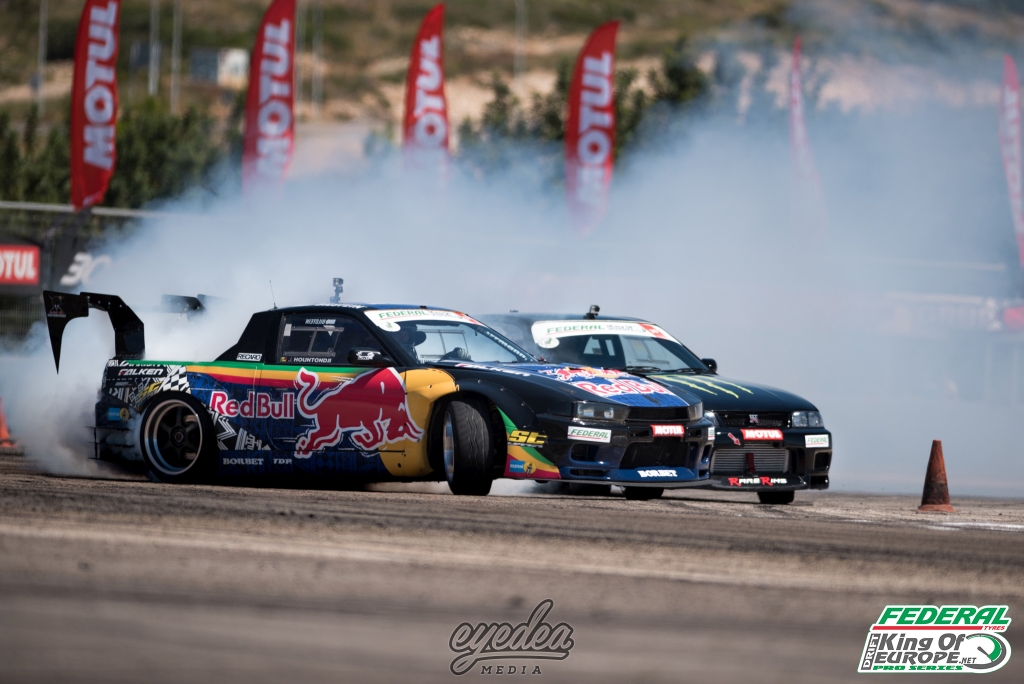 Rick Van Goethem also showed fantastic form and some of the closest chase-runs of the weekend as he found himself face-to-face with Joe Hountondji in the semi-finals. Meanwhile, current King of Nations Champion Nicolas Delorme would face the last remaining Spaniard, Jesus Sanchez. 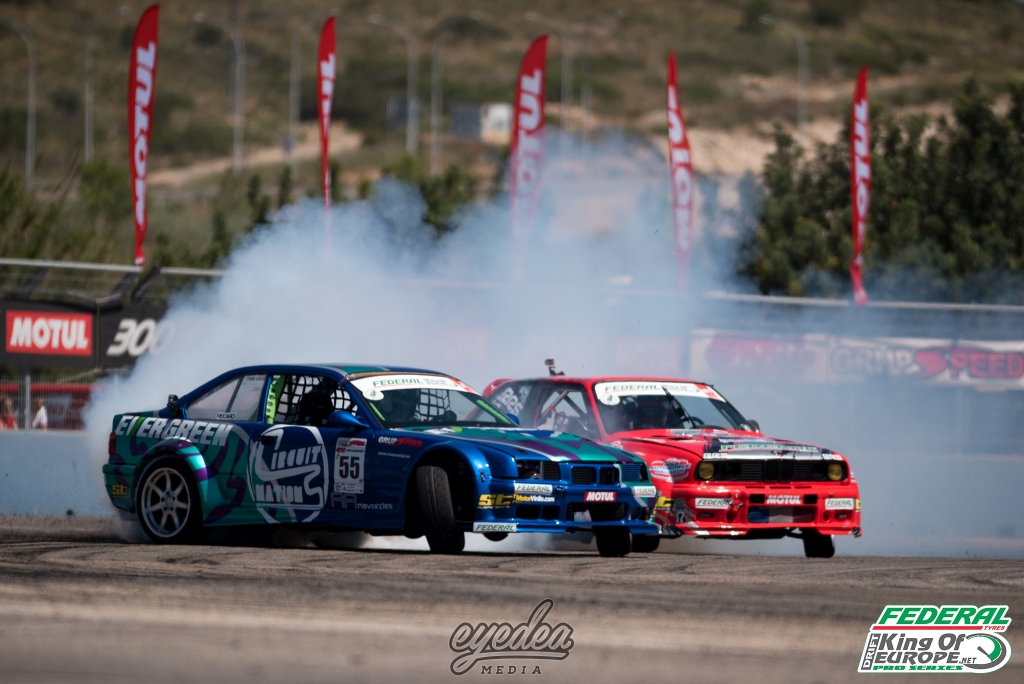 After a narrow win for Delorme, he would secure his spot in the final as Joe also squeezed past Rick Van Goethem. 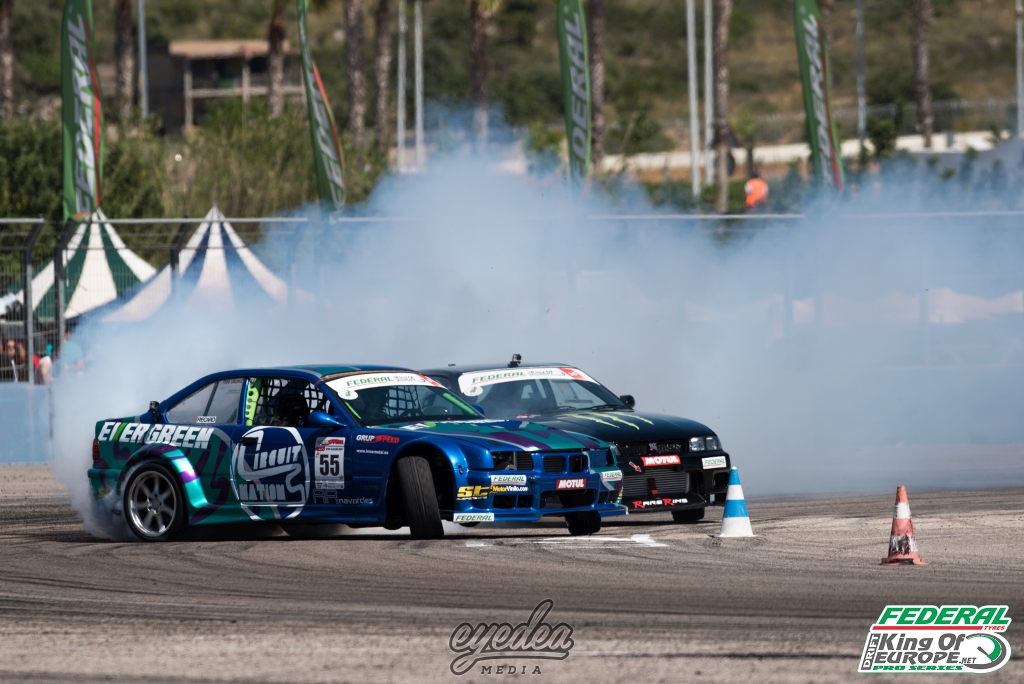 Dutch driver Rick Van Goethem continued to prove that he’s here to fight with the best this season as he took a hard-earned third place spot on the podium – defeating on-form local driver Jesus Sanchez in the small final. 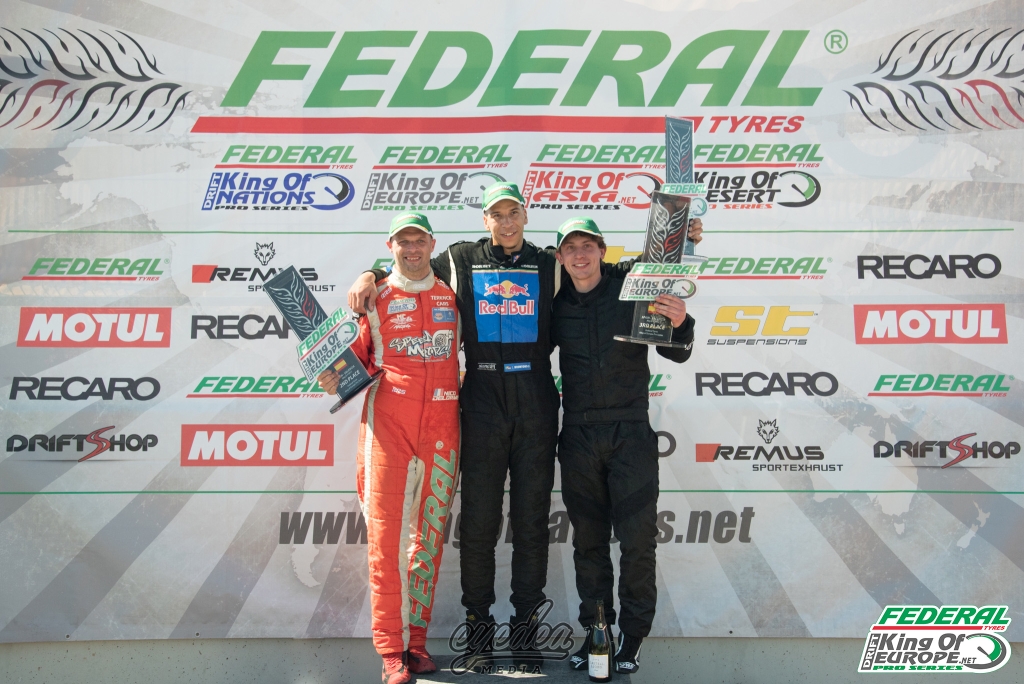 After losing out in the final at Round 1, Joe Hountondji was more desperate than ever to return to the top spot and he did so in fine style after an epic battle in the final against French King of Nations Champion and first place qualifier Nicolas Delorme. This now means that Joe Hountondji takes his place on the top spot of the ProSeries rankings, with fellow Team Driftbrothers driver Eli in second. King of Nations Champion continues his push to fight for the European title in third and Rick Van Goethem’s consistency puts him in fourth.