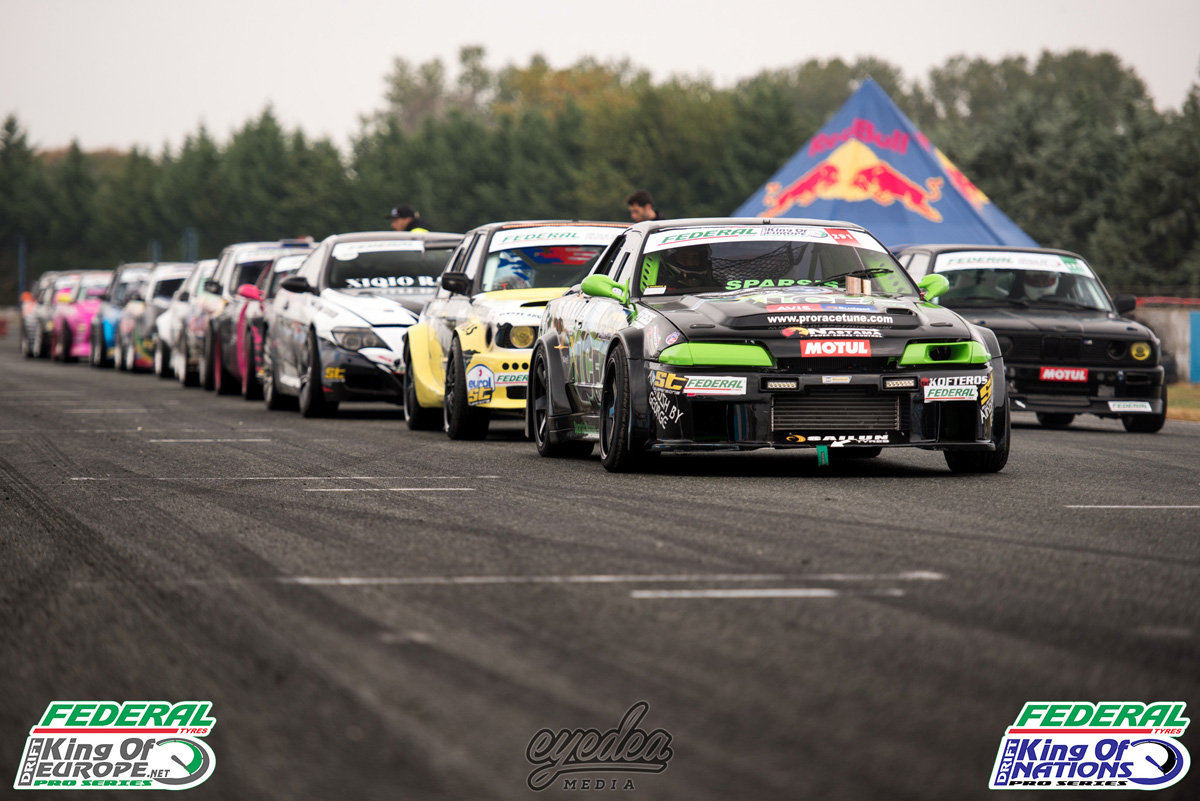 With the most recent drift event on the circuit being King of Europe in 2011, Serres Racing Circuit found this the perfect opportunity to re-open their doors to drifting with both European and international drivers competing from across the world. 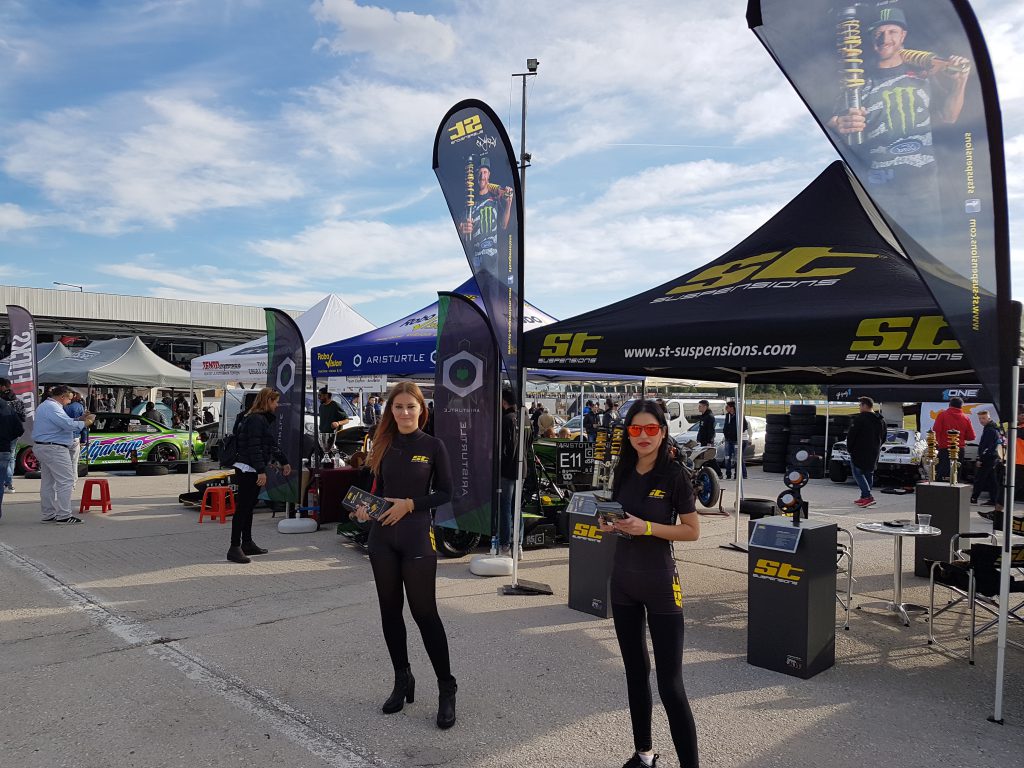 With a brand new layout, it would undoubtedly be one of the fastest we’ve seen to date as the judges pushed the 66 drivers who attended as hard as possible. 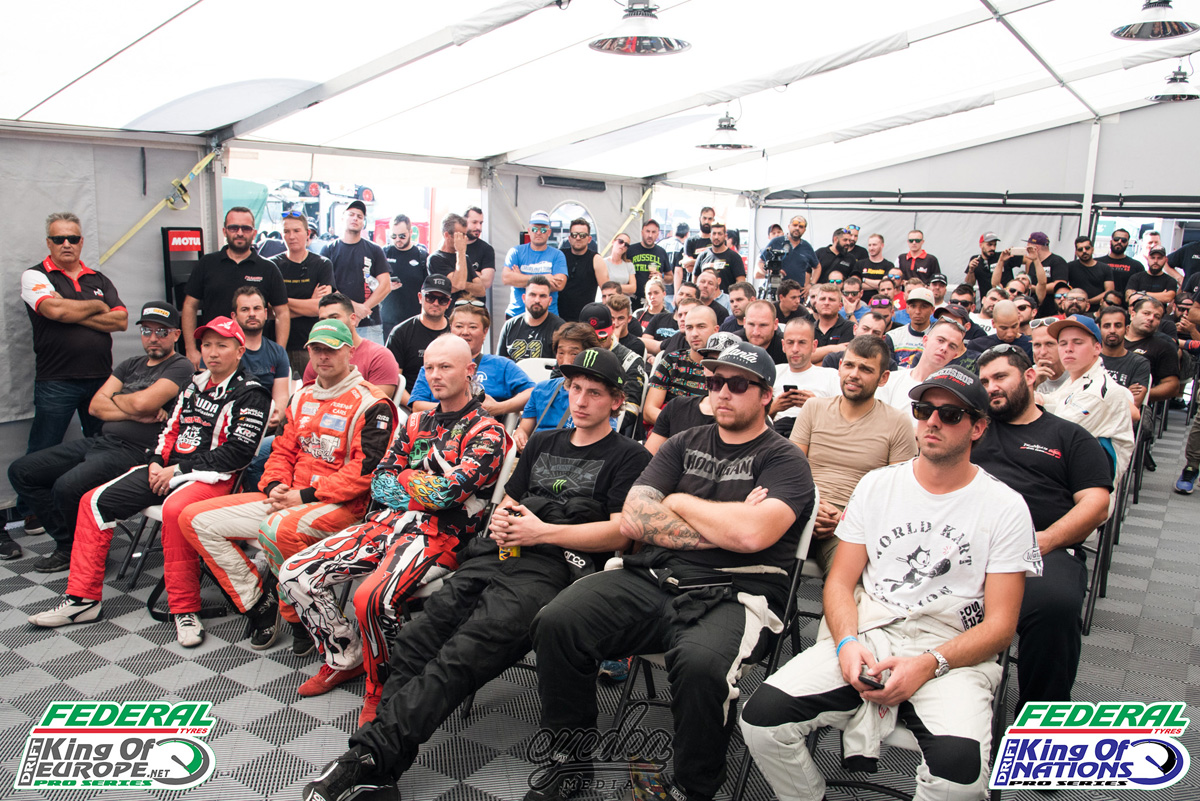 Despite great weather during the Friday practice sessions, it would see unexpected heavy rainfall throughout the Saturday morning practice before the intended qualifying sessions. With the drivers briefed for qualifications, sudden storms would leave the drivers voting to continue or for it to take place in better weather the following day. 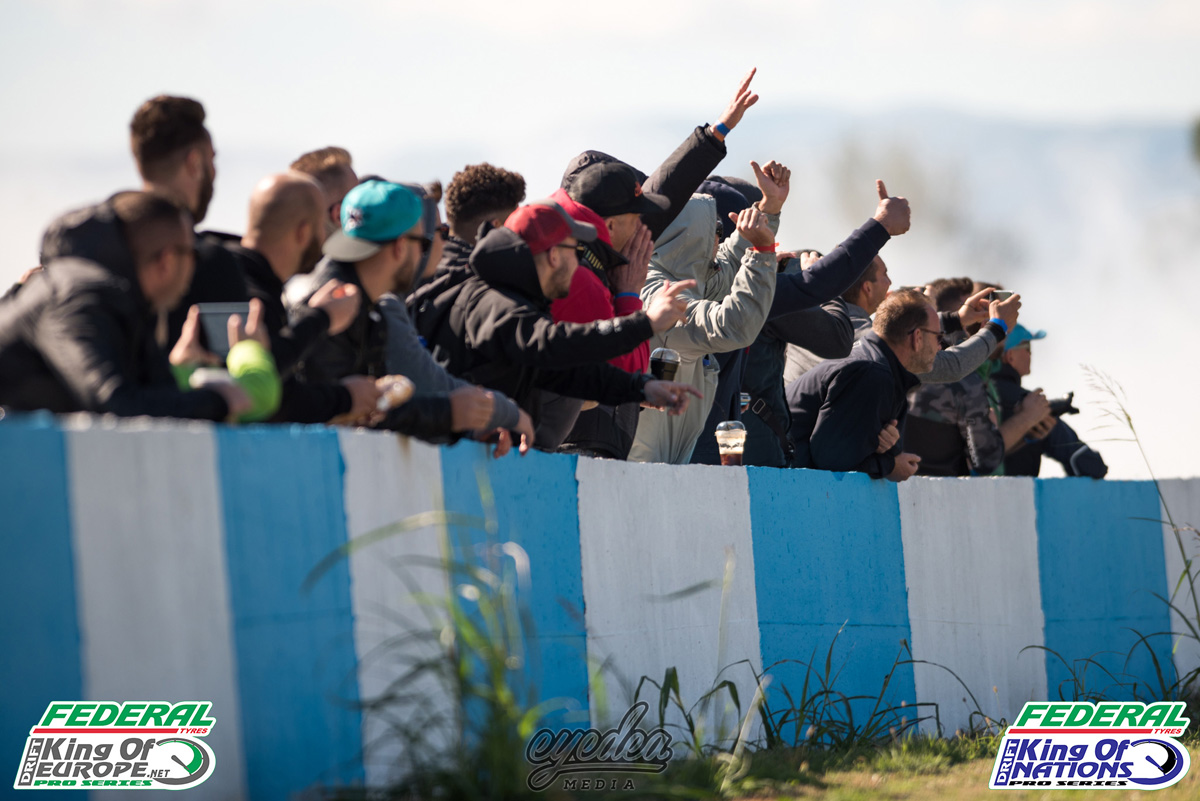 After a majority vote for the following day taking place, it would mean first thing on Sunday morning would now be the time for both the Pro and Pro2 series. Despite a chilly and windy start to the day, the dry surface made it substantially easier for the drivers after yesterday’s downpours. 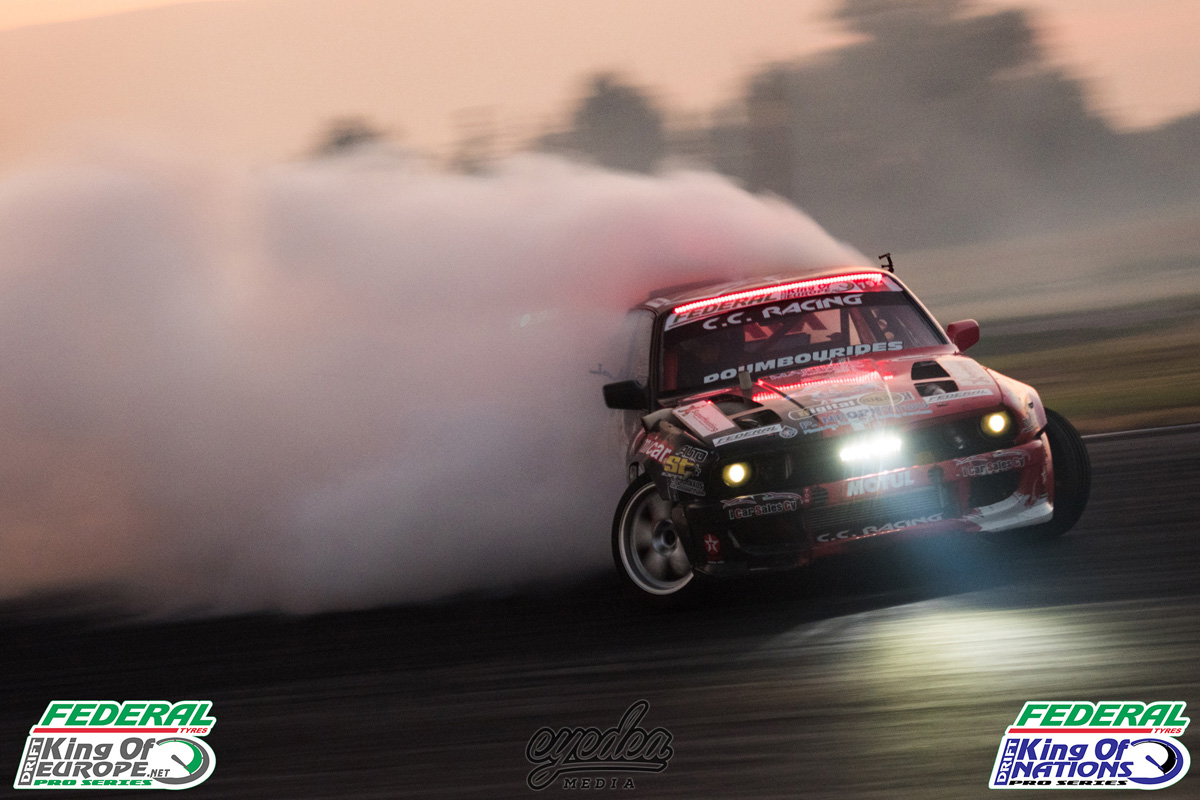 During qualification, the local drivers stunned the International visitors by clinching the majority of the top spots. First place would go to Cypriot driver George Xristoforou, not only claiming the top ranking but also highest attack speed at an impressive 165km/h, with an average speed of 110 throughout the high-speed circuit. 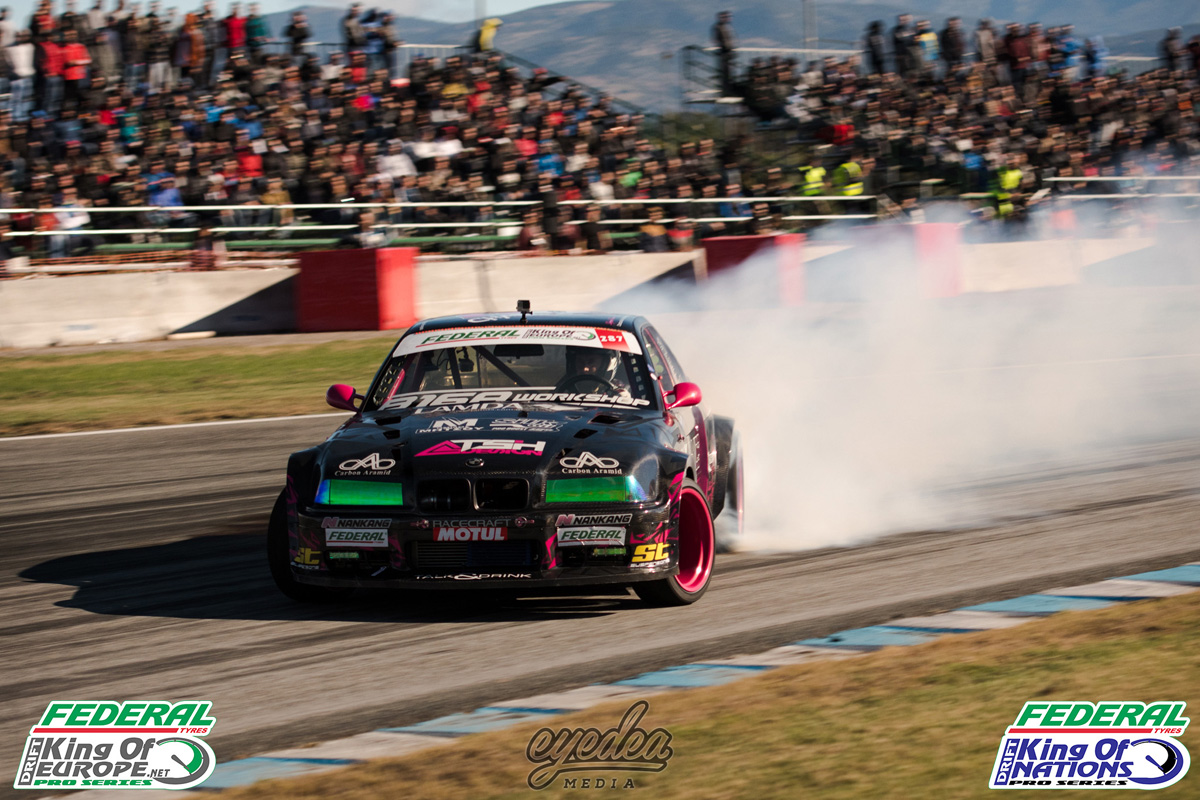 Second place went to Greek driver Christos Chantzaras and third place went to Elias Hountondji who was fighting against team-mate and brother Joe for the series title. Ex-King of Europe judge Stathis Papargiropoulos marked an impressive return to the driving seat as he landed 4th place in his brand new Toyota AE86 build. 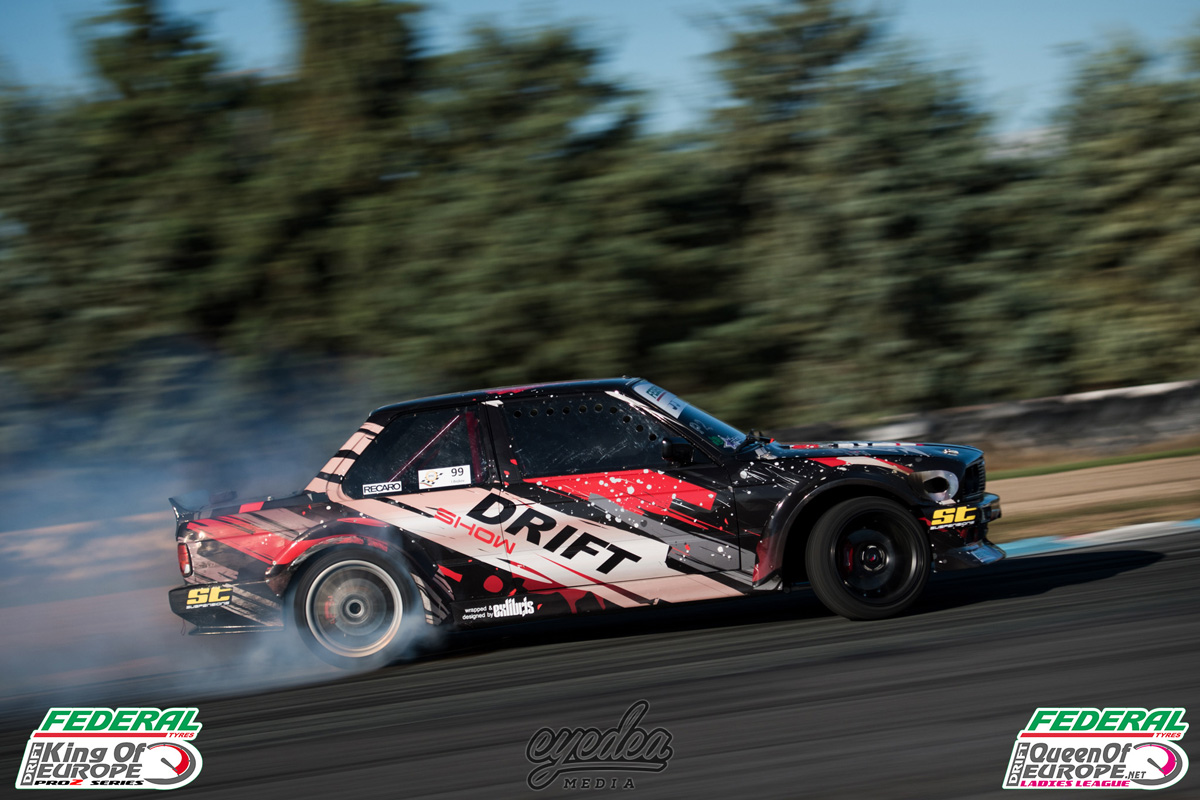 Ivan Ivanov landed the top qualification spot in the Pro2 exhibition match with Antonis Asmanidis in second and Milos Djordjevic in third. 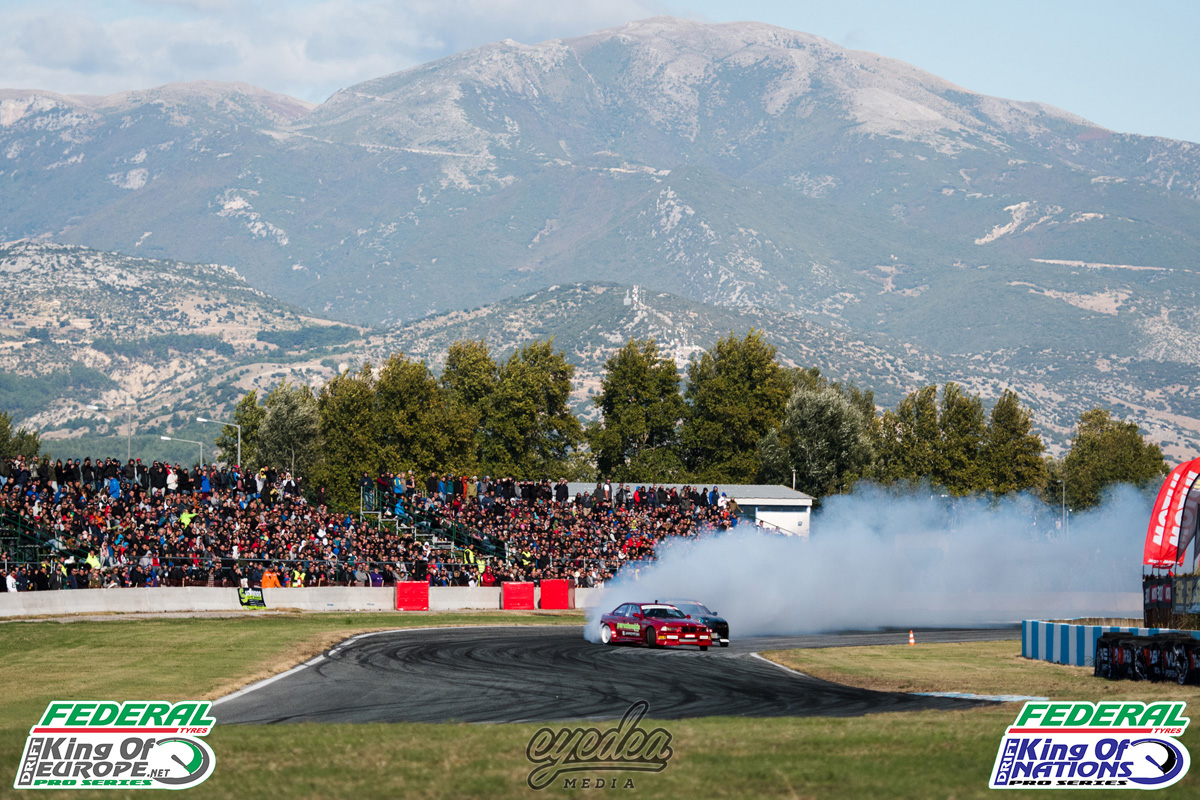 As the battles commenced in the afternoon it would not only see quite possibly the biggest crowd of the season turn up to witness the action, but also an impressive 200,000 viewers tune in for our online livestream which was beamed across the world via Facebook. 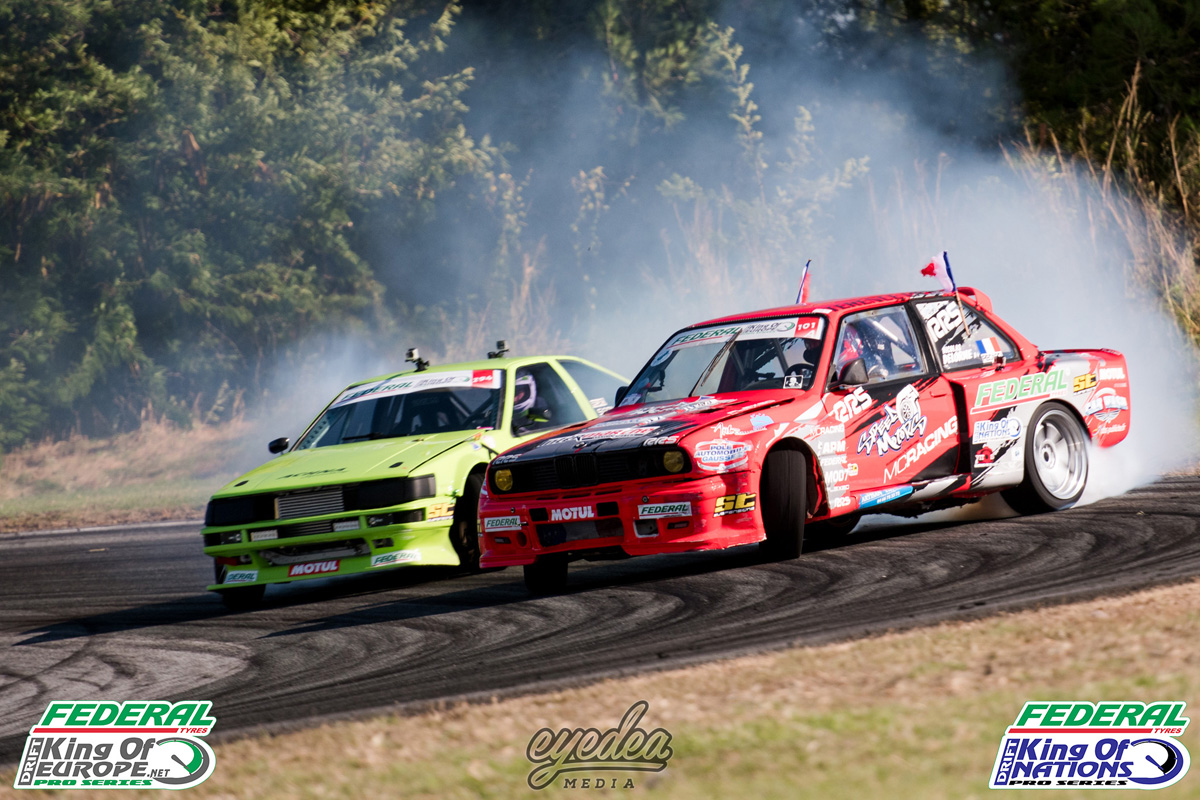 In quite possibly the most challenging Top 32 of the season, huge names dropped out in the opening stages such as the 2016 King of Nations champion Nicolas Delorme who went out to 15-year old Stavros Grillis. Japanese driver Hirohide Tanaka would also fall victim to Anastasios Harkas while ex-judge Stathis Papagiropoulous sent Kuwaiti Nasser Al-Mutairi home early. It would also be a disappointing ending to an impressive season from Massimo Checchin as he bowed out to Calin Ciortan. Meanwhile, Pavlin Penev would also score a shock victory to end Manuel Vacca’s weekend in his Pro Series debut. 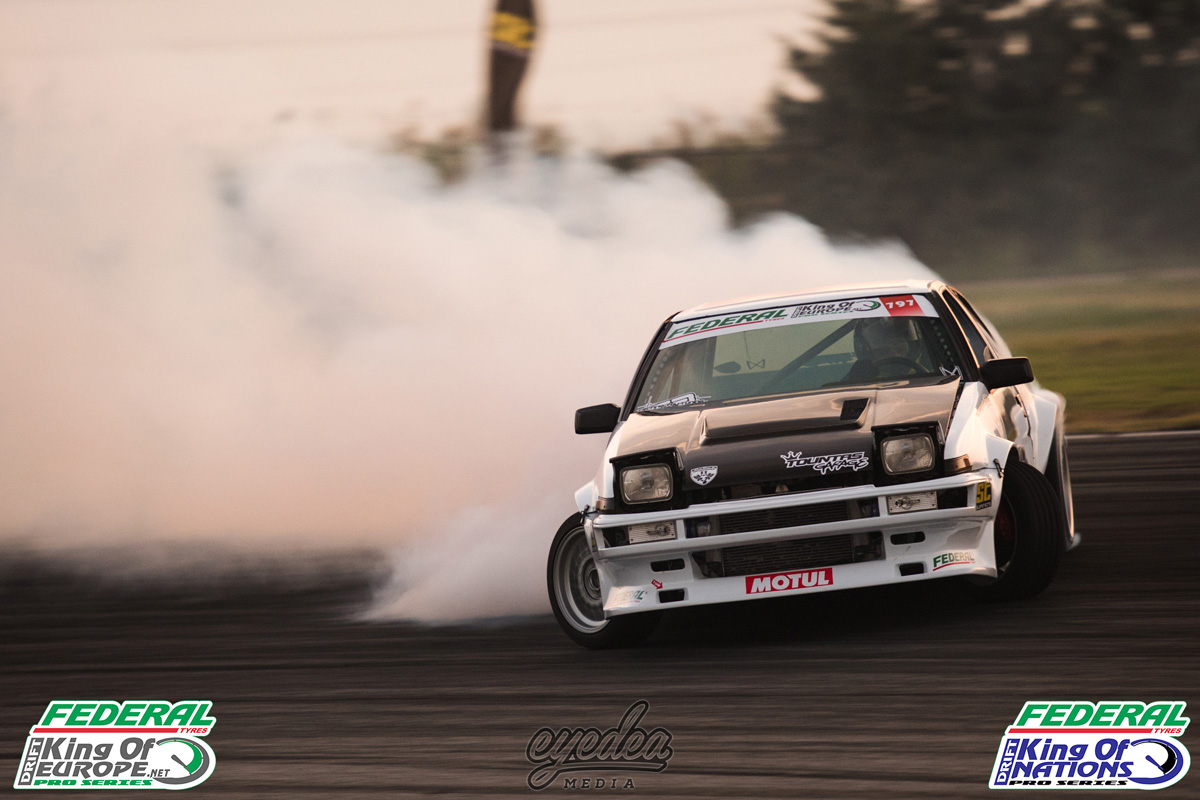 As the competition progressed, an intense one-more-time battle between Stathis and Ciortan saw Calin take the upper edge to land his spot in the Top 8. Marko Zakouril also made no mistake against Pavlin Penev and Eli Hountondji breezed past Norbert Kovacik. Luke Fink’s unlucky season continued as he fought for the top spot but a tyre issue meant that he was unable to complete his lap despite an initial 8-2 advantage against Roman Kolesar. 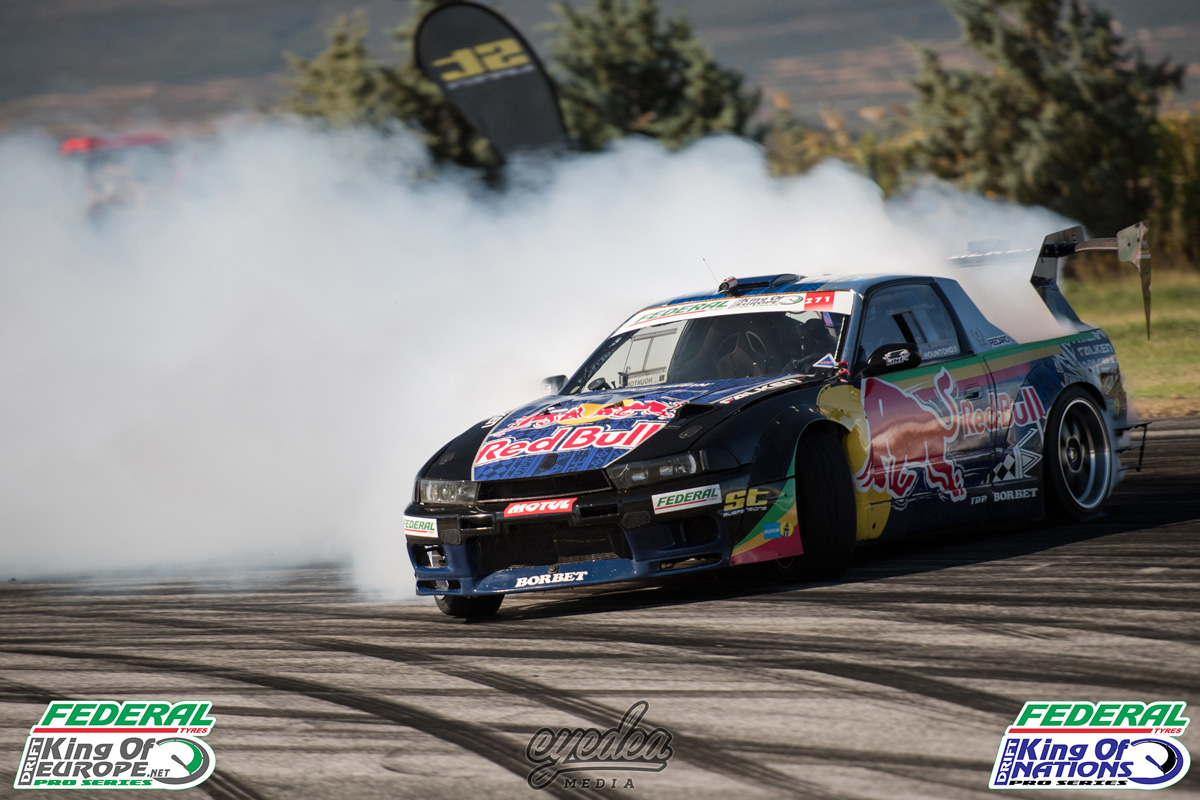 In one of the most thrilling Top 8’s we’ve ever witnessed, series leader Joe Hountondji’s weekend came to an unexpected ending against top qualifier Xristoforou leaving brother Eli to potentially grab the title at the final hurdle. Calin Ciortan also impressed against Nicolas Maunoir to seal his spot in the semi’s while Maunoir was left hoping he’d done enough to clinch an overall podium spot. 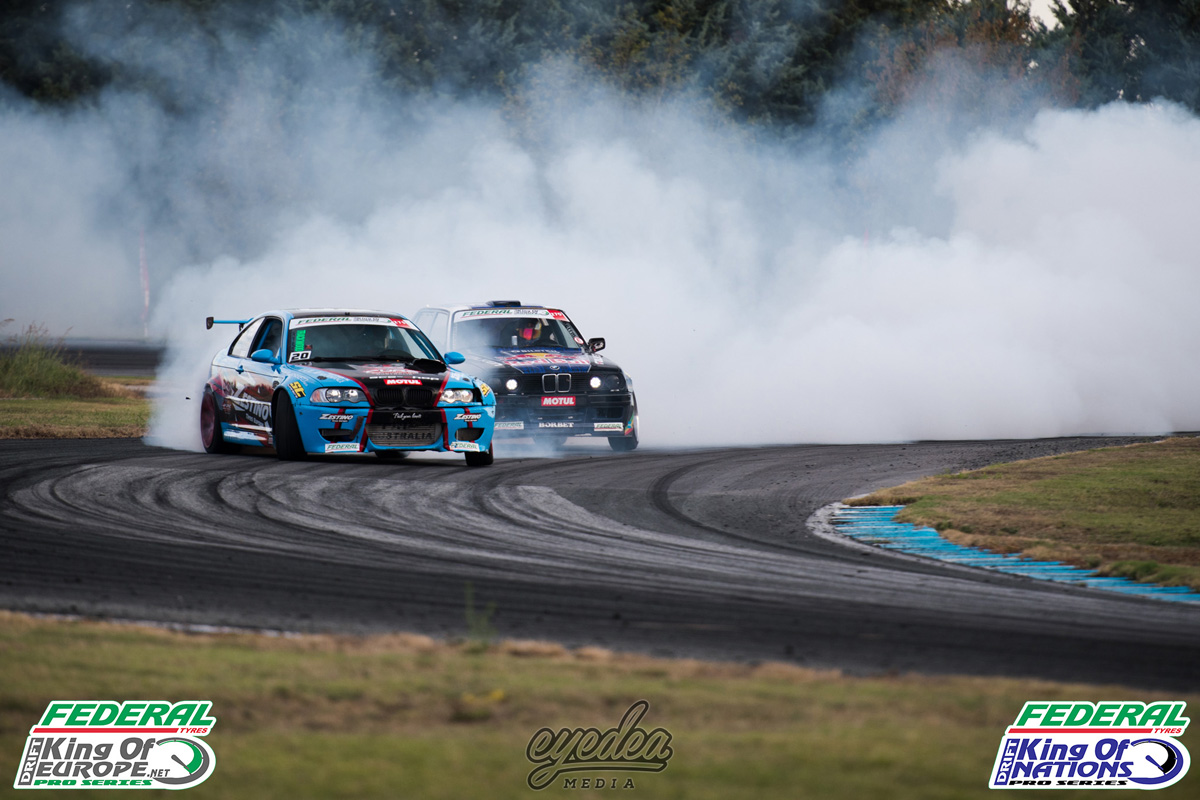 As Eli went up against Kolesar there were mistakes from both drivers with the pressure on knowing that Joe Hountondji was out, both drivers were left with 10-0’s in the battles to force a re-run. Eli eventually stayed focused and squeezed his way into the semi’s in the fight for glory. 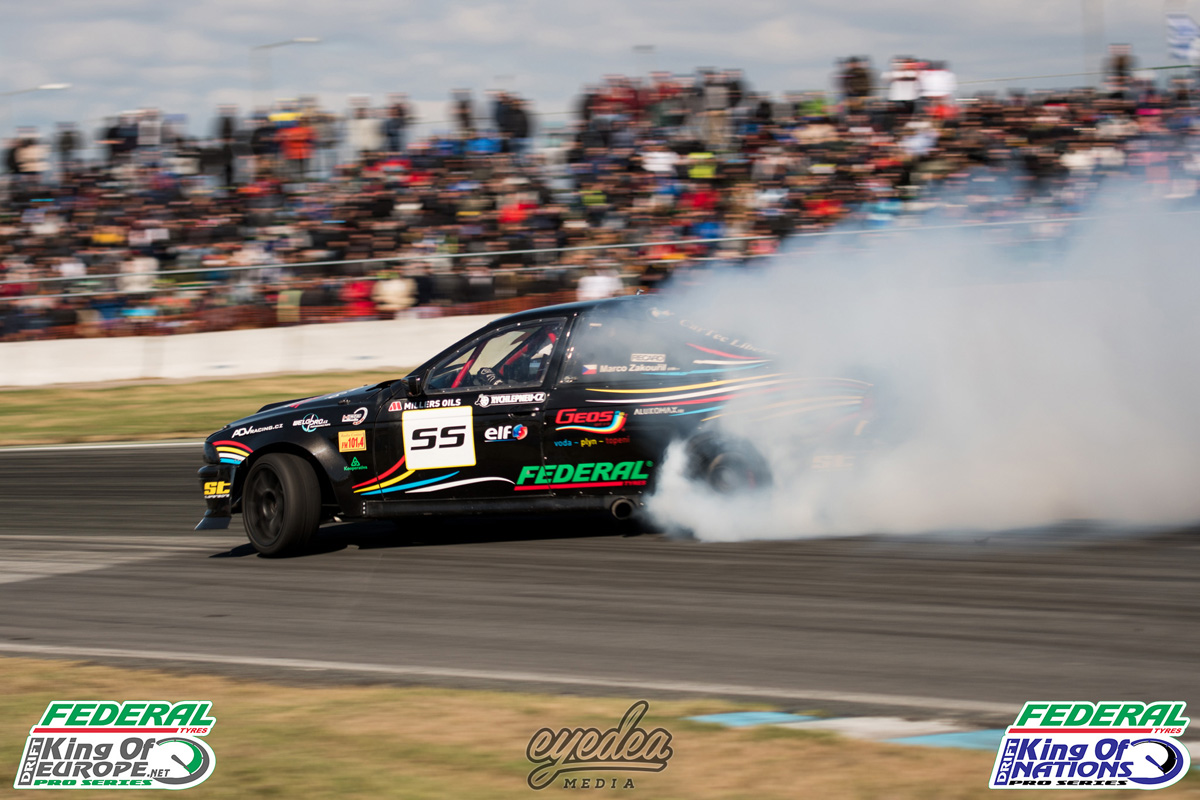 After Marko Zakouril had been pouring smoke throughout the insanely high-speed layout throughout the weekend, struggling to get 2 laps per a set of tyres, Christos Chantzaras ultimately killed his tyre-killing spree as he secured the semi-final spot. 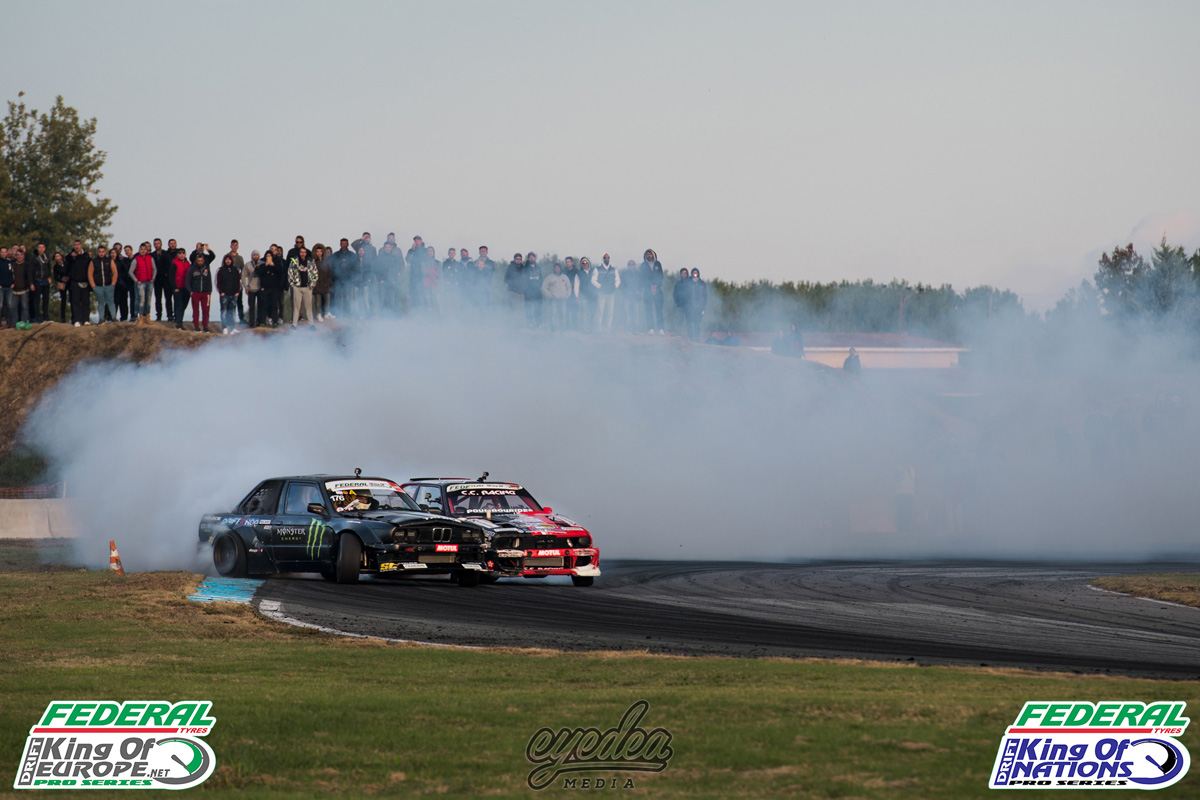 In the semi’s, Calin faced top qualifier Xristoforou and despite an 8-2 advantage to Xristoforou in the opening run, Calin managed to claw back a 10-0 in the second to seal his place in the final! If Eli Hountondji made it all the way in his battle he would be crowned Champion, but Chantzaras was determined to make sure that didn’t happen and after a 6-4, 5-5 score in Chantzaras’ favour, the title was decided. 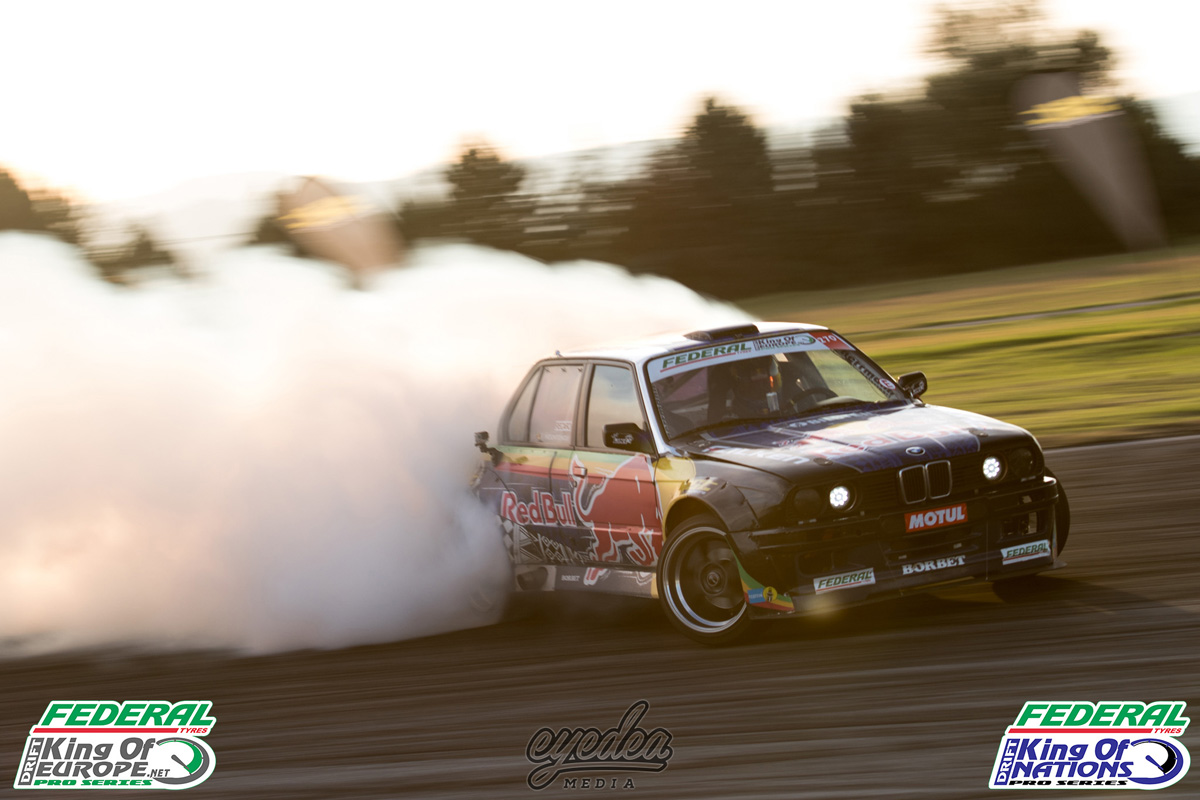 It was far from over in this round though as Eli went on to take the win in the small final to secure the third spot. 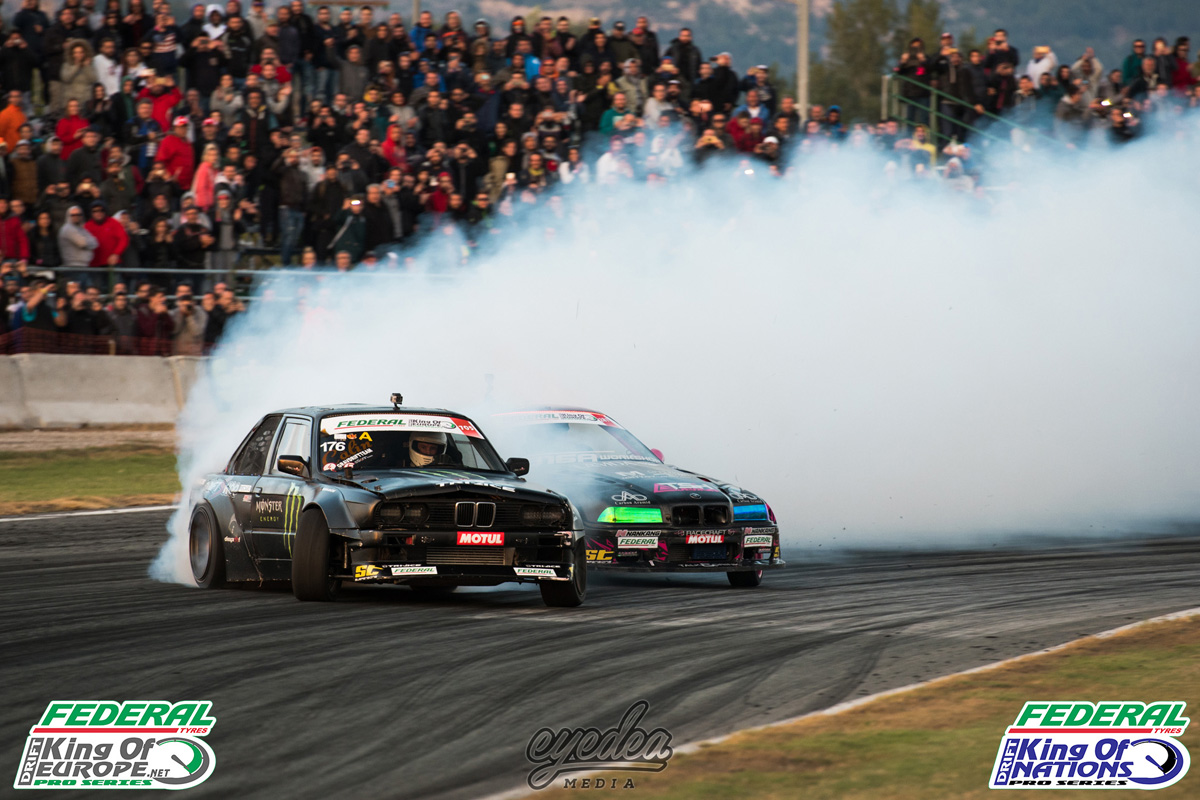 Meanwhile, as the thousands of fans remained on the edge of their seats, an incredible final saw local hero Christos Chantazara’s go all the way to take the win against Calin Ciortan as the crowd roared on the Greek driver! 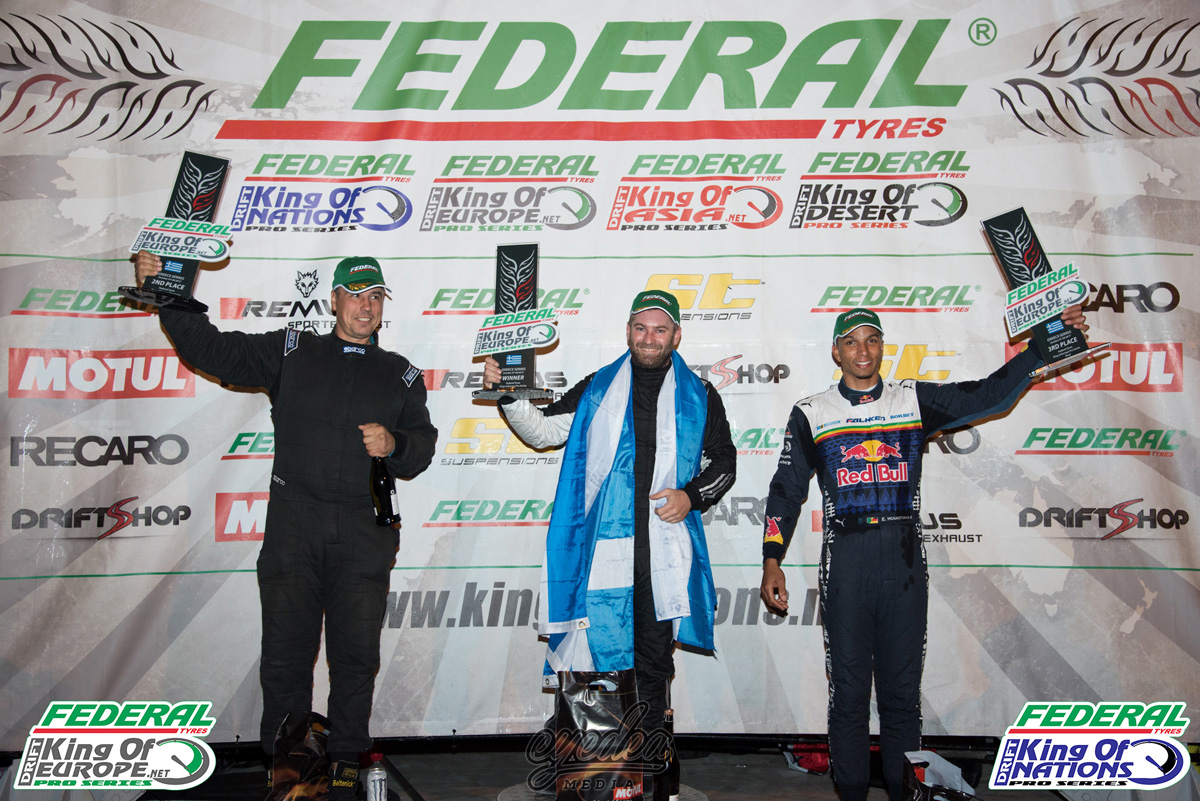 This means that Chantzaras takes the top spot with Calin Ciortan in second and Eli Hountondji in third. 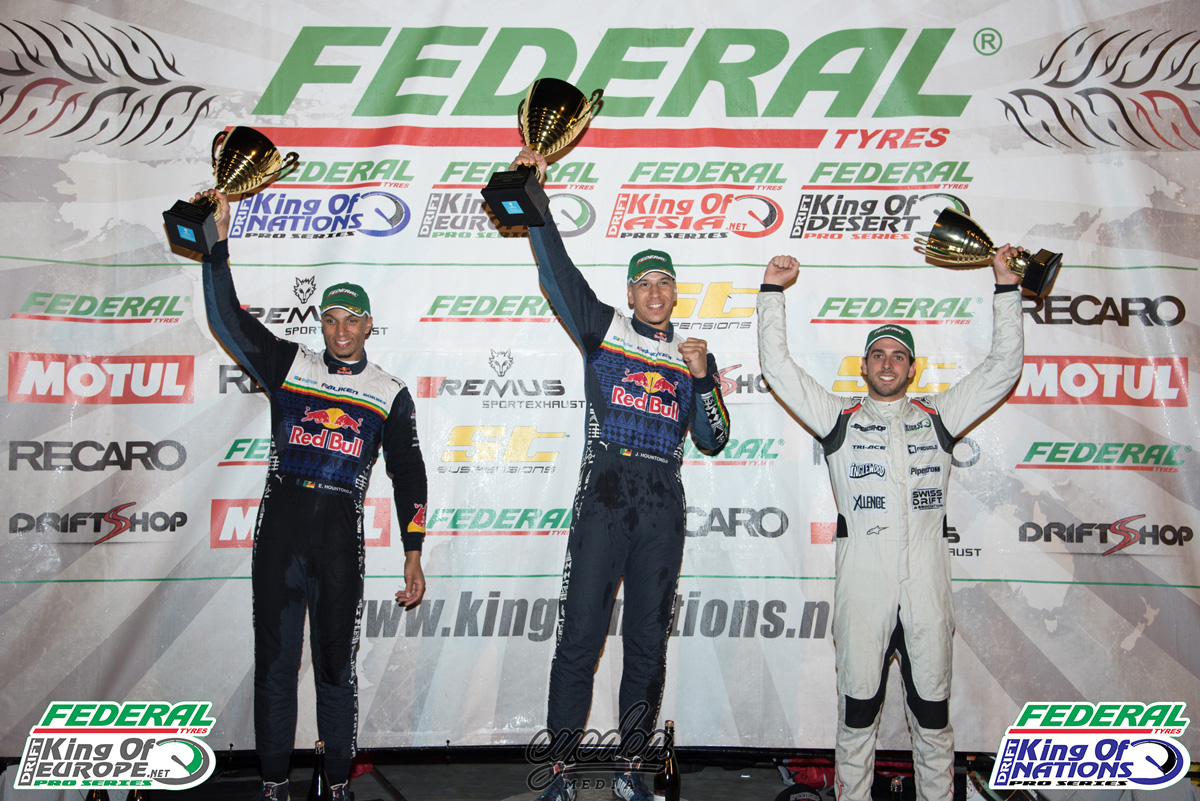 In the overall season rankings, Joe Hountondji takes the win after a nail-biting finish with team-mate and brother Eli Hountonji takes second with Nicolas Maunoir managing to secure the third spot in the final round. 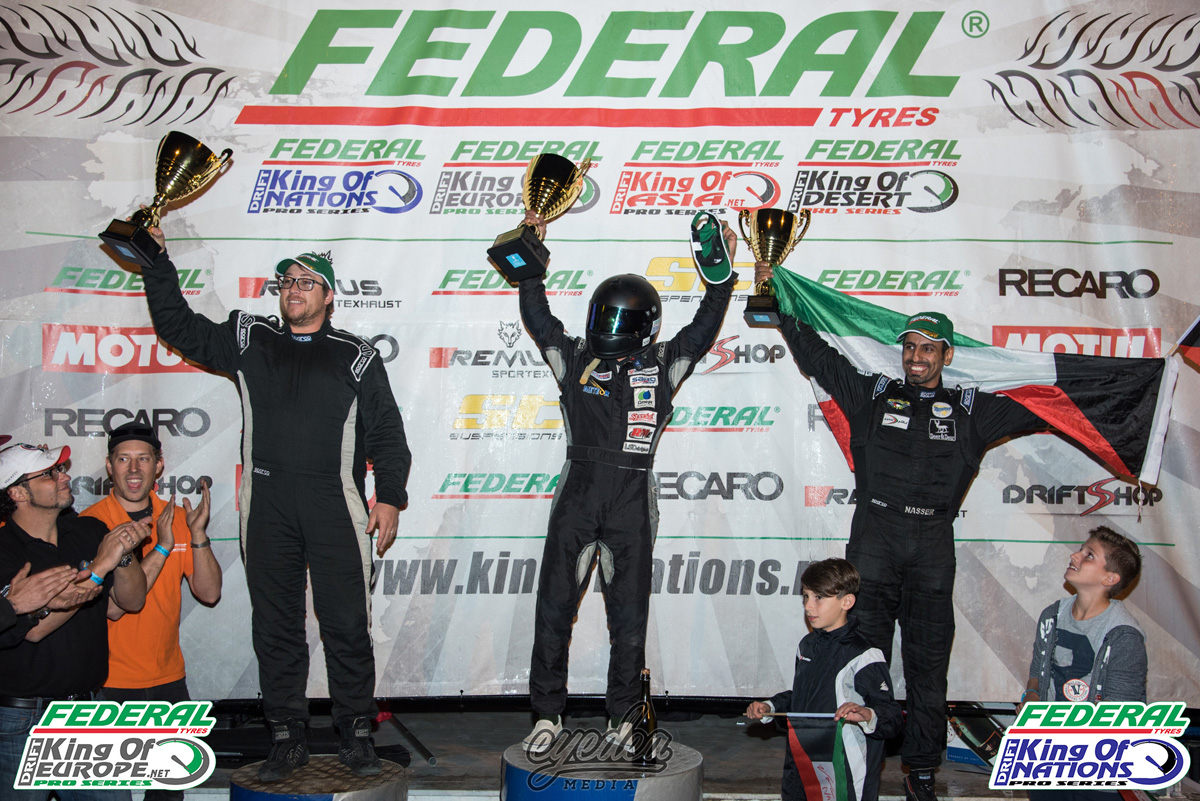 In the King of Nations rankings, Daigo Saito has the winning trophy collected on his behalf while Australian Luke Fink takes second and Kuwaiti Nasser Al-Mutairi in third. 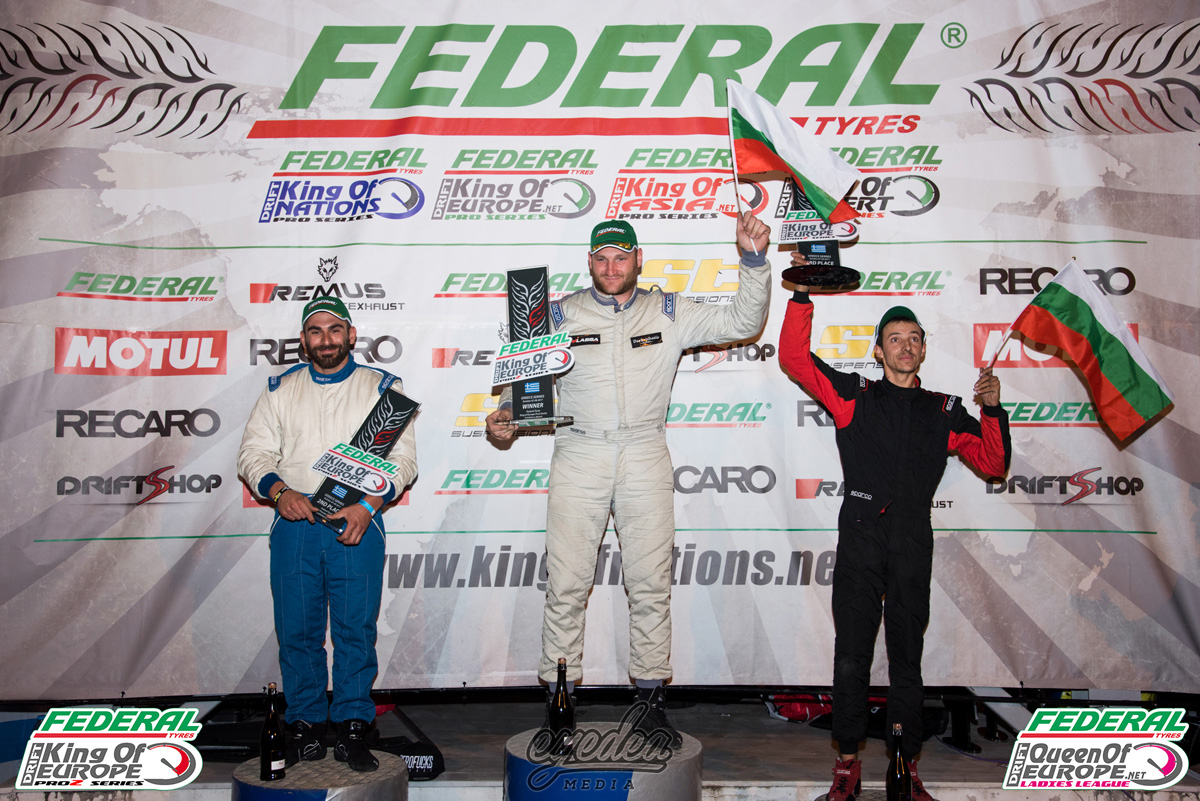 In the Pro2 exhibition, Pavlin Penev once again secures the top spot with Antonis Asmanidis in second and Ivan Ivanov in third. 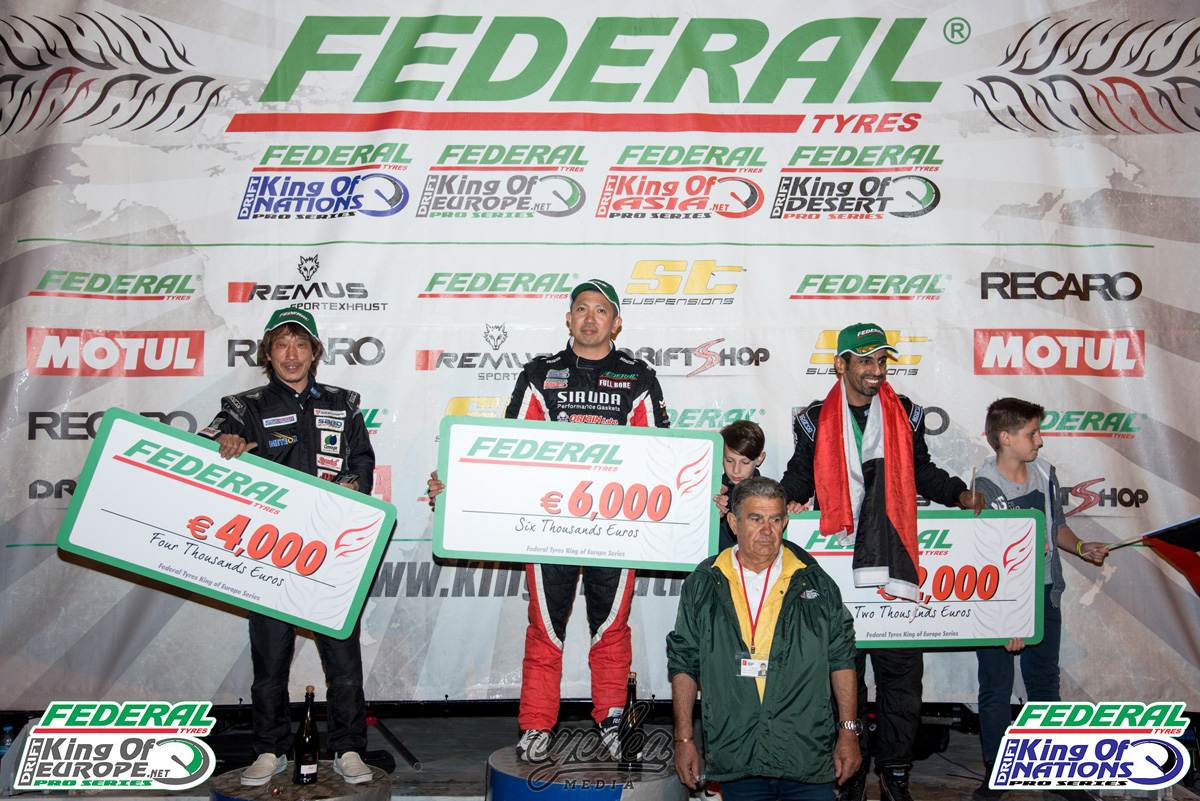 It’s Toni Arakaki who takes the top Federal Tyre prize-money spot of the season as he scoops €6.000 with Hirohide Tanaka taking €4.000 and Nasser Al-Mutairi with €2.000! 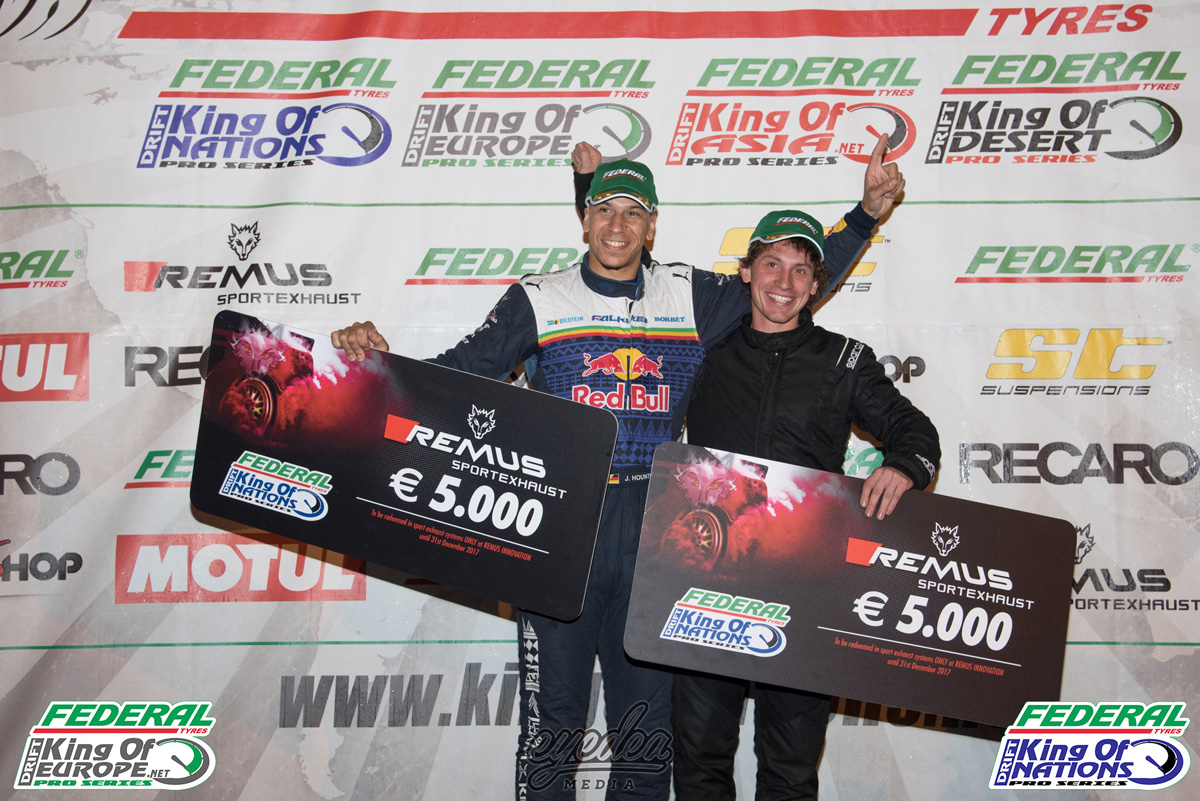 With yet more prize money being awarded, Rick Van Goethem and Joe Hountondji take home the Remus Exhaust prize-money of €5.000 each for being the most competitive drivers of the season. 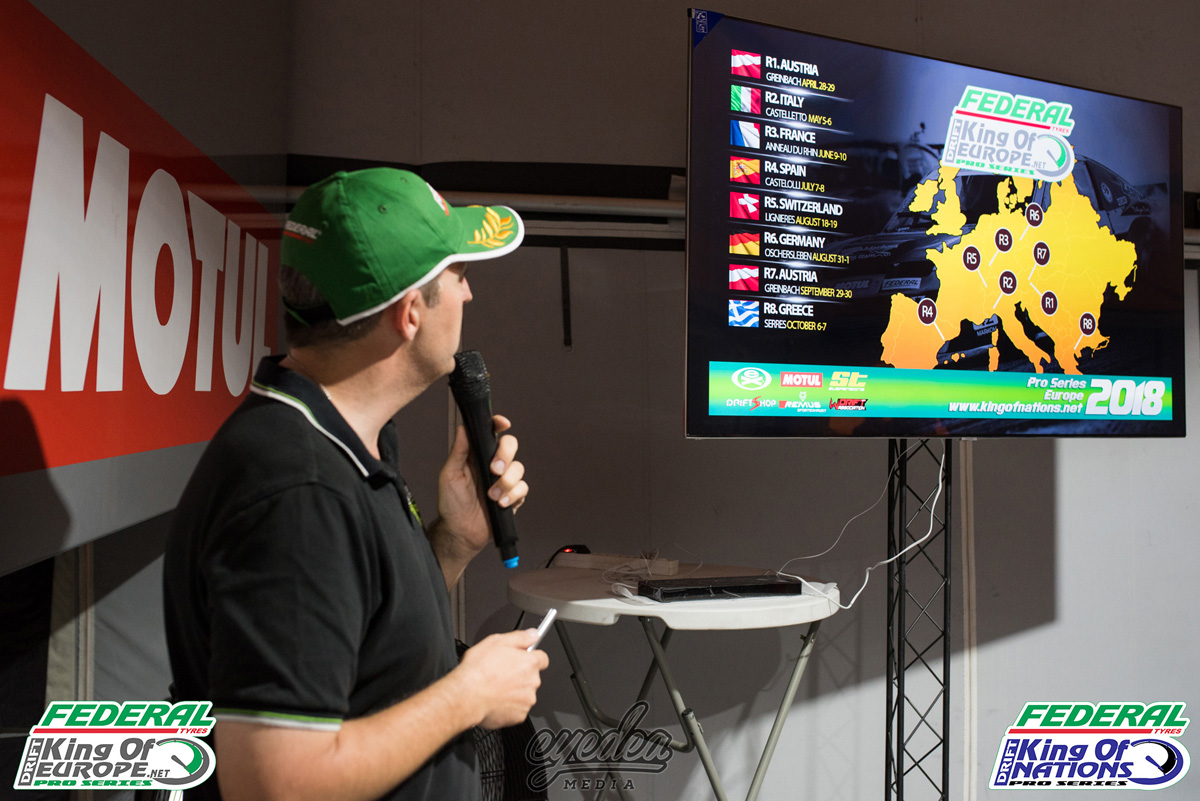 King of Europe would like to thank all of our sponsors, drivers, teams and fans for an amazing 2017 European and Global season. With the announcement of our brand new calendar taking place in the Motul stand over the weekend, we will fight to ensure we have our best year ever in 2018! However, with two exhibition matches to go in Brazil and Australia – the 2017 show still hasn’t quite finished yet!