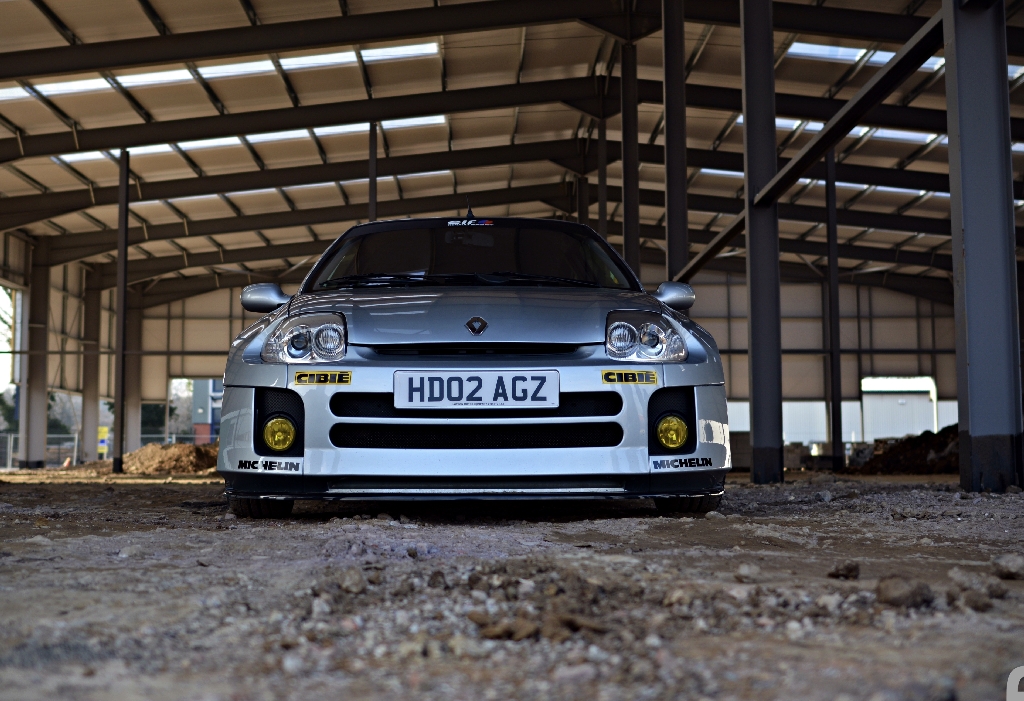 If someone is looking for a Renault Clio V6 R.S. in used car trading, he will hardly find any offered Phase I and Phase II V6. Nobody wants to give away this driving machine.

Maybe you can understand our KW customer Brian Dodd after watching this old YouTube video of Richard Hammond’s review about the Clio V6, why he sold his Mini Cooper S JCW GP and even his BMW M3 CSL (E46) to get the Clio and he was very excited, to have the chance to get a V6 at all! 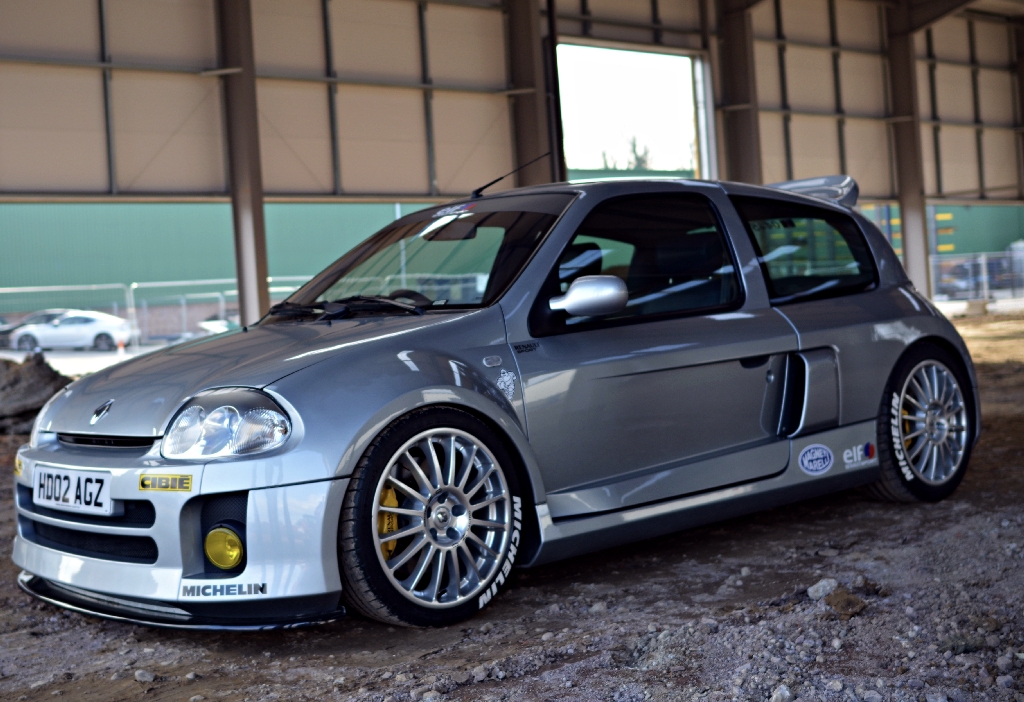 “In 2011 I first thought about the V6 and after I retired last year I eventually bought one, I know that I won´t ever sell the Clio”, says Brian. Why should he? The Clio is simply a driving machine. Without Nanny Systems like ESP, but with a 230 bhp 3,0-liter-V6-middle engine in a 3,83 m short SMALL CAR! “At SG Motorsport I had the car completely checked.” Although it didn’t have many miles the clock, a major service was carried out including changing oil, cam belt and the water pump, and,just to be on the safe side, a new clutch was also fitted whilst the engine was out of the car.

Brian wasn’t really satisfied with the standard equipment, so he ordered a sports steering wheel from Sparco. “Unfortunately the Sparco was only available in black, so I gave it to a saddler who covered it with grey velour.” 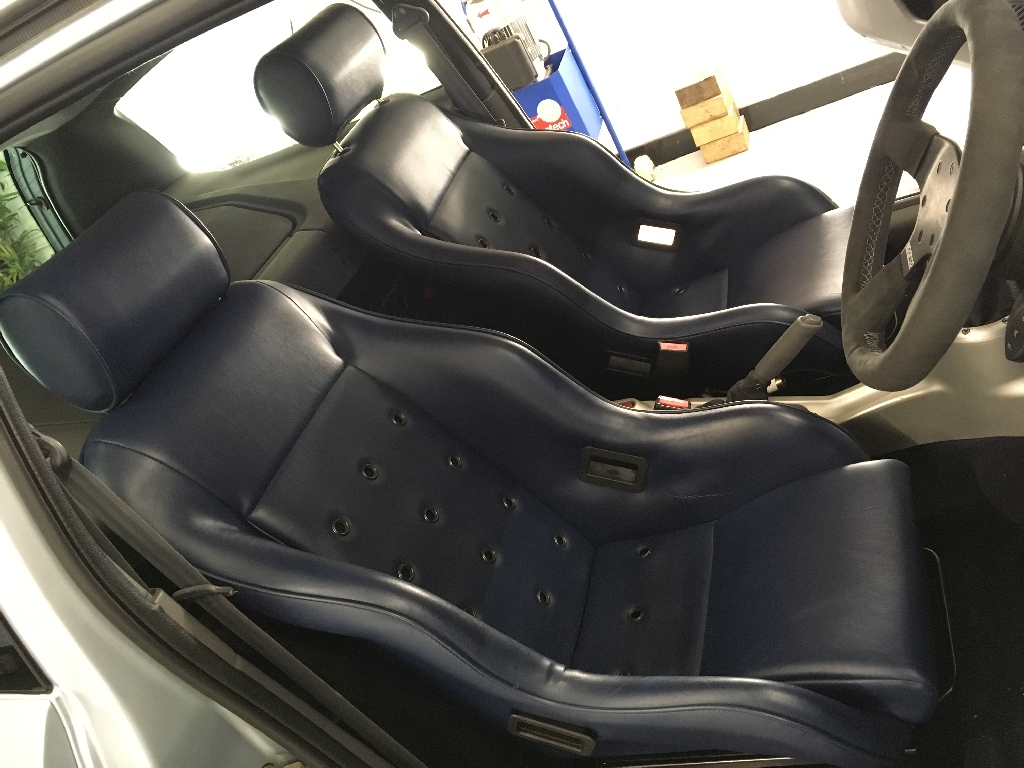 Brian was right; the stock steering wheel back then was really a clunky part. The seats also had to go, because the V6-Clio at that time had the shortcoming, that if one is bigger than Richard Hammond, he would simply sit way too high in the Renault seat. With the Cobra RSR bucket seats, which are mounted on custom made consoles, Brian now sits much lower. 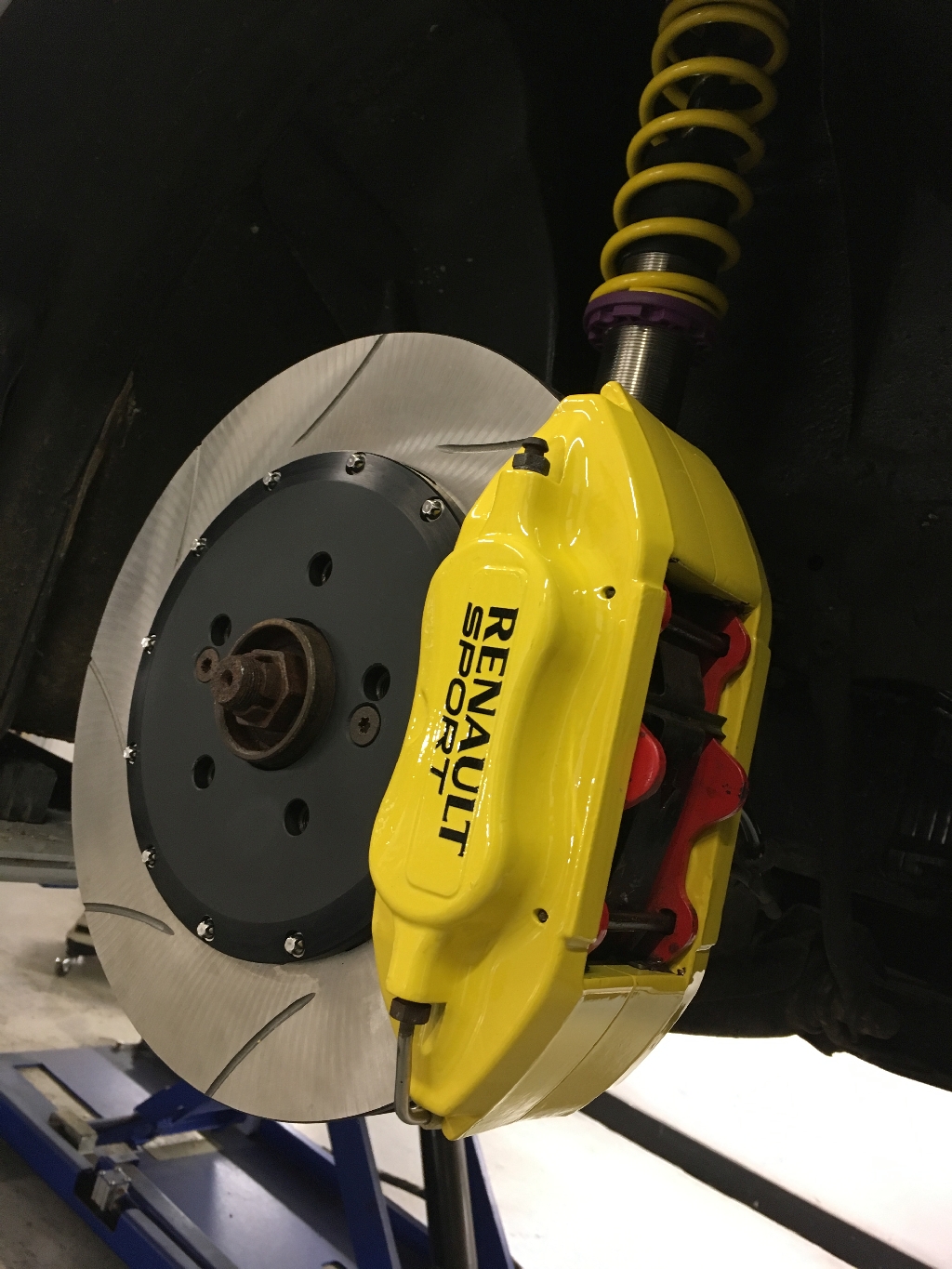 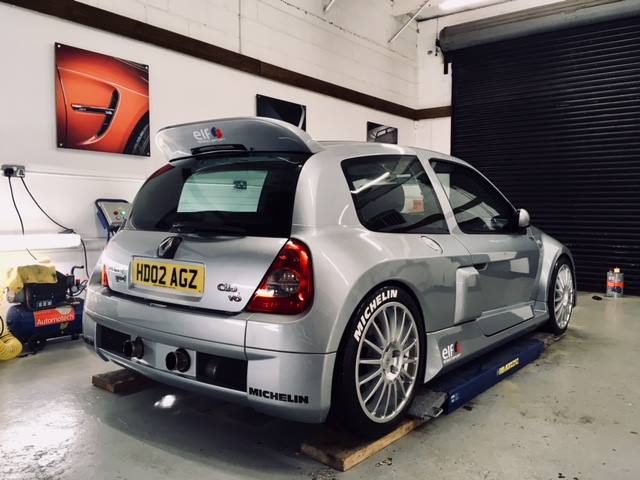 “I already had KW coilover kits in other cars and even a KW Clubsport installed in my Mini and I actually did not have much hope that you would even have a suspension for my Clio”, Brian grins. “The parts supply for the V6 is unfortunately not really great. But you do have a Variant 3 for the Clio V6 in program. Thanks!” While SGMotorsport installed the KW coilover suspension, Brian painted the calipers yellow and replaced the pads and fitted 2 piece front discs. An electrically operated fire extinguisher system and a set of harnesses are also now fitted. 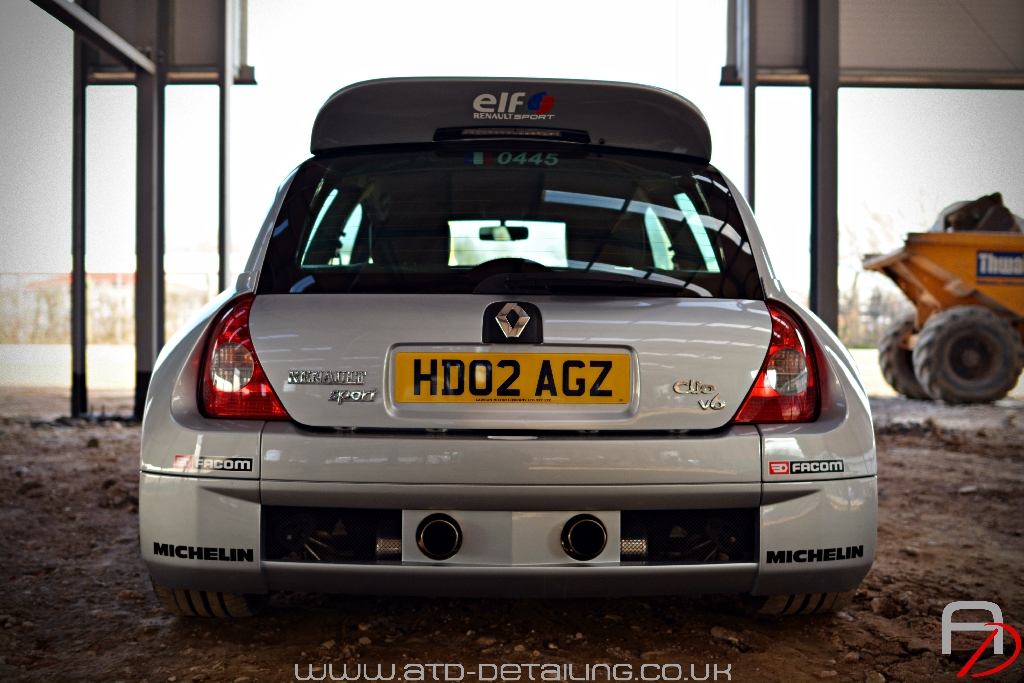 To Brian’s regret, the V6 Trophy rear spoiler is not an original part, so he had to buy a replica. “At least it’s pretty well made”, Brian added.A replica V6 Trophy front splitter has also been fitted and, now, with the combined effect of the spoiler and splitter, the car seems to hug the road. What he still wants to improve is the exhaust system. “My installed Quicksilver system does not sound bad, but there might get something more.” 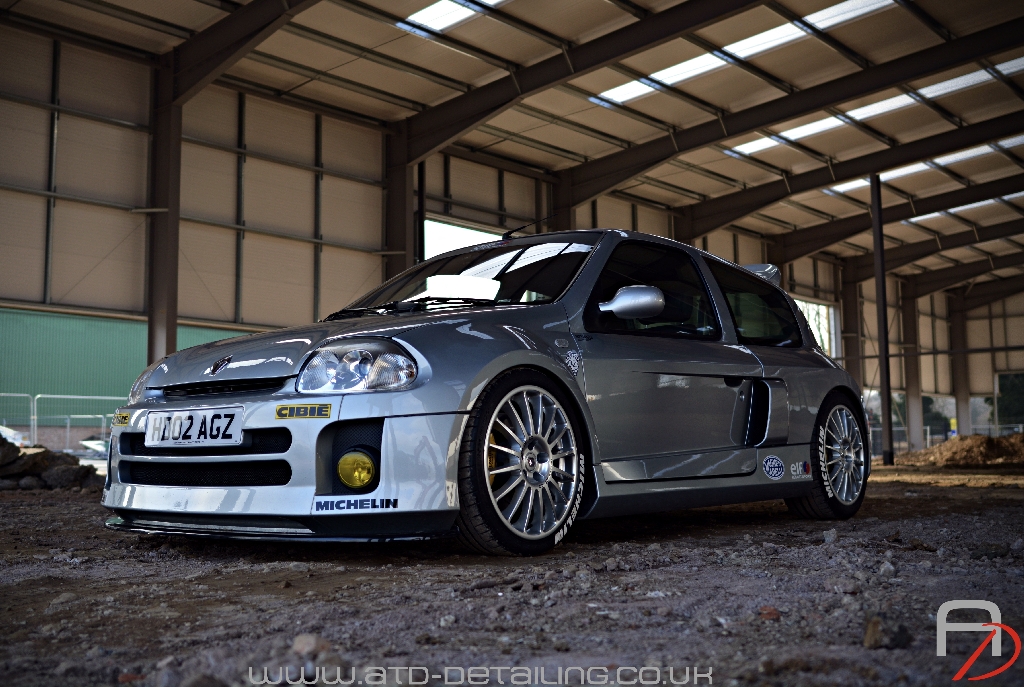 And how does the small driving machine actually drive with our coilover suspension? “What can I say? I’m wondering that Renault wasn´t able to get the car that way from factory. Your suspension avoids any pitching and rolling movements at the Clio and now the Renault is much more sure-footed through bends – on dry surfaces for sure! It’s unbelievable how the car with its mid-engine and weight distribution of 40:60 is driving on the road. Although I have changed to 18-inch original wheels from the Clio Phase II V6, my Renault with the Variant 3 is even a bit more comfortable than with the standard suspension. The Michelin Pilot Supersport in 205/40 and 245/40-18 stick even better with the V3. On wet surfaces it gets exciting, but it is just an uncompromising sports car.”

If you would like to see how we build a KW coilover suspension, just click on the YouTube video above, where KW founder Klaus Wohlfarth tells a bit about the “why”.

Porsche sets new lap record on the Nordschleife with 6:43.300 minutes

With the Tesla Model 3 to the Race to the Clouds: First Practice for the Pikes Peak International Hill Climb

German Engineering for a Bella Macchina: Novitec and KW Suspension components developed for the Ferrari 812 GTS