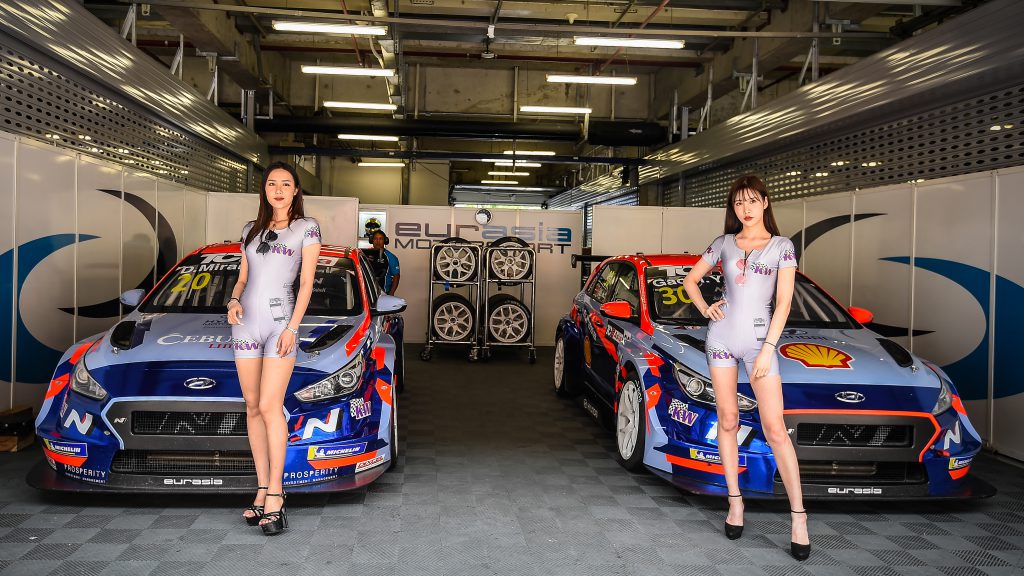 Daniel Lloyd took a dominant victory in the TCR Asia/TCR China first race at Shanghai International Circuit. The reigning TCR UK champion drove his Honda Civic into the lead, overtaking his teammate and pole sitter Martin Xie halfway through the ten-lap race. He then pulled away and won with a margin of four seconds over Luca Engstler who was the winner of the TCR Asia race. 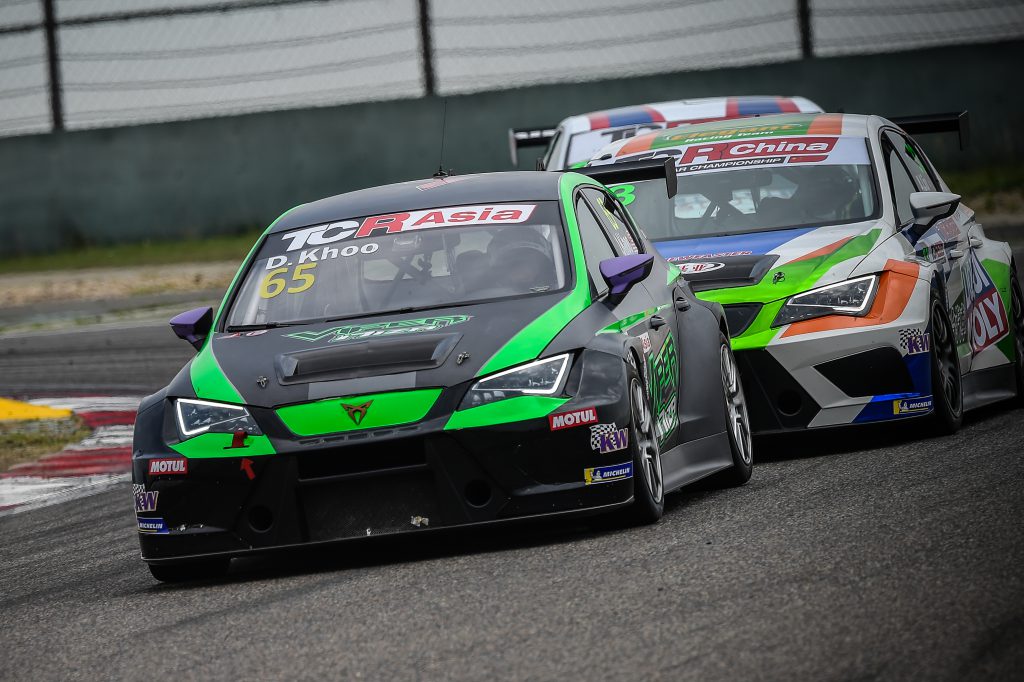 At the start, the two Dongfeng MacPro Racing Honda cars of Xie and Lloyd sprinted from the front row of the grid and took command, while Engstler jumped from fifth to third at T1. During the first lap a collision between Alex Liu and Alex Hui forced the latter to retire. 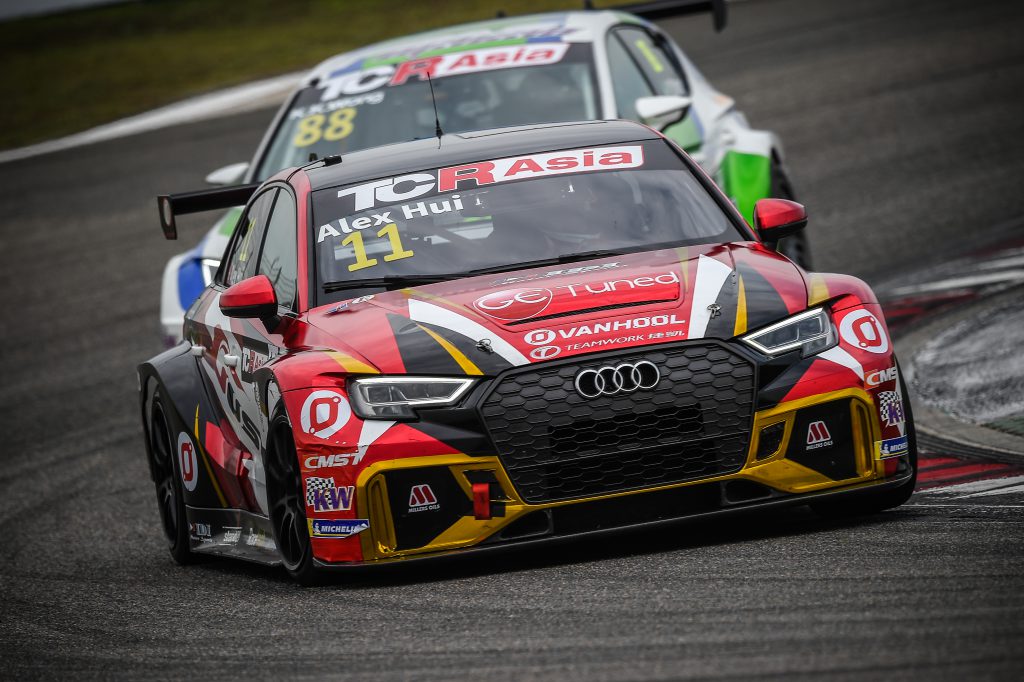 Behind the leading trio, Pepe Oriola and Diego Moran delivered an exciting fight for fourth, swapping the positions several time, while Sunny Wong was following them closely in sixth place.

Lloyd began to attack Xie and eventually past him on lap 6; Engstler benefited from the situation and passed Xie as well moving up into second. While Lloyd was able to create a gap, Xie momentarily lost third position to Oriola on lap 8, but regained it on the following lap. In the final moments, Sunny Wong retired with a turbo issue and Huang Chu Han inherited the sixth place. Lloyd won from Engstler, Xie and Oriola. The two podiums were filled by Lloyd, Xie and Huang for TCR China; Engstler, Oriola and Moran for TCR Asia. 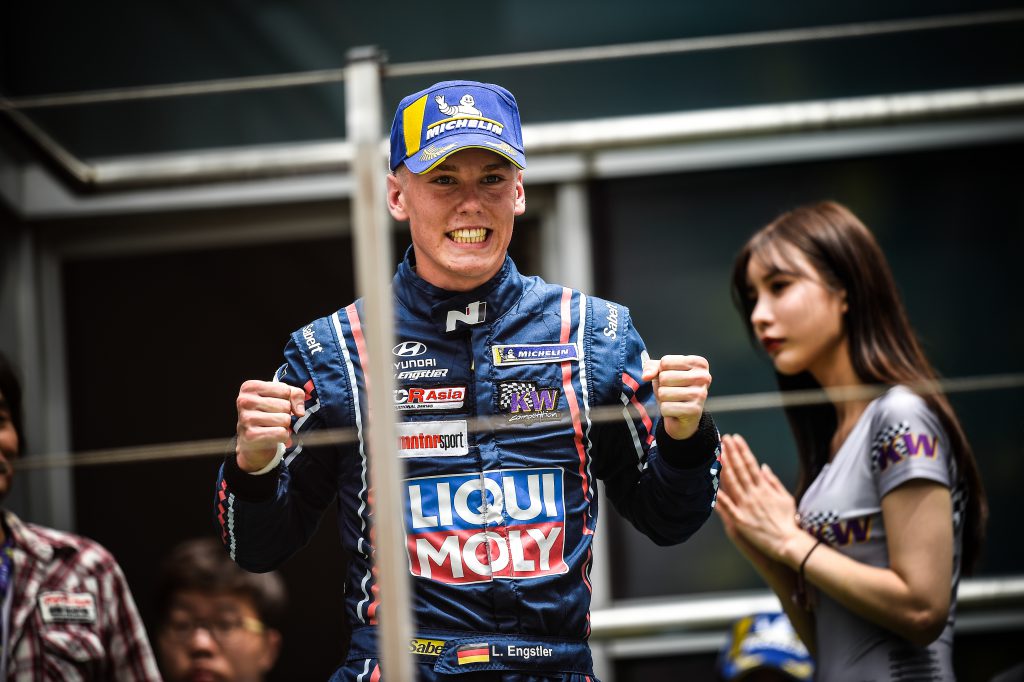 Luca Engstler took his fifth victory out of the six TCR Asia races held so far in the toughest of ways, by snatching the lead from Pepe Oriola with an authoritative overtaking manoeuvre. Yesterday’s Race 1 overall winner Daniel Lloyd, finished third today and encored his success in TCR China. 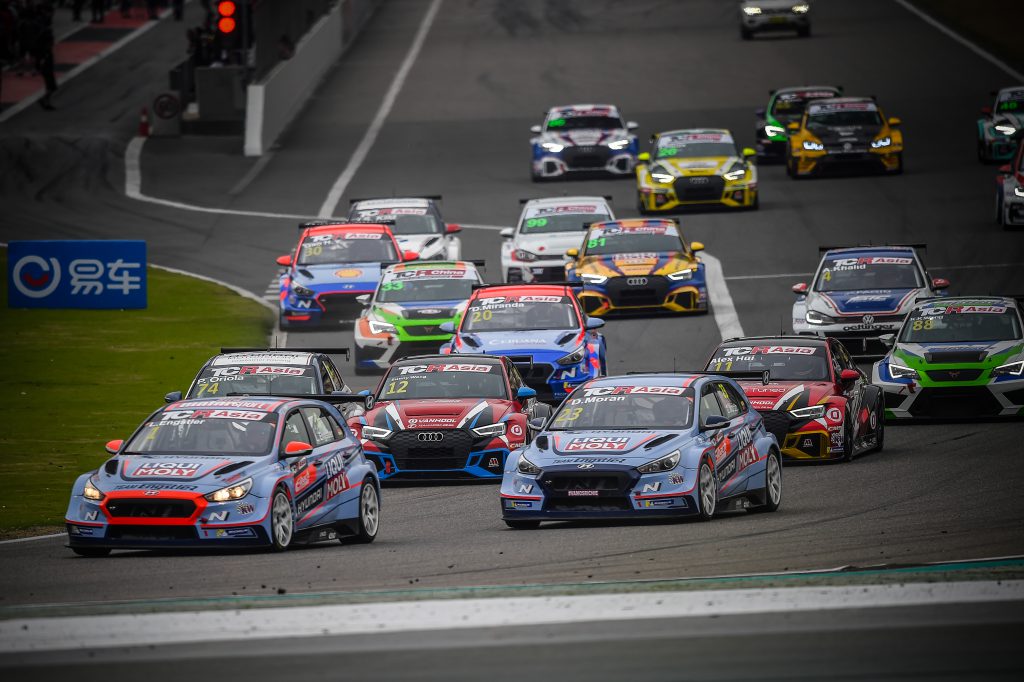 At the start, Sunny Wong, seventh on the grid, stalled and rejoined at the back of the field. From the second spot, Oriola started better than pole sitter Alex Liu and took the lead from Daniel Miranda and Engstler who was sixth on the grid. During the first lap both Engstler and Lloyd overtook Miranda and began chasing Oriola. 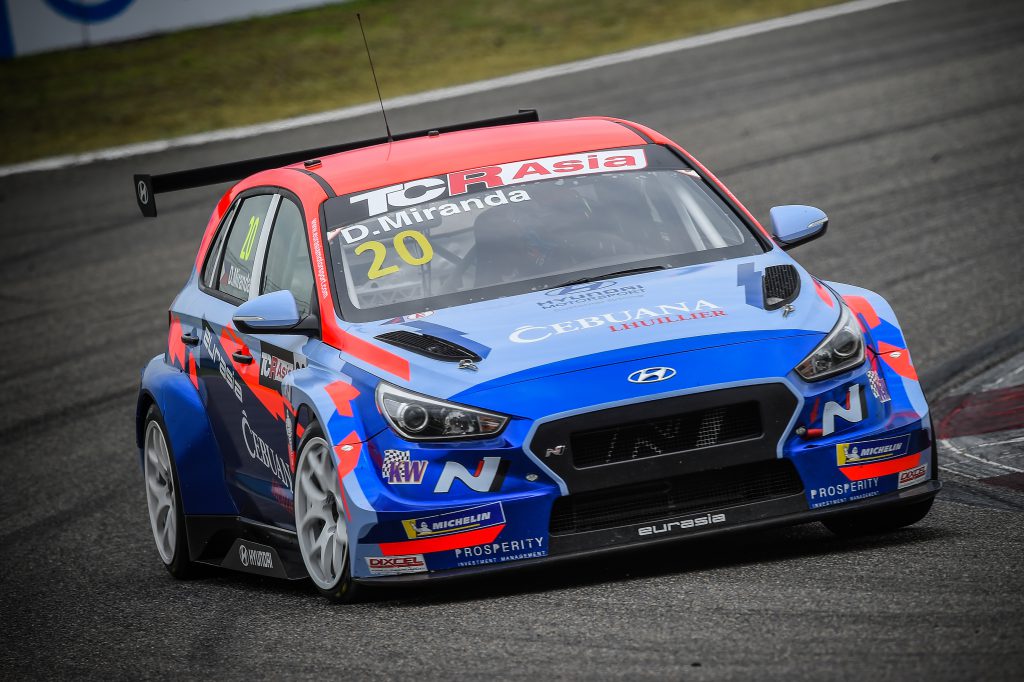 On lap 4, Diego Moran passed Miranda for the fourth position after they clashed three or four times. On lap 7, Engstler attacked Oriola and passed him on the outside line; then he was able to pull away and went to win from the Spaniard, with Lloyd completing the overall podium. 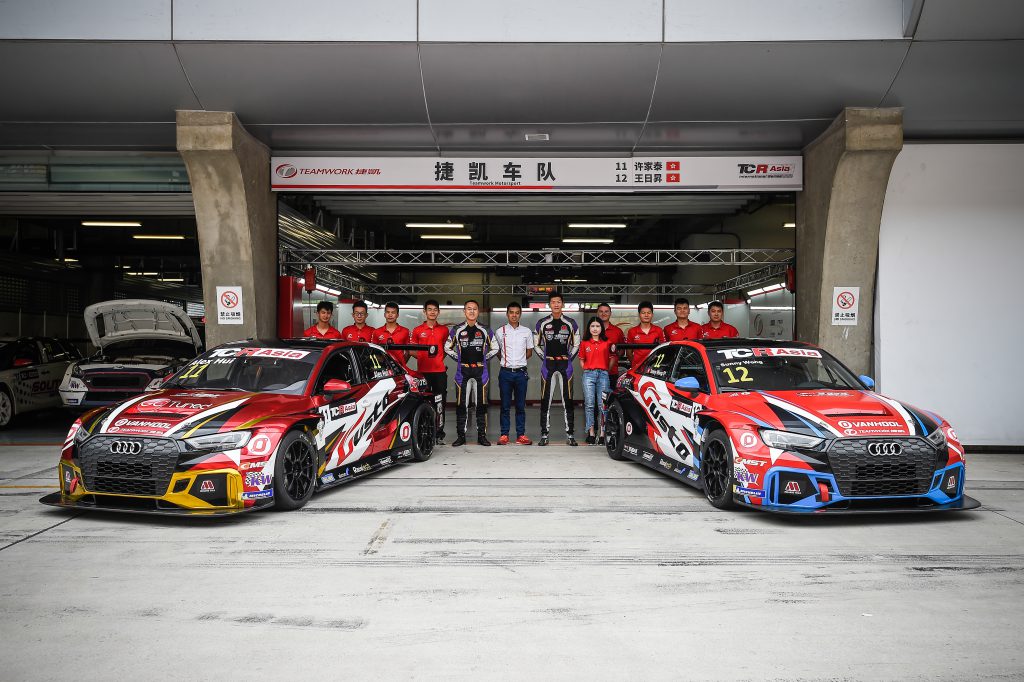 Moran and Miranda were classified fourth and fifth, making four Hyundai cars in the top 5; they were followed by the Audi pairing of Huang Chu Hang (second in TCR China) and Alex Hui. 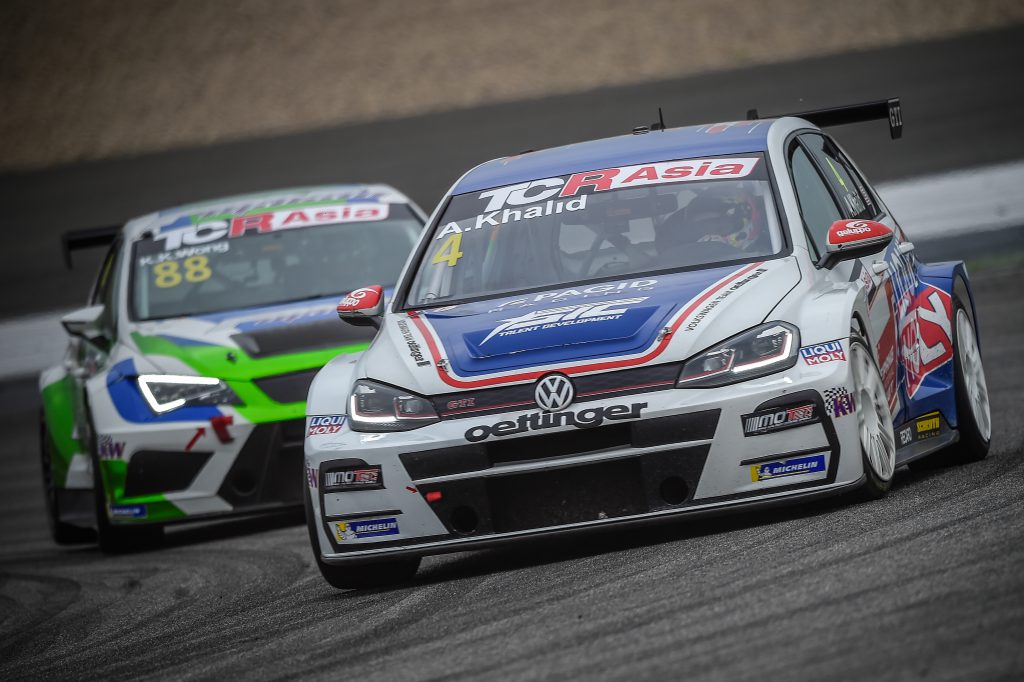 Kelvin Wong and Adam Khalid had a close fight for eighth position; Martin Xie, second overall in Race 1, joined them and overtook Khalid for ninth just before stopping during the final lap due to a technical issue. With only two events to go, the fight for the TCR Asia title looks a family affair between Team Engstler teammates Engstler and Moran, who are now split by 27 points. In the TCR China standings, Lloyd has stretched his leading margin to 12 points over Huang.