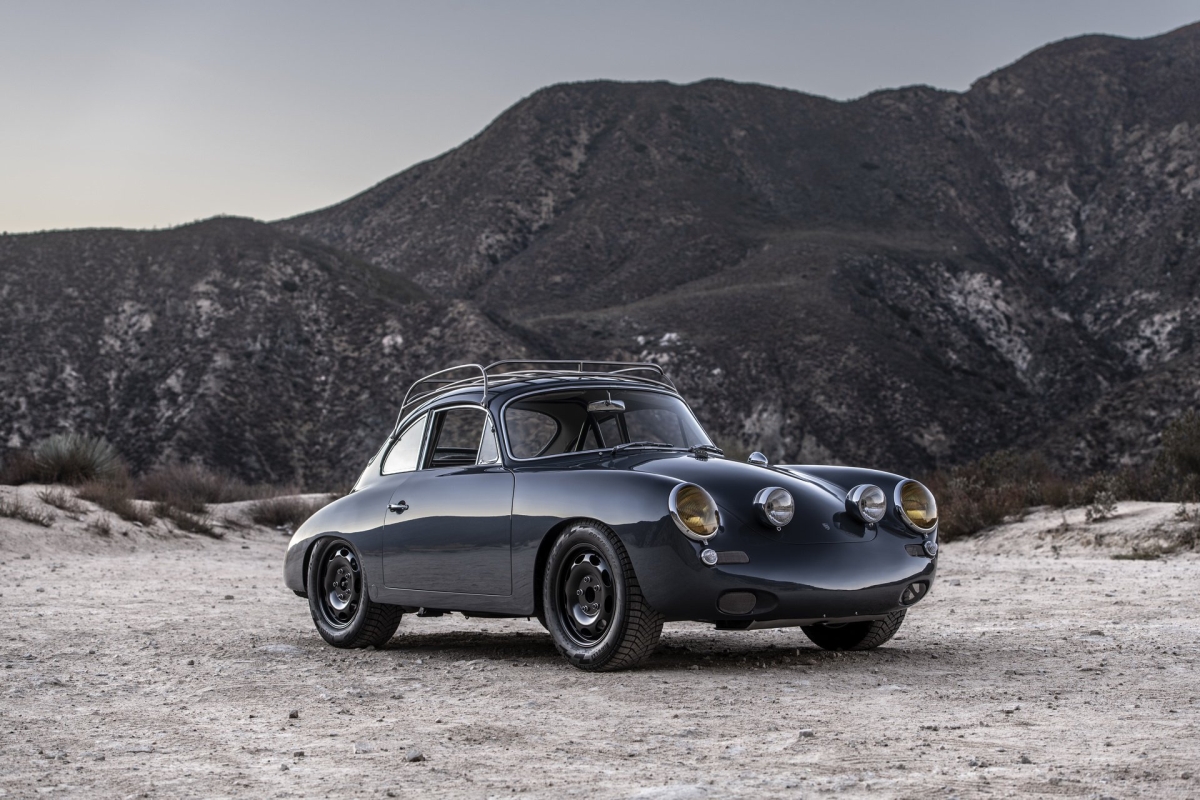 The fascination about classic air-cooled Porsche is still not near an end this is awesome. In Austria, Switzerland, and Germany most vintage Porsche only get a little finish with modern suspension parts and some fancy rims, in the US Custom Scene they take the Love of air-cooled Porsche to a different level of perfection.

The so-called backdating of modern air-cooled Porsche 911 (964 generation) in a G-Body or F-Body 911 is a kind of mainstream in America. Emory Motorsports walks a different path in this customizing business. 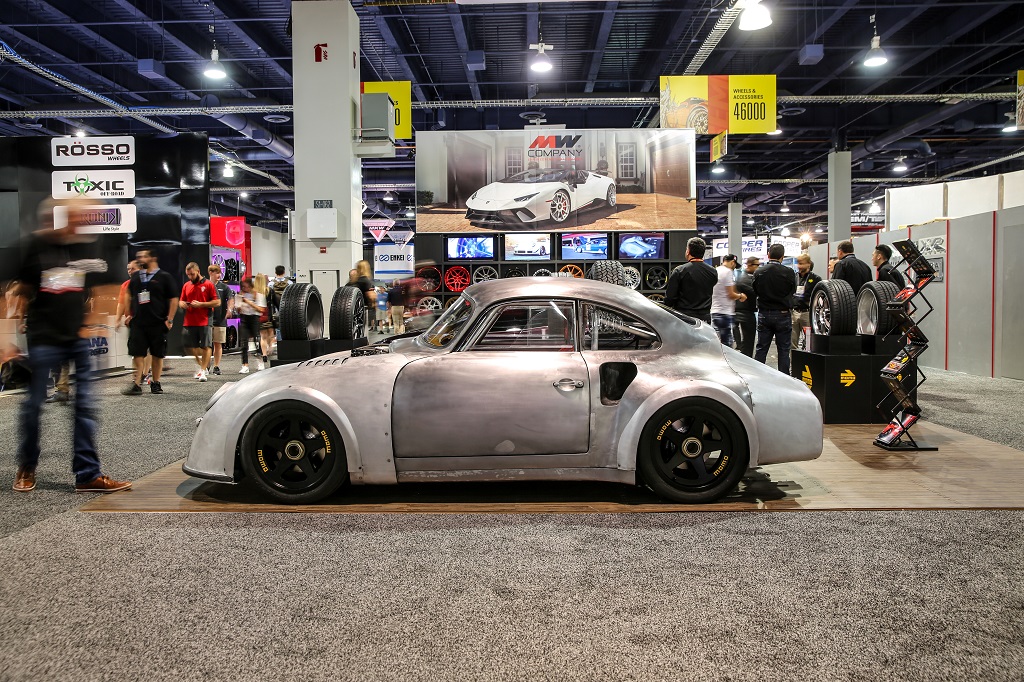 The small family business in California dedicated its passion and profession to the Porsche 356. Rod Emory does everything possible for his customers. But today I don’t want to speak about the Momo RSR Outlaw from the SEMA Show 2018 and its most recent debut at the Peterson pre luftgekühlt 6 Water and Air event. Today I want to talk about the Emory 356 C4S. 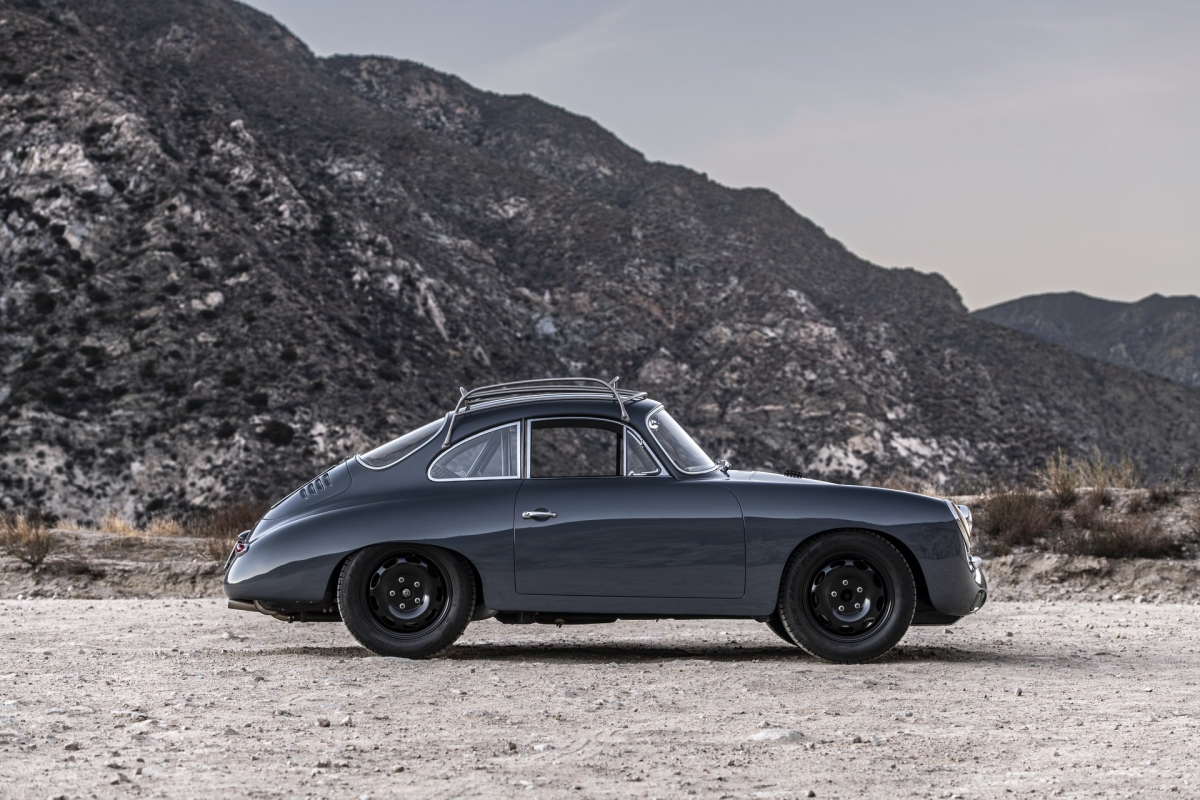 Back in the early ’80s, my Grand Uncle drove a 356 until the Rust conquered every part of his 1961 356 B. After ten years in the backyard we put the “B” to the scrapyard. Back in these days, no one wants to drive a 60 hp, Porsche. But this 356 is a different story. At first glance this 1964 Porsche 356 C looks like a typical Vintage Porsche, except the bigger black steel wheels and the cleaned bumper bars. But Emory Motorsports was authorized by a customer who wanted to drive in the winter with his 356 in ski resorts and opted for an all-wheel-drive in his Porsche from the Swinging Sixties! 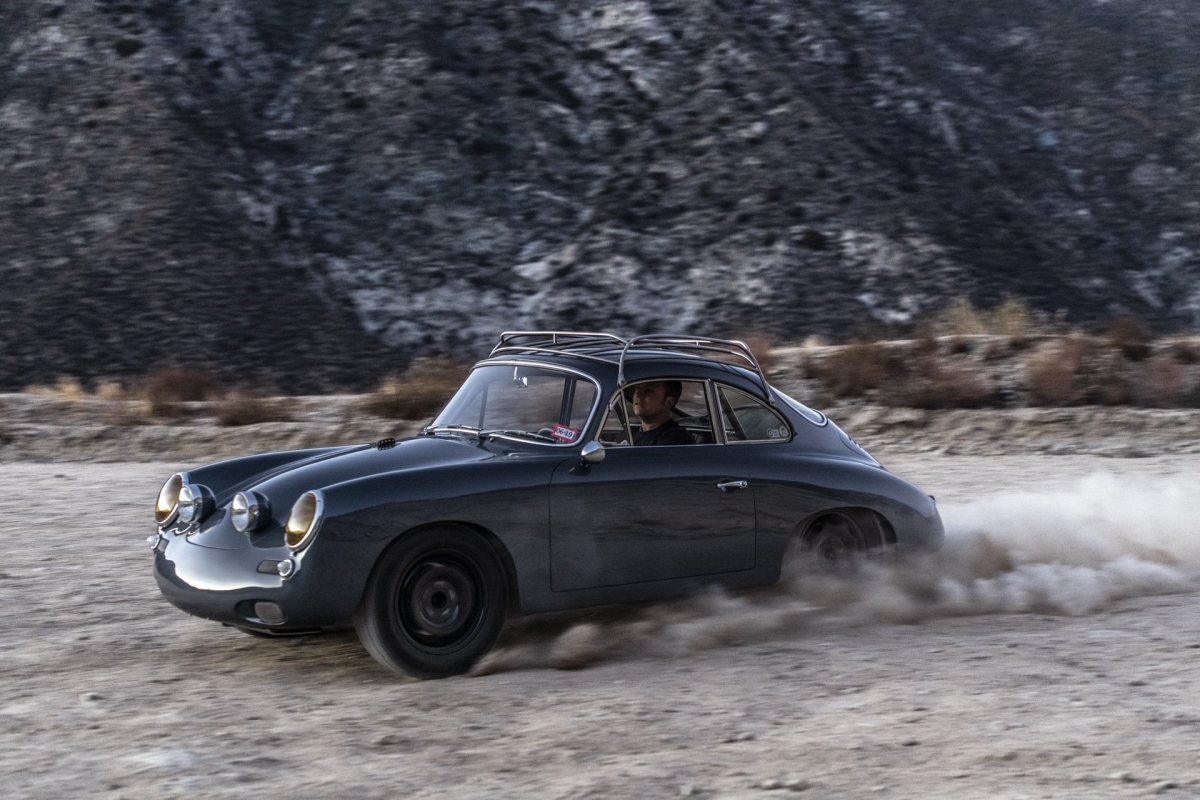 The Emory 356 C4S is the first Porsche 356 in the world with all-wheel-drive. The drivetrain with its five-speed manual transmission and drive shafts are from a Porsche 911 Carrera 4 (964). 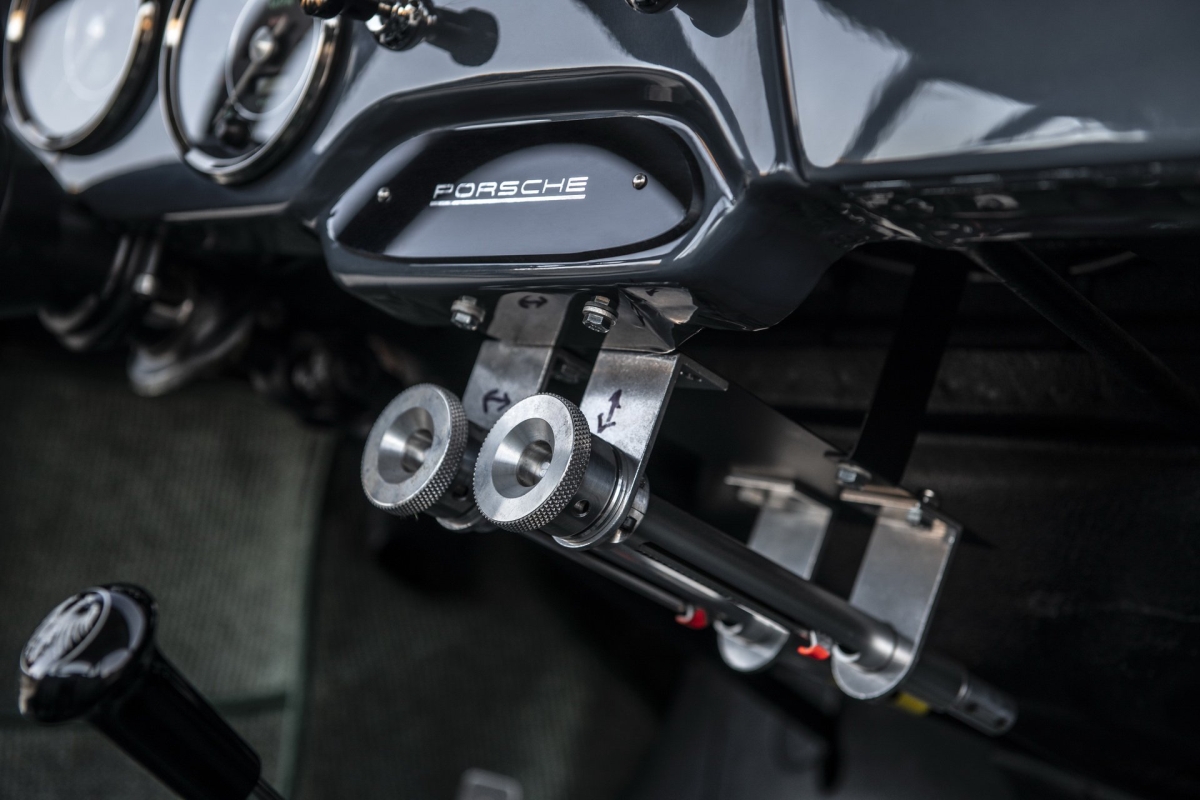 The G64 transmission was held yet the driveline was redesigned with a rally-style differential that enables free front-to-back and side-to-side manual torque control. 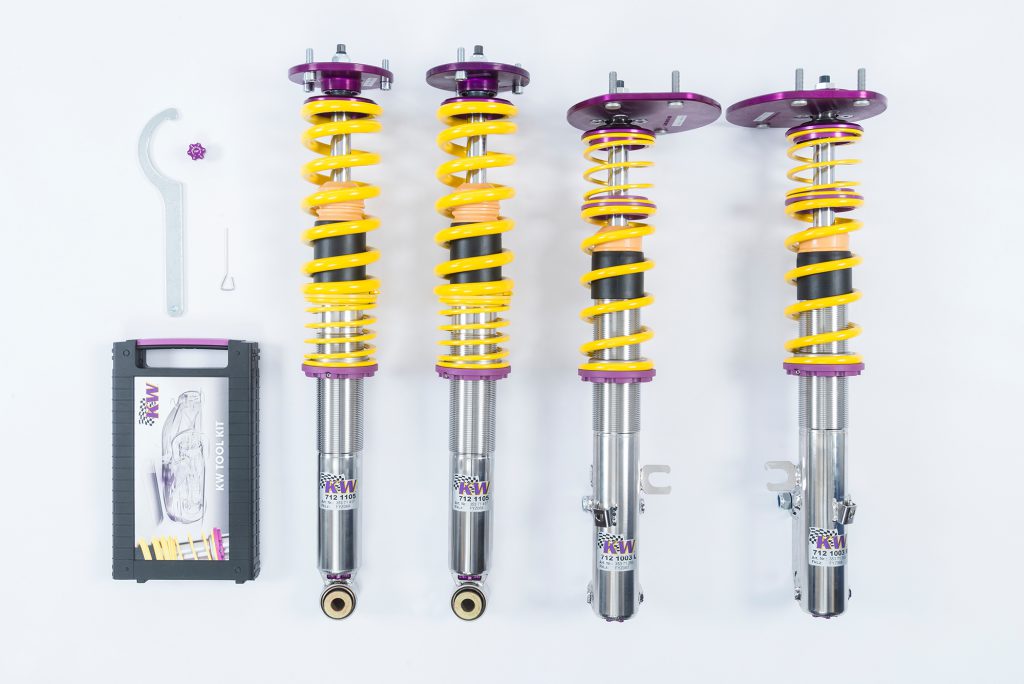 For the suspension, Emory Motorsports installed a KW Clubsport 2-way Coilover suspension kit (independently adjustable in rebound and compression forces). At the KW HQ in Germany, we already assembled the damper valves, valves springs, piston rods and springs for the axle loads of the Emory 356 C4S. 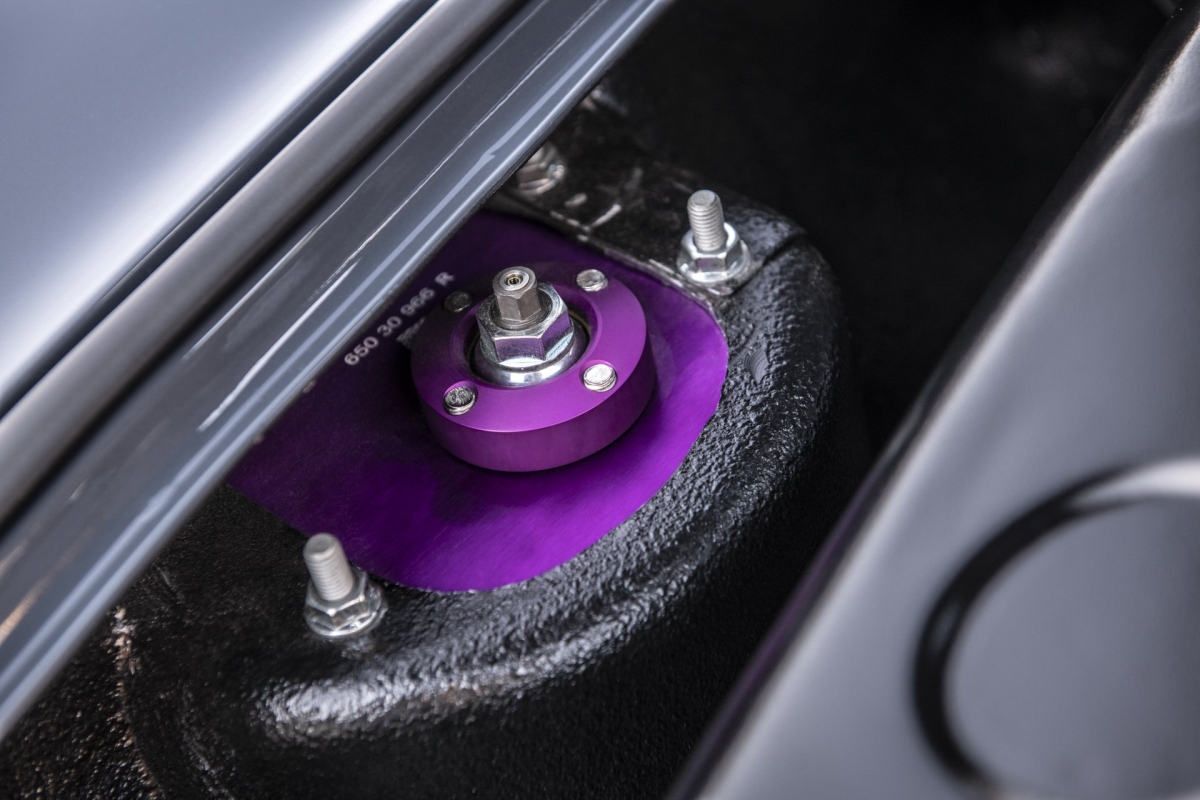 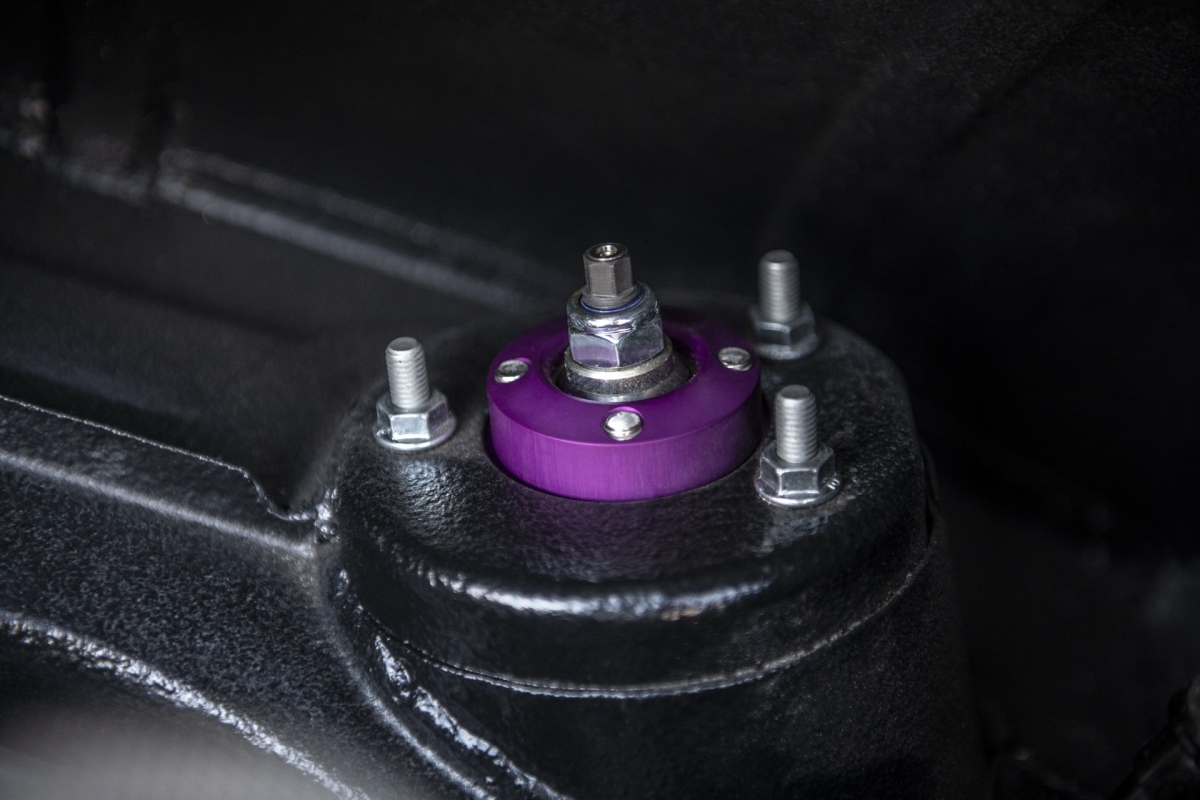 The Porsche 964 the camber isn’t adjustable via the KW Clubsport top mounts. That’s also the fact in the all-wheel-drive 356 because Emory Motorsports is using 964 strut towers and strengthen the chassis as well with a roll bar in the interior. 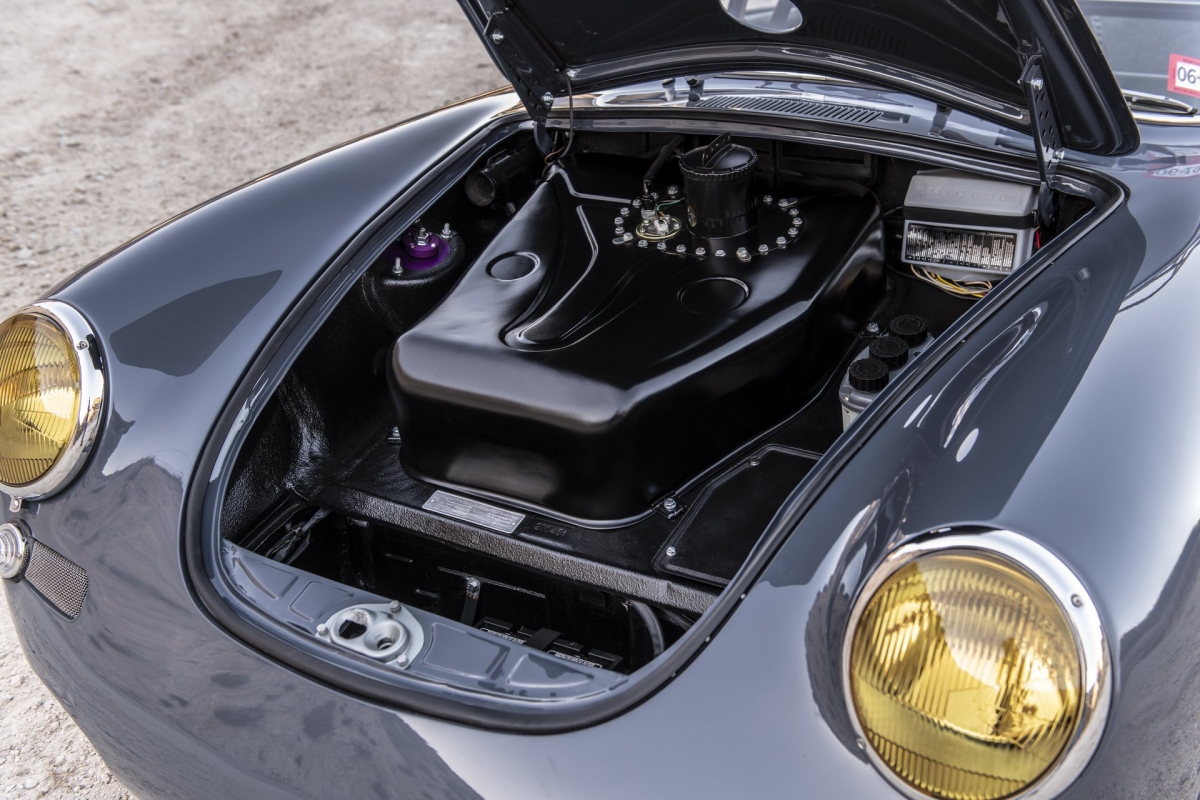 One of the main things that draws the eye with the Emory Motorsports 1964 356 C4S is the amazing bodywork. Incorporates an augmented back segment, a straightened hood with its handle erased, and body-shaded rally lights. A challenge fuel filler prompts an 18-gallon GT Fuel Safe power device. 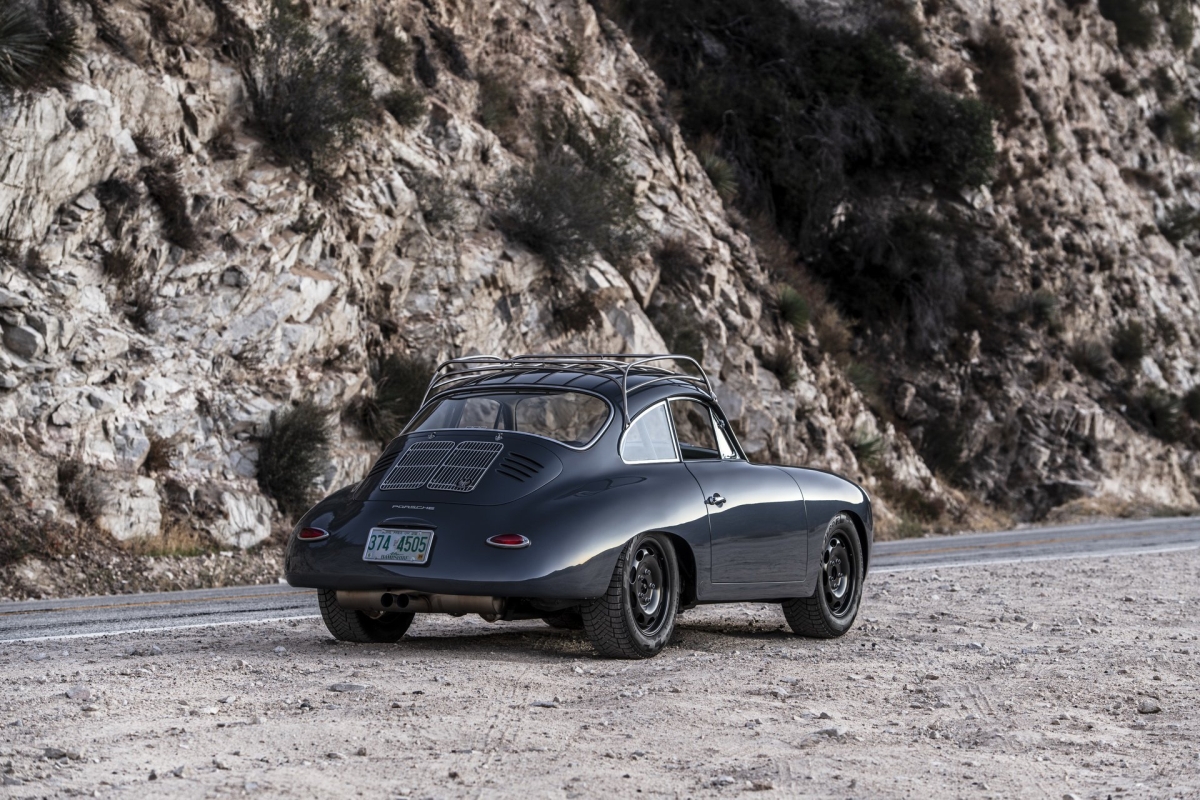 The tail of the Porsche is a little bit wider and features a louvered deck cover. New is also the license plate lightning on the tail. Made from titanium is the rooftop rack which was added at the customer’s demand to oblige conveying skis, or other gear on road trips. The brakes come standard from the 964 while the black steel wheels measure 16×7 inches and are fitted with 205/60 Pirelli Ice Zeros. 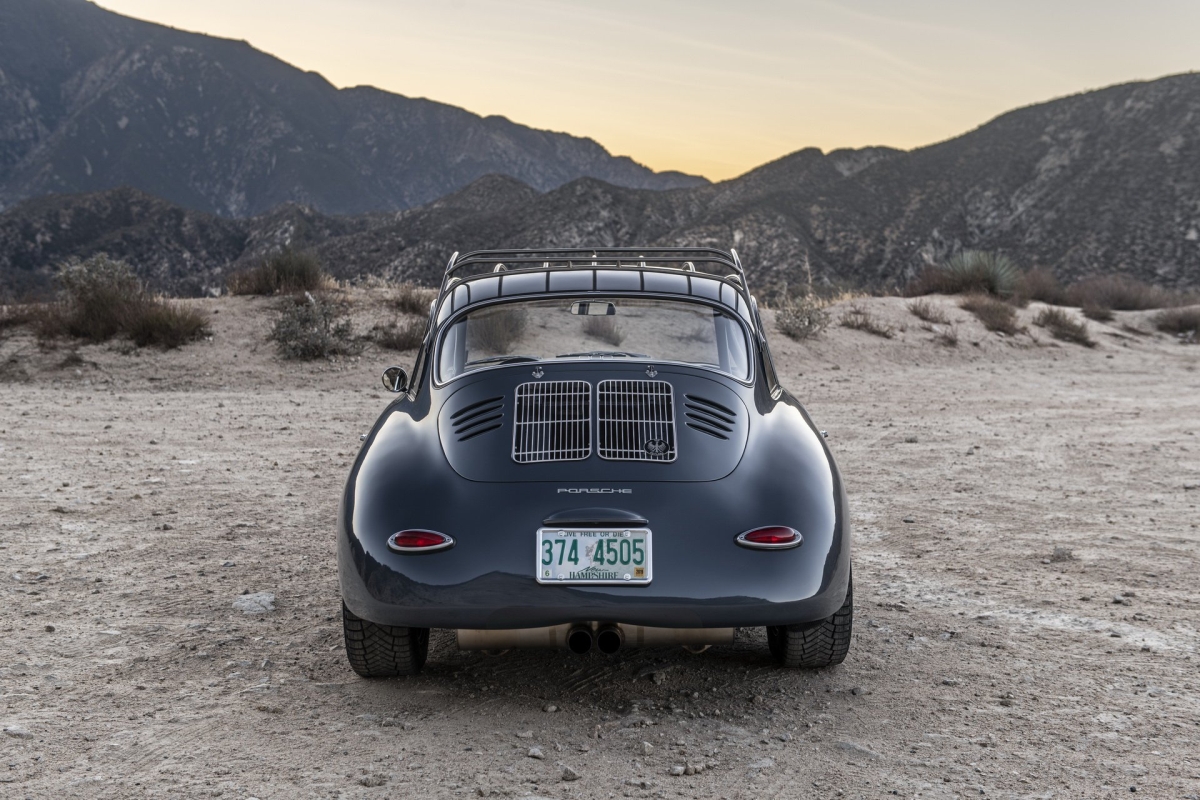 Because the tail of the Emory 356 is so drop dead beautiful I need to share this image with you. The body shading is Graphite Blue Metallic, a modern Porsche color.

In the past Emory Motorsports modified flat-six engines from “modern” air-cooled Porsche 911 and cut them to pieces to build his own flat-four engines! 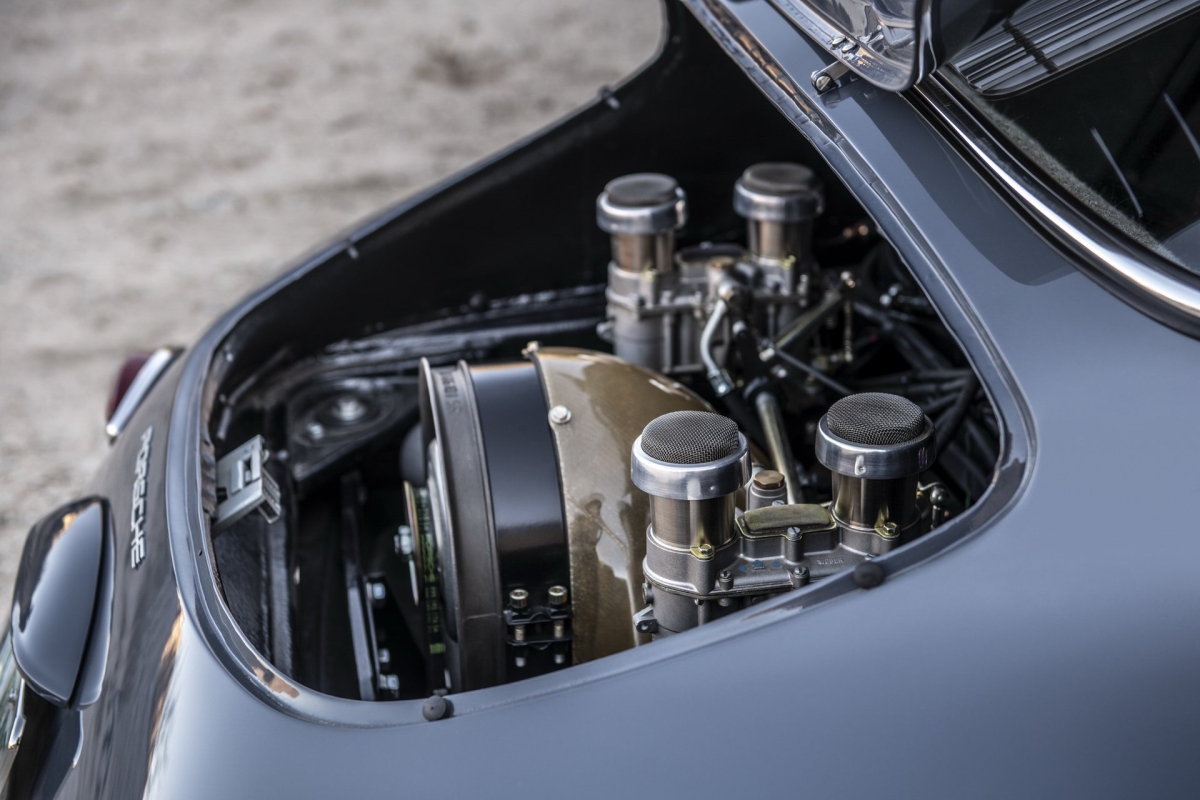 The exclusive Emory-Rothsport ‘Prohibit 4’ motor which is outstanding for the nature of its execution. Emory Motorsport and Jeff Gamroth of Rothsport Racing, united over the last years and building unique four-chamber cast-aluminum with a dry-sump motor structure. The new motor fuses the best components of three unmistakable emphasis of the 911 powerplant to furnish this machine with one out of this world driving knowledge. 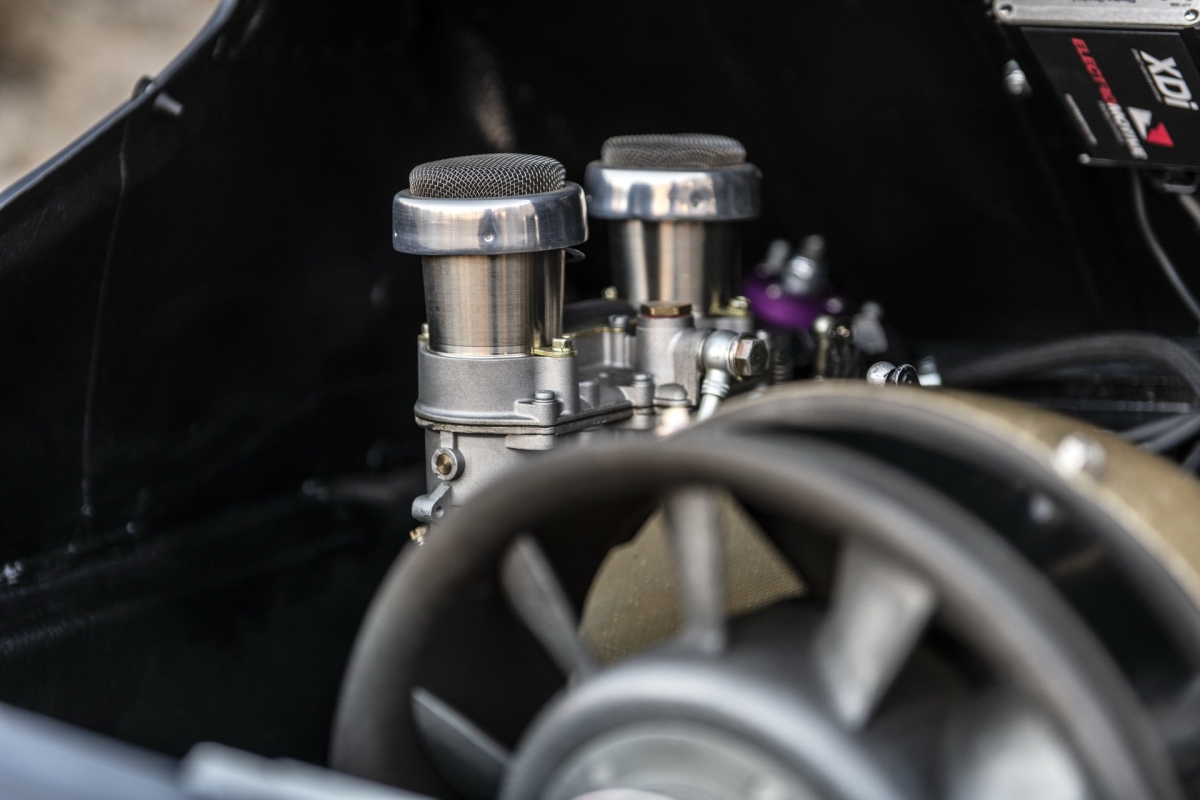 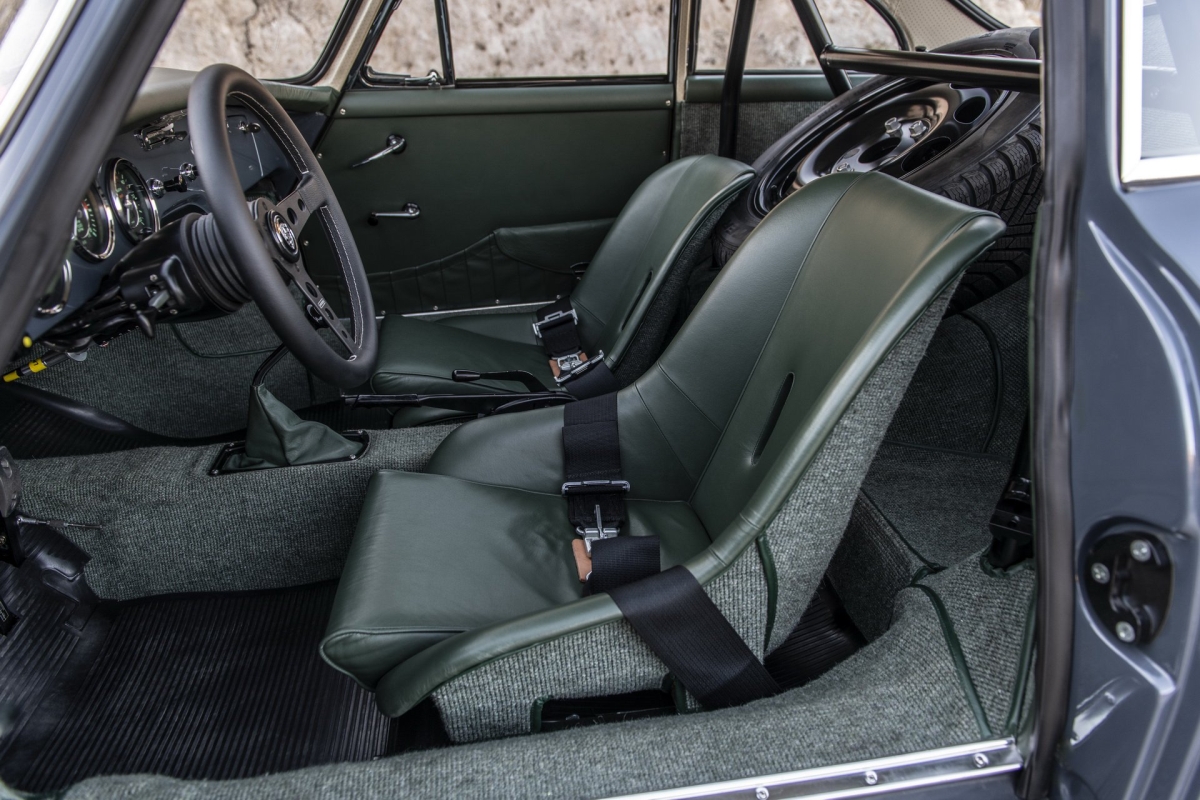 Things keep on stunning when you head inside the 1964 Emory 356 C4S. There are RS-style seats which convey a useful differentiation to the Speedster-style traveler situate. The inside is wonderfully rendered in green cowhide, and the tenants are held quick by 4-point rivalry tackles. 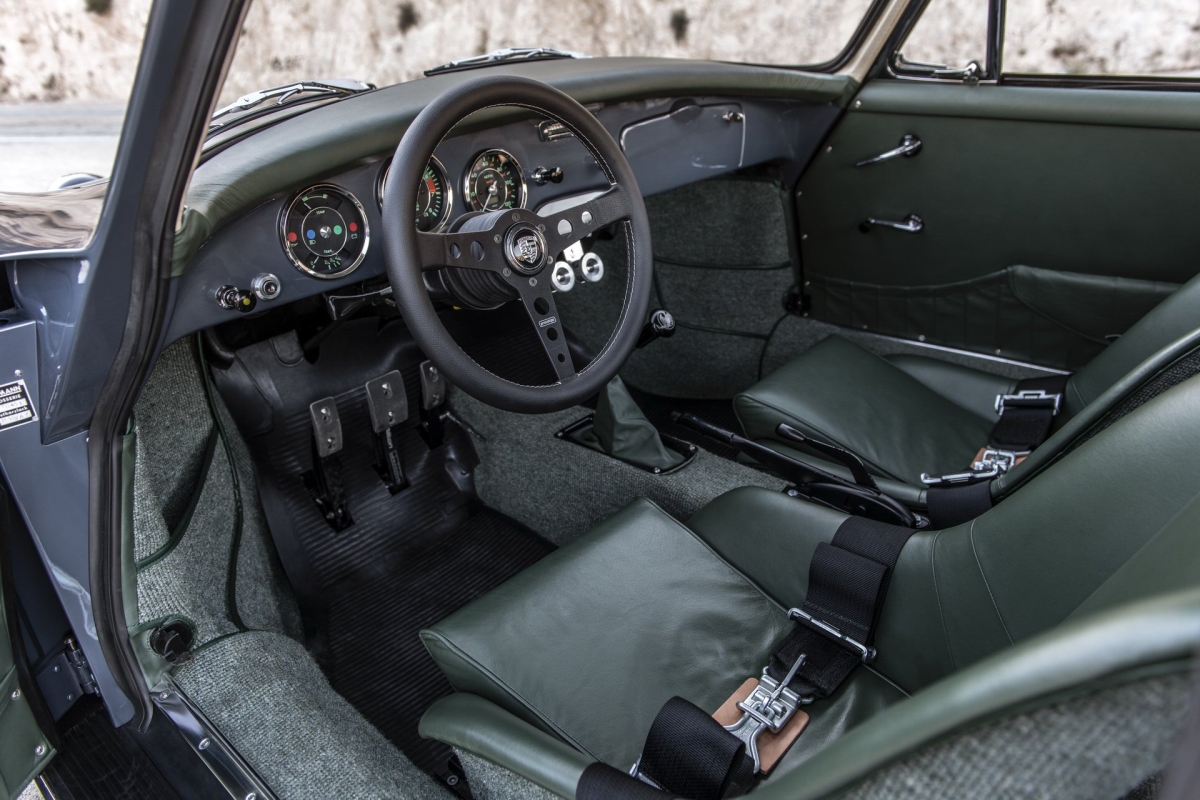 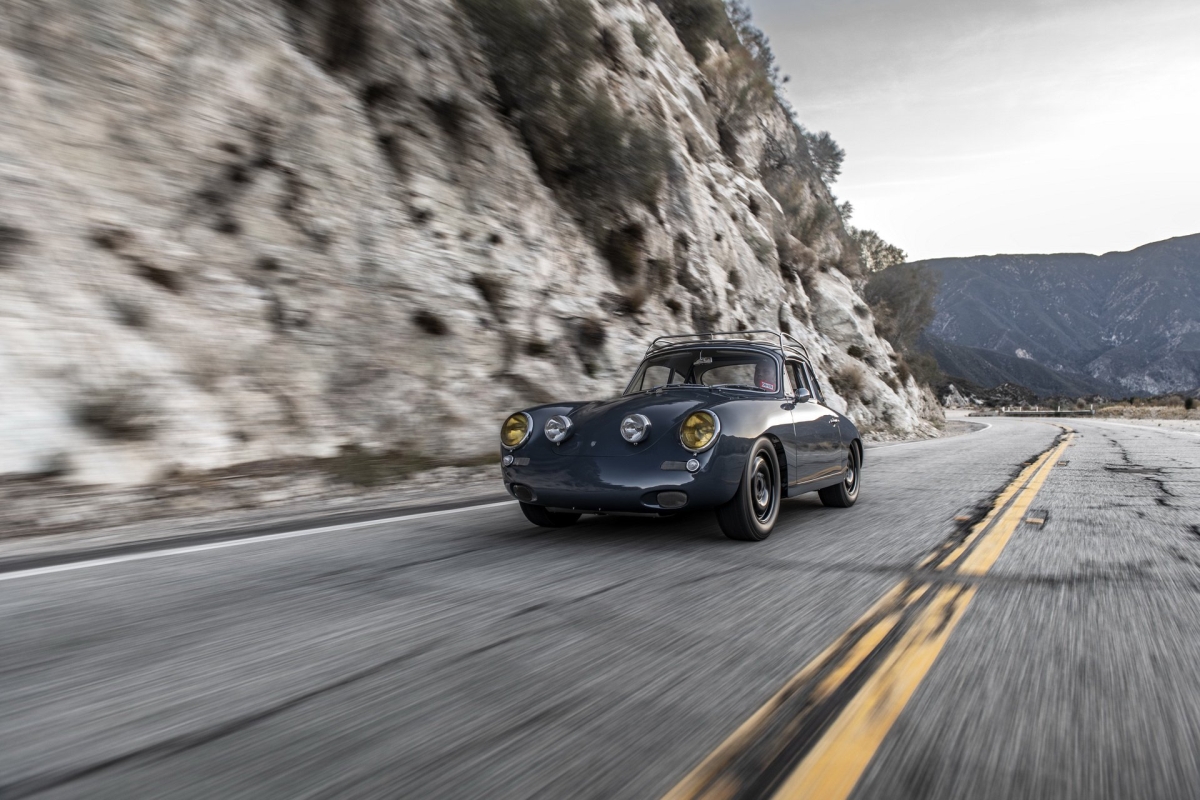 Sure, one or the other “Porsche Purist” may not love the restomod 356 of Emory Motorsports. But among us, the Emory Porsche are crafted to perfection with their self-made, air-cooled flat-four boxer engines they are a far greater enrichment for the vintage and classic cars scene than some typical fanboy builds with modern US V8 engines like the countless “Frankenstein Porsche -911 “,” Frankenstein-Volvo-240 “,” Frankenstein-Datsun-240Z “,” Frankenstein-BMW-2002 “and so on…