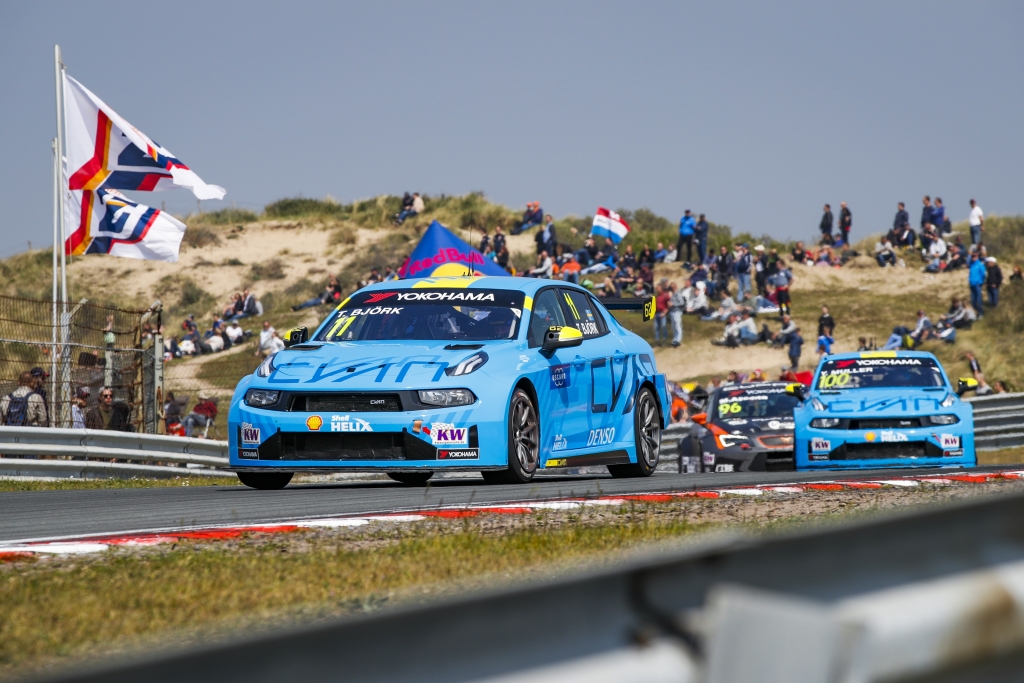 Thed Björk scored his second victory of the WTCR Race of Netherlands weekend as discussions over team orders became a talking point during Race 3 at Zandvoort this afternoon.

Björk had made the better getaway from the line, but DHL Pole Position driver Yann Ehrlacher, in another Chinese-developed Lynk & Co 03 TCR, moved to the right to block and made contact with his team-mate, who still accelerated into the lead. 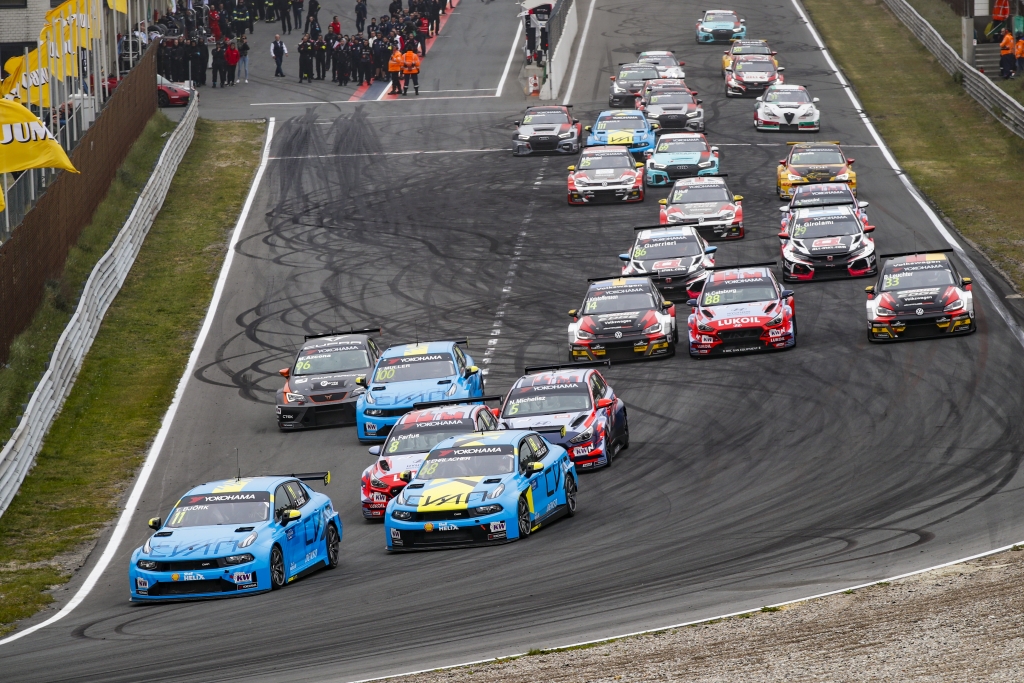 But as they started lap three, the order on the team radio was to “swap positions on the main straight”, and Björk obliged over fears Ehrlacher would be penalised for his attempts to hold onto first place at the start – and to honour a pre-race agreement for the staring order to be maintained. 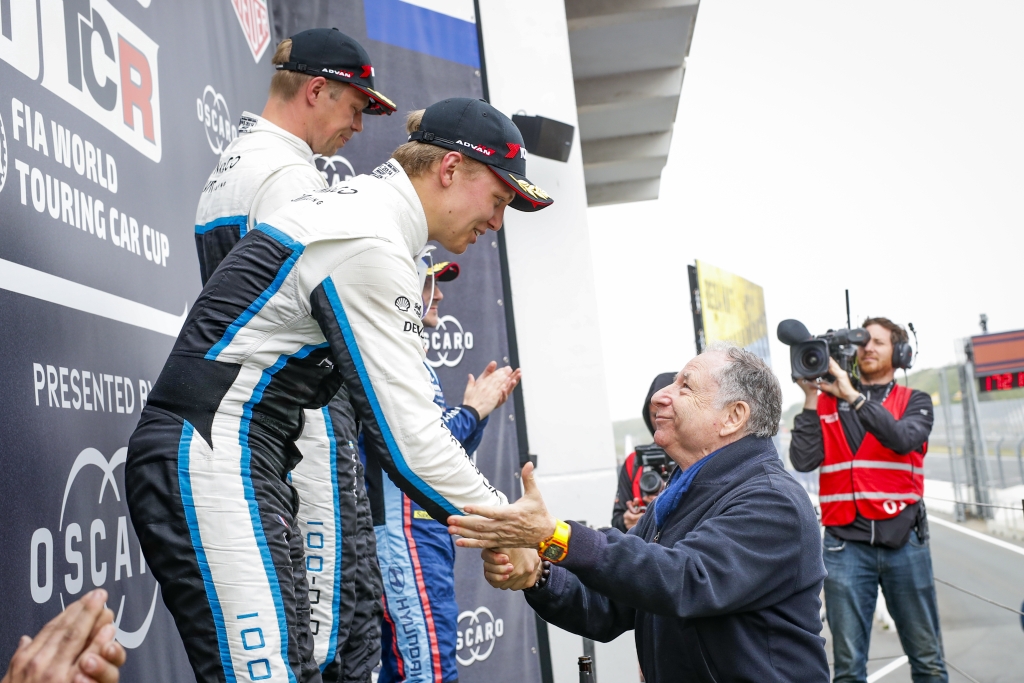 Ehrlacher then led until lap six when it was clear he would not be penalised beyond receiving a driving standards flag and the decision was taken to order Björk back through to the front, a position he held to the flag for his third win of 2019. 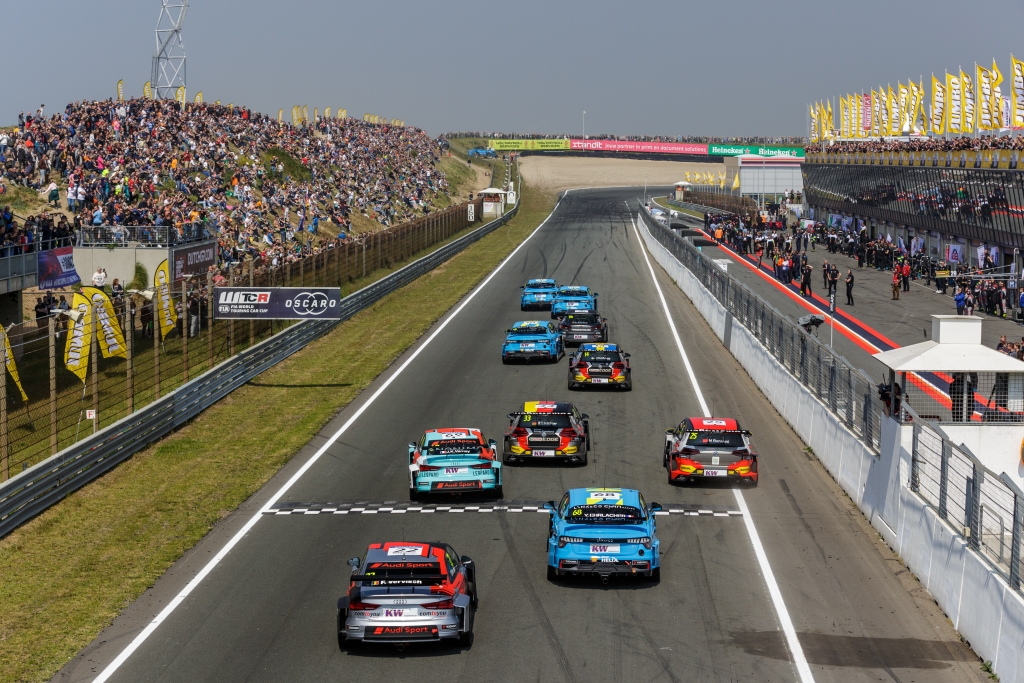 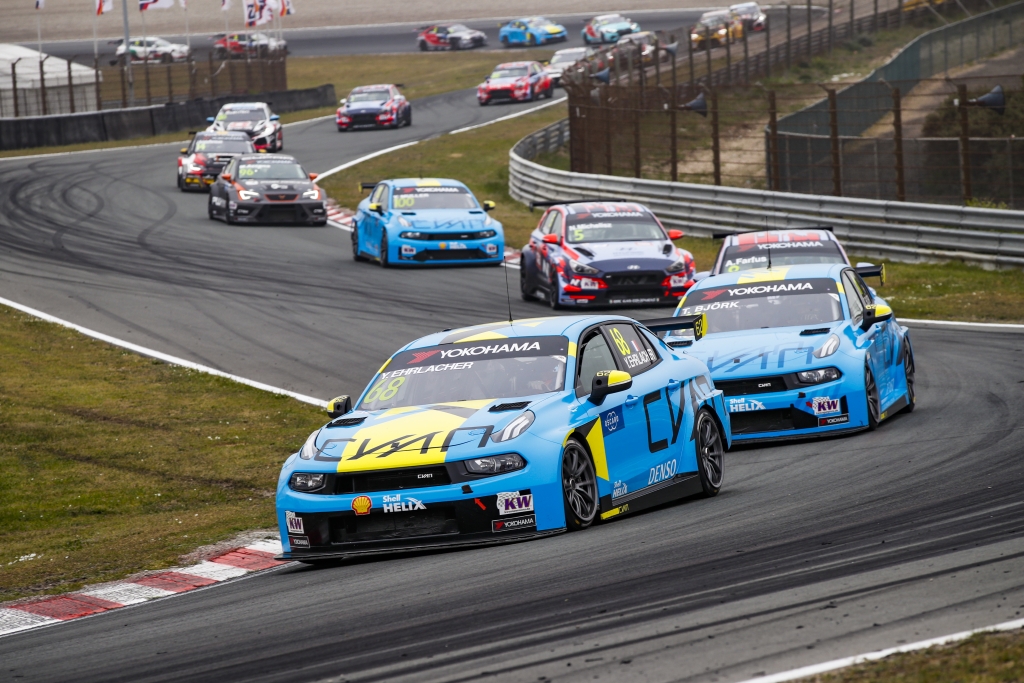 Young Frenchman Ehrlacher responded emotionally over team radio in his bid to stay in front, saying: “I have the weakest engine,” a reference to a power issue he reported afterwards. But he eventually gave up on what would have been his first victory of the season and let Björk back through on lap 11 to claim a third win of 2019. 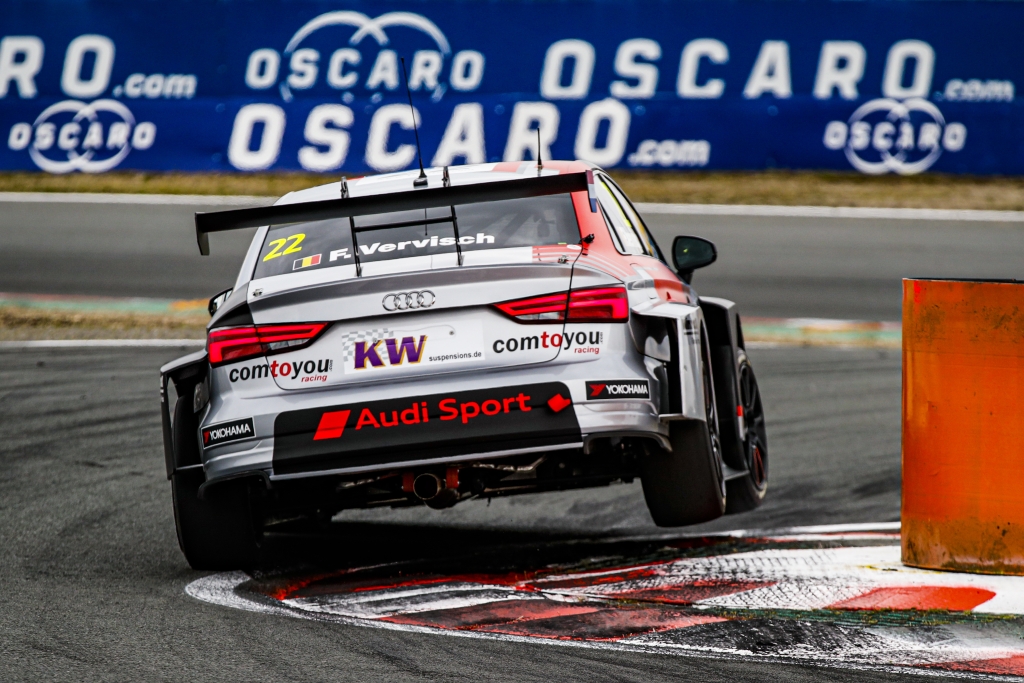 Behind the Lynk & Co-powered pair, Augusto Farfus looked set for his first podium finish in the WTCR – FIA World Touring Car Cup presented by OSCARO, only for fellow BRC Hyundai driver and title contender Norbert Michelisz to pass him on the last lap after the order was given to help Michelisz’s stronger title prospects. 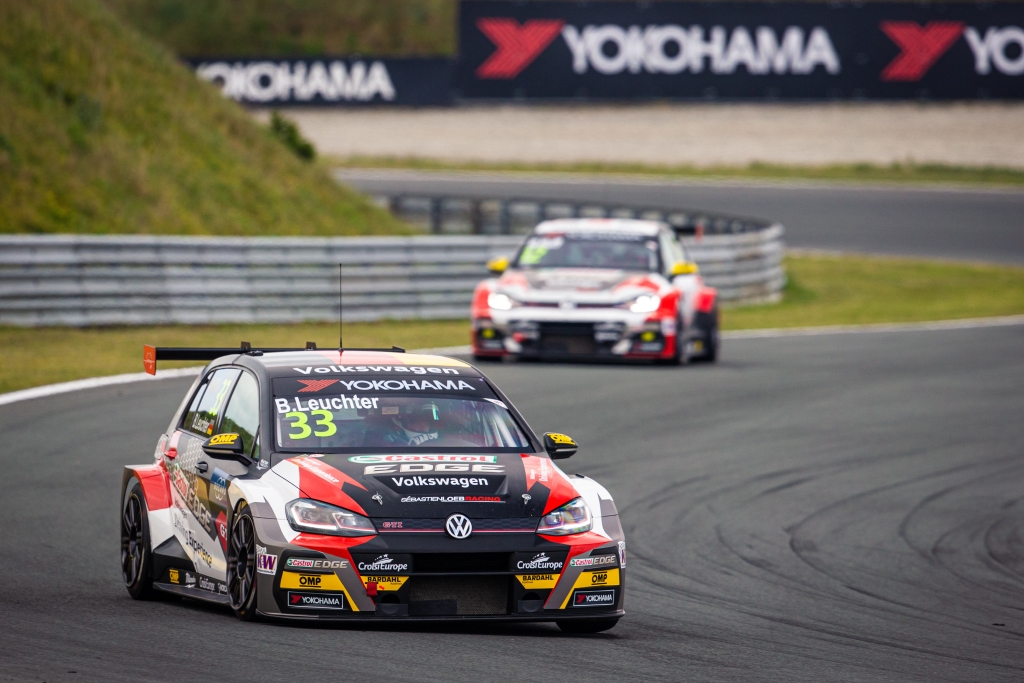 Yvan Muller, who became involved in Cyan’s team order discussions via the radio during the race, finished where he started in fifth having lost his DHL Pole Position for non-compliance regarding the maximum boost pressure and the maximum engine speed values as published in the Balance of Performance chart issued for the event. 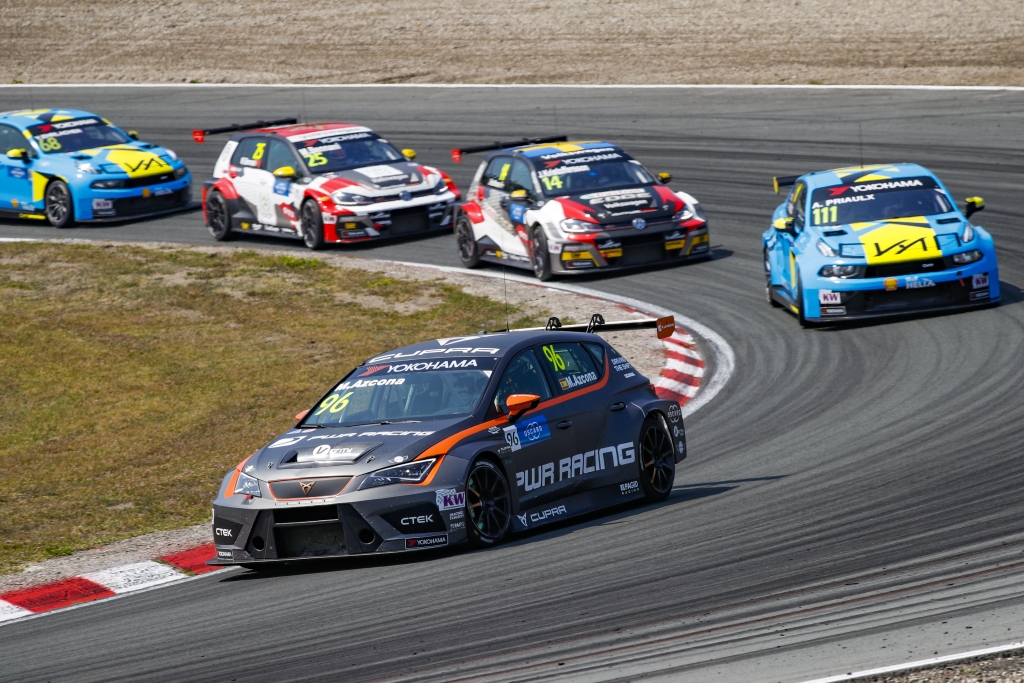 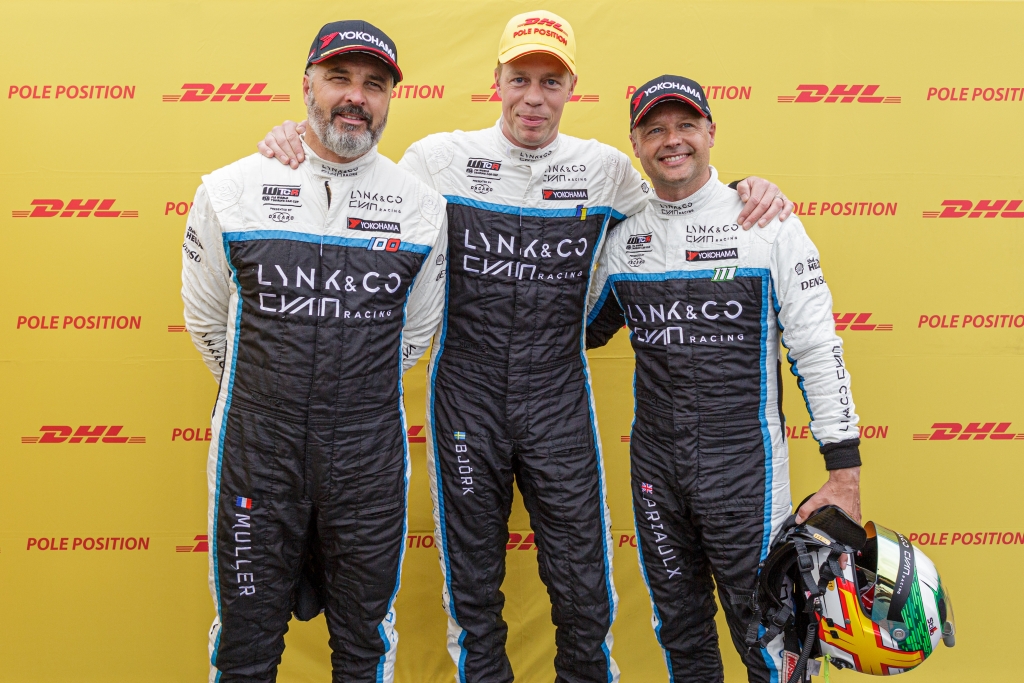 The other points finishers were local hero Nicky Catsburg in P11, ahead of Comtoyou DHL Team CUPRA Racing’s Aurélien Panis, Mehdi Bennani and Andy Priaulx. Non-finishers included Race 2 runner-up Benjamin Leuchter, whose Volkswagen Golf GTI TCR dropped out of P13 on lap 11, and Jean-Karl Vernay who pulled up on the last lap.

Earlier in the weekend, Muller and Azcona completed the Race 1 podium with SLR Volkswagen team-mates Benjamin Leuchter and double FIA World Rallycross champion Johan Kristoffersson doing likewise in Race 2. It was the first podium for the Sébastien Loeb Racing-run duo following a tough run of results. 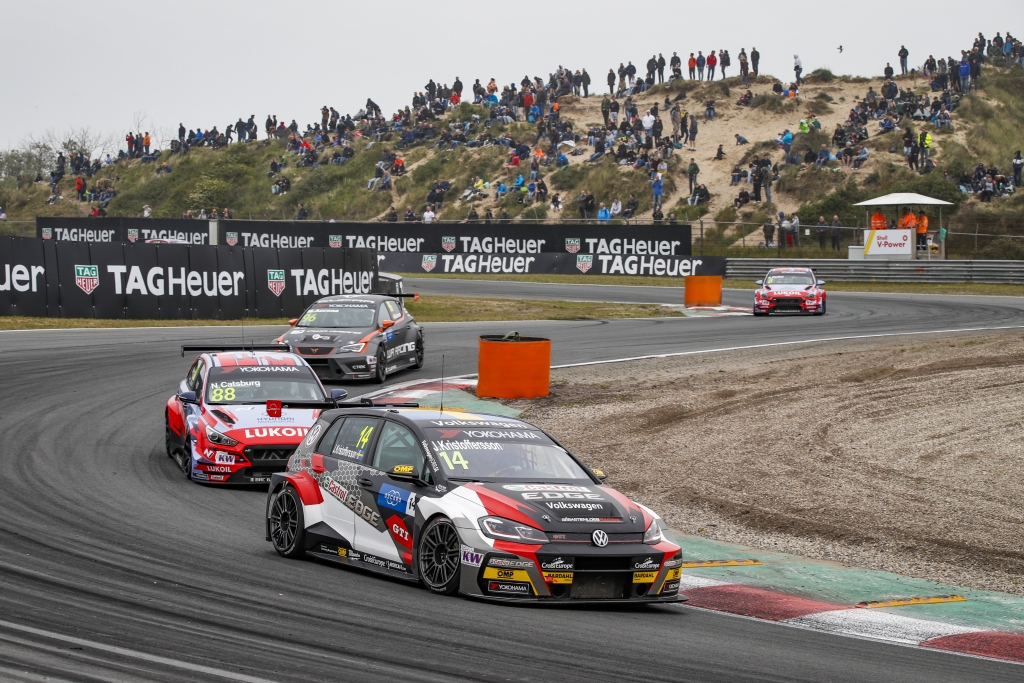 Kristoffersson had already served notice of his intent with fourth in Race 1, one place ahead of three-time World Touring Car champion Andy Priaulx. Mehdi Bennani completed the top six in another SLR Golf. 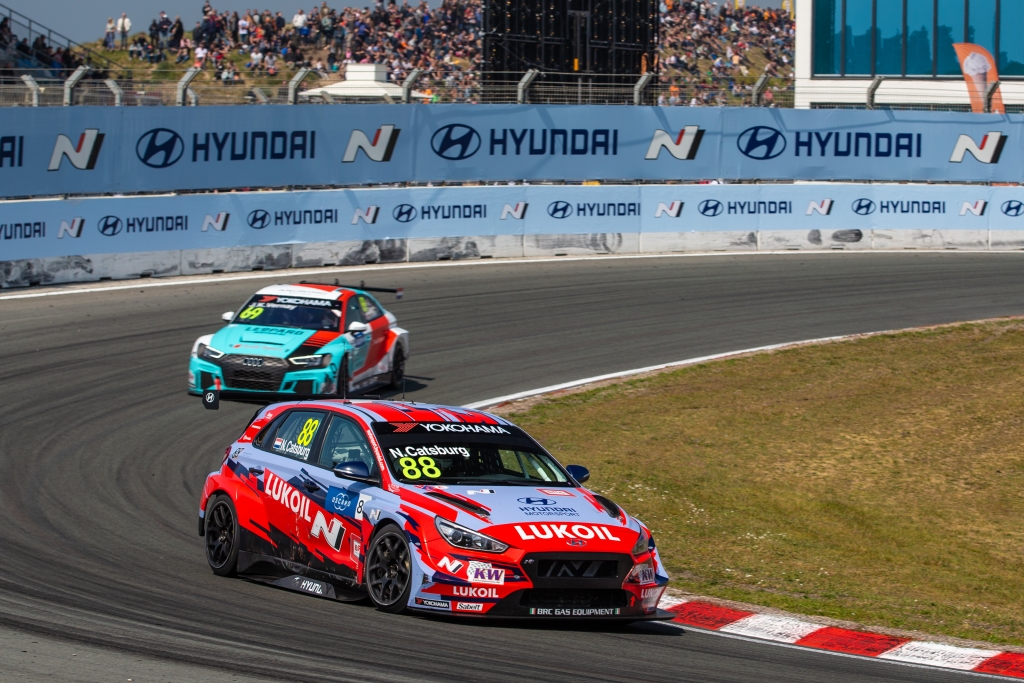 Nicky Catsburg was the top Dutch scorer with fourth in Race 2 ahead of Azcona and Farfus. Leuchter landed the TAG Heuer Best Lap Trophy for the first time, a useful confidence boost ahead of his home event, WTCR Race of Germany at the legendary Nürburgring Nordschleife next month. 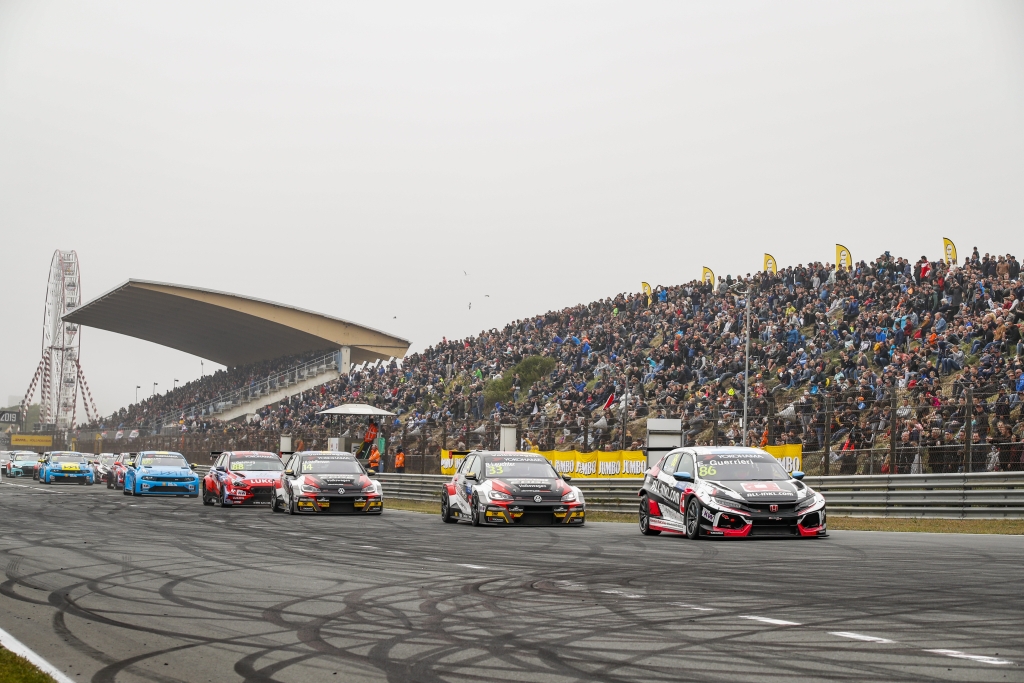 Guerrieri will travel to Germany – his ALL-INKL.COM Münnich Motorsport team’s home event – 11 points in front in the title chase with Björk up to second. Erstwhile title pacesetter, Néstor Girolami endured a challenging weekend and slips to third after taking a best finish of P10 in Race 2.