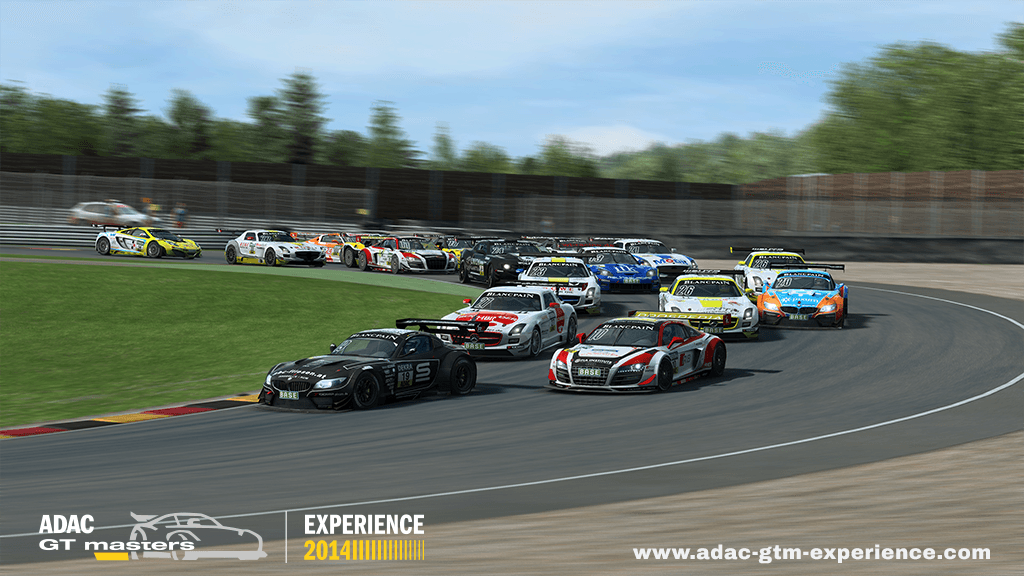 In collaboration with the ADAC Motorsport-department and Sector3 Studios AB, RaceRoom Entertainment AG will release the first racing game simulation worldwide of the ADAC GT Masters – Season 2014 for all motorsport fans. 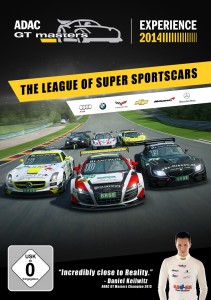 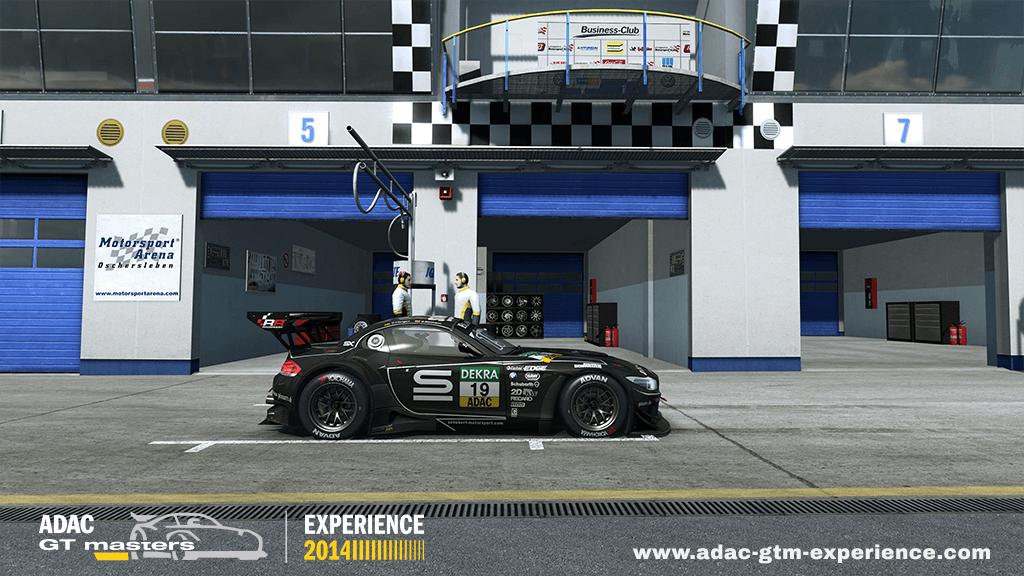 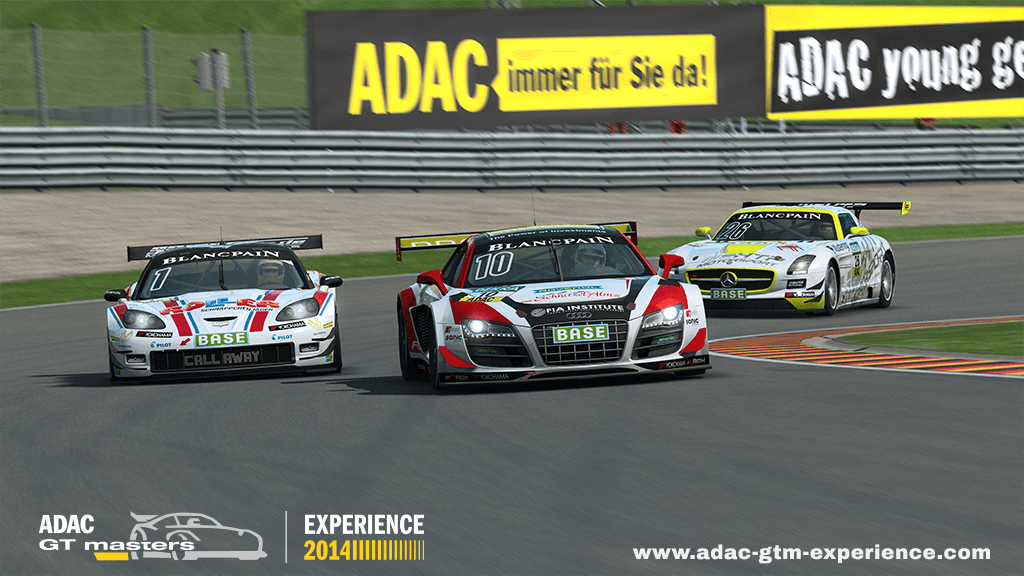 You also have the chance to drive the most sucessful car of the ADAC GT Masters since the 2012 season: the Audi R8 LMS ultra. The sophisticated vehicles of teams Prosperia C. Abt Racing, kfzteile24 APR Motorsport, YACO Racing, PIXUM Team Schubert, Reiter Engineering, Callaway Competition, RWT RacingTeam, MRS GT-Racing and BKK Mobil Oil Racing Team Zakspeed are authentically simulated with their unique drivability and genuine sound. A total of 19 vehicles are available for the player to choose from. 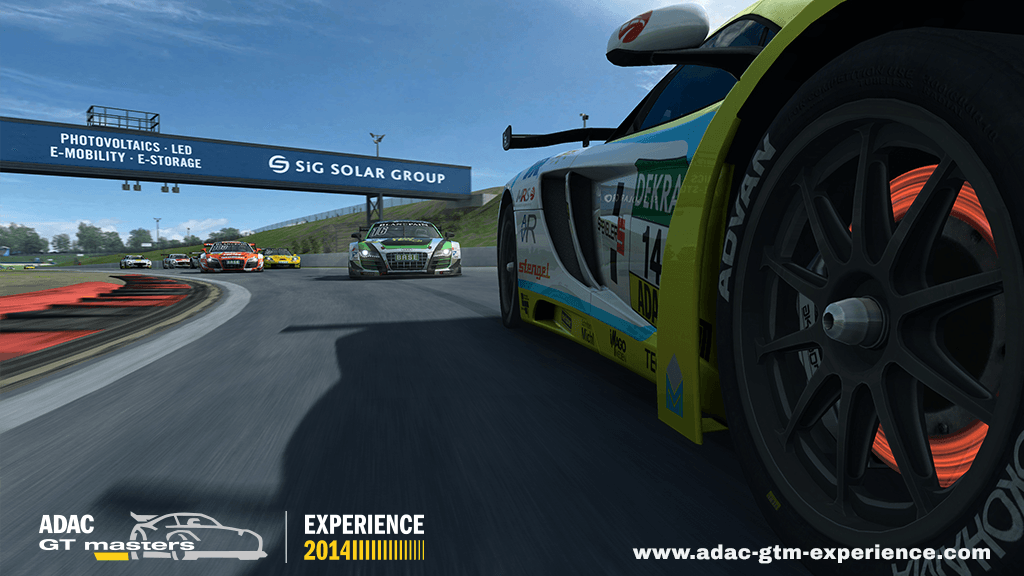 ADAC GT Masters is a Pro-Am series, each event consists of two races where players must switch virtual drivers during a pit stop. When computer controlled cars swap drivers, the AI driver skillset will be changed to provide a new degree of opponent difficulty. 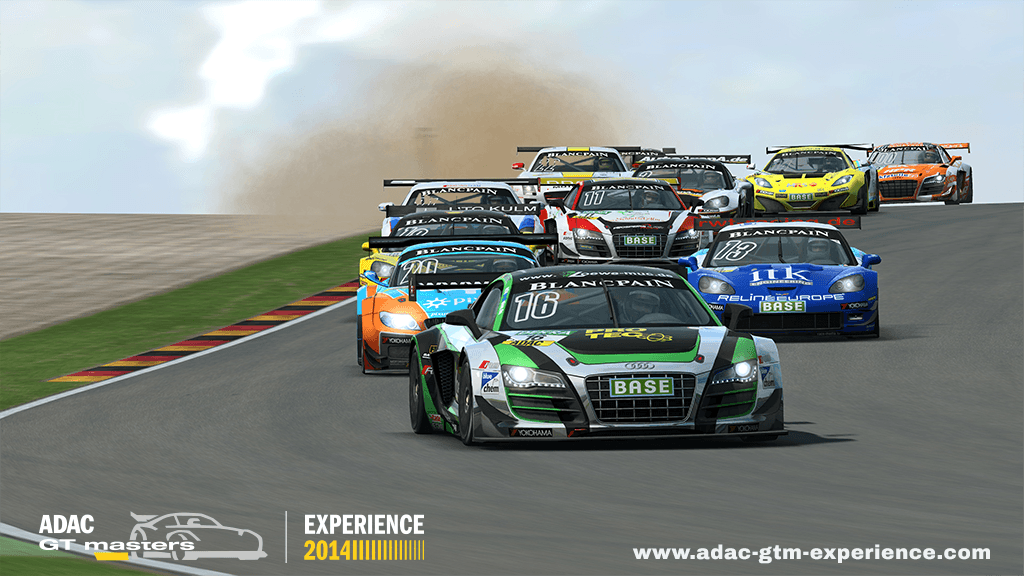 In addition to head-to-head races against intelligent virtual opponents, you can also compete in online events against players from all around the world. ADAC GT Masters Experience 2014 is available for the PC as DLC (22,99 EURO) at adac-gtm-exerience.com.