Round 3 of the 2017 Federal Tyres King of Europe series powered by ST suspensions once again saw the drivers flock from across Europe to battle for the top spots at the the insanely high speed prestigious circuit of Anneau du Rhin in France. 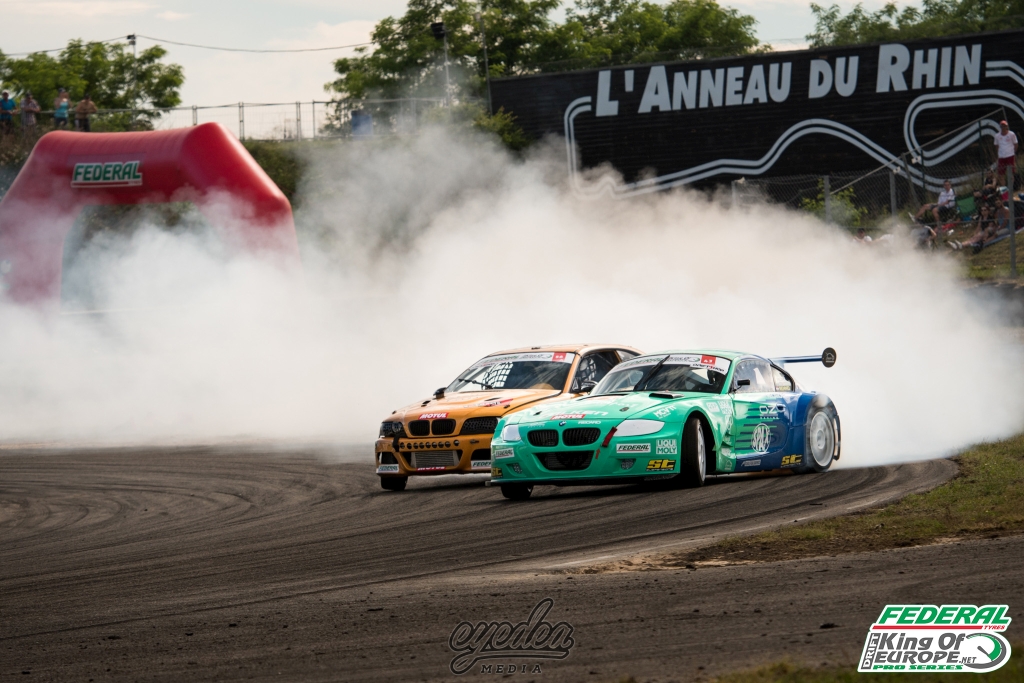 After successful practice sessions throughout Friday and Saturday, the drivers pushed hard in the intense summer heat to lay down their best lines for the judges. 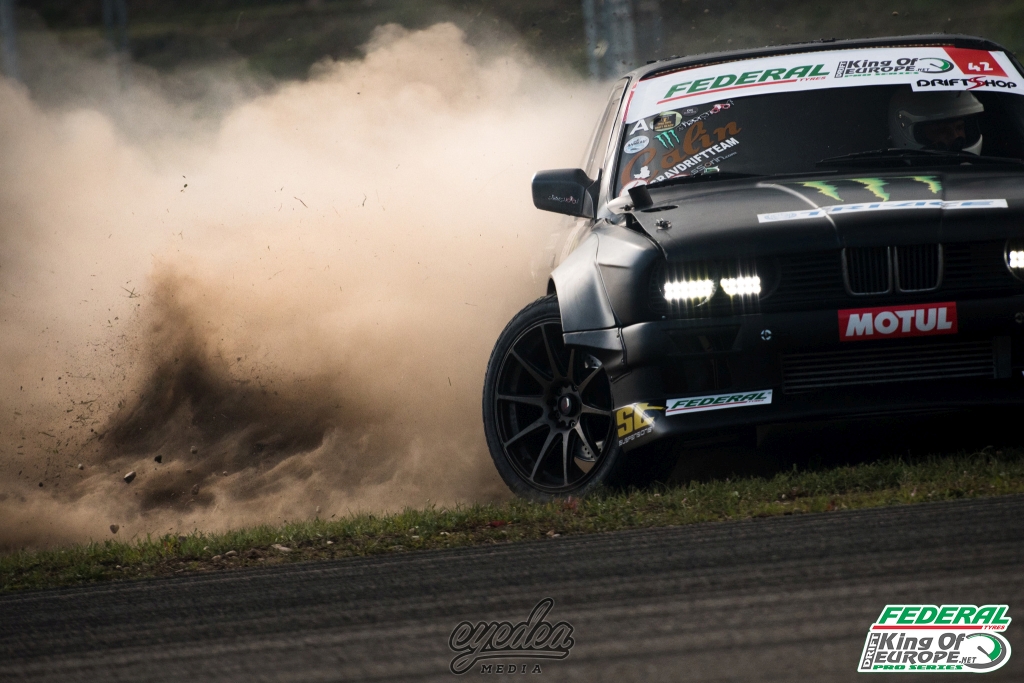 With a slightly different approach to the layout decided from Keiichi Tsuchiya last year, judges Stephen ‘Stiggy’ Evans and Vernon Zwaneveld would make the layout more challenging than ever to achieve the best from of the drivers. 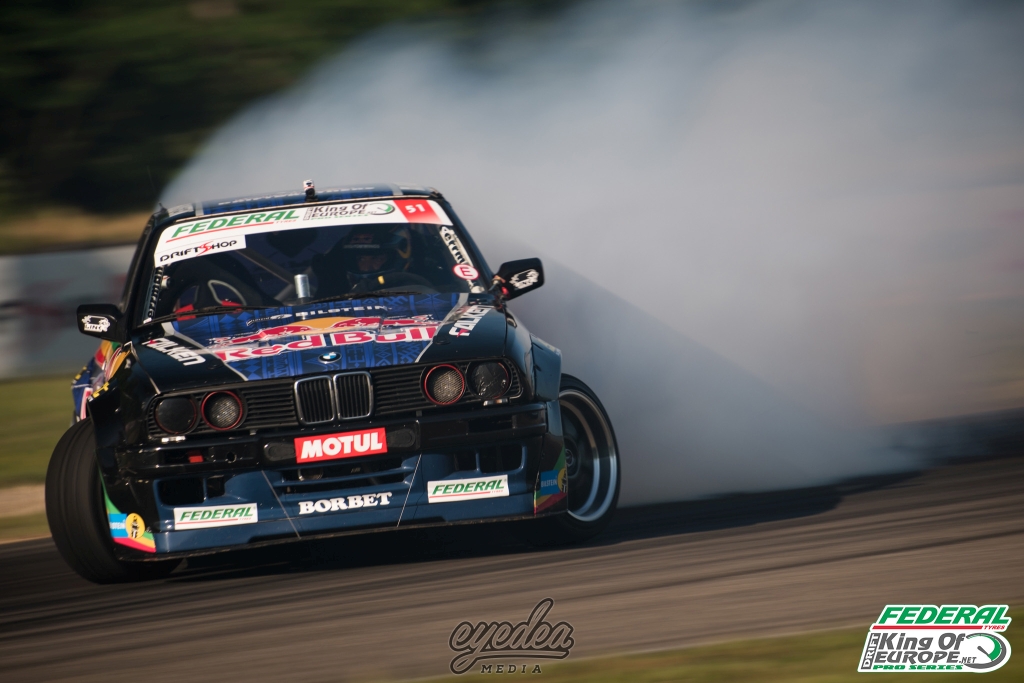 As qualification took place on Saturday afternoon, it would be Eli Hountondji who would land the top spot with an incredible run. His teammate Joe Hountondji would take second place, pushing the Driftbrothers higher than ever on the team rankings. 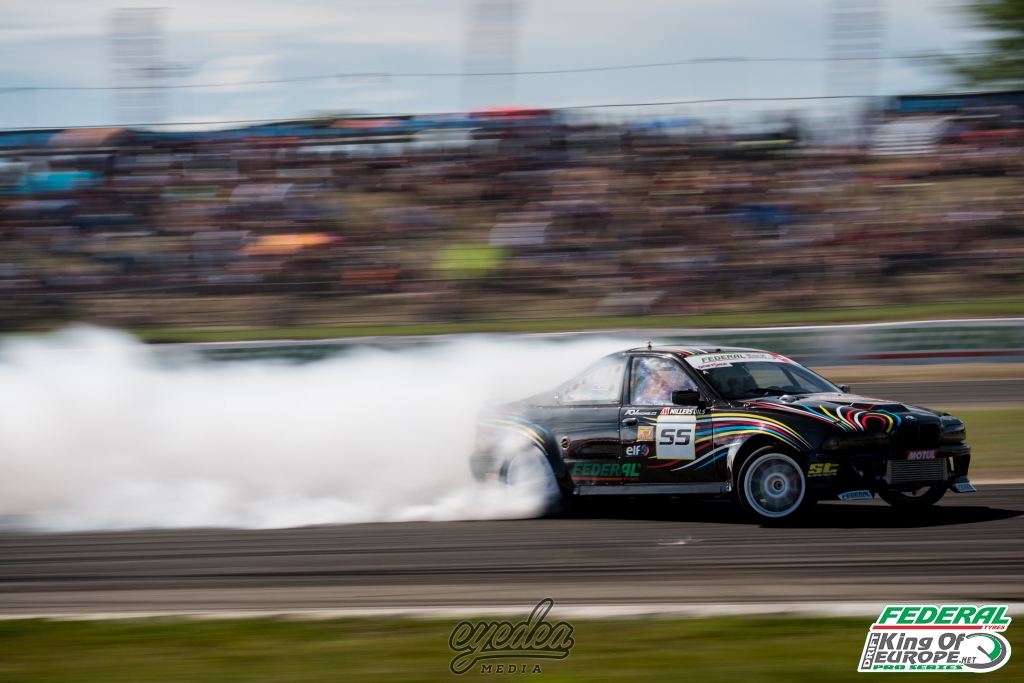 Rick Van Goethem would once again show fantastic form as he took third place and Remmo Niezen was keen to catch up from his absence in Spain to take 4th. Marko Zakouril landed the top speed of the weekend with an incredible 168km/h! 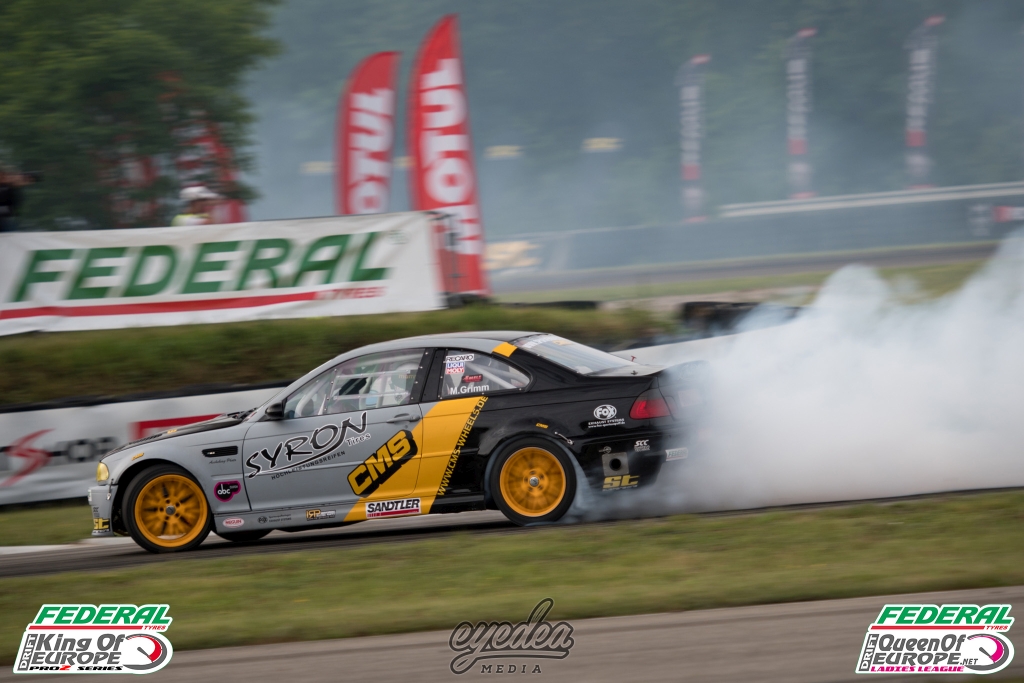 In the Pro2 series qualifications, Maxi Grimm would impress the most as he took the top spot with Sven Snoeks in second and Quentin Deleplancque in third. 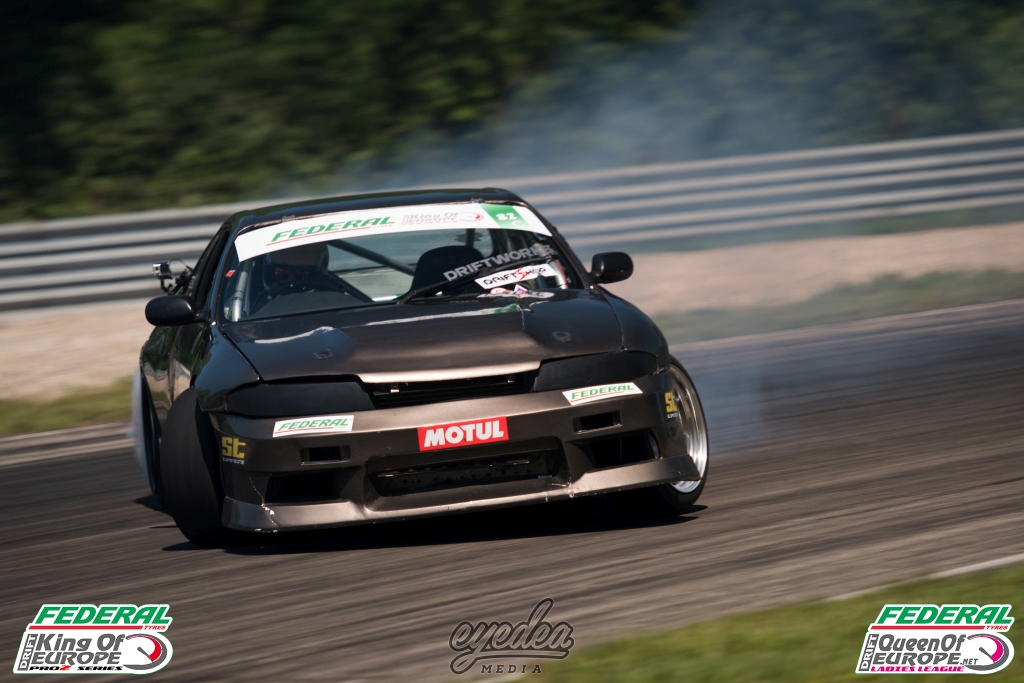 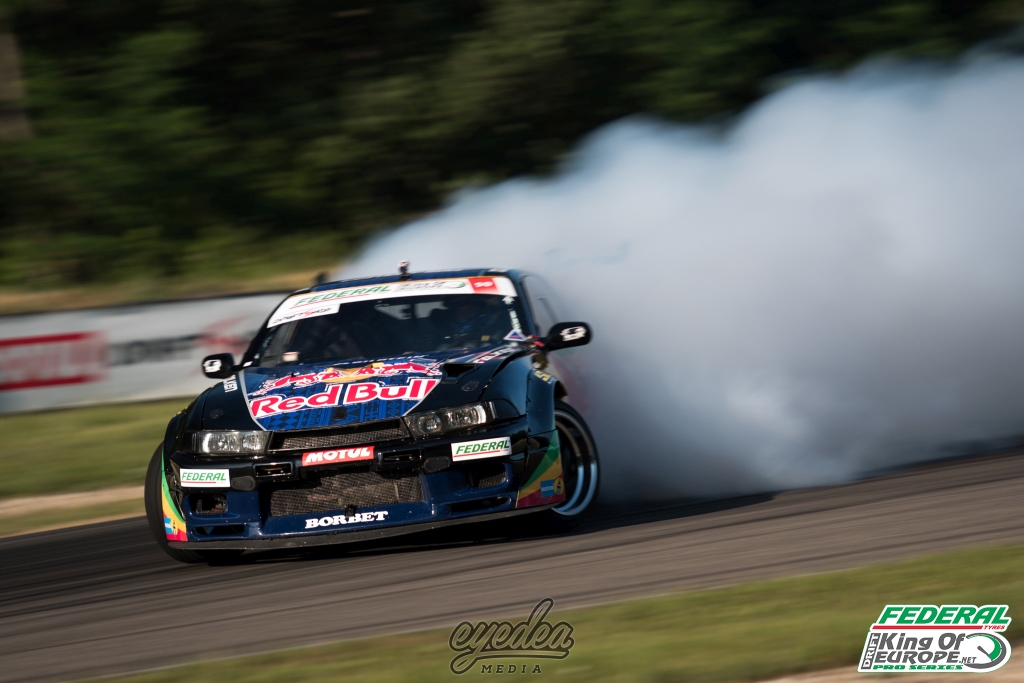 As the main event got underway for the Top 32 battles, it would be a surprising shock exit for the Driftbrothers as series leader Joe was knocked out by Laurent Cousin in the Top 8 and Eli by an in-form Alois Pamper in the Top 16. 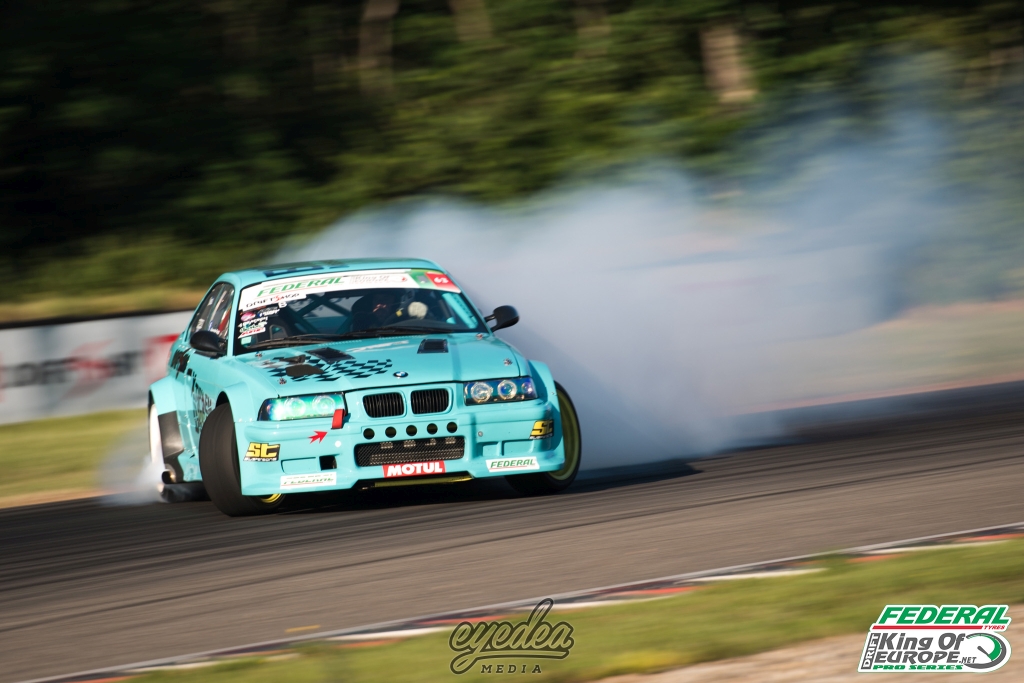 The Top 16 would also be an early exit for Axel Francois. After a blown engine during pracitce, he was forced to compete in team-mate Alexandre Strano’s BMW E36. Despite his best efforts it wasn’t enough to force his way past Delorme’s BMW E30 as he sealed his spot in the Top 8. 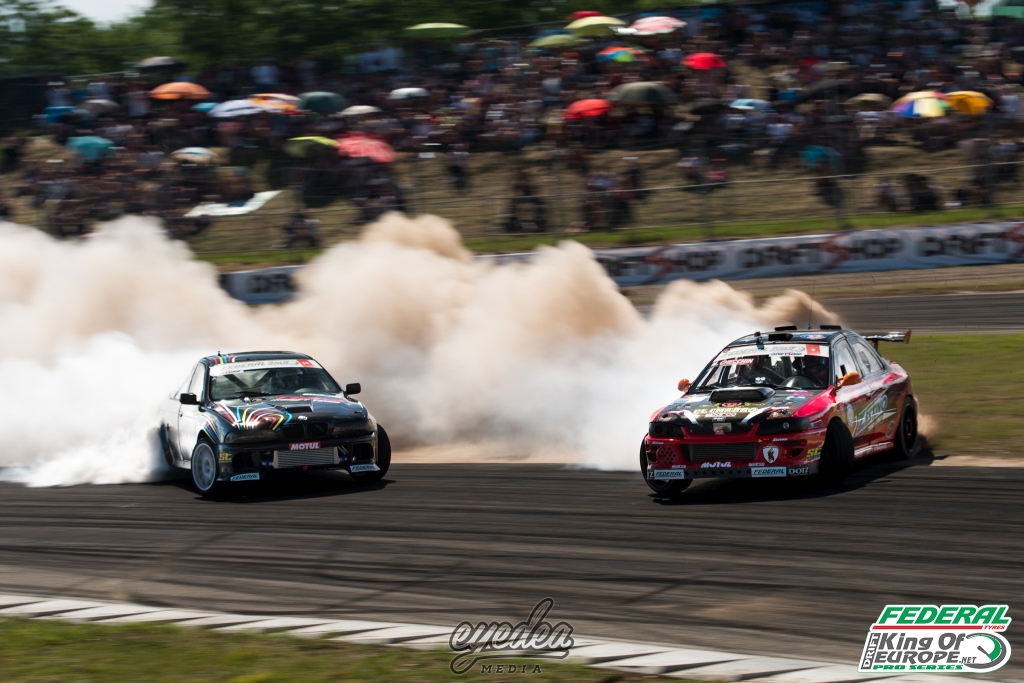 Italian driver Massimo Checchin powered his way through to the Top 8 before being stopped in his tracks by reigning Champion Remmo Niezen after a one-more-time battle. 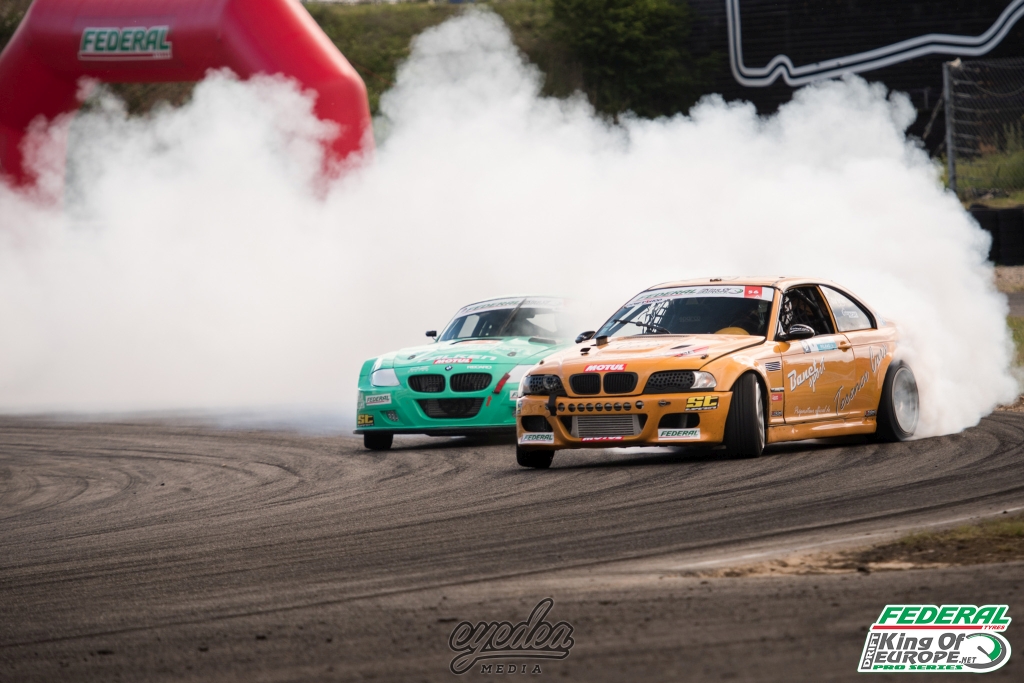 Laurent Cousin eventually flew the French flag the entire way through the intense Top 32 battles to land the top spot on the top of the podium. 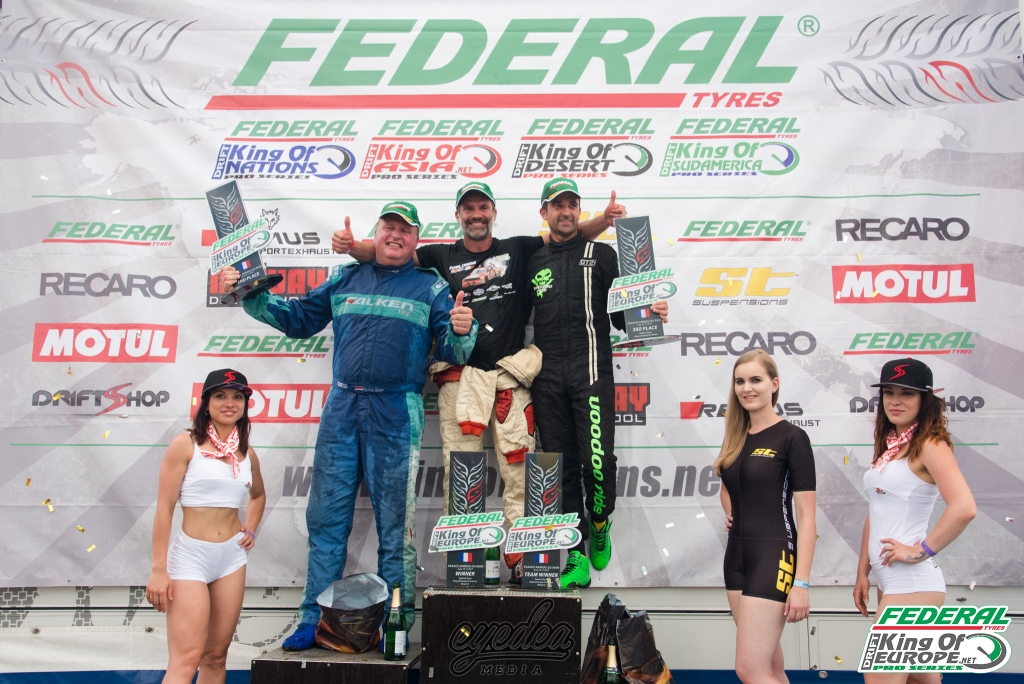 In a final encounter against defending King of Europe Champion Remmo Niezen, it would enter a deadlock as the judges couldn’t decide a winner, before Laurent Cousin eventually took the coveted spot after a one-more-time decider. 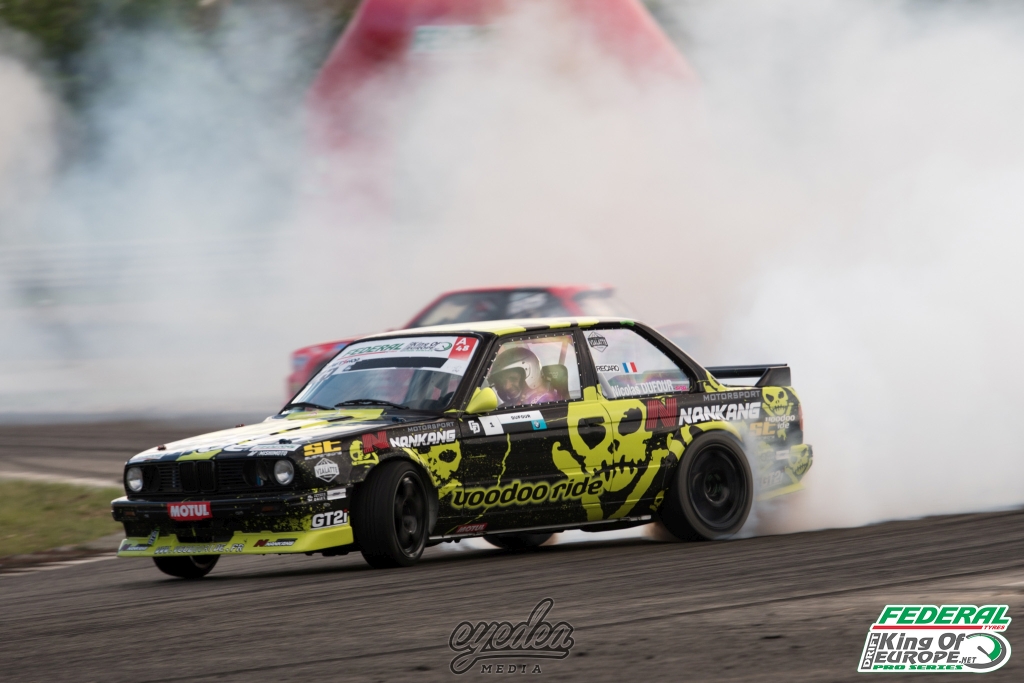 With the top two drivers decided, it would leave Nicolas Dufour to seal his place on the remaining spot of the podium after defeating fellow countryman, King of Nations reigning Champion Nicolas Delorme in the small final. 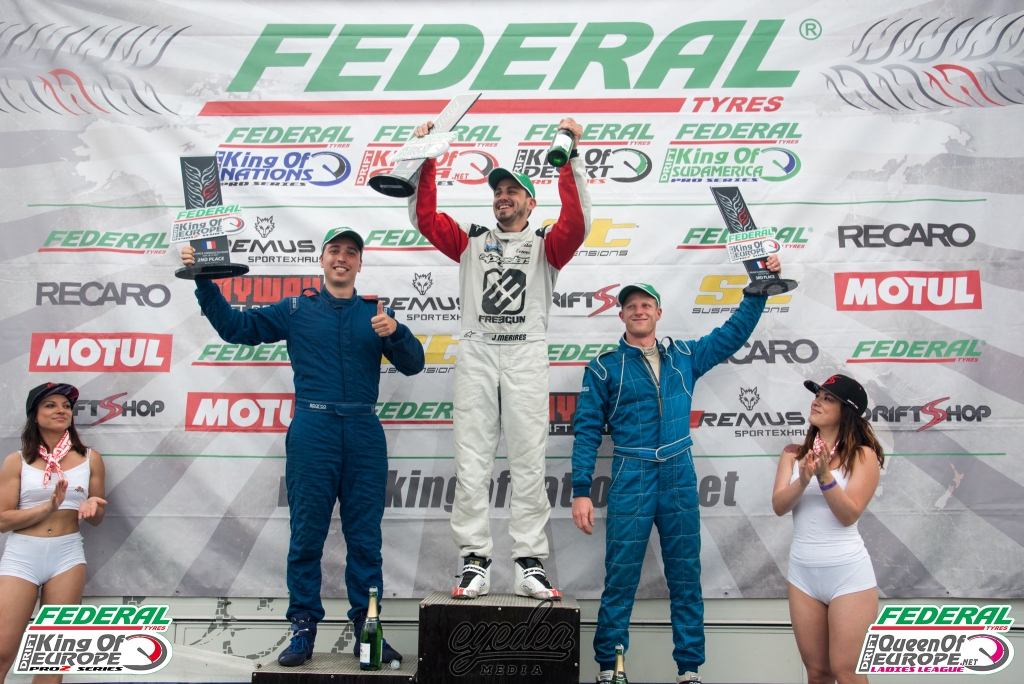 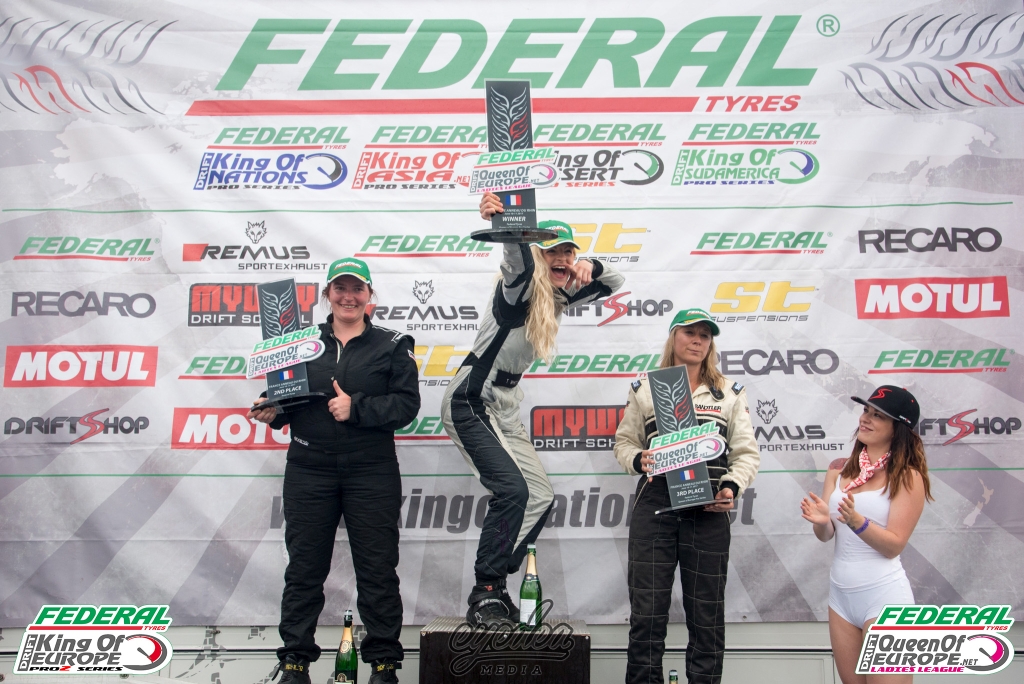 Tessa Whittock made the ultimate debut in the Queen of Europe series as she landed the top spot on the podium after an unfortunate car issue rendered Corinna Graff unable to battle. Sandra Junginger took the third spot after losing out to Corinna Graff in the small final. 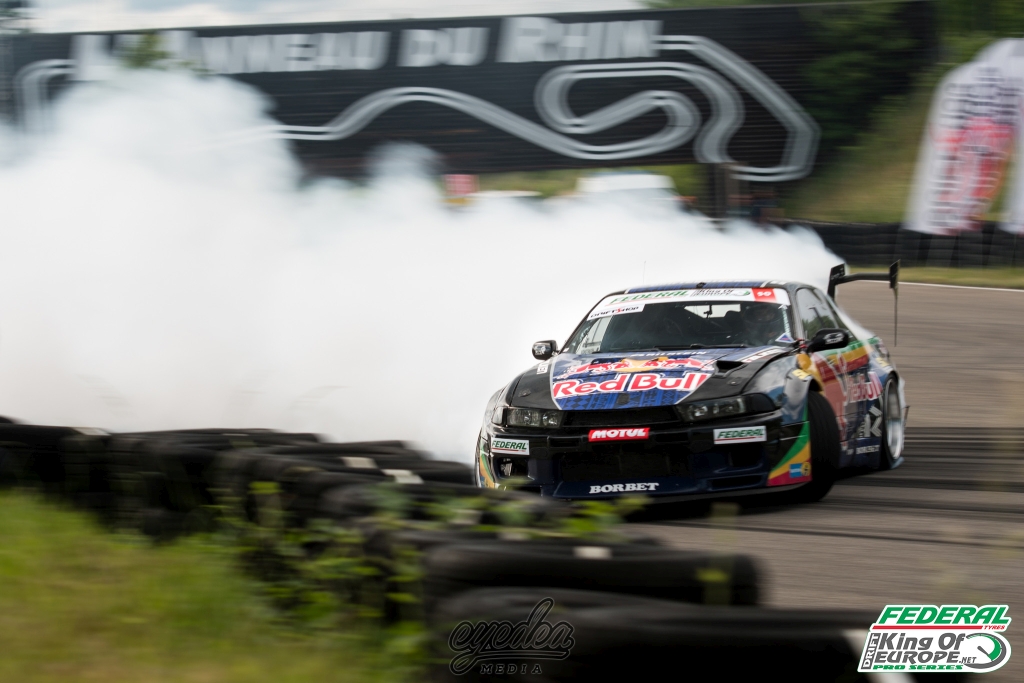 The current standings mean that Joe Hountondji remains on the top spot, with King of Nations Champion Nicolas Delorme in second and Eli Hountondji in third. Rick Van Goethem and Remmo Niezen follow closely behind in fourth and fifth positions.