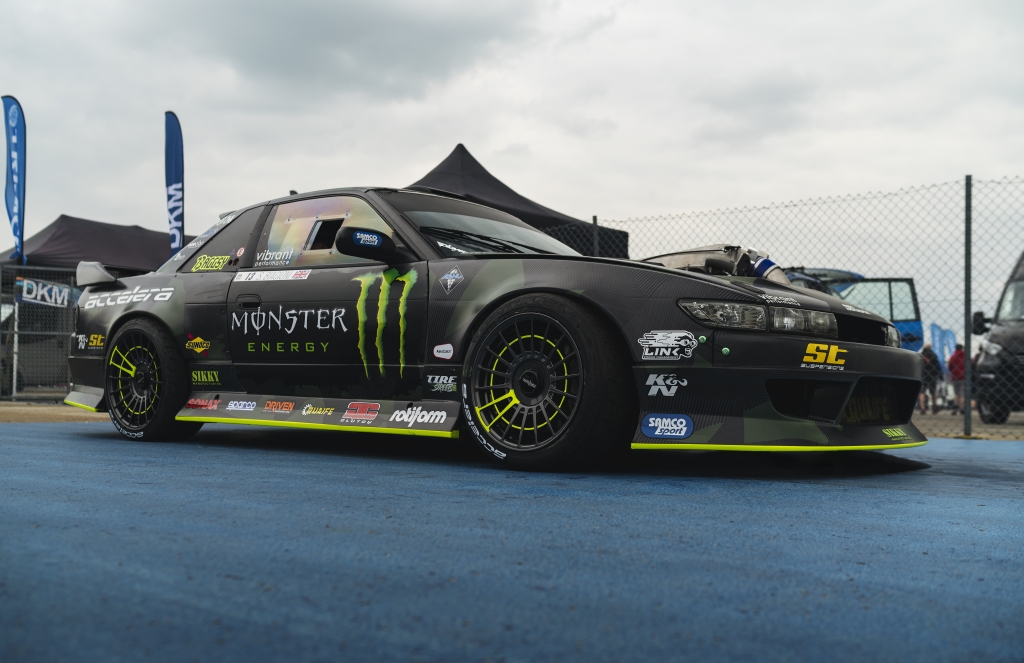 May kicked off for Baggsy with his freshly built #PS13V8 on display at Europe’s biggest Japanese auto show, JapFest. Taking over the prestigious Silverstone Race Circuit, JapFest see’s over 15,000 spectators through the gates and 4000 cars on display. It truly is a JDM nirvana, and the best place to debut a new build ahead of the race season. 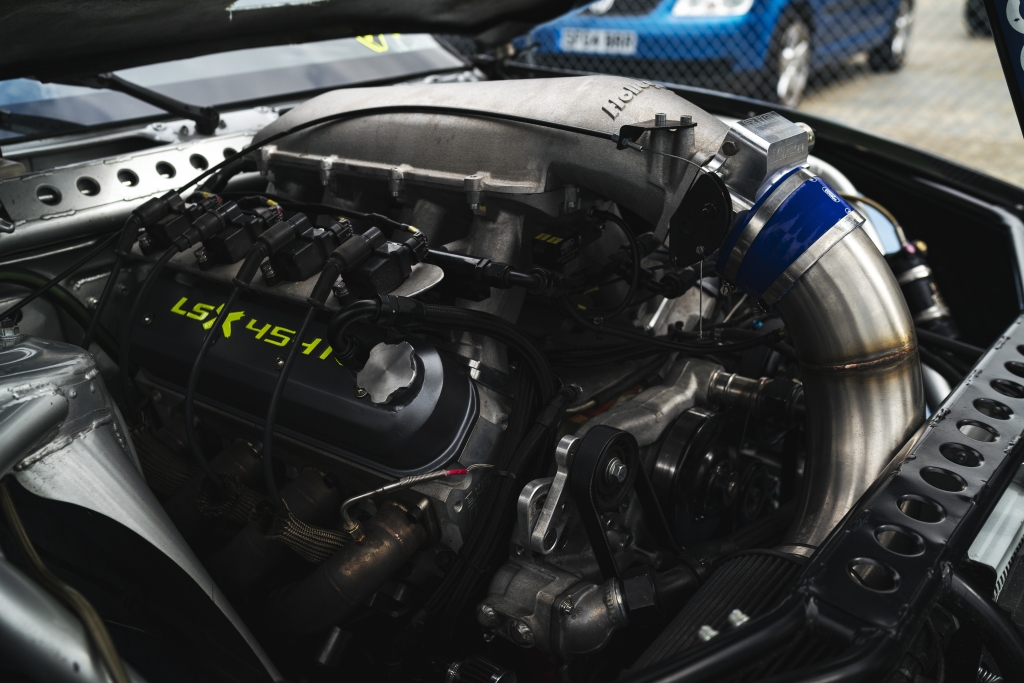 During the winter, the PS13 received a full engine rebuild and custom wiring loom. New Link ECU engine management and is now packing over 750bhp of N/A goodness. 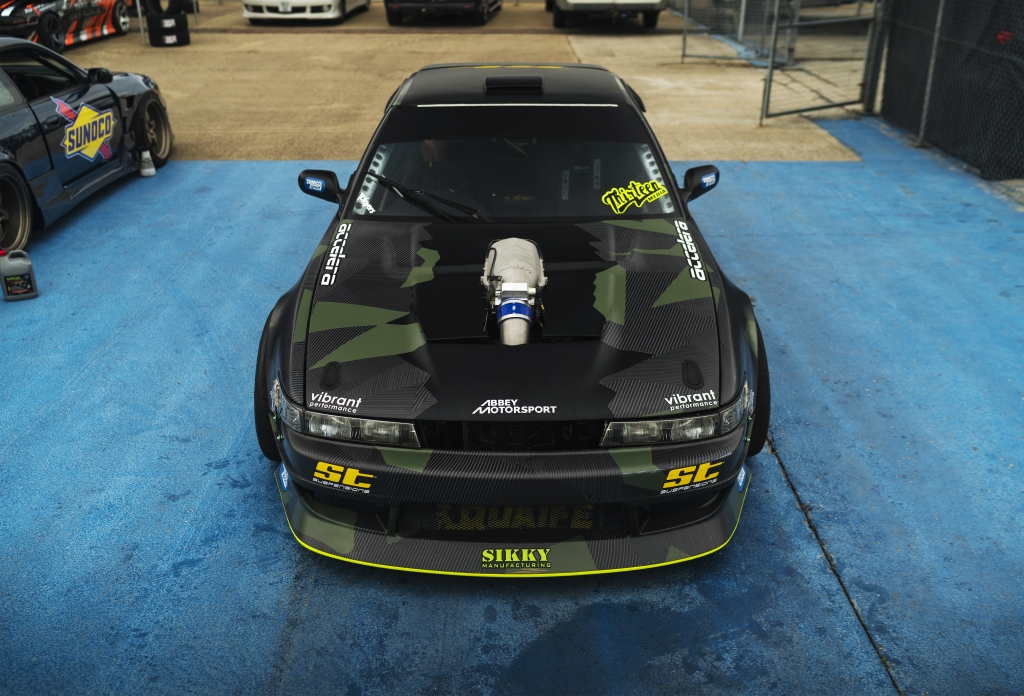 Next up in May was the much anticipated Round 1 of the Drift Masters European GP. Armed with his new 2019 comp car, Baggsy and the team headed for the PS Racing Center Greinbach in Austria. In true DMGP style, the 2019 season kicked off on the longest and most technical track in Drift Masters history. 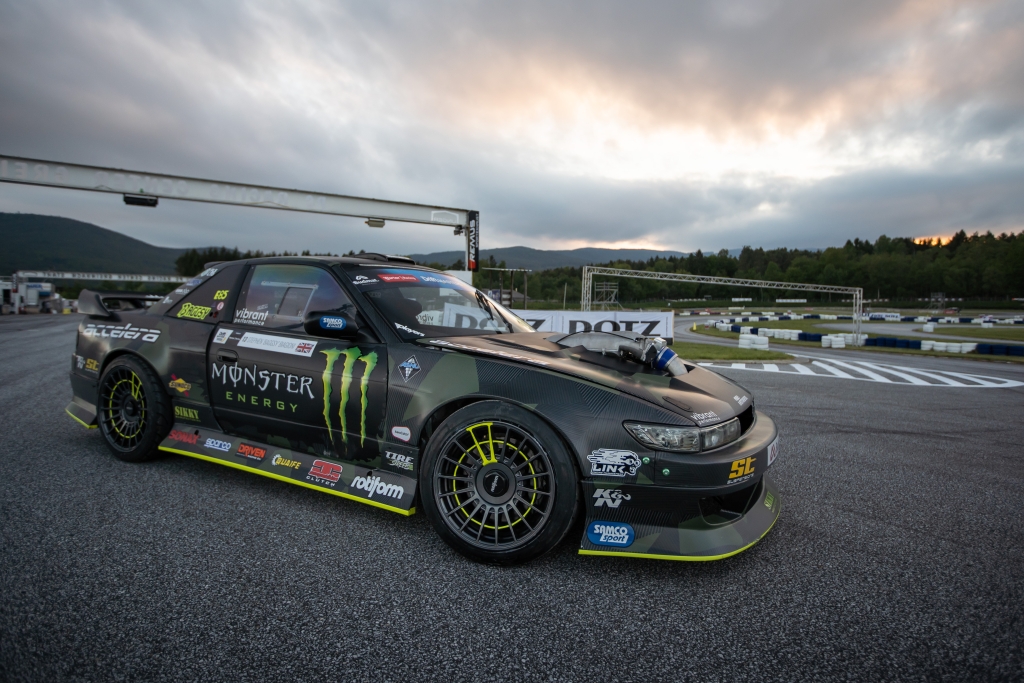 First up was practice for the drivers. With an increase in power, torque and other upgrades to the car. Baggsy and the team would spend the practice sessions working through any minor bugs and dialling in the set up of the car, ready for its first qualifying session of the 2019 season. 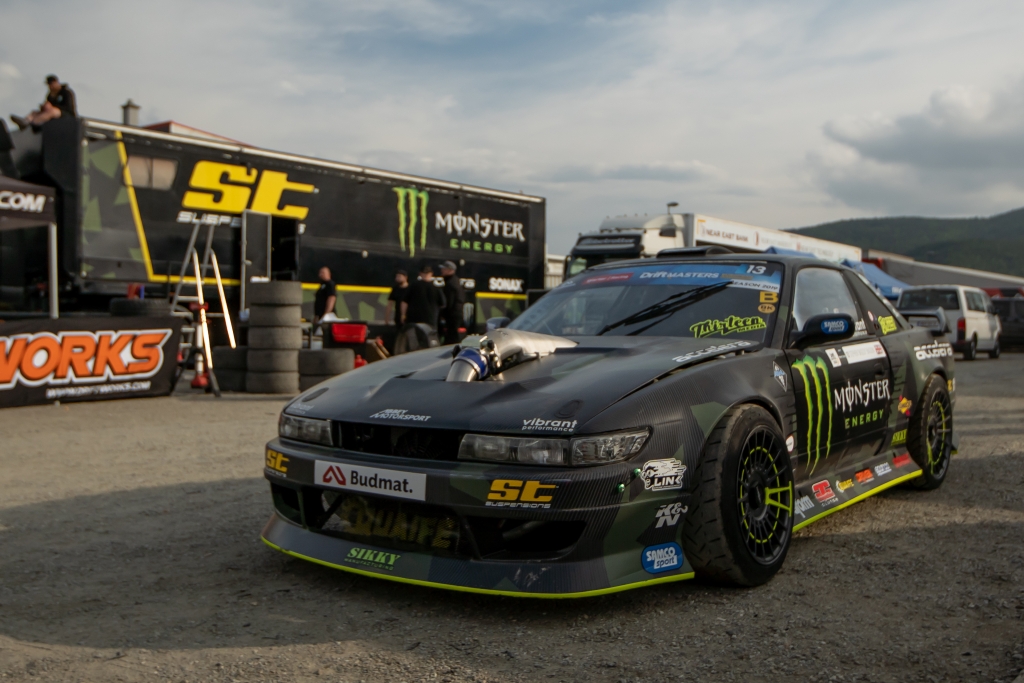 With his two runs in the bag, Baggsy would find himself sitting the 24 spot for Qualifying, and ready for battle on Sunday. 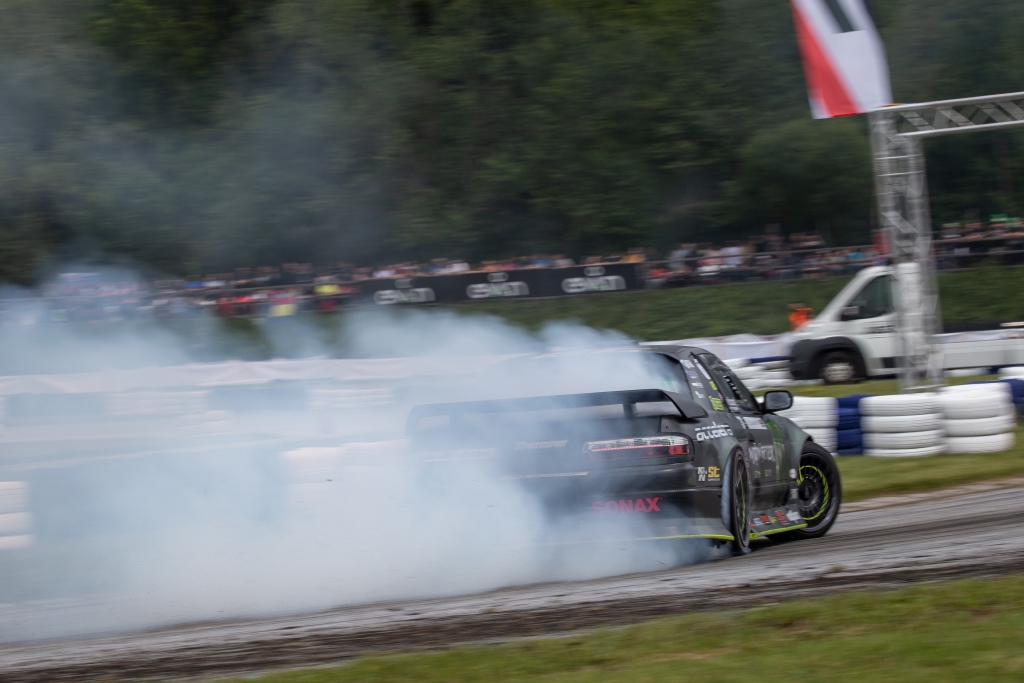 Sunday would see the main event day, and with a 5000+ crowd and live stream viewers topping over 100,000, all eyes were on the start of the 2019 DMGP season. Top 32 would see Baggsy against Finnish driver Juha Rintanen. 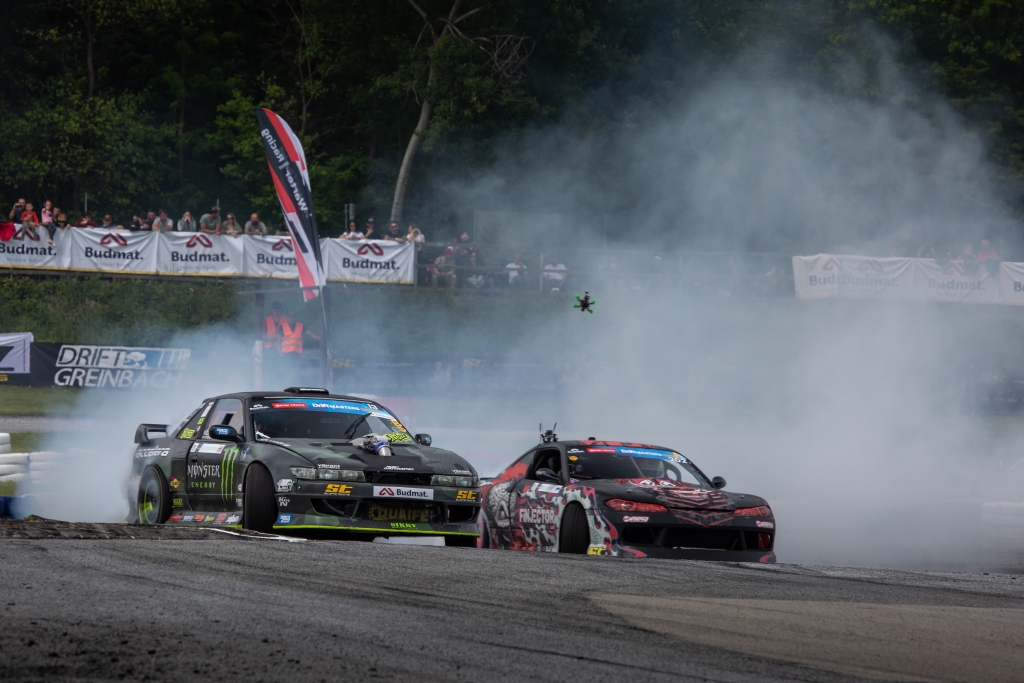 A hard fought battle with some minor mistakes from both drivers saw the judges go in favour of Juha, ending Baggy’s weekend early. But Baggsy was in high spirit, the newly built #PS13V8 performed without fault and promises to be a sure contender for 2019. 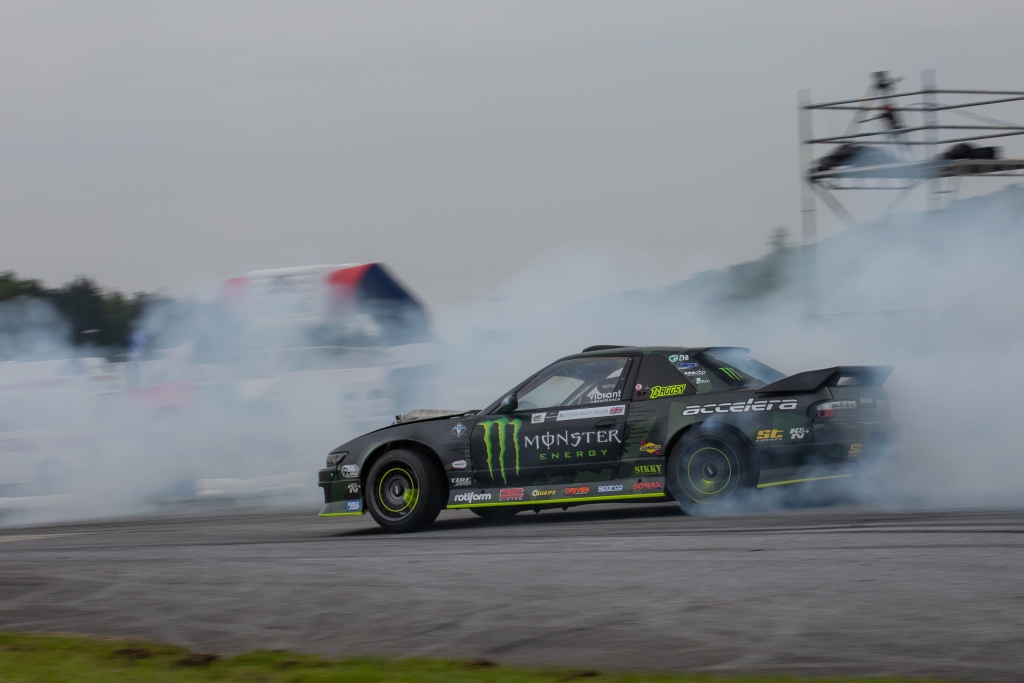 Last but not least, Baggsy’s #LSXR35 made a very special appearance on display at the Speedway GP in Warsaw, Poland. The PGE Stadion Narodowy, in Warsaw, played host to Round One. 55,000 passionate Polish fans packed into the stadium to watch the action. The #LSXR35 was on display with Monster Energy to promote the upcoming Gymkhana GRiD finals in Warsaw in September. 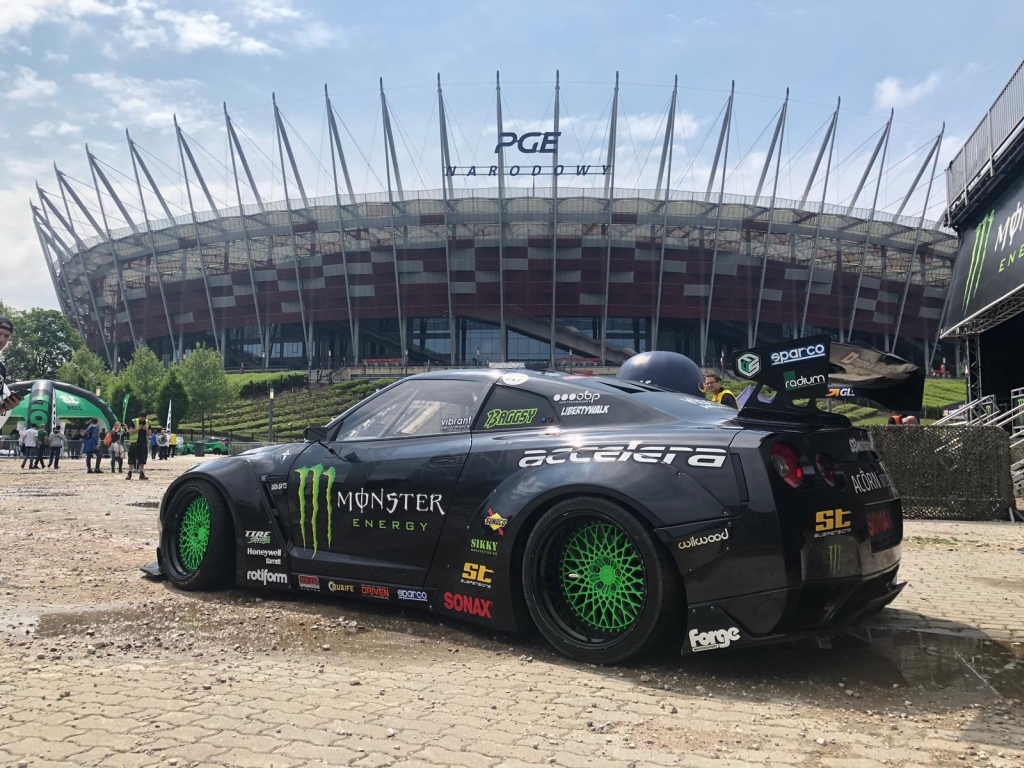 It’s been another busy, but awesome month for myself and the team. We have been working hard in preparation for Round One of DMGP, so it was great to finally get there and get some miles on the newly built #PS13V8. The car performed amazingly. Unfortunately we didn’t come away with the result we wanted, but we definitely learnt a lot about the new build and are ready to bring the fight to Round 2 in France. Was great to have the cars attend some more events for static display, and I can’t wait to get back to Speed Machine Festival to put on a show for the crowds along with some of the biggest names in UK drifting. It’s going to be a good one!