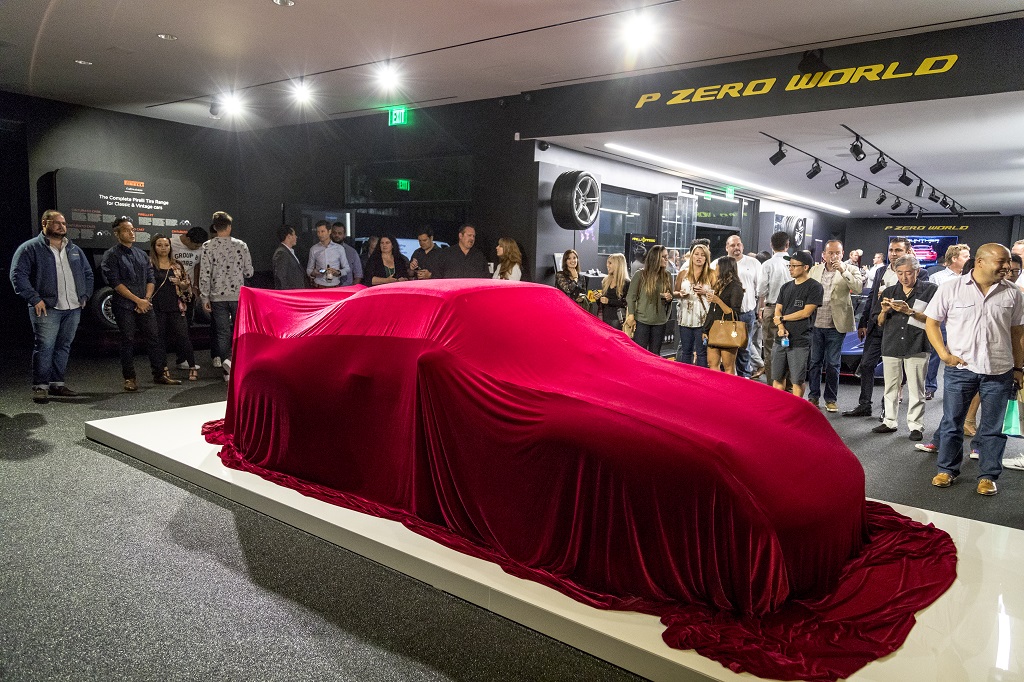 There is no contesting the Porsche 911 is a sports car. Basically, it really doesn´t matter which decade a 911 is from, in its respective time, a Porsche was and still is the ultimate series of sports cars. 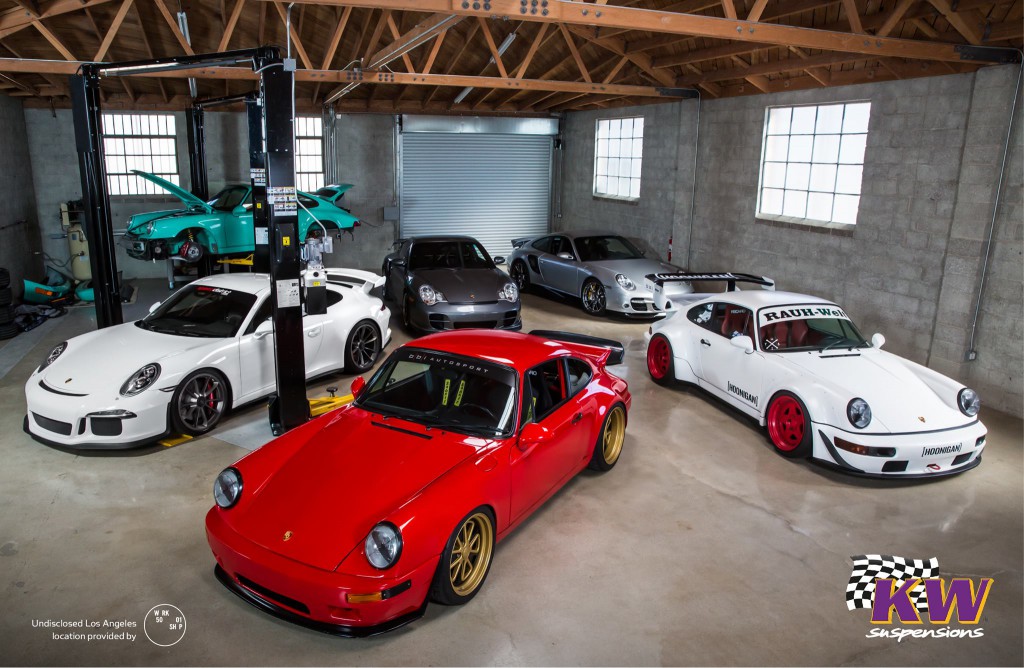 Although some purists see it a little different and miss that raw unadulterated honest character, that in their opinion, only the “old” air-cooled Porsche 911 possess.

For those who still want to experience a purer, direct, honest, but safer driving behavior in their “modern” Porsche, we have been able to help them out through the years with our KW suspension developments.

Even the old “F”- and legendary “G-models” benefit from our engineering – and it’s no wonder we even equip the modern Porsche 911 GT3 R (991) from factory with our racing suspension technology.

The “Über-Porsche” (in the eyes of some purists) 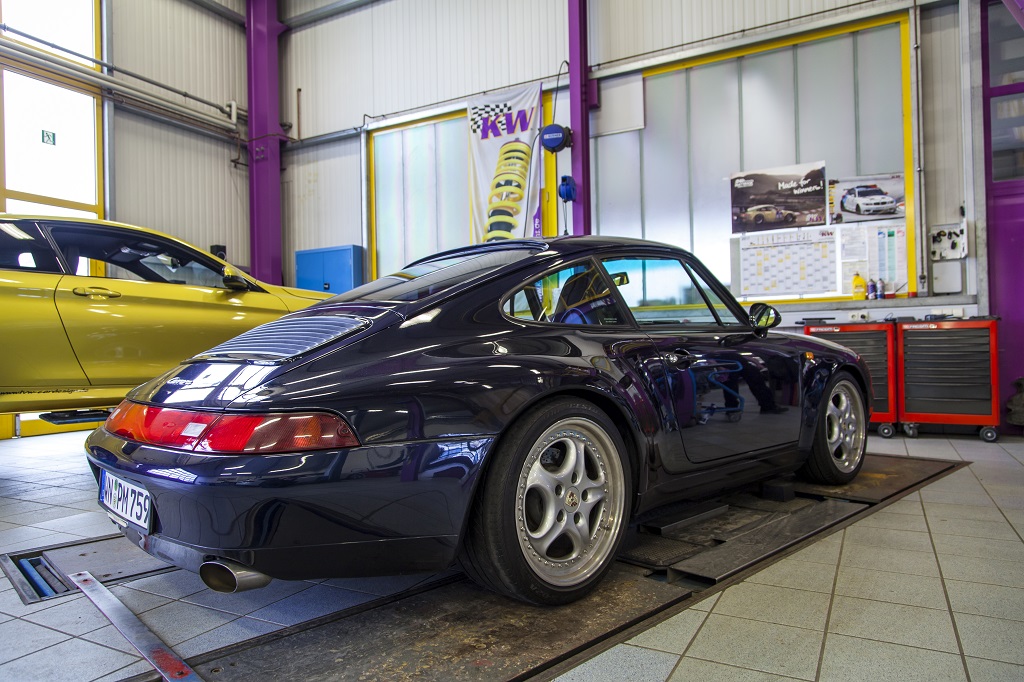 The Porsche 911 (993), with its air-cooled six-cylinder boxer engine, was built from 1993 to 1998 for die-hard Porsche fans. It is the last real Porsche 911 – as a professing 930-fan, I cannot really confirm this. Although at the beginning of the nineties, a 993 with its short wheelbase, fortunately only rudimentary existing electronics and with its air-cooled six-cylinder boxer sound, it was something very special. Today, since there are no more air-cooled Porsche models available, a real hype has developed around this 911. For the legendary Porsche, exorbitant courses are called on some classic cars and modern classic car fairs. 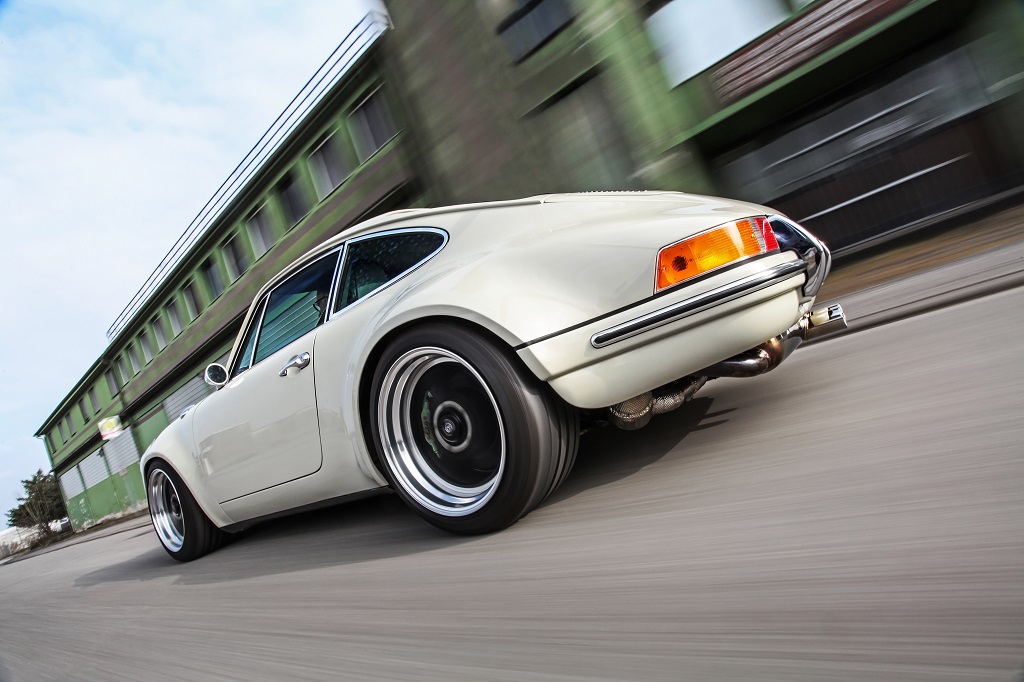 Some desired prices are as high that one actually gets much more for his money with a “Back-Date” from Singer Vehicle Design (964 as basis) or Kaege Automobile (993 as basis). For those who love it more original, Marlon Goldberg from Workshop 5001 is also a suitable contact person. 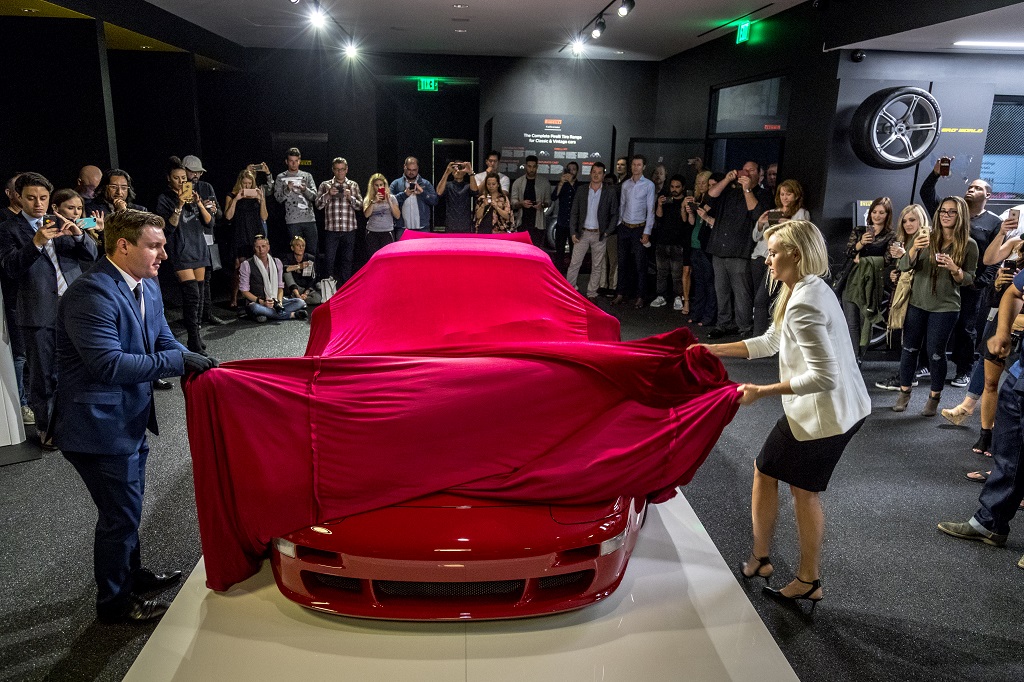 Especially for the Porsche 993 purists, recently there is another contact for the pure Porsche driving pleasure: Gunther Werks from California. This is a “Porsche Forge” (I want to say a 993 heaven in California) founded by Peter Nam, which set the target to build a spectacular Porsche 911 on the basis of a 993. 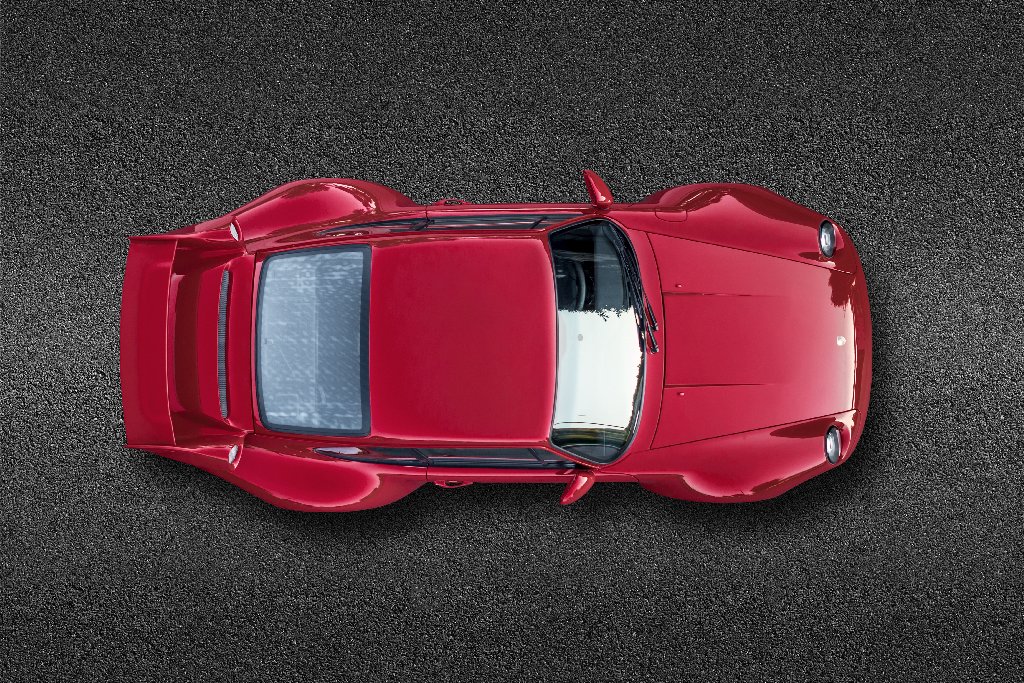 “I am a huge Porsche 911 GT3 fan; but the story of success of the GT3 unfortunately just started with the 996”, said Peter Nam, who is known in the US American aftermarket industry. He is founder and managing director of Vorsteiner. “For many Porsche purists, the 993 is the ‘Holy Grail’ and the best Porsche ever built by Porsche. With our Gunther Werks 400R, we are now building the ultimate Porsche.” As someone who comes from the home of automobiles and above all, the home of Porsche, of course as a piston head I get a bit sensitive hearing such a statement. Although to be honest, the ultimate price for building the 400R is car is approximately $525.000 USD and the price of the basic Porsche 993 is not included in that. 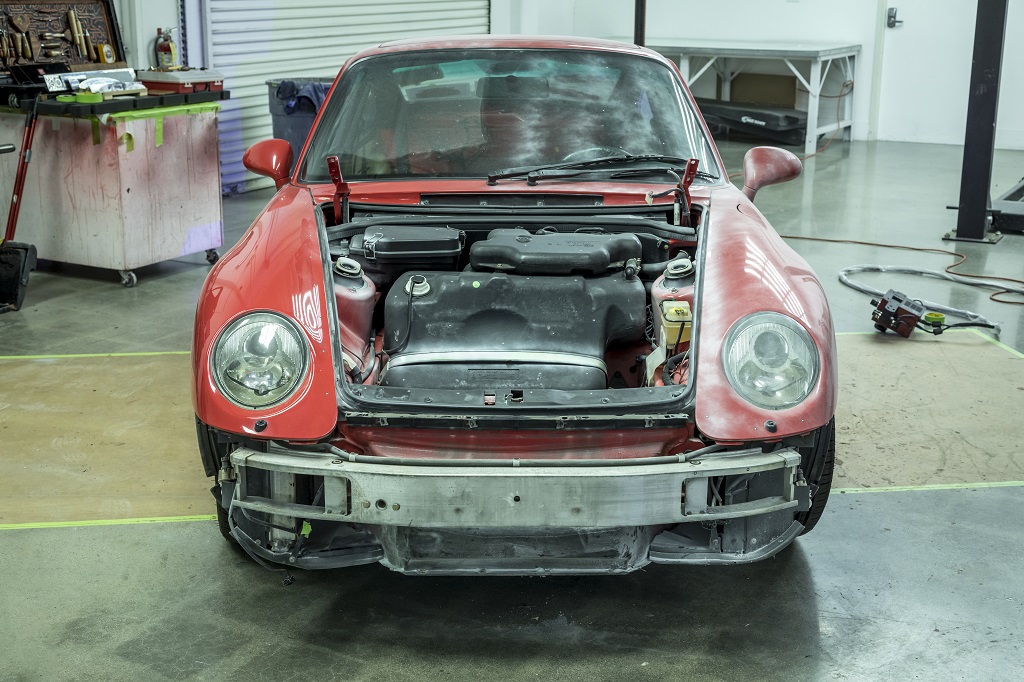 “The idea for the 400R simply came from my enthusiasm for Porsche vehicles. Everyone in the company and my friends thought I was crazy when I started to implement the plans for the Gunther Werks. We at Vorsteiner have successfully been manufacturing high-quality aerodynamic kits for different vehicles for 14 years, and we have built up an immense knowledge during this time that we can bundle at Gunther Werks and so we are able to realize 80 percent of the Porsche conversion directly at our company.” 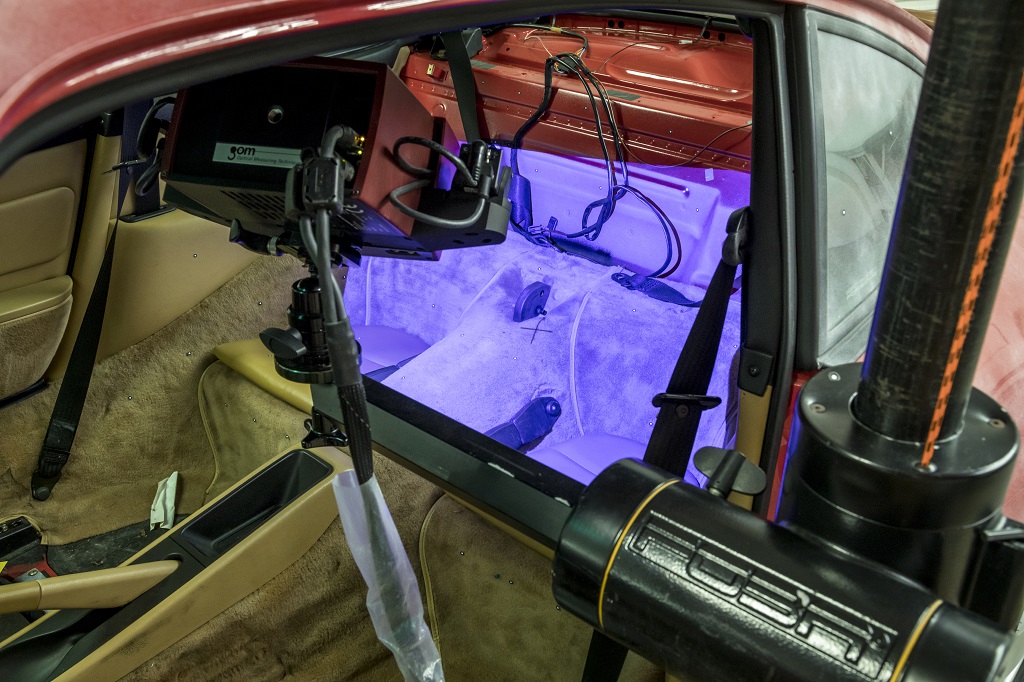 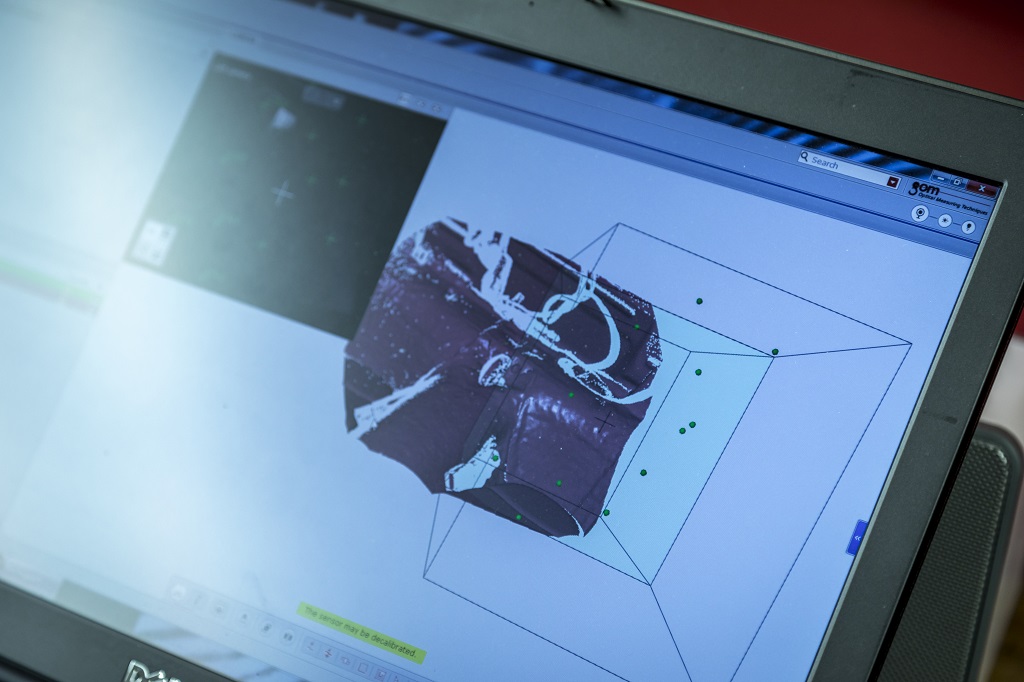 Even with what a meticulousness, the Americans started the project, is in a way a bow to the Porsche engineers and the former Porsche chief designer Harm Lagaay under who´s lead Tony Hatters car body design of the 993 was implemented for the series. 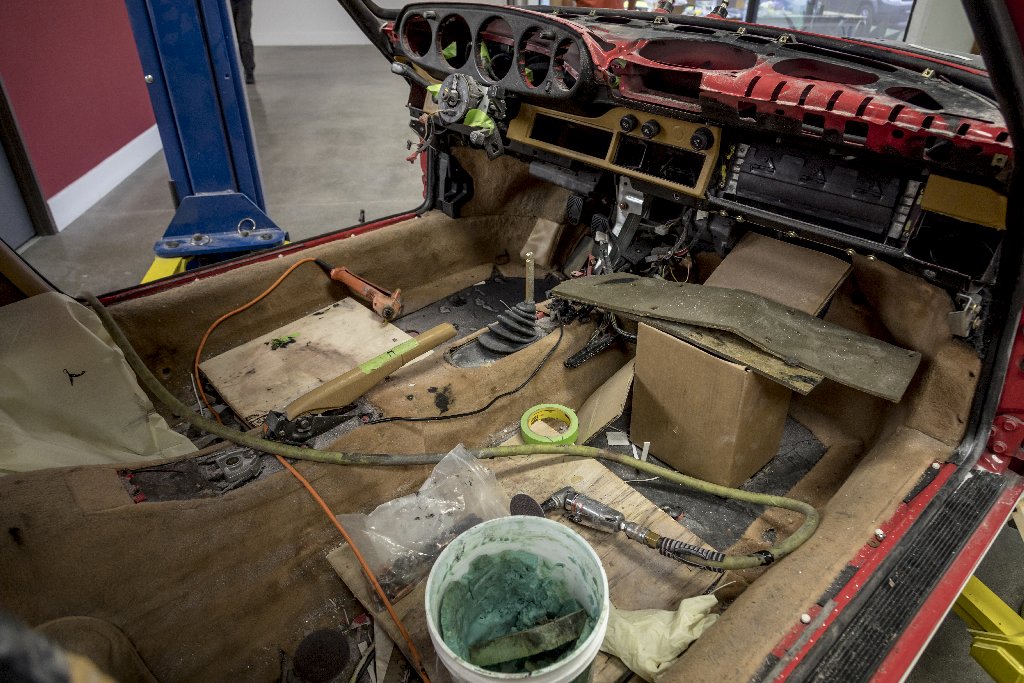 For the first 400R, an old Carrera was completely dissembled and restored on the basis of the body, and more than just building it back up again. Basically, a Gunther Werks is much more than just a restoration with some tuning and motor sport accessories; it is the new interpretation of a Porsche. 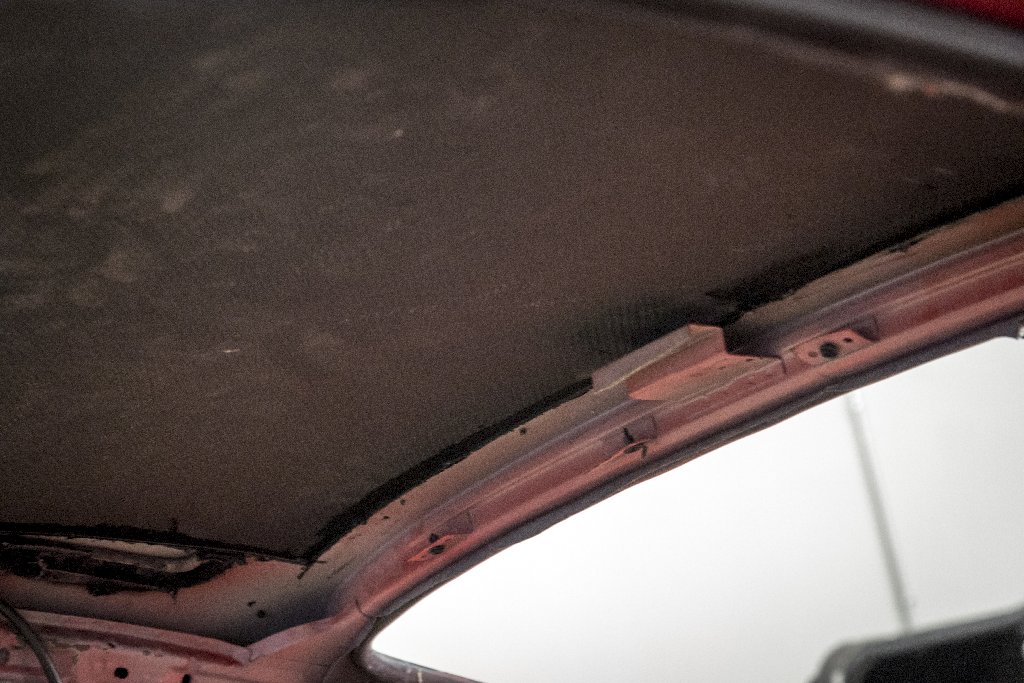 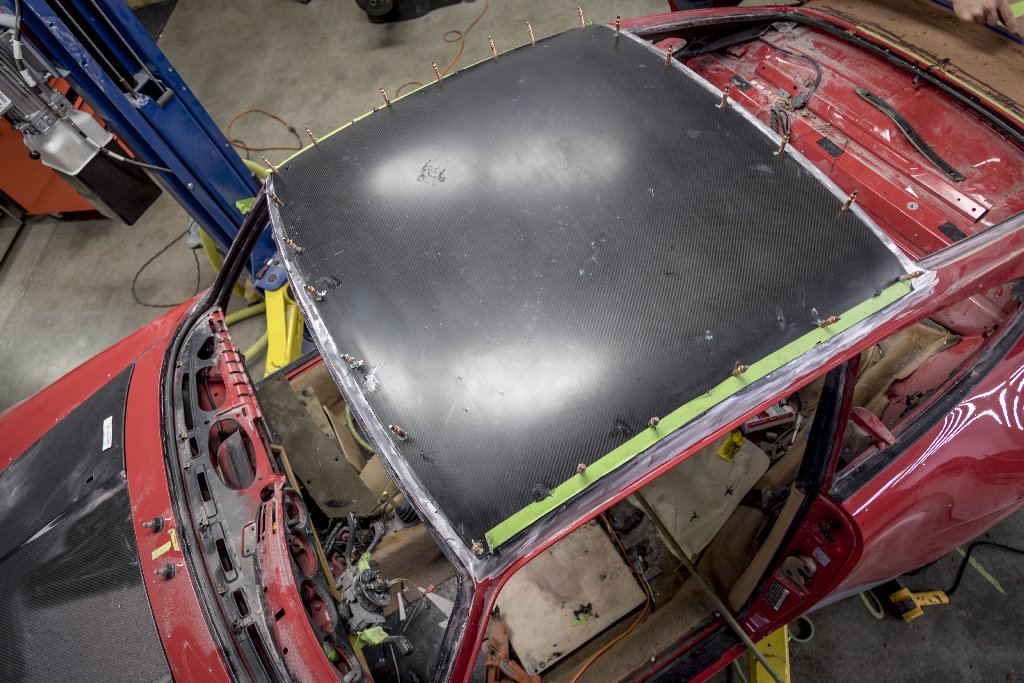 A maximum of 25 cars of the small series will be built, and the trunk lid and the roof will no longer be the only items made of light carbon fiber. All aprons, fender extensions, and the rear wing will later be made of a carbon fiber composite material. 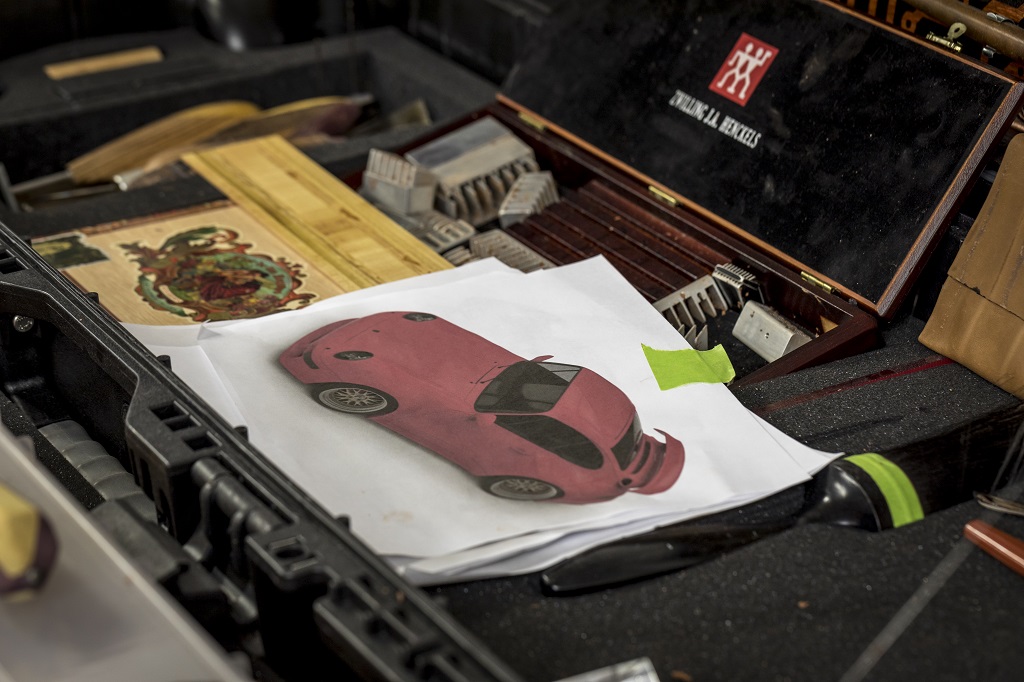 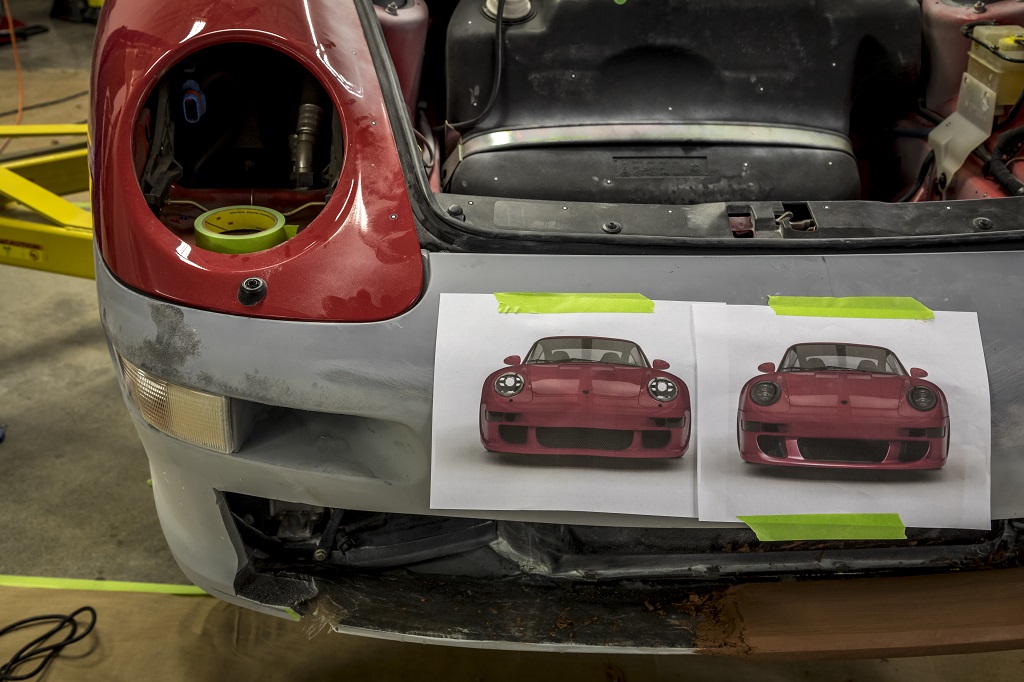 I personally like the fact that the Gunther Werks designers didn´t have the idea to sacrifice the original design language of the 993 for their Porsche reinterpretation. On the basis of different design layouts, the first proto types of the new body construction were created in elaborate detail. 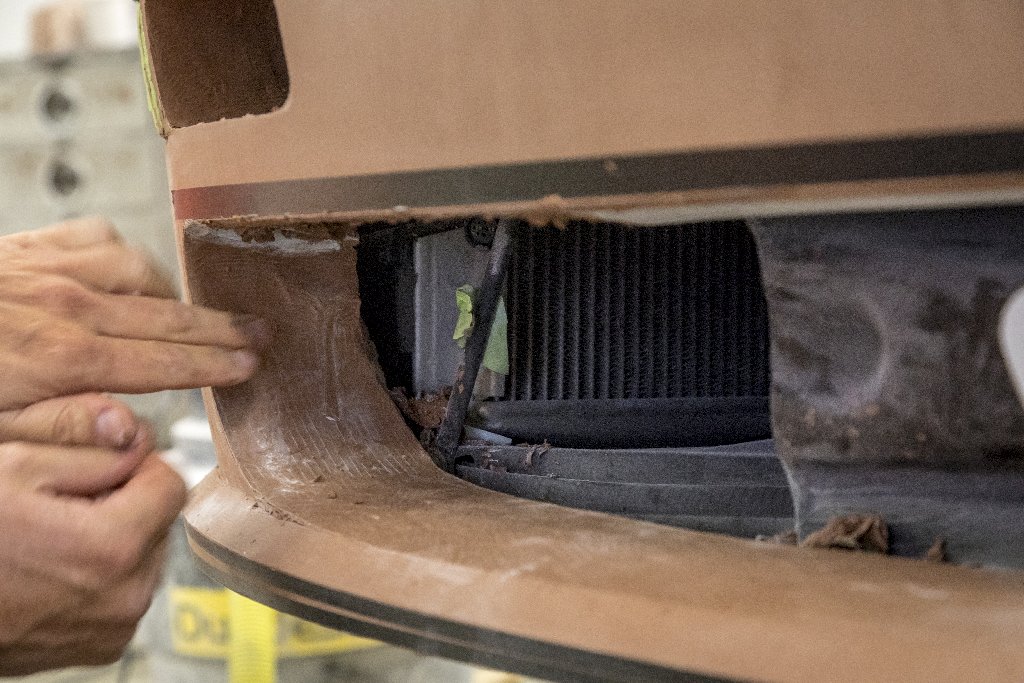 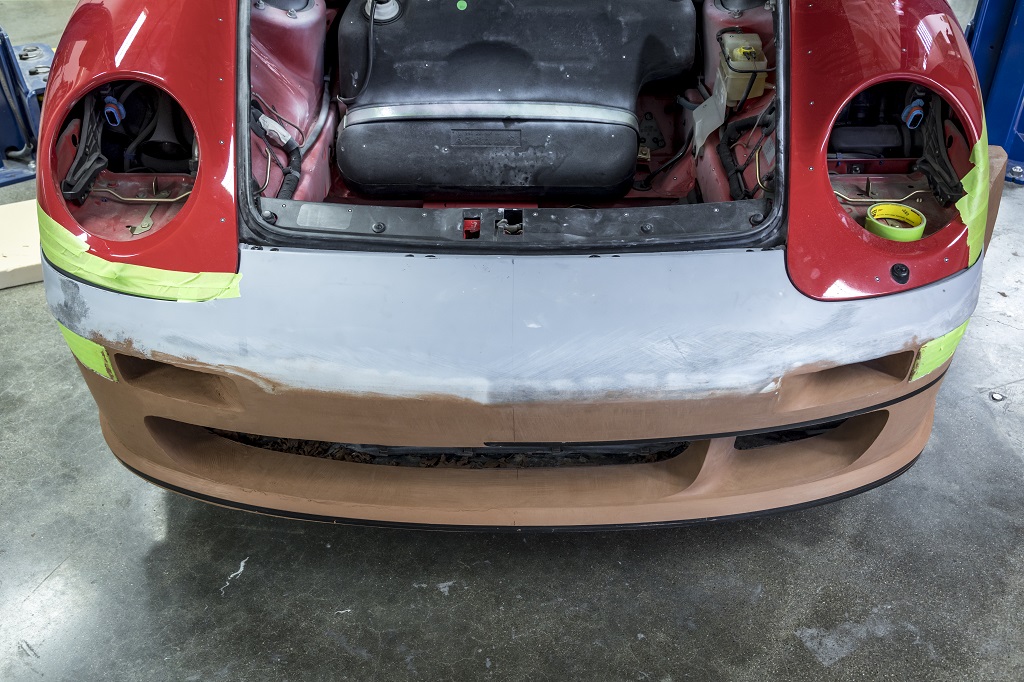 With the help of clay, the final design was implemented in original size on the template. How many times the clay was deformed, for example just for parts of the front fender, no one knows anymore. 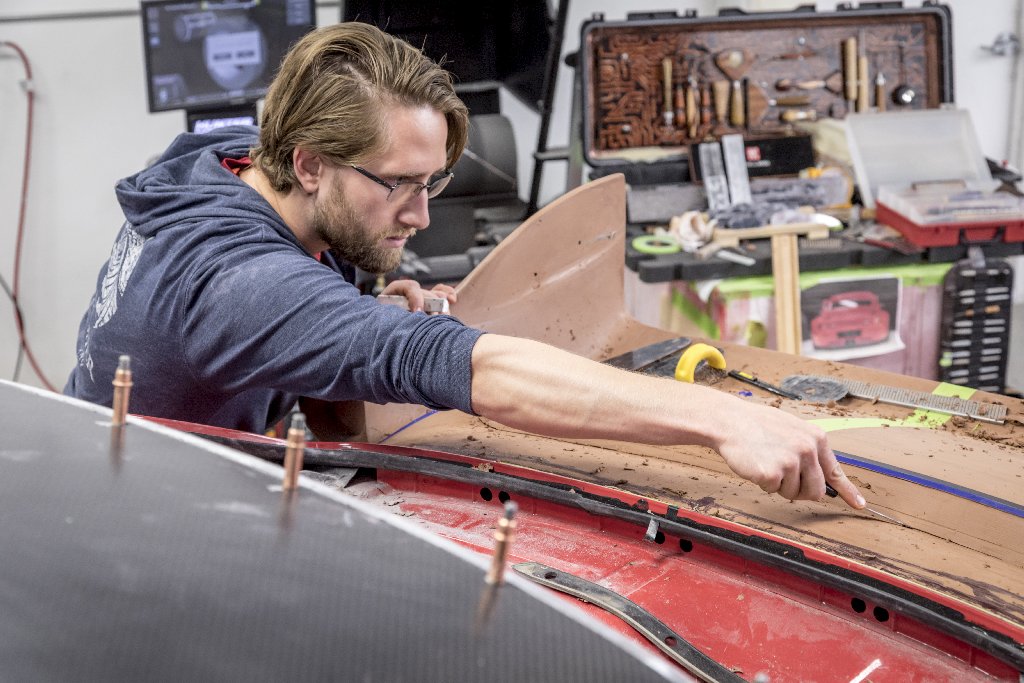 For hours the designers worked on the prototypes of the aerodynamic components. The fact that passionate perfectionists were working on it, is not by accident. 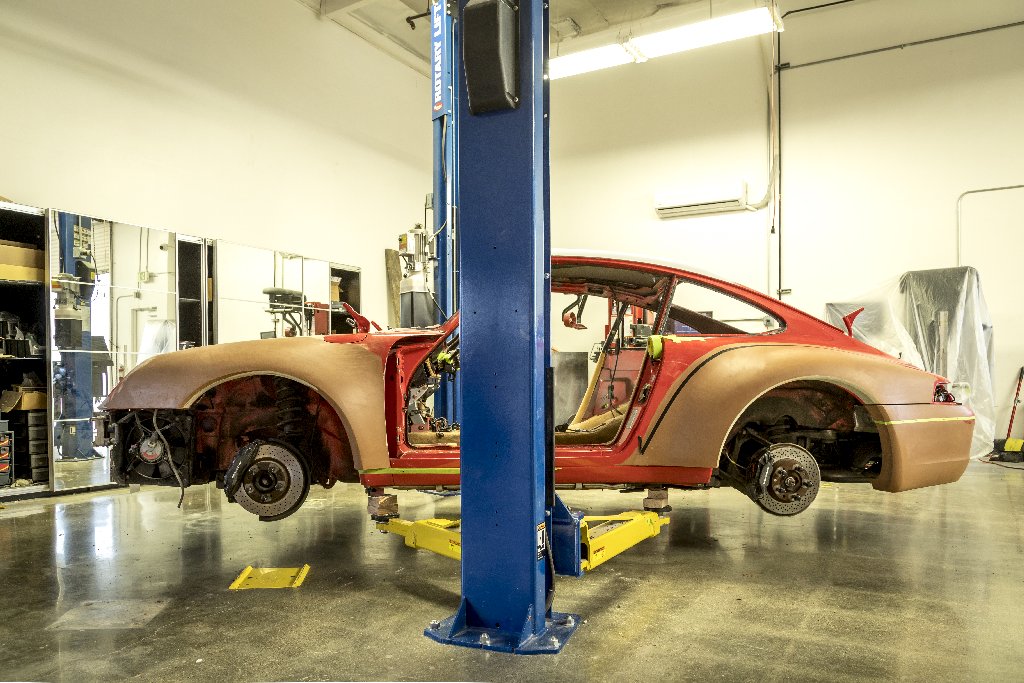 The namesake of Gunther Werks is Günter Wendt, born in Berlin in 1924. After World War II, the engineer immigrated to the US and worked several decades for the NASA until he retired. There he was very liked by astronauts of the Apollo missions because of his caring and pedantic nature. 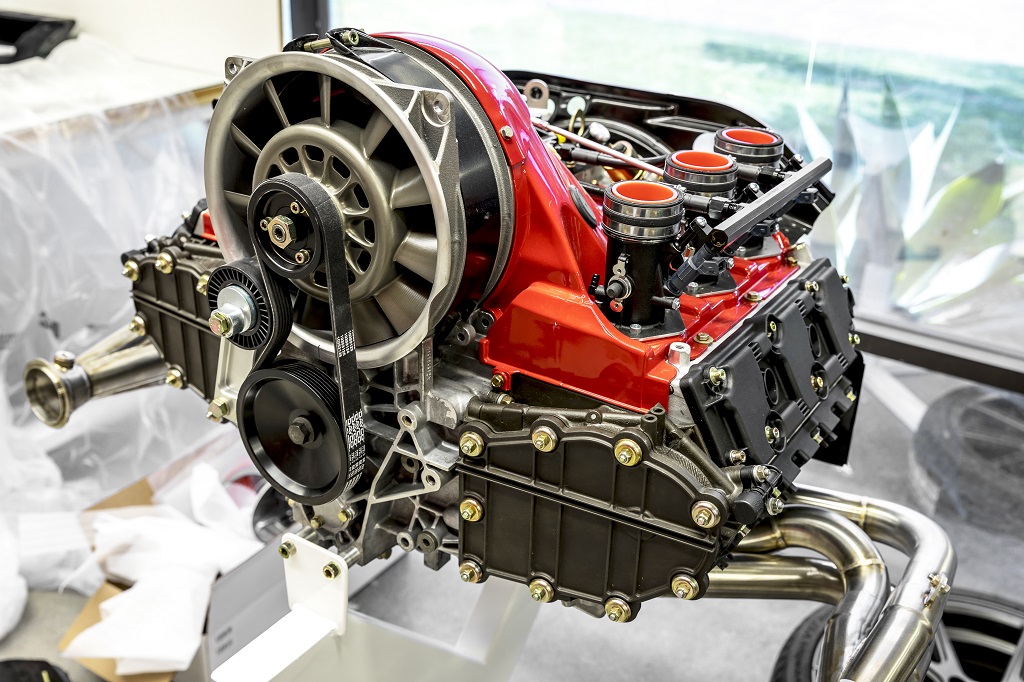 The heart of the Gunther Werks 400R is a 4.0-liter, naturally aspirated flat-six engine. The high-revving boxer was built by Rothsport Racing and it revs up to 7800 rpm, bringing 450 Nm and 400 hp in an overhauled and modern six-speed manual transmission custom-built by Getrag. Of course there is a limited slip differential on board. 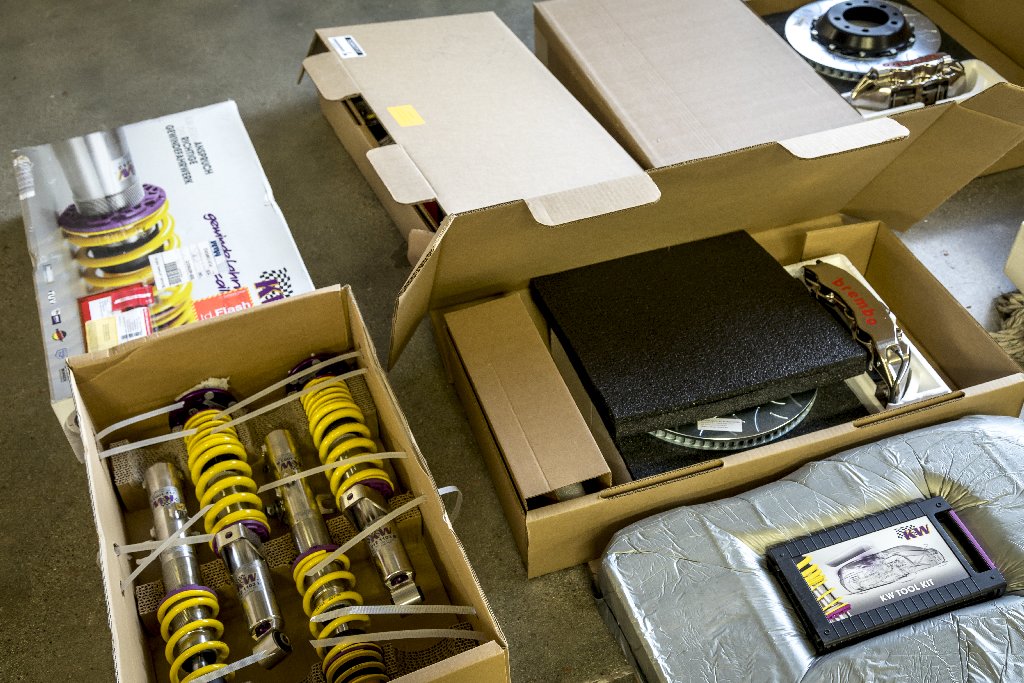 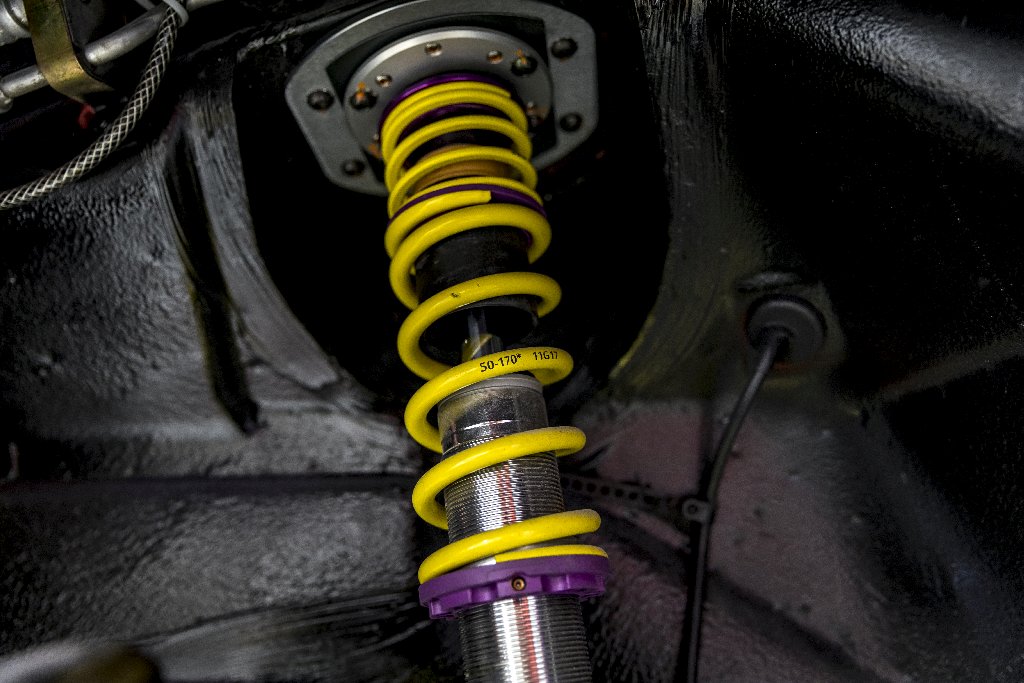 During the conversion, Gunther Werks decided to extend our KW Clubsport coilovers with a KW HLS kit (hydraulic lift system). 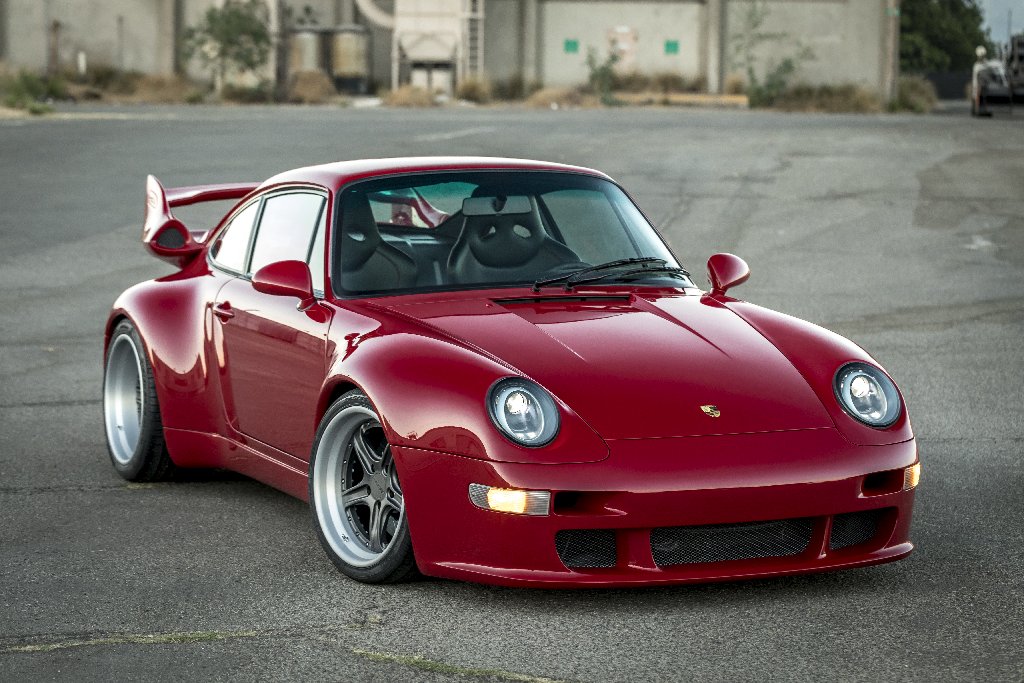 By the push of a button, the body can be lifted up to 40 mm while driving, in case a parking garage ramp is too steep for the carbon fiber body kit. The front fender is just way too nice to be the victim of a ramp. 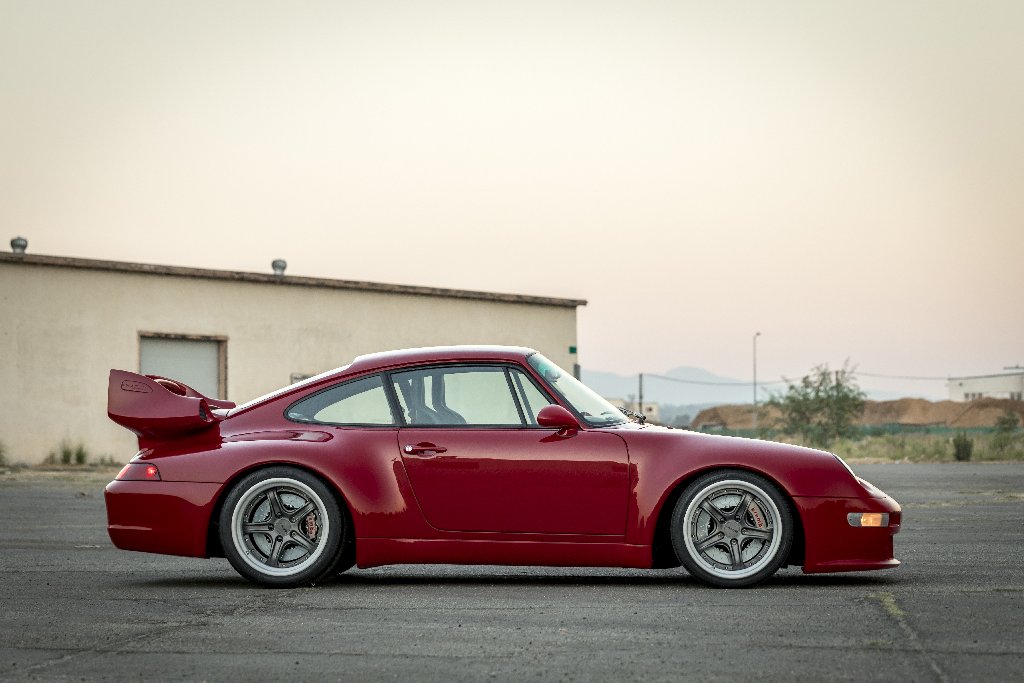 The three-piece aluminum forged wheels are custom-made and the Pirelli P Zero Rosso tires measure 245/35-18 and 315/30-18. The contact pressure of the aerodynamics in conjunction with our KW Clubsport coilover kit really allows the 911 to stick on the road. 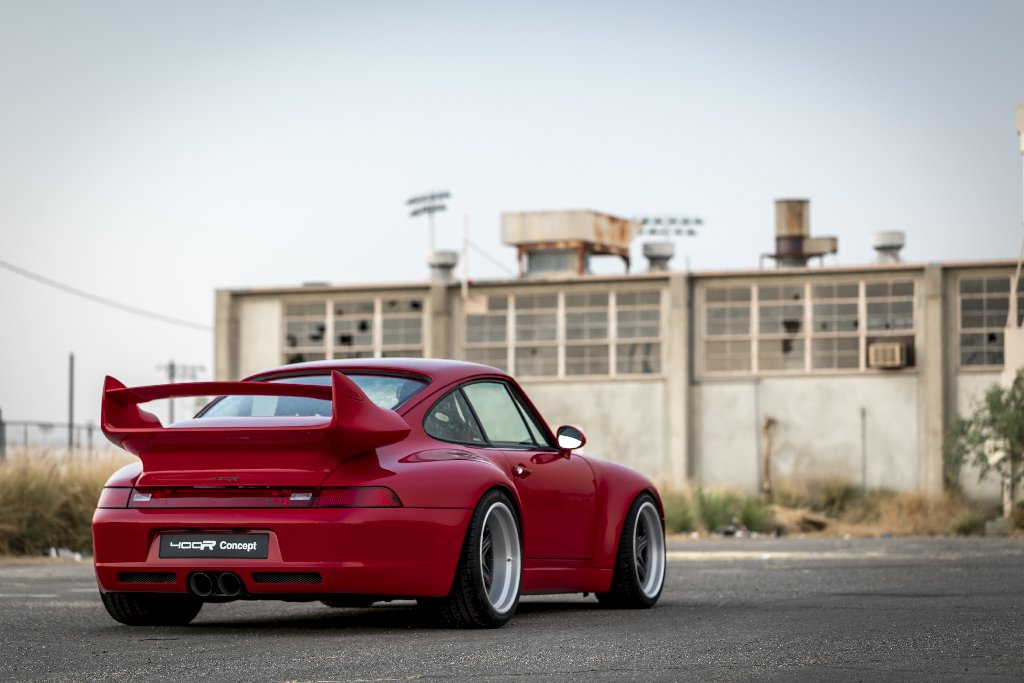 Did I already mention that the 993 grew by approx. 30 mm on each side through fenders, and that the Gunther Werks team of 35 people invested more than 5,300 working hours into the 400R? 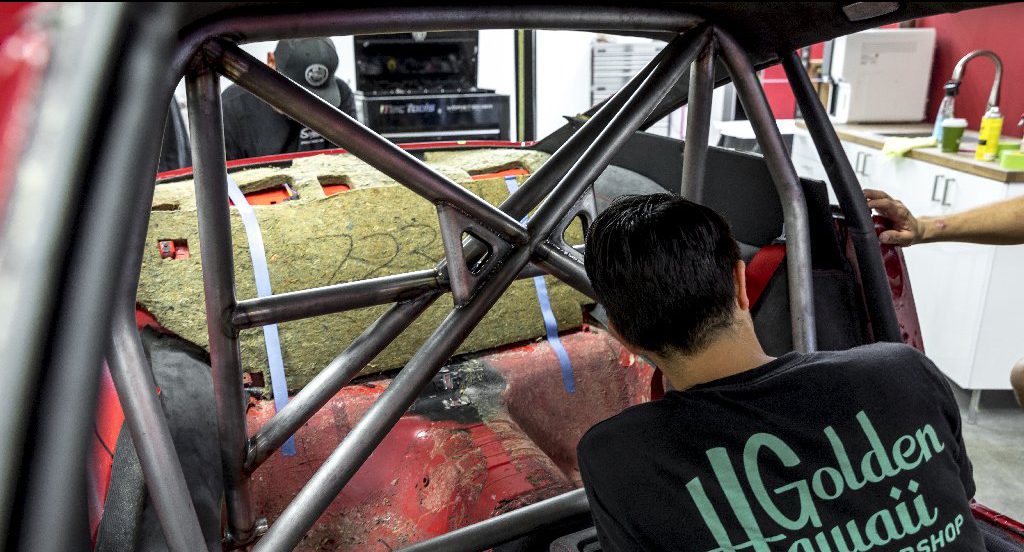 Just the completion of the interior, with the welded and multi-strutted roll-over bars, took forever. Despite the bars, the 400R is not a spartanic “Motorsport-Porsche”. 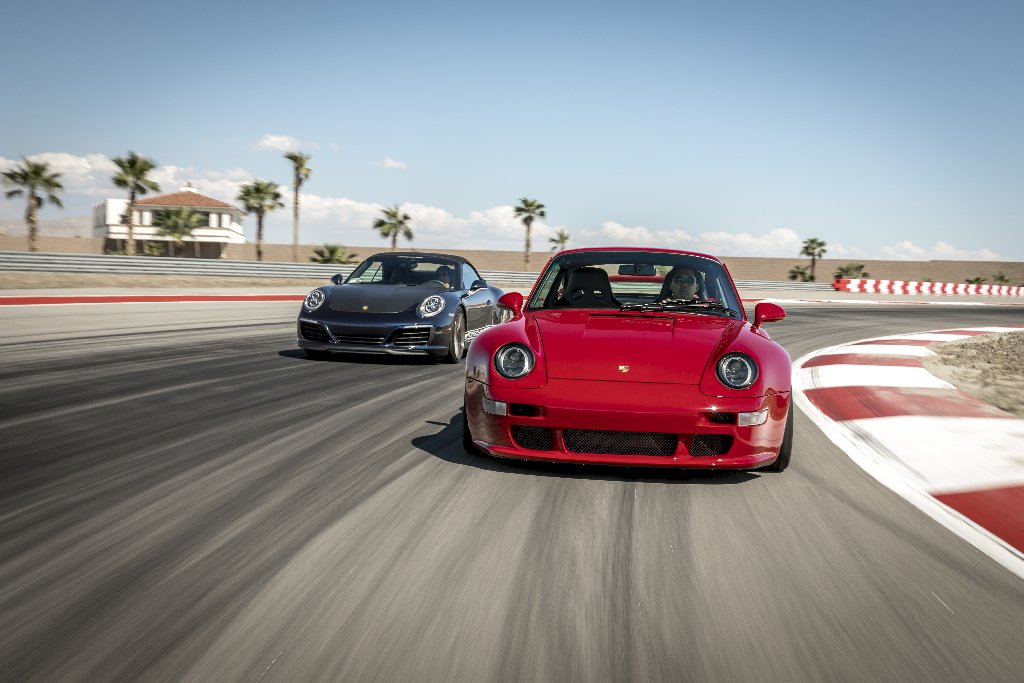 The Gunther Werks with its motorsport genes and the KW Clubsport coilovers are made for track days. 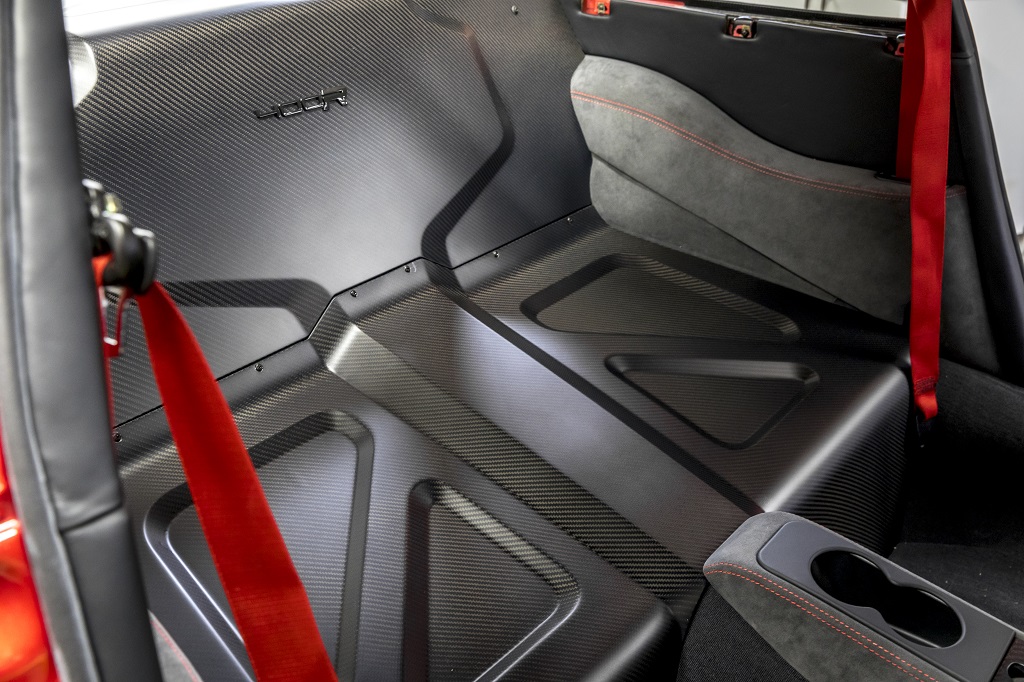 If preferred, one can order their 400R without roll bars; but in my opinion, the roll bars are a must have! 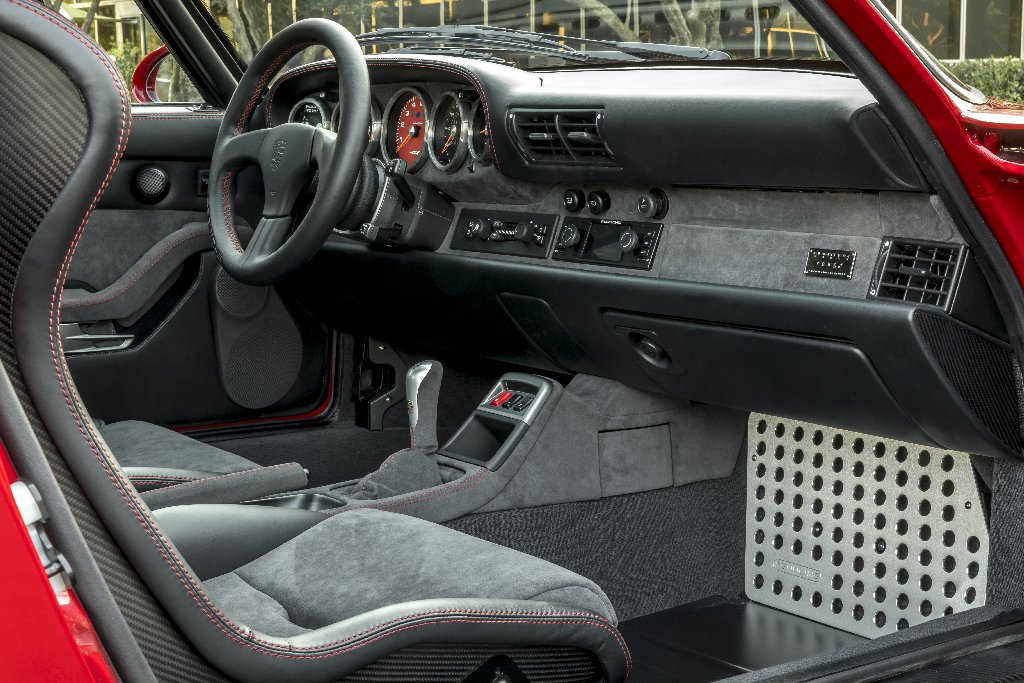 For the total 25 limited editions examples of the 400R, several options will be available for the interior with Alcantara full equipment and the carbon bucket seats. 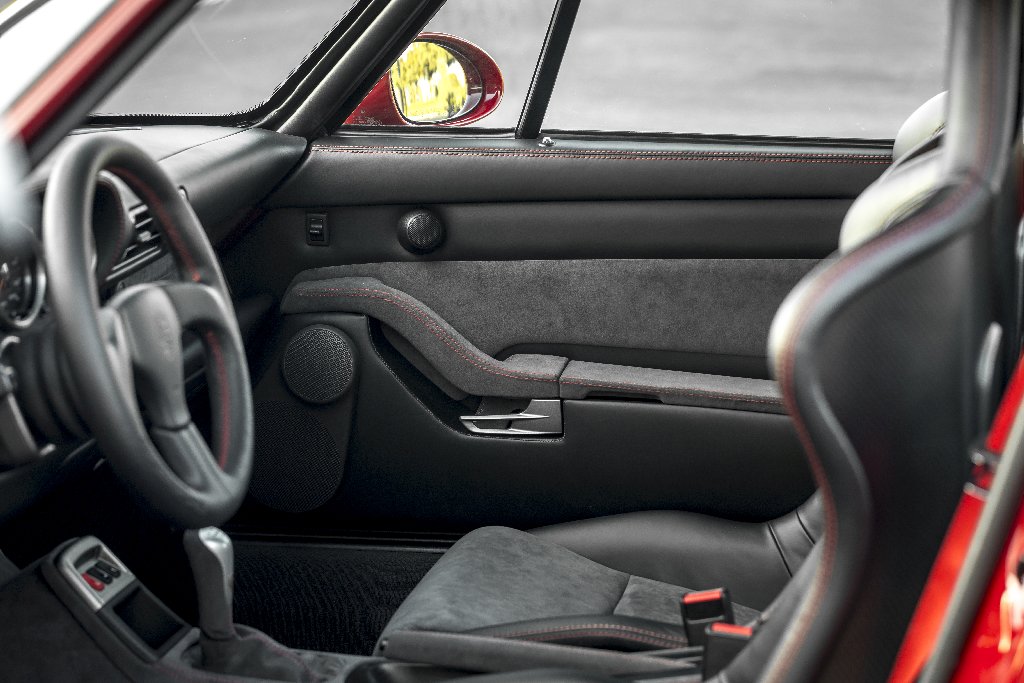 So it is not a problem – as long as the necessary budget is available – to match the color of the interior to the totally 18 selectable vehicle colors. 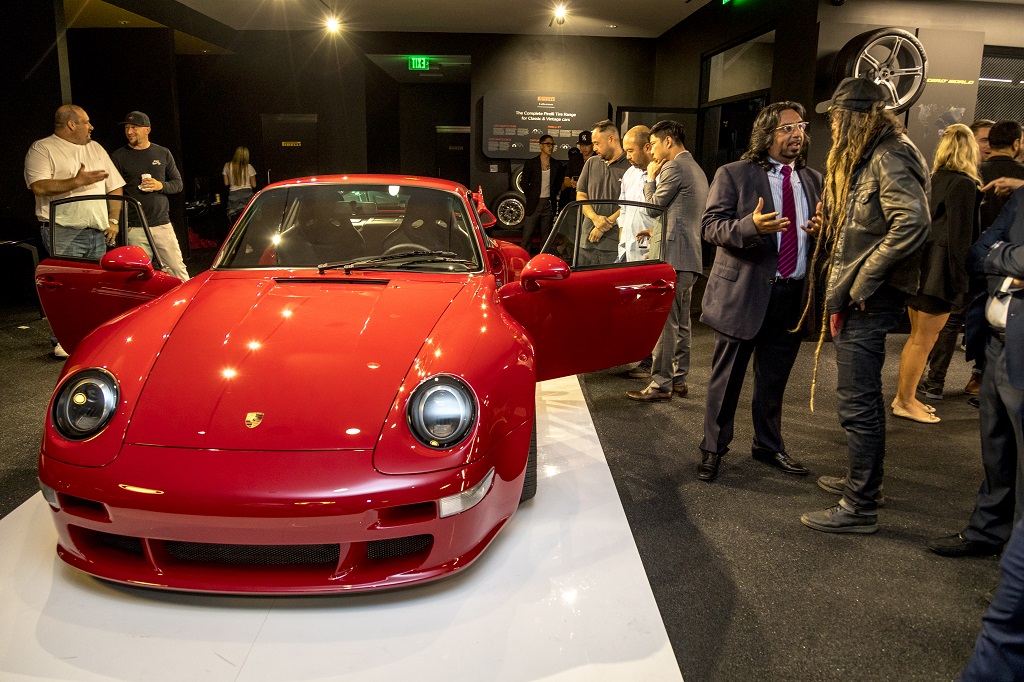 The Gunther Werks 400R goes down well, not only with purists and professing Porsche fans; also the international specialist press is also excited about the “Über-Porsche”. By the way at the SEMA the 911 was the only non American car at the “Battle of the Builders” and already 17 Gunther Werks 400R are pre-ordered.

ADAC TOTAL 24h Race Nürburgring 2021: Our winners in the Eifel

Lots of driving dynamics: driving an Alfa Romeo 4C is even more fun with a KW coilover

ADAC TOTAL 24h Race Nürburgring 2021: 61 cars will start with our KW suspension in the Green Hell